News
You are here: Home1 / News2 / Development3 / International Rivers – an organisation well worth being friends ... 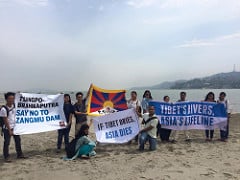 Since 1985, International Rivers has been at the heart of the global struggle to protect rivers and the rights of communities that depend on them. As they are the leader in the fight for the preservation of rivers, we will be doing a three part introduction to them. They are a vital organisation for all river users to know about and are key in the aim to unite us all in the fight for the protection and conservation of rivers for us now and for generations to come.

We spoke to Sarah Bardeen, their International Communications Director.

What is International Rivers?

“International Rivers is a Berkeley-based non-profit with offices on four continents. Since 1985, we’ve been at the heart of the global struggle to protect rivers and the rights of communities that depend on them.

Why does International Rivers exist? Because rivers are under threat.

Consider this: By the end of the 20th century, the dam industry had choked more than half of the Earth’s major rivers with some 50,000 large dams. The number of small dams is even higher.

The consequences of this massive engineering program have been devastating. The world’s large dams have fragmented our rivers. They’ve wiped out species; flooded huge areas of wetlands, forests and farmlands; and displaced tens of millions of people.

While not every dam causes huge problems, cumulatively the world’s large dams have re-plumbed rivers in a massive experiment that has left the planet’s freshwaters in far worse shape than any other major ecosystem type, including tropical rainforests. 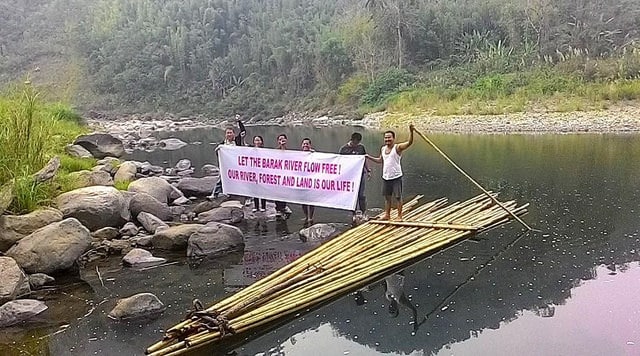 We know that this “one-size-fits-all” approach to meeting the world’s water and energy needs is outdated: better solutions exist.

That’s why we’ve worked to build a global movement to protect rivers. We’ve done it by working closely with an international network of dam-affected people, grassroots organizations, environmentalists, human rights advocates and others.

Our staff hail from at least ten countries, and they are experts on dams, energy and water policy, climate change, and international financial institutions. We focus primarily on Latin America, Asia and Africa.

The work takes many shapes: We work to empower local people to demand their rights and change the terms of the debate. We fight to raise awareness, promote solutions and – most importantly – stop destructive projects.

We know a better way is possible – development should never force a trade-off between healthy rivers and the rights of local communities. We envision a world where water and energy needs are met without degrading nature or increasing poverty, and where people have the right to participate in decisions that affect their lives. Join us!”

Thank you, Sarah, for your introduction – we look forward to learning more about International Rivers and what they do in Part 2.

And you, dear readers, join International Rivers and let’s preserve our rivers.

If not us, who? If not now, when? All for Free Rivers, Free Rivers for all!

Raft Cross race to be held during WRC 2016