I had the pleasure of once again attending the EC R4 in Wildalpen, Austria, on the Salza River. This year the event was also a World Cup Series event as well. Wildalpen hosted 30 teams in the men’s and 13 in the women’s competition, as well as 3 teams in the U19 men’s category,. The organisers were Rafting Sport Salzatal.

The competition began with a night time Sprint. Wildalpen put on a cold night which was only just bearable (video).

On the test of the speed, in the men’s competition, the best was Dajak klub from BiH, with a time of 1: 00,54. In less than one second behind them in 2nd place came the team Schwaben Augsburg 1, while the third place was taken by a fantastic team from the Netherlands – Holland4rafting.

In the women’s competition, Czech team RK Troja Coromoro took first place, while 2nd were the ladies of the Italian team, Italy OW 2 and the 3rd was RT Denmark Ladies.

In U19 men’s category the first was Italy 5 U19 Sterzing with second place being taken by the Slovaks – Sky Rafters U19, and the third Slovenia’s Gimpex U19.

The day ended with a great gathering which was an introduction to what the party would be like on the following night.

On Saturday morning the H2H started. A beautiful sun that day facilitated the athletes who were paddling in the cold Salza River. And so started the next discipline, the eliminations until the final winners. 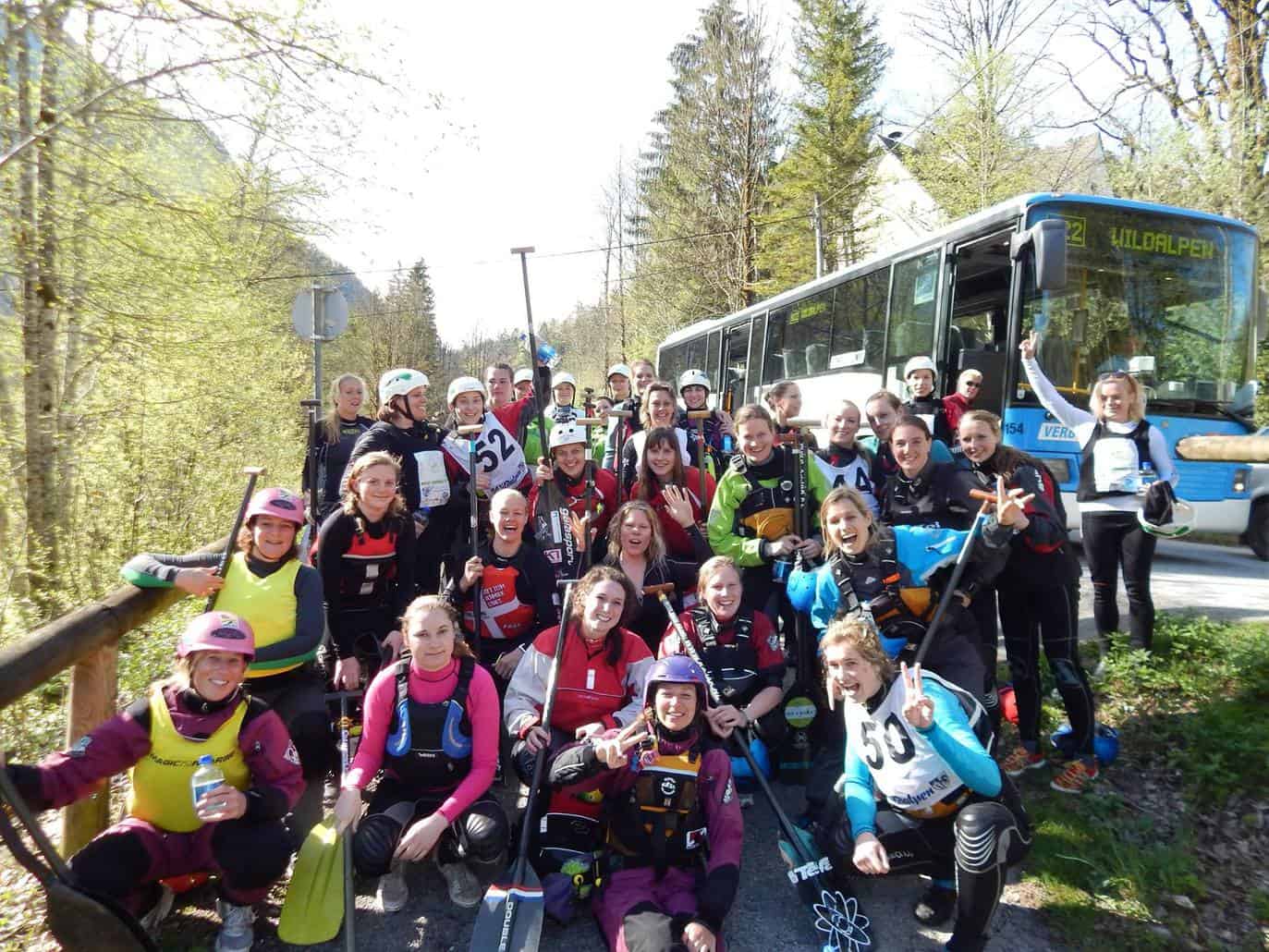 H2H, is exciting to watch, especially when teams forget the rules for this discipline and are disqualified, or when someone breaks their paddle in the heat of the fight. First started the ladies. Two anchored rafts were used in the centre of the river to position and hold the racing rafts until the sound of the siren. Most teams struggled for a better route between the rocks on river right, and some girls opted for a slightly slower flow on river left right at the start which would then not result in a fight between the teams at the start

After a short break came Slalom, which always starts in the evening. The women started when it was still light, and the men finished under floodlights. The water level was much lower than last year, but the Slalom course was not easier. 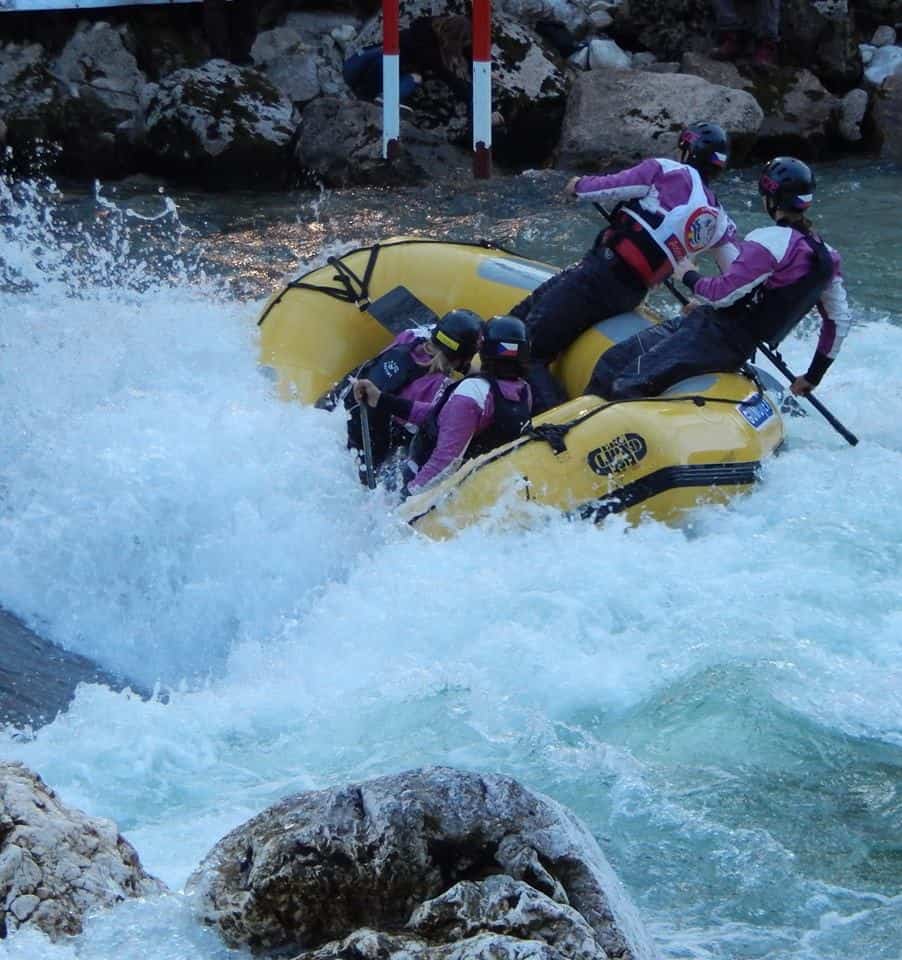 And this time the party that night, with fireworks, was excellent! Sorry, no pictures. :)

Next morning in the Downriver guess who started first – the women! They were arranged in two groups: Video of Group 1, Video of Group 2 . They finished the race in the following order: 1. RK Troja Coromoro, 2. RT Denmark Ladies, 3. Italy 2 OW. 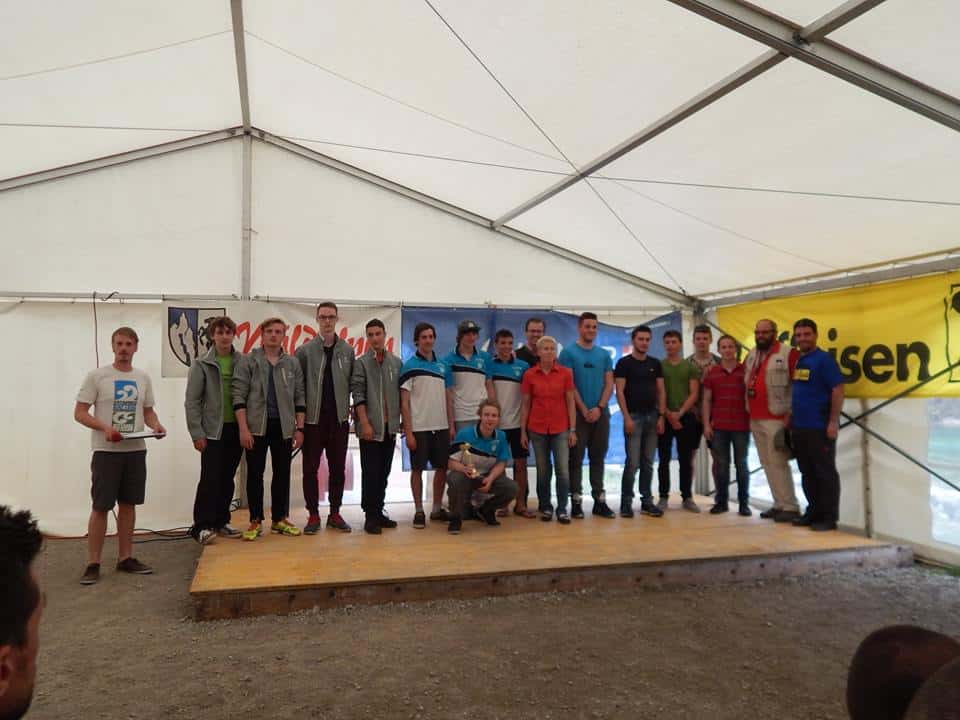 These results will now go towards the World Cup Series as well – the next in that series is in China from the 16 to 22 July – that promises to be an event not to be missed!

I would like to thank the organizers who once again welcomed us so nicely, and Camping-Wildalpen for the camping place, Rafting Club MRI for transport to Wildalpen, RT Austria U23 for using their club house to work in, and I’m sorry if I have forgotten anyone.

It’s hard to believe that we had nice sunny weather during the EC/ WC Wildalpen this year, but the proof is in the photos and videos. Plus fireworks and that party! The organization of the competition was once again fantastic. Yes we come to the competition to compete, but it is such a great event to meet with old friends as well. Wildalpen is a place well known for that. See you next year rafting folks ;)