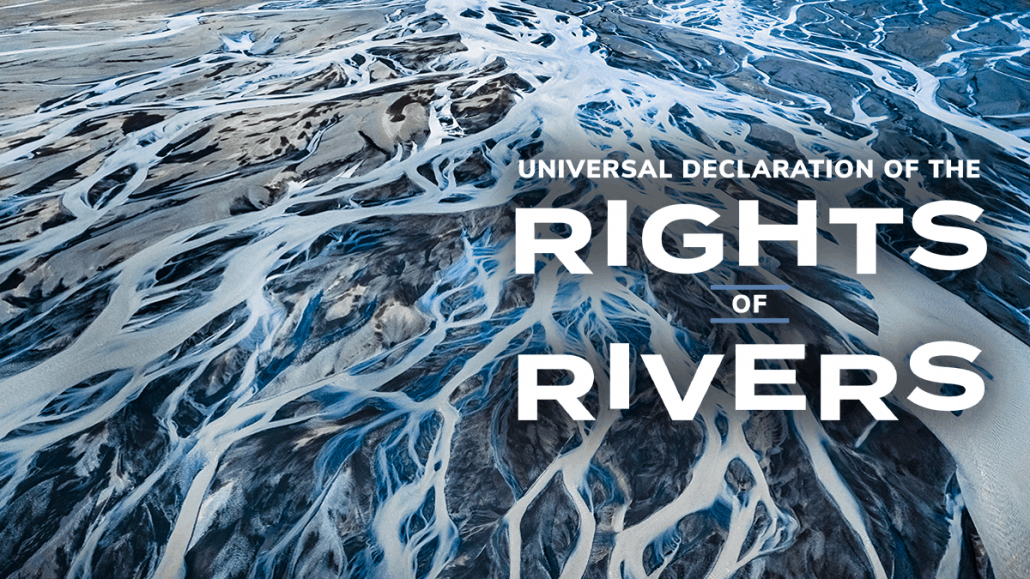 Advocates from across the globe gathered at the IUCN World Conservation Congress (both in person and remotely) to highlight the precipitous growth of the movement to recognise the rights of rivers and watersheds. The conference also marked the approximate one year anniversary of the formal launch of the Universal Declaration of the Rights of Rivers (“Declaration”), a civil society initiative to define the basic rights to which all rivers are entitled. According to its proponents, the Declaration intends to build awareness and serve as a customisable legal model for governments wishing to join the rights of rivers movement.

Over the past year, rights have been recognised or declared for (at minimum) Boulder Creek and the Boulder Creek Watershed (Nederland, USA, mirroring some language from the Declaration), the Magpie River (Canada), waterways in Orange County, Florida (USA), the Alpayacu River (Ecuador), and the Paraná River and Wetlands (Rosario, Argentina). In contrast to traditional environmental laws that recognise Nature as mere human property, this legal precedent acknowledges that rivers, watersheds, and other natural entities are living entities with rights.

Advocates have also submitted a multitude of amici curiae briefs in defence of the ‘rights of rivers’ that specifically reference the rights recognised in the Universal Declaration of the Rights of Rivers, including briefs seeking to protect the rights of the Dulcepamba River, Piatúa River and Nangaritza River in a series of cases currently before the Constitutional Court of Ecuador.

Another amicus brief seeks to protect the Marañon River in Peru based in part on the Universal Declaration of the Rights of Rivers. In one instance, an administrative body in Ecuador upheld the rights of the Dulcepamba River and ordered protection of its flows.

The momentum towards the rights of rivers is growing as a response to mounting global threats to rivers and freshwater ecosystems. According to the 2020 Living Planet Index, 944 monitored freshwater species declined by an average of 84% between 1970 and 2016. Due to an onslaught of dams and other infrastructure, only 37 percent of rivers longer than 1,000km still flow freely.

The notion of recognising the personhood or rights of rivers gained global attention in 2017. That year, a treaty agreement between the Whanganui Iwi (a Māori tribe) and the Crown Government recognised the Whanganui River as a legal person, a Constitutional Court decision in Colombia recognised the rights of the Atrato River, and a court in Uttarakhand, India, recognised the Ganga and Yamuna Rivers as legal persons with rights (later stayed). In 2008, Ecuador became the first country to constitutionally recognise the Rights of Nature.

“It is obvious that effective river management works best at the basin scale, and ‘river rights’, as described in the Declaration, is a very important way of achieving this and ensuring protection of ecosystem integrity.” –Angela Andrade, Chair of IUCN’s Commission on Ecosystem Management

“The playbook for protecting rivers and watersheds must evolve beyond the traditional environmental law approaches we’ve been using since the 1960s, as such laws are helpful but grossly inadequate. The Declaration is a useful legislative starting point for those wishing to promote new, Earth-centred legal protections for fresh waters.” – Grant Wilson, Executive Director of Earth Law Centre

“Rivers across the planet are ribbons of biodiversity that are facing unprecedented threats due to climate change and dam building. Rights of Nature for Rivers offers a path forward that combats these threats and gives rivers their rightful protection as the planet’s life-saving arteries.” – Gary Wockner, Co-Founder of Save The Colorado and Founder of Save The World’s Rivers

“Our current laws are not rising to address the climate and biodiversity crises. Freshwater ecosystems need permanent protections to sustain water quality, food security, and human rights. A Rights of Nature approach offers transformative change at a time where it could not be needed more.” – Monti Aguirre, Latin America Manager at International Rivers

Find more on the Universal Declaration of the Rights of Rivers, visit www.RightsOfRivers.org