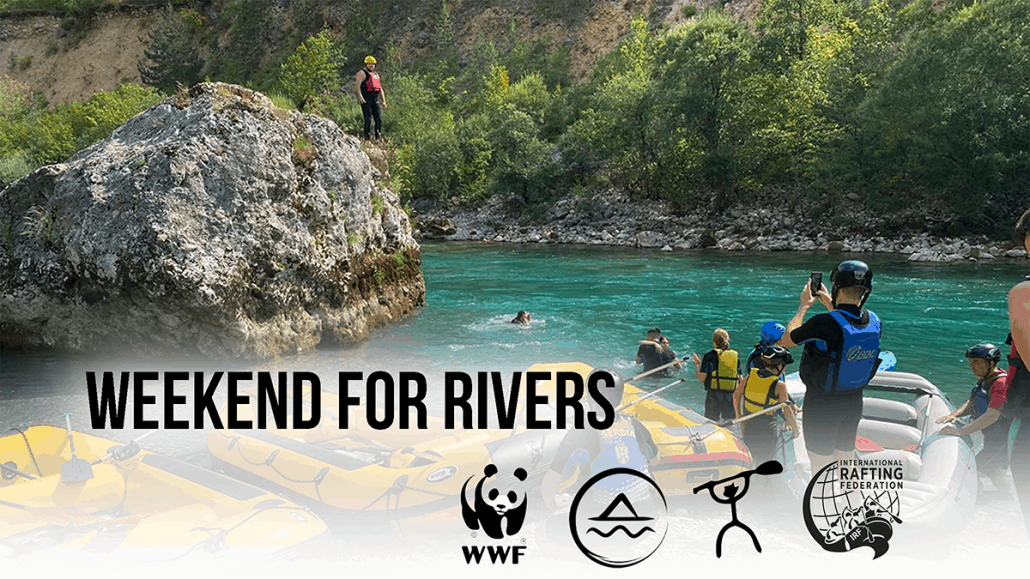 As announced, on August 21, river and rafting enthusiasts, rafters from all over the Balkans and their guests gathered on the Tara River to mark the “Weekend for Rivers” supported by WWF Adria and the International Rafting Federation. The gathering sought to raise the voice for local rivers and pointing out the importance of preserving the Tara River and all its values ​​that are in danger of being lost if the proposed development of hydropower continues. 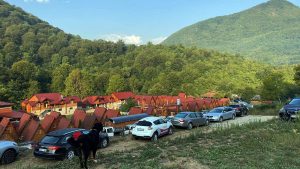 The gathering began on Friday, August 20 in the evening when groups of rafters began arriving at the TARE CANYON and TARA RAFT camps, sponsors of the event and two of the approximately 25 rafting camps in the locally affected area. There were rafting clubs RK “PLIVA” Sipovo BiH, RK “TIFRAN” Pancevo Serbia, RK “JAJCE” BiH, RK “ZEPCE” BiH, RK “TUZLAK” Tuzla, BiH, GSS Jajce BiH, RK “VISOKO” BiH, RK “EKO VIKING” Visoko, BiH followed by the club of extreme sports PUSTOLOV Stari Banovci, Serbia, as one of the initiators of the event. Twenty five members of the racing club “CAPITAL CREW” from Belgrade, as great nature lovers, also responded to the invitation to attend the event, expressing their desire to try rafting on the crystal clear waves of Tara. Representatives of WWF Adria and IRF were also present. The gathering and the joy of seeing each other again in a familiar environment was marked by a celebration with a concert by a local band.

The following day, on Saturday August 21, all those present started preparations for travelling their favorite river, the Tara. Van transport of participants and boats to the starting position Brstanovica, away from the camping center Bastasi about 25 km was provided by the host camps KANJON TARA, while the camp TARA RAFT organized the cleaning of the river on the same stretch. About 100 participants headed to the start in advance, looking forward to socialising in the beautiful surroundings and colors of the Tara River canyon. The starting position in Brstanovica was full of equipment of rafters and their 15 boats in the morning, which were waiting in the turquoise water for all participants to be deployed and sail back to the rafting center in Bastasi. Along with the boats with the participants, there were also boats for collecting waste, more precisely discarded car tires that were collected during the descent. 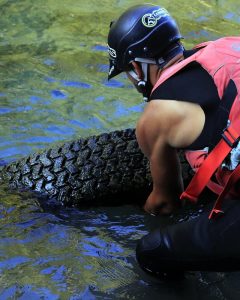 Unfortunately for all participants, none of the invited local state sponsored media showed interest in covering the event, but all participants tried to post their photos and impressions on social media profiles with the help of WWF Adria and IRF representatives. As true ambassadors of the rivers, we managed to show a part of the beauty of the canyon of the river Tara as well as to point out the irreversible damage that will be done to that pearl of nature if the planned dams are built.

The event ended on Sunday, August 22, with the rafters leaving rafting centar Bastasi and hoping to have a place to return and celebrate the beauty of Tara for many years to come.