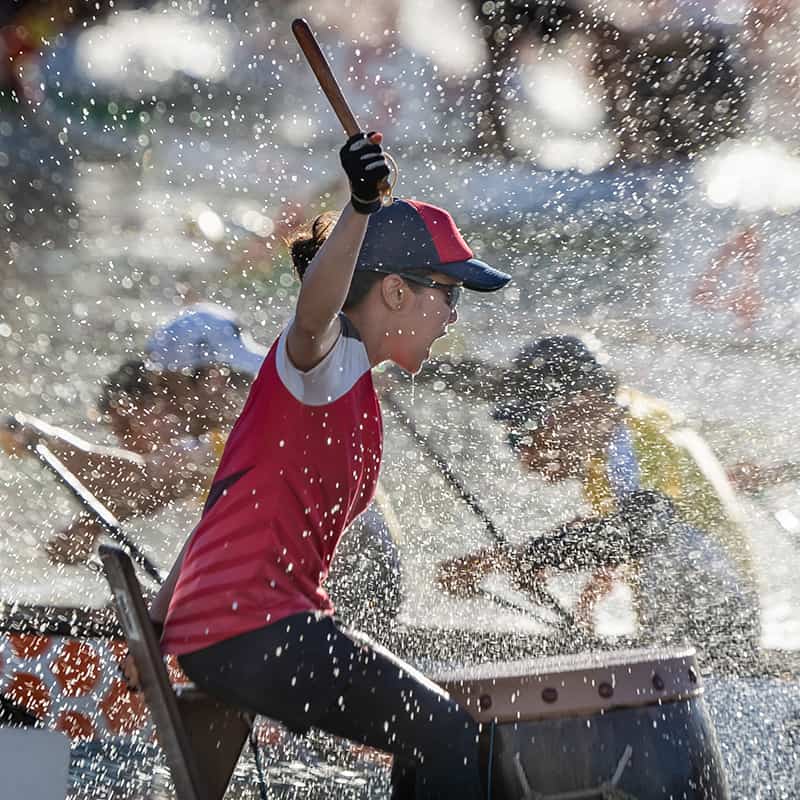 Many a dragon boater has crossed over and raced in rafts, and vice versa. And so it is with many other sports. Therefore over the coming months we will be presenting the history of other paddle sport organisations as we also look into expanding our friendships with these and other organisations.

Dragon boating has a long and revered history (older some say than rafting!). The dragon has a very symbolic meaning for the Chinese. A classic dragon has: the head of an ox, a deer’s antlers, the mane of a horse, the body and scales of a snake, the claws of an eagle and the tail of a fish. With its strength and power the Dragon rides the clouds in the sky and commands the wind, mist and rain.

The Dragon Boat is deeply embedded in China’s ‘Dragon’ culture, with each boat having an ornately carved dragon’s head at the bow and a tail in the stern. The hull is typically painted with dragon scales. The paddles symbolically represent the claws. In IDBF Sport Racing there are generally 18-20 paddlers per standard size boat plus a drummer and a helms-person (Steerer). In traditional festivals the boat designs and crew numbers can vary from 10 up to 50 or more paddlers. Dragon boat races are a colourful spectacle, with at least two boats competing against each other over distances from 200 to 2000 metres and above. Not only are strength, endurance and skill important but teamwork and harmony of purpose.

In ancient China the Dragon Boat was used for religious purposes as a way of appeasing the rain gods. Later Qu Yuan, the great warrior poet, committed suicide in the river Mi Lo, as a protest against the political corruption of the day. To commemorate this sacrifice the people began to organize Dragon Boat Races in his memory. Since that time over 2000 years ago, Dragon Boat Racing has become a major part of Chinese culture, representing patriotism and group integrity. 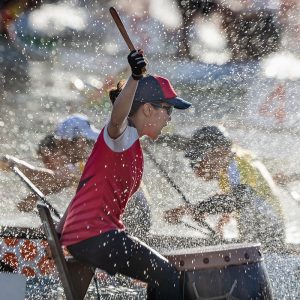 Modern dragon boat racing had its roots firmly planted in the 1970s when the Hong Kong Tourist Association decided to stage an International Dragon Boat Festival to promote Hong Kong. In 1976 the first Hong Kong International Races (HKIR) took place, an event recognized today by dragon boaters worldwide as the start of the ‘Modern Era’ of Dragon Boat Racing. The HKIR developed into an annual festival of enormous success.

Until the IDBF was formed in 1991 and Sport Racing was developed alongside the traditional festival races, the HKIR were the ‘unofficial club crew world championships’ of the sport. Crews who competed in the HKIR then went home and started their own Dragon Boat Associations, followed by the International Federations of the EDBF (European – 1990), the IDBF, 1991 and the ADBF (Asian -1992). Since then the IDBF has established Continental Federations for Africa, Oceania and Pan America. These six Federations’ now govern Dragon Boat Sport as practiced in over 90 countries, word-wide.

Since the formation of the IDBF, dragon boat racing has spread rapidly throughout the world. Today, over 40 years after the first HKIR the numbers show the truly impressive development of modern Dragon Boat Sport. There are nearly 40 million participants in China; over 100,000 in Europe; 90,000 each in Canada and the USA and many thousands in Australia and New Zealand. With the sport now established in the Caribbean, Africa and the Pacific Basin; Dragon Boat Sport, under its governing bodies is a vibrant, effective and independent paddle sport. There were over 6000 participants at the 2018 IDBF Club Crew World Champs and nearly 4000 at the 2019 IDBF World Nations Championships. 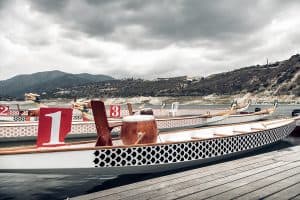 The IDBF became a GAISF member in 2007. The IDBF continues with huge growth in participation and supporter numbers for dragon boat racing around the globe.

The IRF is proud of our close ties with the IDBF, with several top level competitors at IRF World and European Rafting Championships also being competitors (and medal winners) in IDBF sanctioned world level dragon boat events. We look forward to strengthening our relationship with IDBF and other paddle sports.

Read more about the history of the International Dragon Boat Federation (IDBF) here.