So there is fresh blood flowing through this team. Rumours of changes reached us so we thought we’d go and find out what was happening and who we’d be seeing in Indonesia because this team will be there! 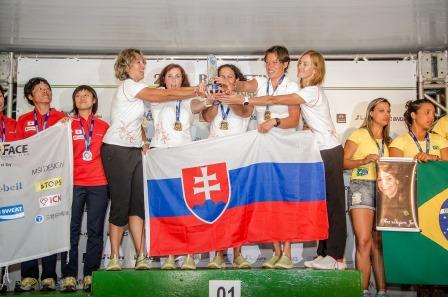 We first introduced Mistral some time ago, and then caught up with them when they became R4 Women’s Euro Champions in 2014, but it’s not possible to write about them every time they climb on the podium because it happens too often – they are an incredible team!

Being nominated for the “World Paddle Awards” was a significant recognition of their achievements. This award celebrates the most remarkable men and women from the world of Paddlesports along with their achievements from the previous calendar year and more. Congratulations to them for that! 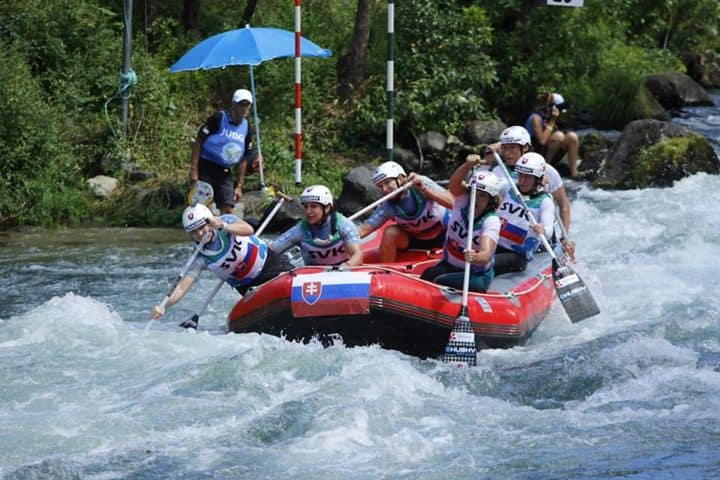 Julia Pavelkova with team mate, Katarina Jadudova, helped us solve some of the mysteries and answered a few questions.

Girls, there are rumours circulating among the rafting community ranging from your team’s total extinction to new girls in the team – can you help clear this up?

“Our New Mistral team will consist of 3 original members: Julia Pavelkova, Veronika Kvetakova and Zuzana Cunderlikova, plus 1 old member Katarina Jadudova , who missed 2 seasons with us, and then Andrea Balazova who has paddled with us from 2012 and then a very new member, Monika Kebiskova, who we borrowed from the junior girls team. 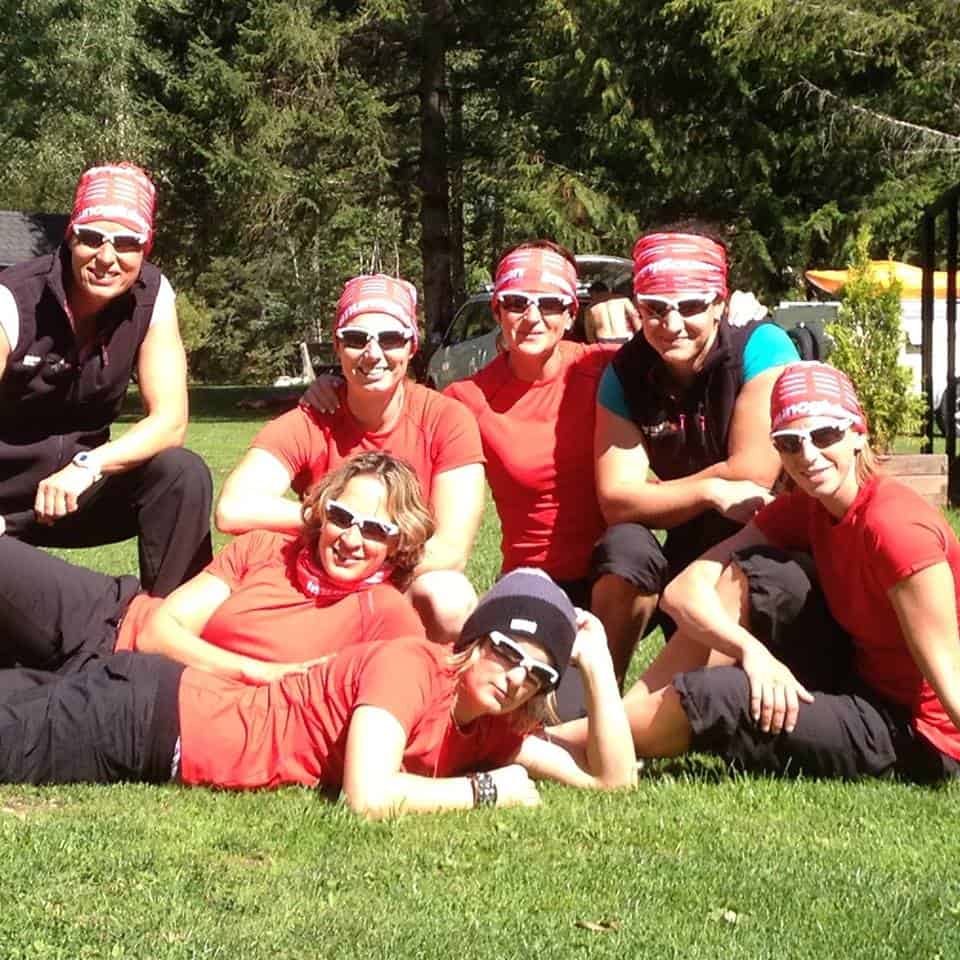 We still need lots of practice on the water to feel like one brain and one body ;) “

You missed ERC R6 in BiH this year, was this because you were in the middle of reforming the team?


“We were not in Bosnia R6 because we were debating as to whether to continue with Mistral paddling or not. It is always difficult to compile 6 “ready to paddle” women in one raft. When we were students without jobs and family duties it was much easier for us. But our love and passion for rafting still lives and therefore we decided to continue but in a slightly new composition.” – Yes, once hooked it is hard to let go! 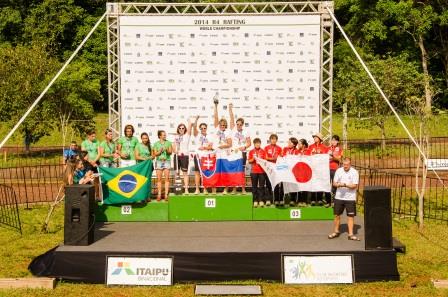 Since World Rafting Champs 2015 in Indonesia will be the first major trial of strength against the other women’s teams, what are your expectations?

“So we will go to Indonesia with a slightly changed team. Some of our previous girls finished their paddling careers in New Zealand (WRC 2013) and some in Brasil (WRC 2014). Our aim in Indonesia is to get some notable achievements but also to pass our experience on to the younger paddlers.

But our biggest wish for Indonesia is to get there safely, paddle safely, meet our rafting friends and come back home safely to our kids and with the good feeling that we did our best :-) And if we win any medals again it would just be an extra bonus for us.” – That is excellent to hear your plan to pass on the knowledge to the upcoming paddlers.

Do you have any plans to go to Indonesia earlier so as to be better acquainted with the river?

“Unfortunately no. Indonesia will be for us a very short trip. We each have work (problems with free time, holiday time), family and we will hurry for the sake of the children. Also we still don’t have enough money for the race.”

This team has caused the Slovakian national anthem to be played so many times at competitions and this is a very good reason to assist them in getting to the competition. You can contact them via their Mistral-Bratislava Facebook page and donate funds for their trip to Indonesia WRC.

Thank you Julia and Katarina for your time and sharing the news with us.

Every team goes through changes during its career, to some of them it happens often (we understand that it is difficult to find six person “ready to go”), and some, like the Mistral, had the good fortune that these changes were very small throughout their career of more than ten years. Such a setting and so few changes surely helped to bring success to the team. The fresh new beginning is also motivating.

We missed Mistral a great deal at the ERC R6 2015, so it’s fantastic that we can see them in the WRC R6 2015. Step by step, the new team will be fit and ready. We will continue to follow them, as well as any changes to this team, and heartily we wish them good stroke and a good time in Indonesia.