As I took my seat on  Finnair flight from Helsinki bound for Bangkok, Thailand I had to take a reality check to see if this was really happening. In the matter of two short weeks and a few emails I was heading to Thailand to run the first ever IRF workshop deep in the jungle close to Chiang Mai. 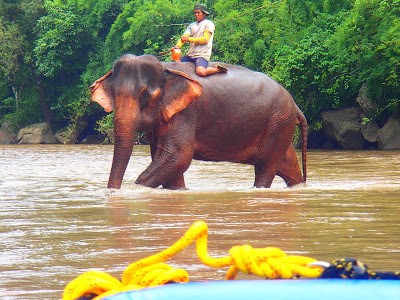 Rafting operations on the Mae Tang river in Chiang Mai only started around 20 years ago but the area now has around 14 companies. 8adventures is the leading company in the area, offering a professional operation to the hoards of tourists wanting to experience the jungle.

Eric had kindly picked me up from Chiang Mai airport and given me the lowdown on the job ahead. My first priority was sleep. After a good night’s sleep at the 8adventures camp it was time to crack on and start the 5 day workshop. To assess the river I joined onto a trip and was pleasantly surprised by 2 things: 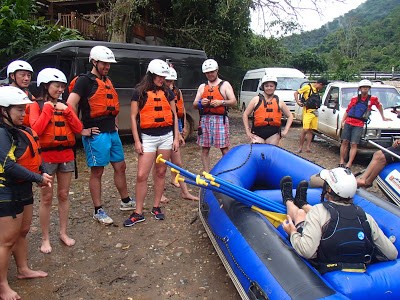 I had planned the workshop over 5 days to allow for extra teaching. None of the guides had ever participated in any type of structured teaching course. I also had to allow for language barriers so the plan was to take things nice and slowly and move at a speed that suited the students on the course. The 5 days were mapped out in the following way. 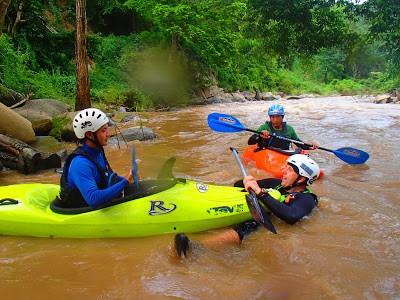 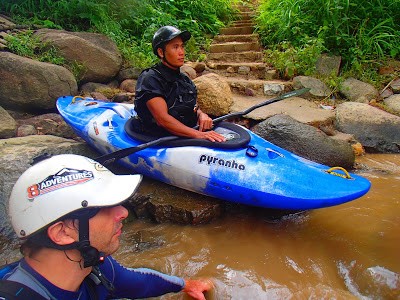 Eric & Sak take it all in. It’s not every day I get to teach a former 2x World Champion & a Thai national champion about kayaking. 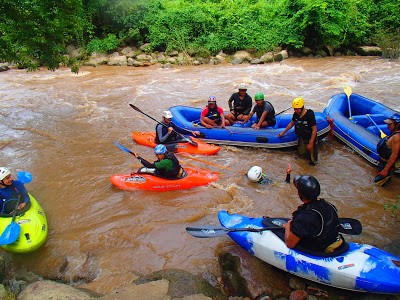 A safety kayaker dealing with an unconscious swimmer 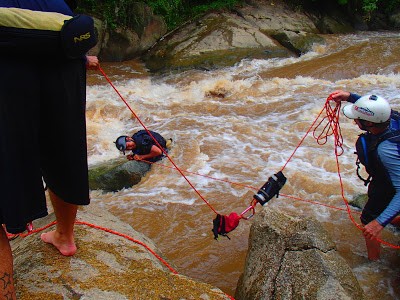 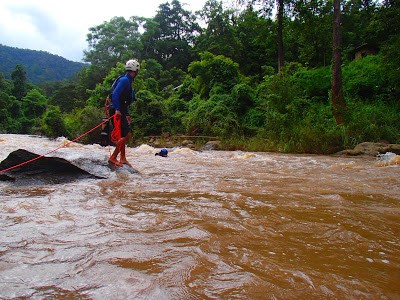 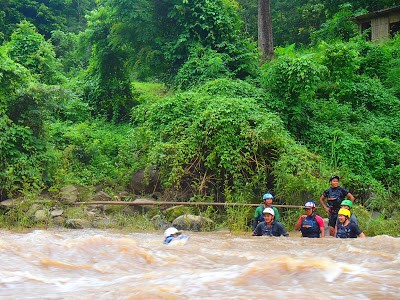 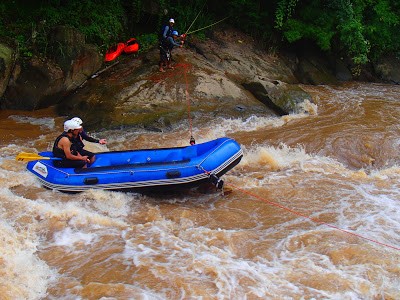 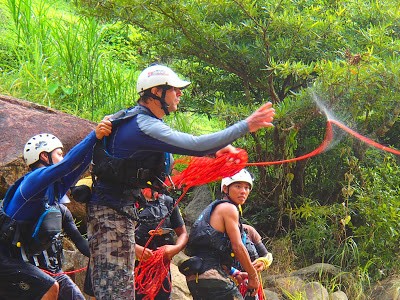 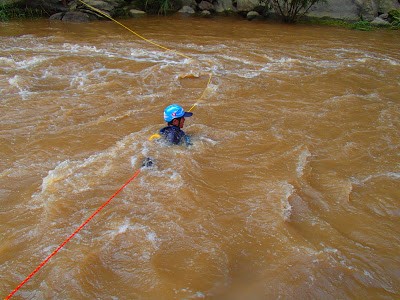 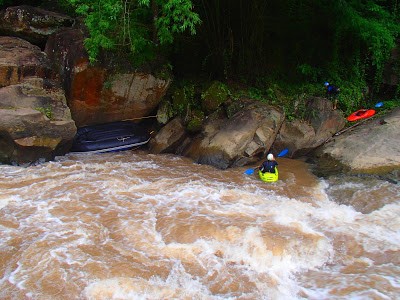 A flipped raft stuck in a boily eddy was used in one of the TL scenarios. (Can you spot the surprise underneath the raft that awaits the rescue team?) 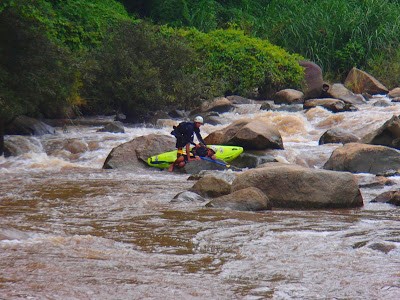 One of the safety kayakers dealing with a stranded customer on the TL scenario. 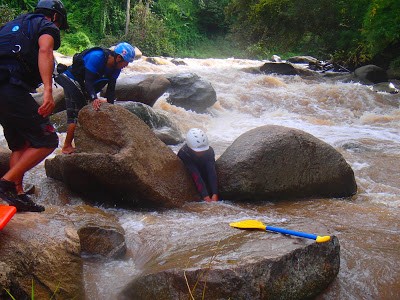 The days were long as they are on all workshops. We started early in the morning and finished late in the evening. The Thai guides really took an interest in the whitewater rescue aspect of the workshop. They had lots of gear and wanted to know how to use it. Now was the time to introduce them to my favourite mnemonic that I find myself using time and time again on workshops

The Nature of the Mae Tang river really keeps the guides on their toes. The river is full of Bamboo strainers mixed in with some fatal sieves. I needed to ensure that the guides really took their time and used the self, team, victim principle to ensure their own safety not only during the workshop simulated rescues but also when on the river operating commercial trips. 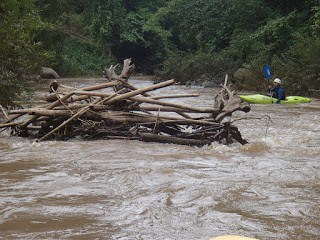 This picture sends shivers down my spine just looking at it 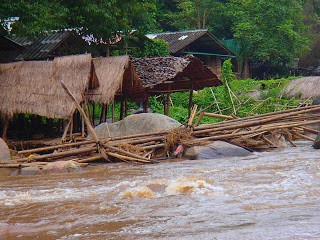 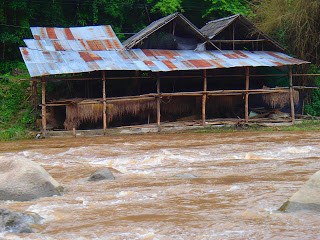 The extra time spent developing the rescue skills of the guides & safety kayakers really helped out during the trip leader scenario tests. Not only had the guides progressed in their understanding of rescue skills and principles, their team work had improved dramatically. Having skilled safety kayakers really made the life of the trip leaders a lot easier during the test.

To sum things up, Thailand now has its first IRF certified guides, safety kayakers & trip leaders. The bonus is the fact they all work daily together for the same company. We shared an inspiring week together. New friends were made and the IRF now has active guides in Thailand. 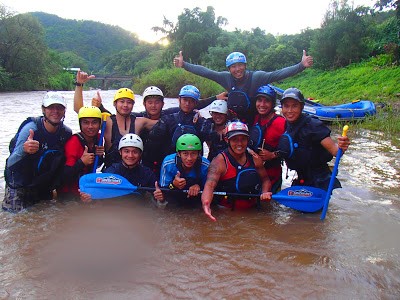 The participants of the first ever International Rafting Federation workshop in Thailand.

I boarded my flight home tired and happy. As I sat down I realized it would all be starting again in 7 days time. This time I would not be in the river deep in the jungle but in the high mountains of the Indian Himalaya on the mighty Zanskar river.

Rafting for People with Disabilities in Iran
Scroll to top