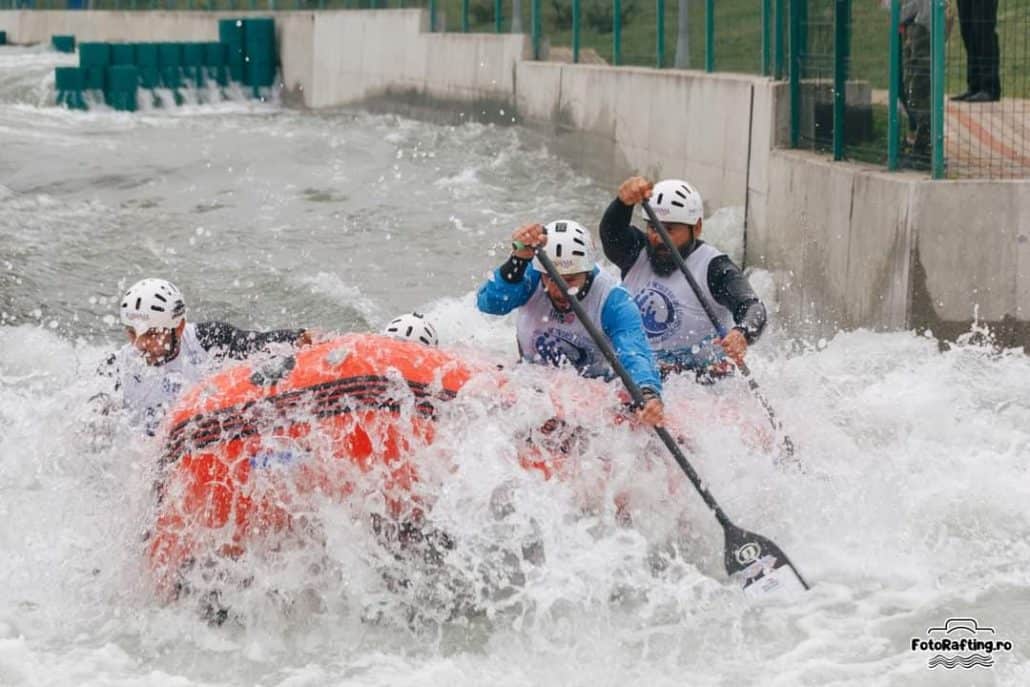 Last weekend Botosani city in northern Romania hosted it`s first Euro Cup together with a kayaking race on the only artificial course in this part of Europe. 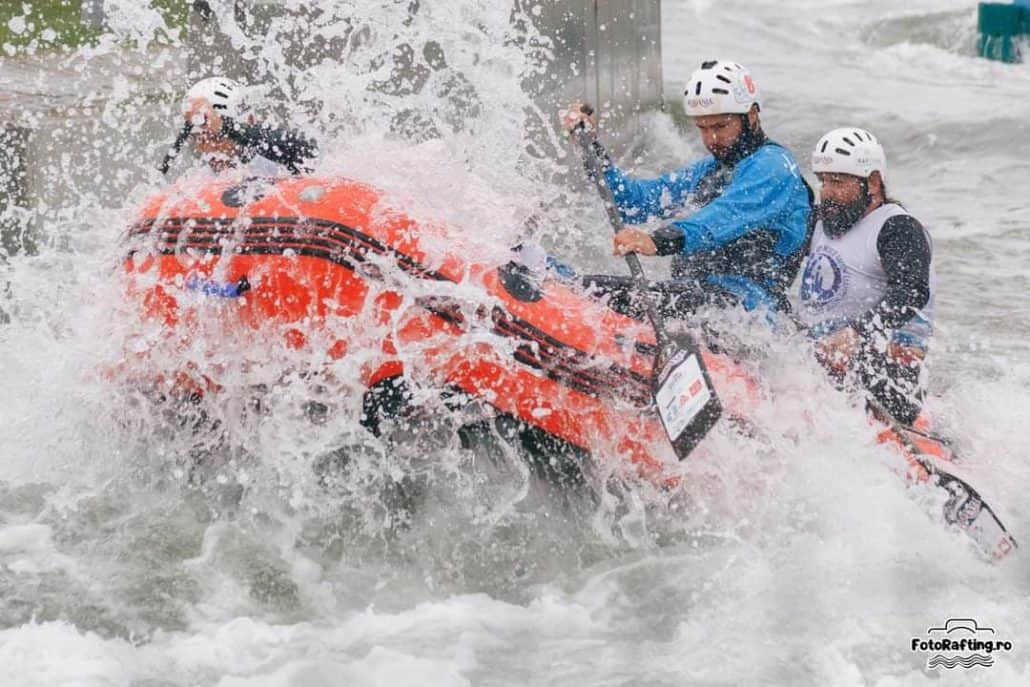 The rafting disciplines were dominated by the Czech team Letgun who finished with a clean sweep of trophies, scoring the highest in each discipline and also managing a beautiful zero penalties slalom run.

Third overall is the “romanian tiger” team, Young Spirit which got the bronze medal in Sprint this year at the world championship in Bosnia.

Ladies teams ranking was subtracted from the general one as they were only two.

Kayak competitions put up a lot of action with the inevitable rolls and swims, especially during the Boater X heats where 2 or 3 kayakers were racing each other in eliminatory runs; safety teams were happy to work and did it with joy, claiming that “it is fun to be in a safety team which gets some real action, unlike usually in our rafting events” :D 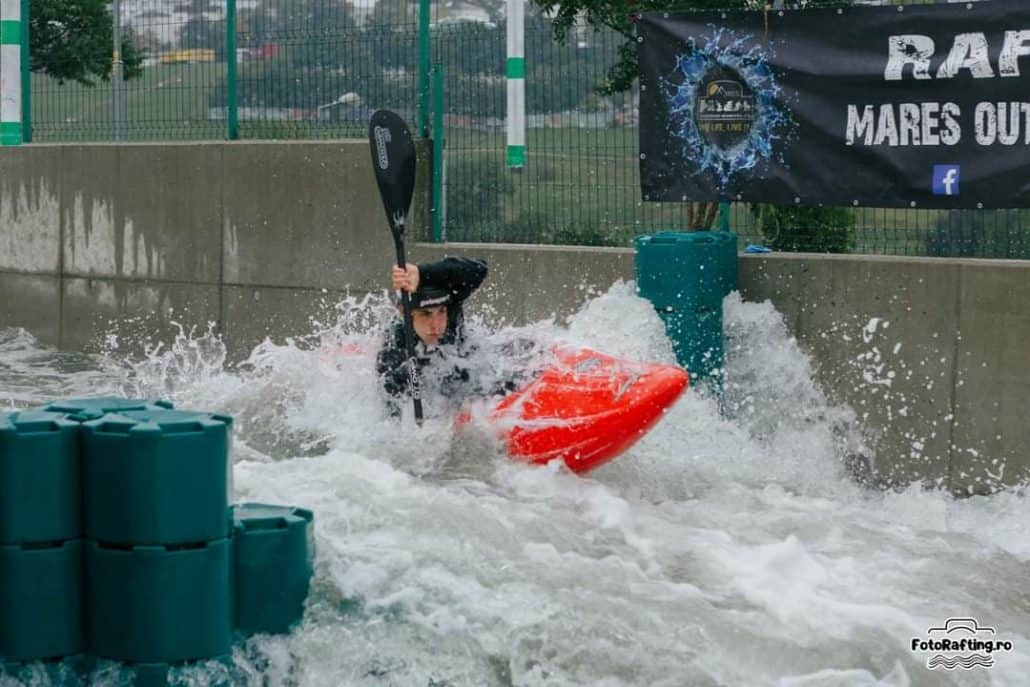 Festive dinner and party lasted until a little after 4 am, for the joy of all participants and maybe slowing down some teams in Sunday`s Downriver. 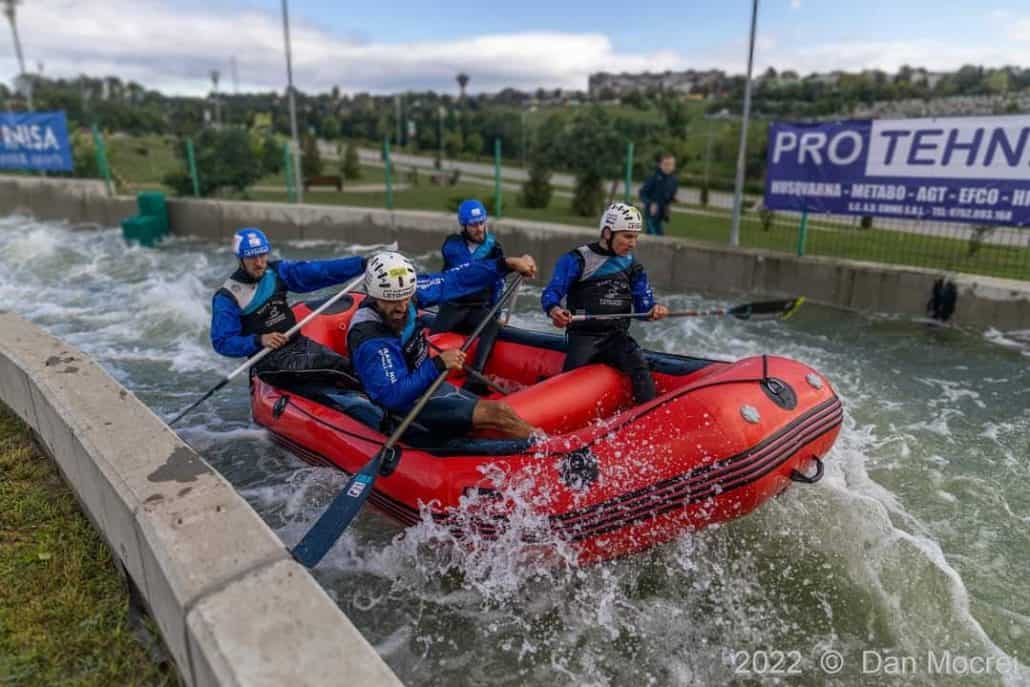 The Downriver consisted in 3 laps of the channel preceded by a short sprint over the lake.

Heats of 4 teams battled each other and finished pretty exhausted, as the competitors say; the effort of carrying the boats out of the water and over the 150 meters long island proved quite a challenge.

Cornisa AquaPark is a widespread facility which, besides the artificial river, includes indoor/outdoor swimming pools and toboggans, wellness area, a skate ring, climbing wall and various sports fields as well as a theatre and meeting areas. 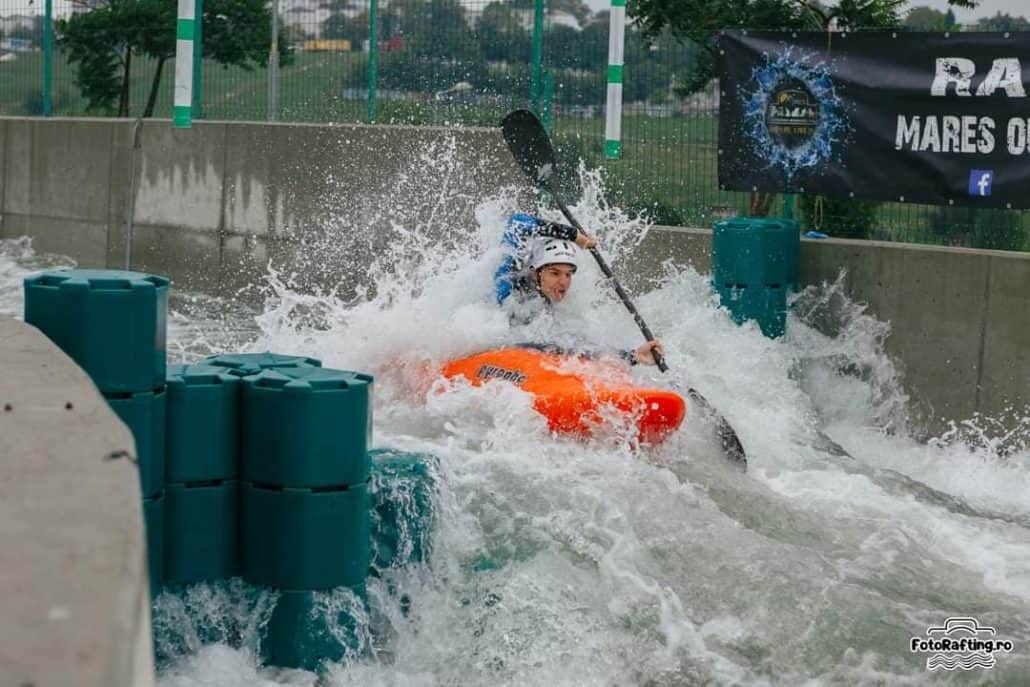 Local authorities with the support of Romanian Professional Rafting Association (APR) are aiming high, at bidding for hosting Euro Championship in the very next future.

For that reason teams are invited to visit us and practice throughout the year (price of living and river access have unbeatable prices, too). 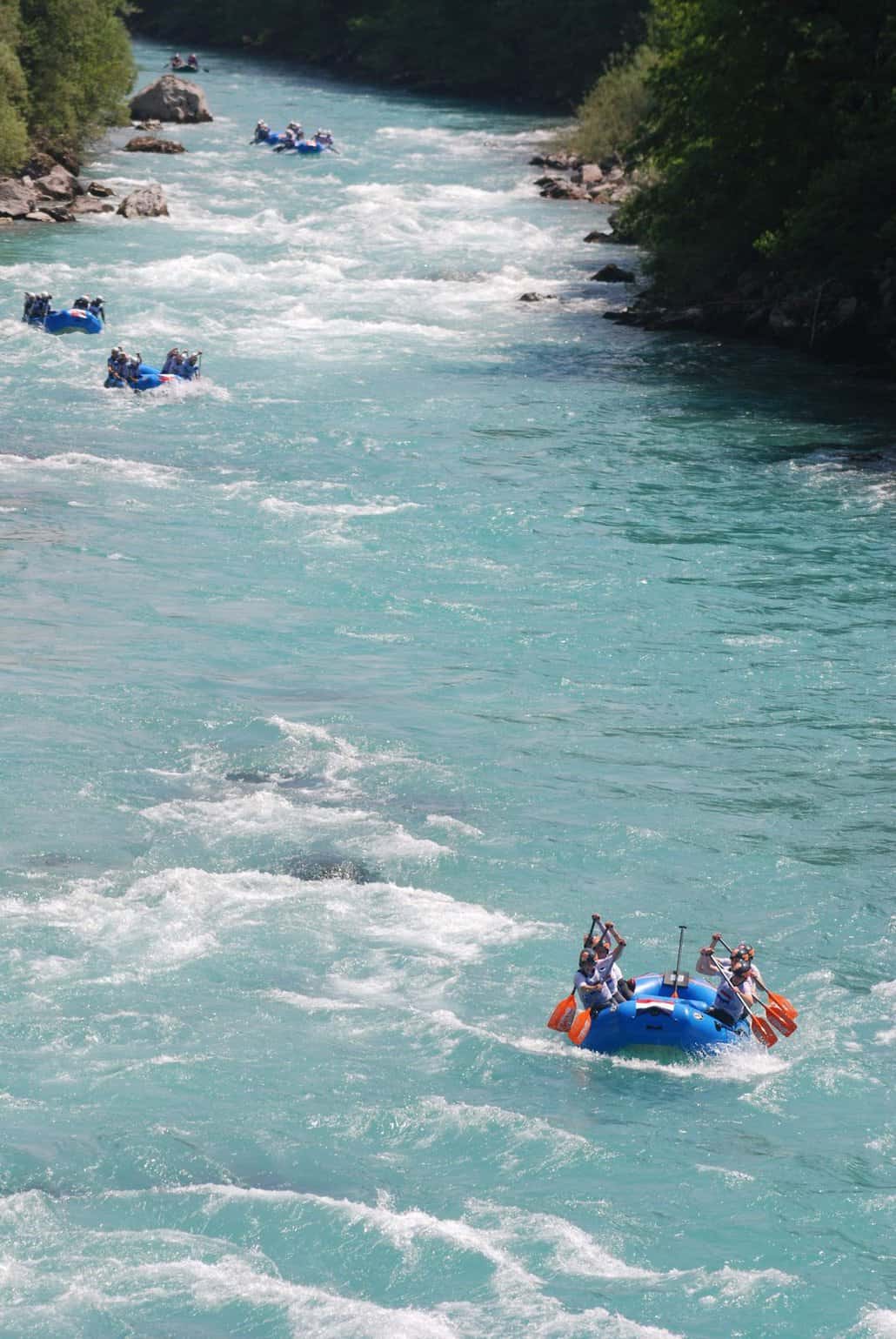 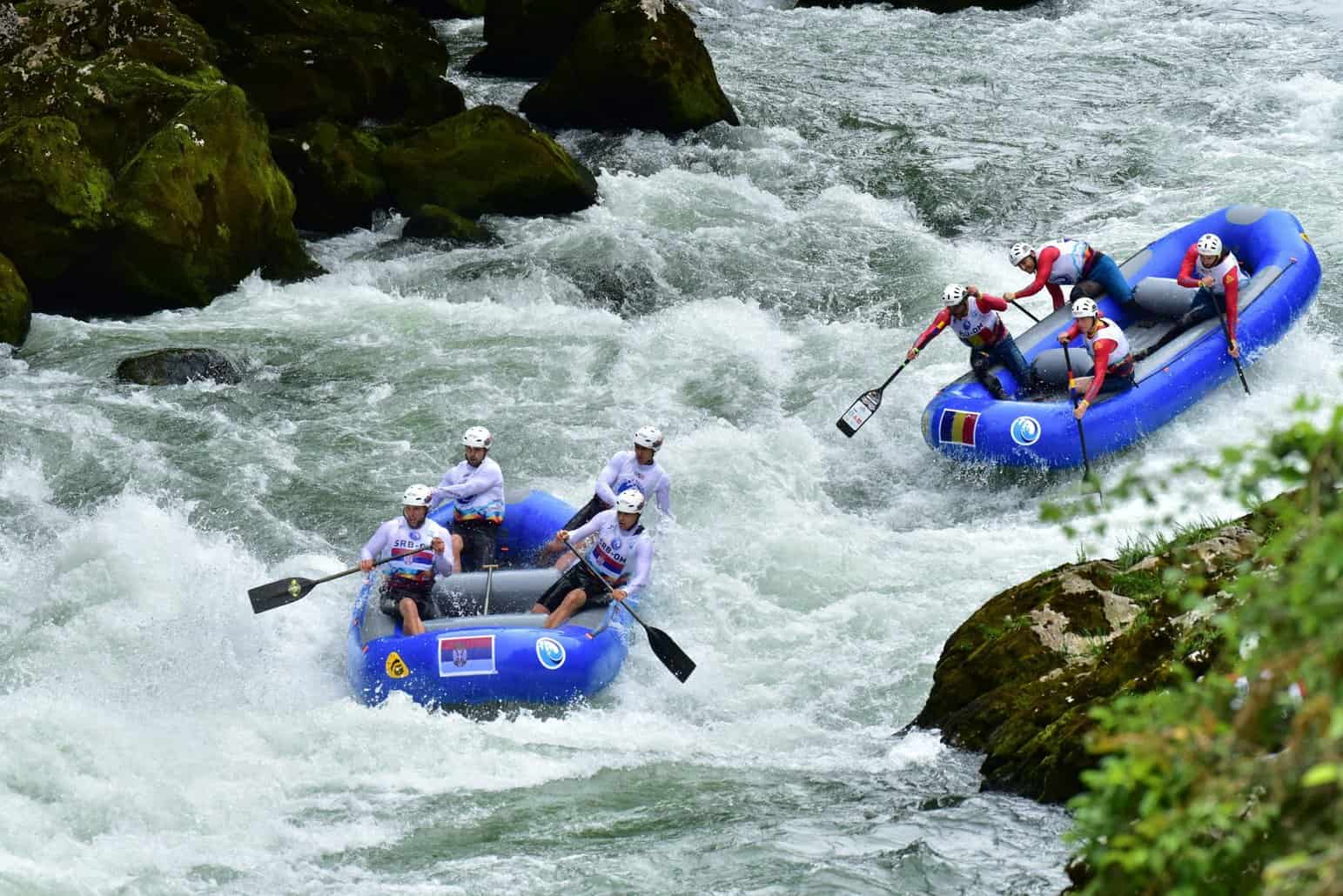