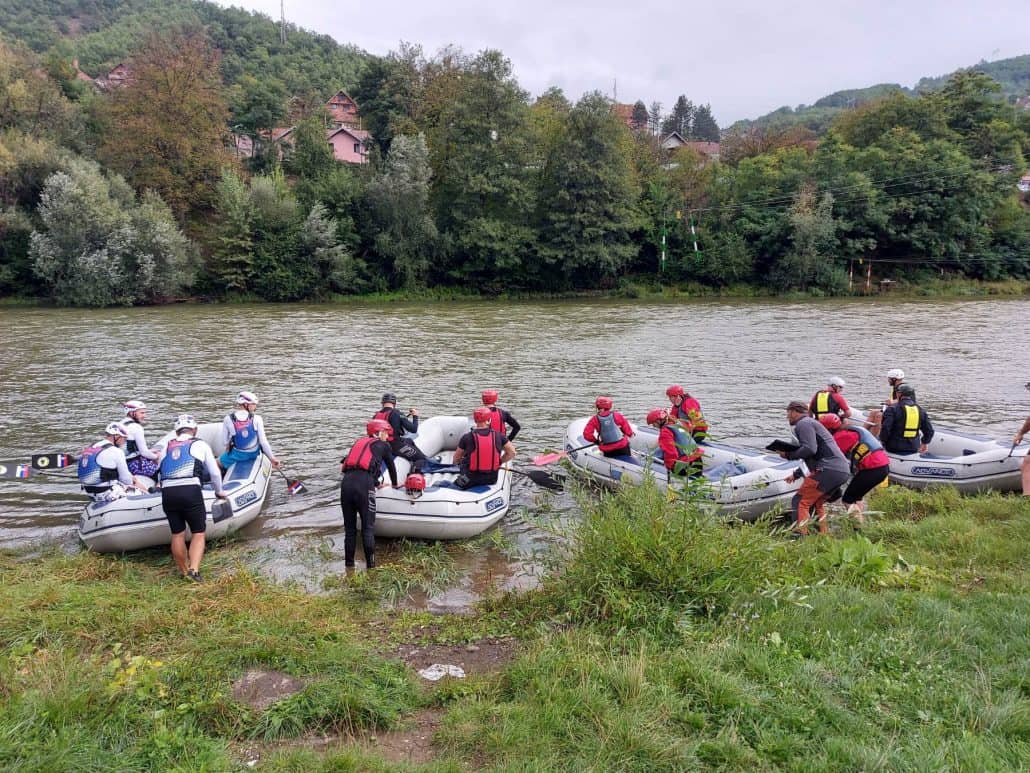 On Saturday, September 17, the “Aleksa Kojadinović” Memorial Rafting Competition and Euro Cup was held in Priboj on the Lim River, in the R4 category in all four disciplines (slalom, sprint, parallel sprint, downhill). Four teams took part: SRK Bosna Zenica from the town of the same name, Lim Lučice from Prijepolje, SU Soko Lim and RK Eko Lim from Priboj. 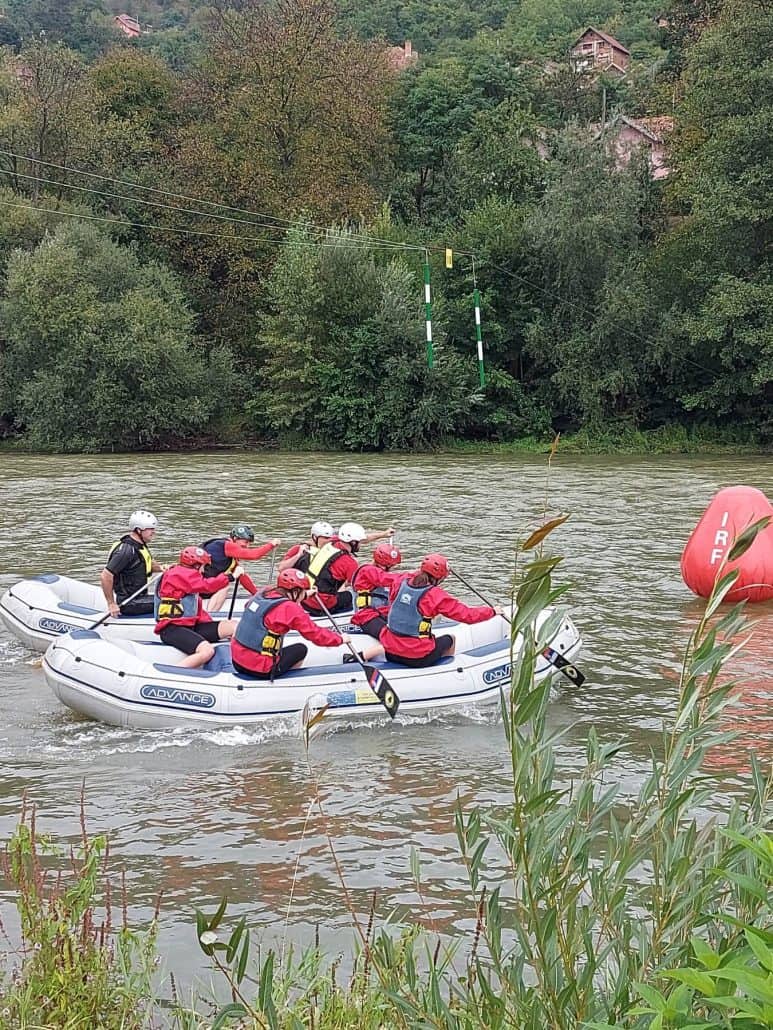 Due to the flow/water level that was announced in a certain time frame, the competition was opened with the slalom discipline. The course consisted of 10 gates, 3 red (upstream) and 7 green (downstream) arranged in such a way that they required maximum technical and tactical concentration from the teams. The RK Eko Lim team took first place in both races with minimal errors, behind them was SRK Bosna Zenica with a few seconds behind, while the third place went to Lim Lučica. The SU Soko Lim team, which consisted of girls: Željka Šalipur, Jelena Spajić, Tanja Reković, Jovana Spajić, captivated with elegance and combativeness and left an incredible impression in both races, even though they took fourth place. 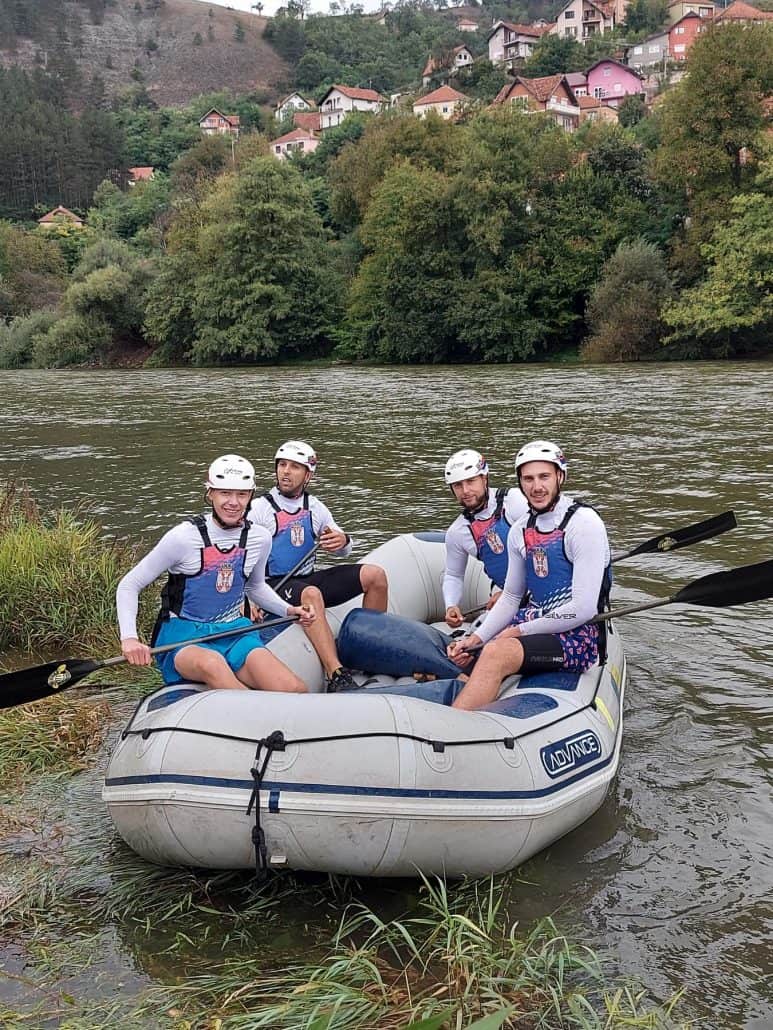 After the slalom, the teams tested their strength in the sprint discipline. SRK Bosna Zenica managed to row the track in the shortest time and thus achieved the first position. RK Eko Lim should have placed a second longer and that brought them second place, Lim Lučice were third and fourth place went to SU Soko Lim.
Based on the results in the sprint, pairs were made for the parallel sprint which was extremely exciting. In the first race SRK Bosna Zenica beat Lim Lučice, and in the second RK Eko Lim beat SU Soko Lim. In the fight for the third place, a true sports fight was seen where the SU Soko Lim girls “pushed” the team from Prijepolje on the first buoy, but their lack of strength and other factors was managed by Lim Lučice to overcome them on the second buoy and pass first through goal. In the final battle, it was exciting on the first buoy, but the boys from RK Eko Lim eventually managed to emerge as the winners of the race without much difficulty. 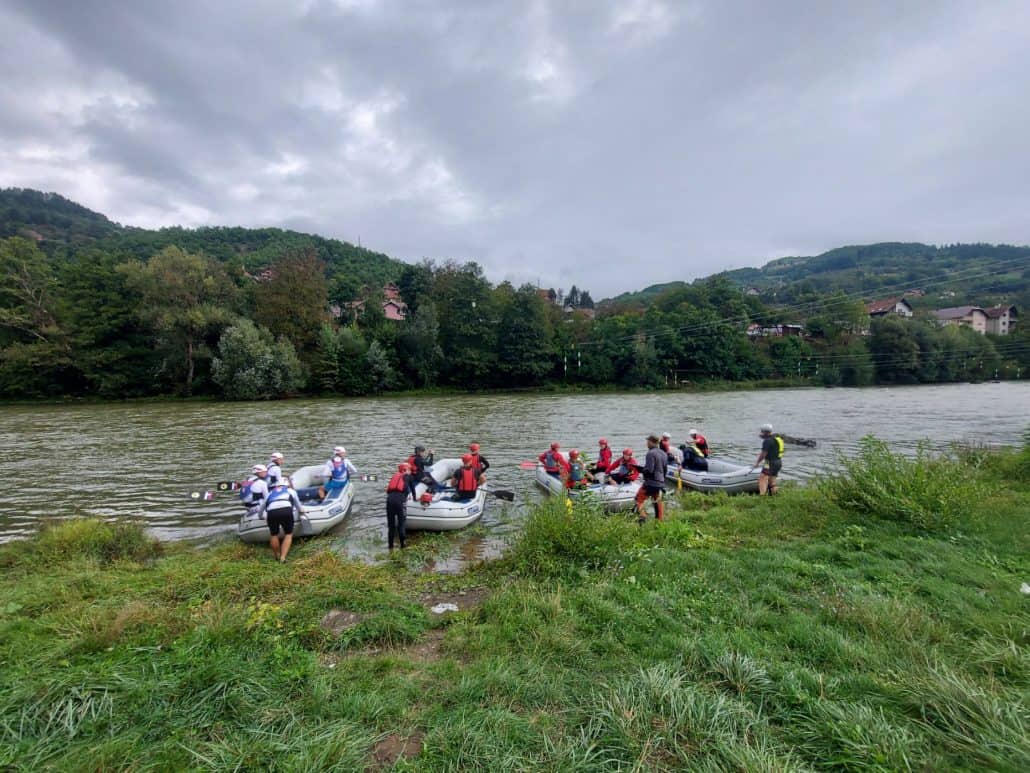 The last discipline was downhill. After a flying start, the RK Eko Lim team was in the lead, behind them was SRK Bosna Zenica, and the other two teams were slightly behind them. On a couple of occasions, the boys from Bosnia tried to overtake the team from Priboj, which successfully repelled their attempts. At one point, however, their efforts paid off because they took advantage of the more favorable flow and arranged the strength of the whole team and got the first position. It was like that until the very end of the race, when the RK Eko Lim team took advantage of their knowledge of the water and started rowing stronger than ever, which enabled them to overtake and take first place in this discipline. The standings for the other two teams did not change, Lim Lučice certainly defended the third place.
In the overall ranking, first place went to RK Eko Lim from Priboj with 992 points, second place to SRK Bosna Zenica with 928 points, third place to Lim Lucica with 860 points and fourth place to SU Soko Lim with 820 points. On this occasion, we would like to thank everyone who helped organize this competition, see you soon on the water, sporting greetings!
PrevPreviousIRF 4 “I. BASQUE COUNTRY RAFTING CHAMPIONSHIP 2022”
NextWe have some new army of Rafting Guides!Next