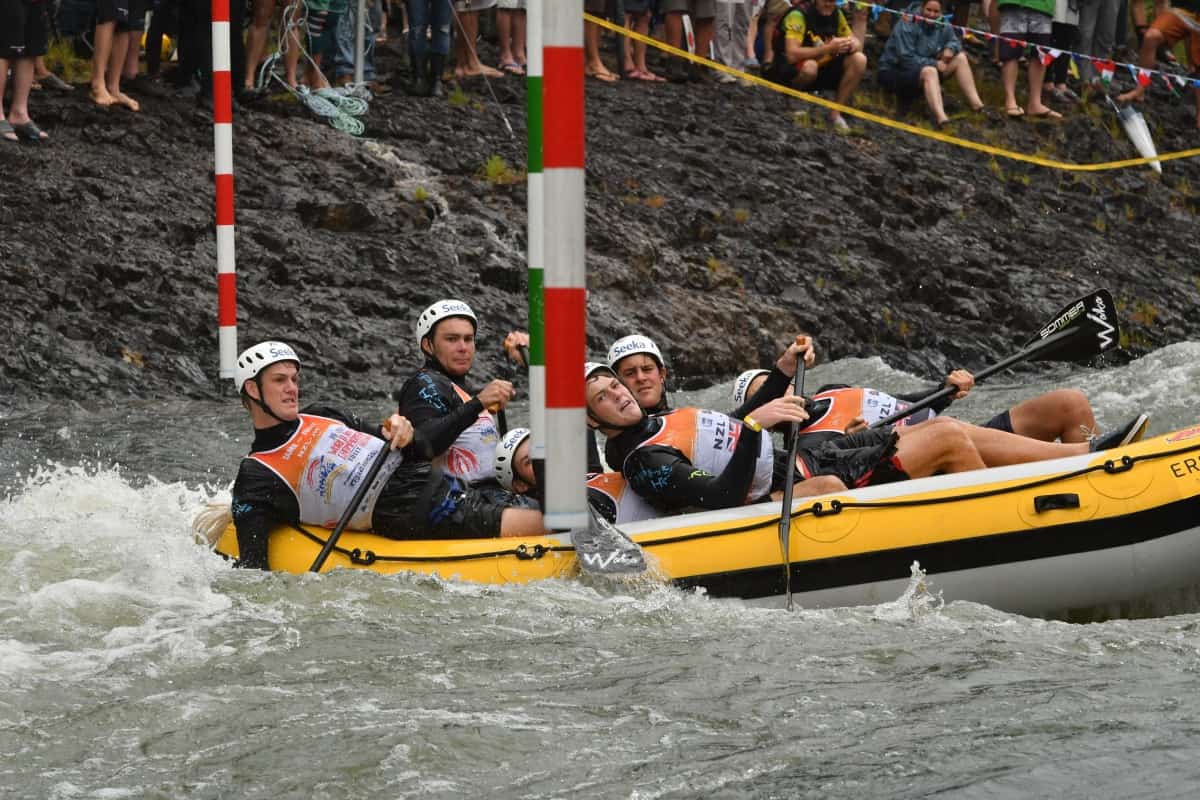 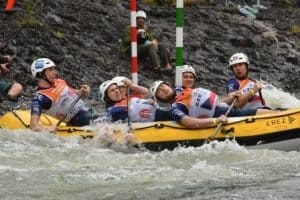 Czech U19 Men best on the day

Today saw sleek moves and great clashes on the Tully River as the second day of competition of the 2019 IRF World Rafting Championship, powered by Experience Co. rolled on by.

The crowds were roaring as junior teams (U19 and U23) hit the Tully River to compete in the slalom discipline. The winner is determined by the team who can navigate the course of slalom poles with the least amount of touches and misses combined with a fast time. Whilst Open and Master teams battled it out in the head to head in the afternoon. Competitors and spectators filled the banks of the river to support and cheer on each team.

The gates of 5, 6 and 7 proved very tricky for the teams, making gate 5 often meant the raft was poorly lines up for the next two gates. It was New Zealand U23 Men’s team who tamed the Tully River today by taking first place followed by Czechia and Australia. 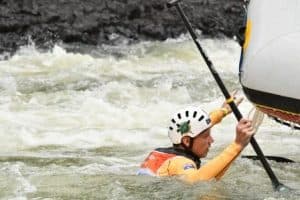 Indonesia U23 Women showed their competitors just how to weave through those slalom gates and, although they struggled at some of the gates they still did it well enough to place first followed by Great Britain and Japan.

Czechia U19 Men’s team had a brilliant run with only 15 secs in penalties, the lowest of the day, which resulted in the fastest time of the day of 221.87 secs. This placed them in a convincing 1st place, 40.89 seconds ahead of Australia who flipped their raft adding additional time to their final score. Indonesia took third. 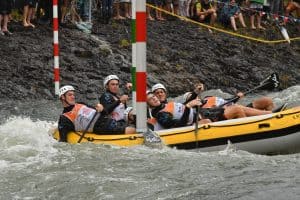 New Zealand U23 Men slide under the gate

Coach of the U19 Australian Mens Team – Mark Miller said, “Overall our first run which we were planning on went down like a treat. Our second run we tried the same plan again and we flipped! But it was all good, no-one injuries, just a few laughs. It was good to get a good result on the first run.”

The afternoon saw the Open and Master division’s teams tackle the Head-to-Head. This sees teams battle it out one on one over the Sprint course in a knockout format, but this time with buoy navigation mandatory. Contact is permitted as long as not considered dangerous. This sees great tactics being used by teams as they try get ahead as they negotiate the buoy. The crowds were well entertained with great clashes at the last buoy on river right. Some fierce tussles were fought right in front of them keeping them enervated and excited by the action. If you’ve seen BoaterX – increase the contact and

In the Masters Women’s final the local crowd were delighted by an Australian Gold medal, with Costa Rica taking Silver. There are some very experienced racers in the Master Men category – namely Japan MM who had the fastest times of all teams at WRC 2017 in Japan, and they proved their abilities again by taking the Gold. They beat the Czechia team, also an extremely experienced team, and to the delight of the crowd, Australia took the final podium position. 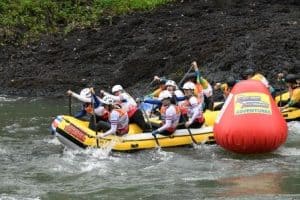 Australia and Costa Rica Masters Women in the H2H

Some interesting tactics were used by some teams, and many were well entertained by New Zealand Open Men’s team’s wild tactic to get ahead of Japan at the third buoy. This failed and Japan went on to take the Silver, beaten by an excellent team from China, who were racing in their first ever WRC. Third place was taken by Russia. The Open Women saw the continuously excellent New Zealand Open Women taking the top honours, Japan in second and last year’s World Champions, Czechia, taking third.

Racing continues tomorrow with Slalom for the Open and Master’s categories, while the U19 and U23 teams get a well-deserved day off.

China – Race 2, what an experience! 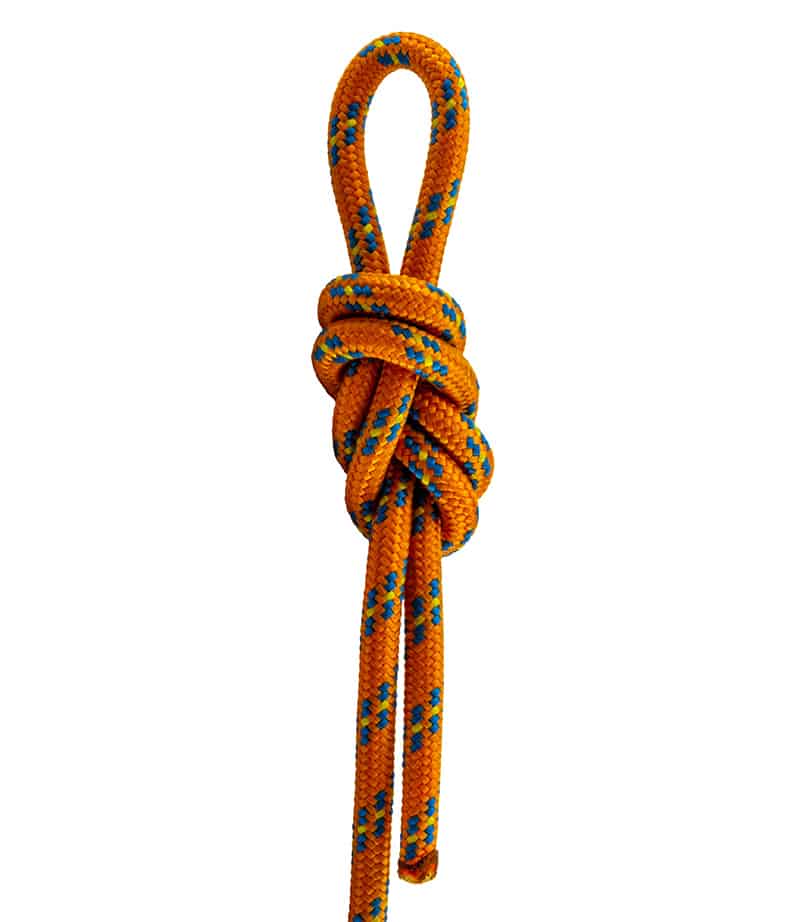 Judges needed for ERC 2019, and Judge course to be run as well

From Siberia to Indonesia – Russian U19 Men’s team