News
You are here: Home1 / News2 / Racing3 / A challenging but awesome slalom day on the Tully River 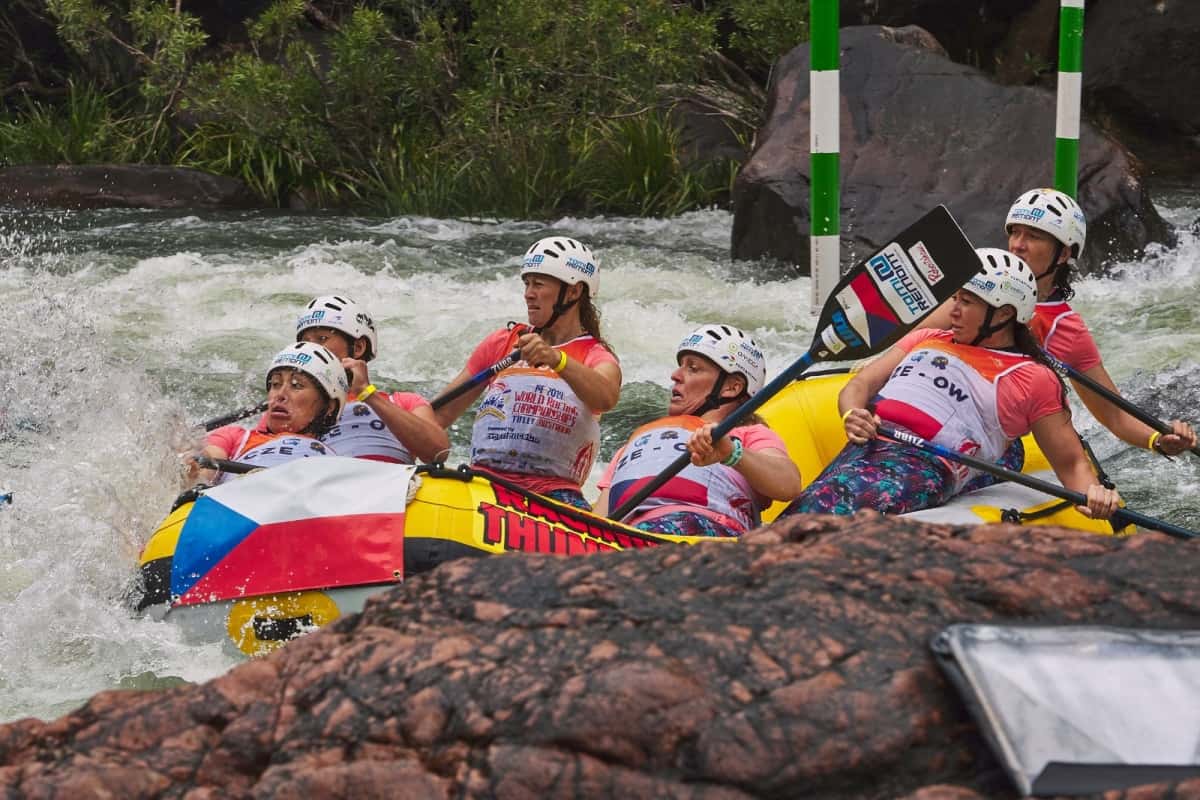 Today teams showcased their strength, precision and determination on the Tully River as the third day of competition of the 2019 IRF World Rafting Championship, powered by Experience Co. kicked off. 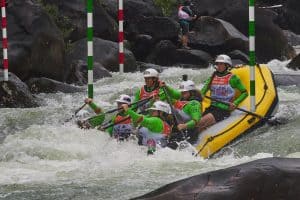 The crowds were booming and the atmosphere was electric as the Open and Master teams hit the Tully River to compete in the slalom discipline. The winner is determined by the team who can navigate the course of slalom poles with the least amount of touches and misses combined with a fast time. Competitors and spectators filled the banks of the river to support and cheer on each team. 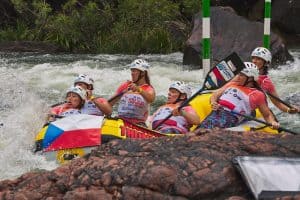 Gate 6 proved to be very challenging for some of the teams, some getting sucked backwards over the next drop and forced to miss out a few more gates. A few teams strategically chose to miss that one, resulting in points being added onto their score but reducing the risk factor. Another gate the proved tricky was Gate 11 which needed good water reading skills, precision and power to get into it. After that there were 3 gates in the big white water with drops. 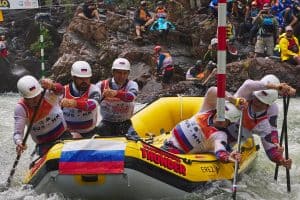 Russia Open Men were the only team to get a clear run – twice! An incredible feat. However, it was the Brazilians that pipped them to the win with a blistering speed of 97.2 secs and only a 5 sec penalty. China took third showing that they are a future team to contend with.

It was Japan Master Men team who tamed the Tully River today by taking first place in their division but were only 0.30 seconds ahead of Czechia despite the latter’s first run getting zero penalties.  Russia took third. Australia took the win in the Master’s Women category. 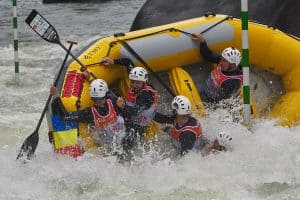 New Zealand Open Women showed their strength and ability to weave in and around the slalom gates having two good runs with their second run of 145.67 including a 10 sec penalty giving them the win. Japan and Czechia also had good second runs which clinched them 2nd and 3rd respectively.

Romania put on the best entertainment with a surf just after gate 12 and a grand finale by flipping!

Tomorrow is the final discipline – Downriver. It’s worth 350 points towards the Overall (the same as Slalom). Brazil Open Men, New Zealand Open Women, Japan Master Men, Australia Master Women and Indonesia U23 Women are all looking very dominant in their categories and will have to have bad day on the river tomorrow to lose the championship, but never say never. The U19 Men and U23 Men still looks wide open.

Big thank you to David and Georgia

Rafting Operator Accreditation (ROA) – what is it?

Aussie U19 boys are World Champions
Scroll to top