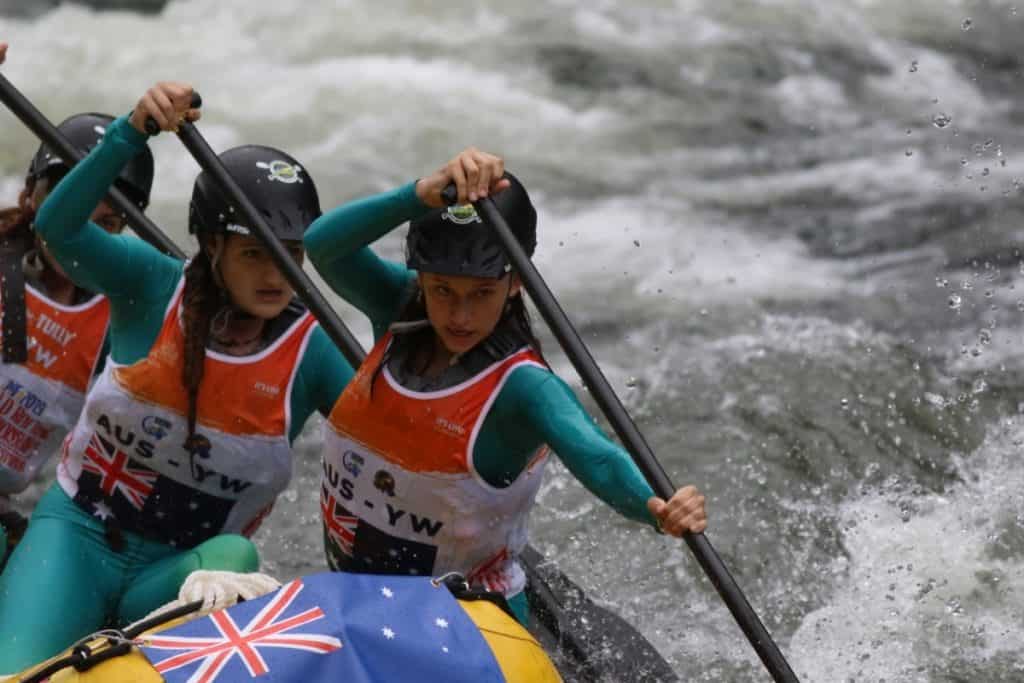 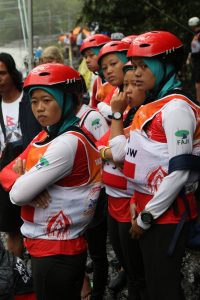 Today marked the first day of competition of the 2019 IRF World Rafting Championship, powered by Experience Co. on the River Tully.

Tully is playing host to over 400 competitors and support crew from 19 different nations.

The excitement was electric as teams hit the river to compete in the Sprint discipline – the winner is determined by the fastest team from start to finish. Competitors and spectators alike lined the banks to cheer on teams with the loudest cheers for the home nation crews.

Australia Masters Women came first in their division, eight and a half seconds ahead of Costa Rica. 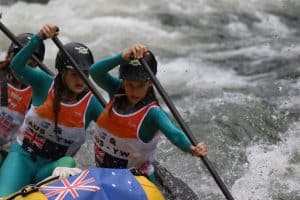 Australian Under 19 Women showed the country how it is done competing in a division above in under 23s and still placed first ahead of the highly anticipated to win New Zealand and Indonesia.

Costa Rica Open Men team captain Alex Sagura said, “We’ve been waiting for this to happen in Australia for the last 20 years, finally here we are. It was a really good race, nice place, nice river, nice people, Australians are amazing.”

The afternoon saw the Under 19 and Under 23 divisions teams tackle the Head-to-Head. Head-to-Head sees teams battle it out 1:1 over the sprint course but this time with buoy navigation mandatory – full contact is permitted in a knockout competition where the winner is decided not necessarily on who is fastest but who plays their tactics the best. If you’ve seen BoaterX – increase the contact and obstacles and you’ll understand Head-to-Head.

In the Under 19 Men final, Australia took the battle right to the finish line with some strong tactics in play by Costa Rica. Australia were able to pull through from the core to push the Costa Ricans back and take on the win with a narrow margin.

In the Under 23s, the Indonesian women took the battle and used tactics right up to the line with a neck and neck final with New Zealand. The Under 23 men’s races saw Czech Republic take home the medal over New Zealand.