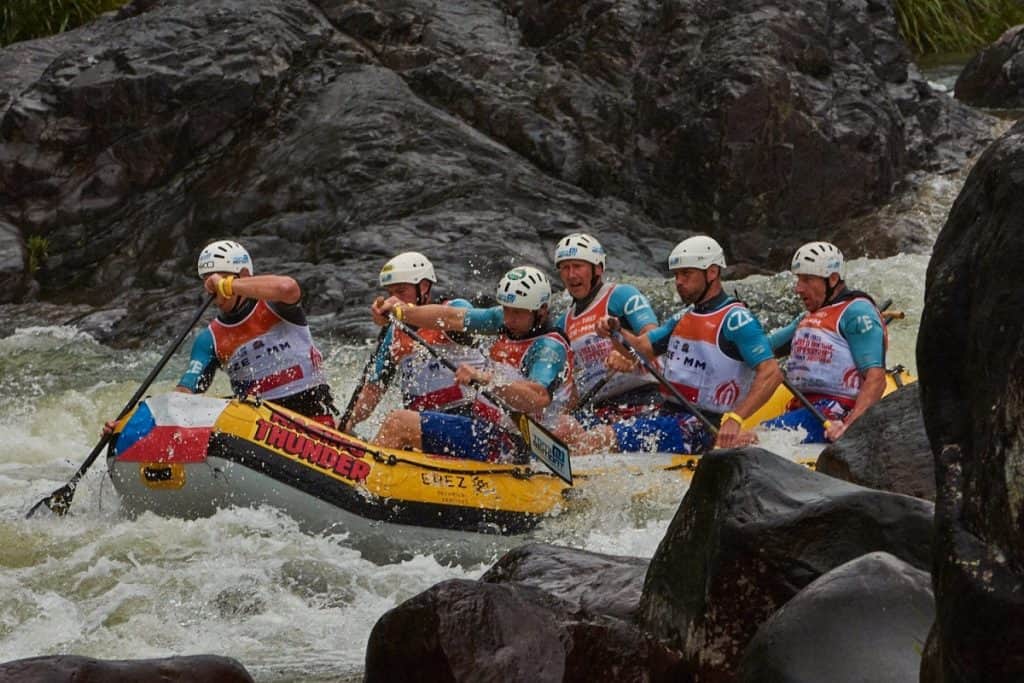 Aussie U19 boys are World Champions 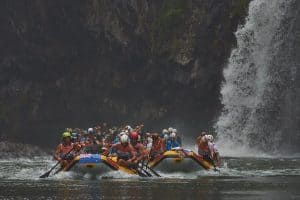 Today was a test of endurance for the teams competing on the last day of competition of the 2019 IRF World Rafting Championship, powered by Experience Co.

Downriver combines water reading skills and endurance and the Under 19 Australian Men’s team proved they had plenty of both coming over the finish line well ahead of the second team, which was Indonesia, followed by Costa Rica. This clinched the Overall title of World Champions for this young team, showing great promise for the future of rafting in Australia. Indonesia’s second in the Downriver secured them the Silver Medal Overall, with Czech taking the Bronze. 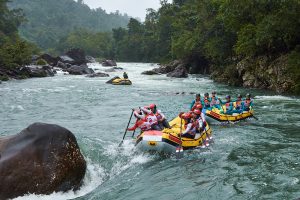 The Under 23 women had a very exciting and close finish, with New Zealand ahead and hot on their heels were Australia who were being hounded by Indonesia. It was a flat out race for the finish line with the home team being urged on by the excited crowd which turned out, despite the rain and slippery rocks. Indonesia had done enough though to seal the Gold medal for Overall, becoming the U23 World Champions. Second was New Zealand and third Australia, who are actually an Under 19 so deserve extra praise for their incredible performance. This continues to confirm the great future Australia has in rafting. 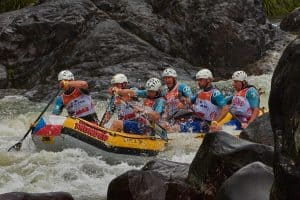 Czech were fairly dominant in the Under 23 Men’s category, winning Sprint, H2H and Downriver which gave them the Gold Medal and title of World Champions. Although Japan took second in the Downriver and New Zealand third, the latters better placements in the other disciplines ensured they took Silver Overall and Japan took Bronze.

Japan’s very strong Masters Men’s team were declined a full scoop of Gold medals by the Czech team who won the Downriver. Japan were crowned new World Champions and Czech walks away with the Silver Overall medal. Australia’s Master Men performed very well in the Downriver much to the crowds delight, and secured the Bronze Overall. In the Masters Women it was Australia that took a clean sweep of all disciplines over Costa Rica, making them the World Champions. 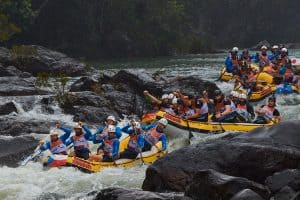 The new Open Women’s Champions are a very familiar team – New Zealand. They’ve taken this spot a number of times before and are one of the most medalled teams in the history of the IRF. Japan’s second in the Downriver ensured they took Silver Overall, with the defending champions, Czech, taking third.

Brazil Open Men reclaimed the World Championship title from the Czechs, a title they have already held seven times before! They did this with a very thin margin of only 7 points ahead of second placed Russia, Brazil having 909 points and Russia 902. Third place Overall was New Zealand who did this by winning the Downriver, ahead of Russia and then Brazil.

And so we congratulate all the new World Champions – Australia U19 Men, Czech U23 Men, Indonesia U23 Women, Japan Master Men, Australia Master Women, New Zealand Open Women and Brazil Open Men – and we look forward to the next clash of these amazing athletes in China 2021.