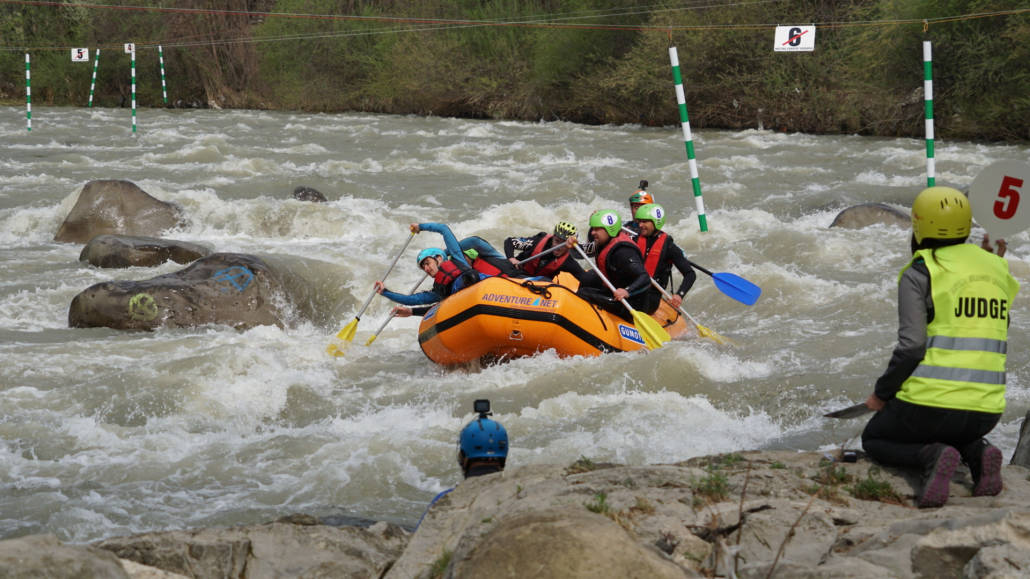 Is there anything better than the new EC season starting with a new river and a new country placing herself on the EC Competition map? EC Romania 2018 Dracula race,  over the weekend of 14th-15th April, brought together twelve teams from Bulgaria, Serbia and Romania, along with 10 kayakers, in Nehoiu city on the Buzau River. 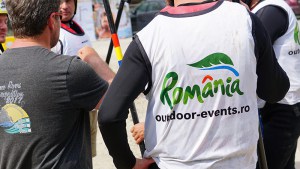 Head to Head saw tough fights with clean contacts, but also a drop in water level which made the lines very technical and the battle hard in the finals. “Clinica de Aventura” took first place in the Open Men, followed by “MOE” and “Vointa Arad”. “Outdoor Events Ladies” perfected the line in the final and took first place, followed by “Adventure Net – Atom Kozlodui” and “NSA”.

At the end of the day the Open Men were dominated by “MOE”, followed by “Vointa Arad” with 10 points behind and “Clinica de Aventura” at 15 points behind.

Tight results in the Open Women as well where “NSA” (BUL) led, followed by “Adventure Net-Atom Kozlodui” (BUL) only 6 points away and “Outdoor Events Ladies” further back at 40 points distance.

The day ended beautifully with the Kayak Slalom Award Ceremony and a party with live music, dancing, high spirits and a lot of joy. Not to mention the two birthday celebrations of Emilia Begunova (Bulgaria) and Ciprian Constantineanu (Romania)! 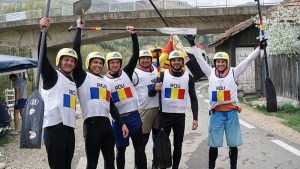 Open Women saw a lot of action – the three teams paddled the 7 km race as a pack, hunting for the best lines. Just before the last and hardest rapid, “Washing Machine”, team “NSA” (BUL) were in the lead and seemed impossible to pass. “Adventure Net-Atom Kozlodui” (BUL) followed their line closely. Surprising everyone, “NSA” blew a chamber of their raft by hitting a submerged rock which left the two teams fighting for the line. “Outdoor Events Ladies” (ROM) chose a different line which was slower but put the team in a good alignment for the “Washing Machine” – they took the lead and held tight until the finish line, ending the Downriver and the competition in first place.

Quite remarkable is the presence of the first ever U19 Team in a Romanian competition: CSS GLORIA Arad.

Details of all race results can be found here.