An early rise for all as the organisers hope to be finished before the afternoon rains fall and affect the river levels, giving an advantage to the teams starting later. The teams get a chance to inspect the course from the banks before they head upstream to get into their rafts. The advantage of being a team that starts later is being able to watch the other teams and see what works and doesn’t work. 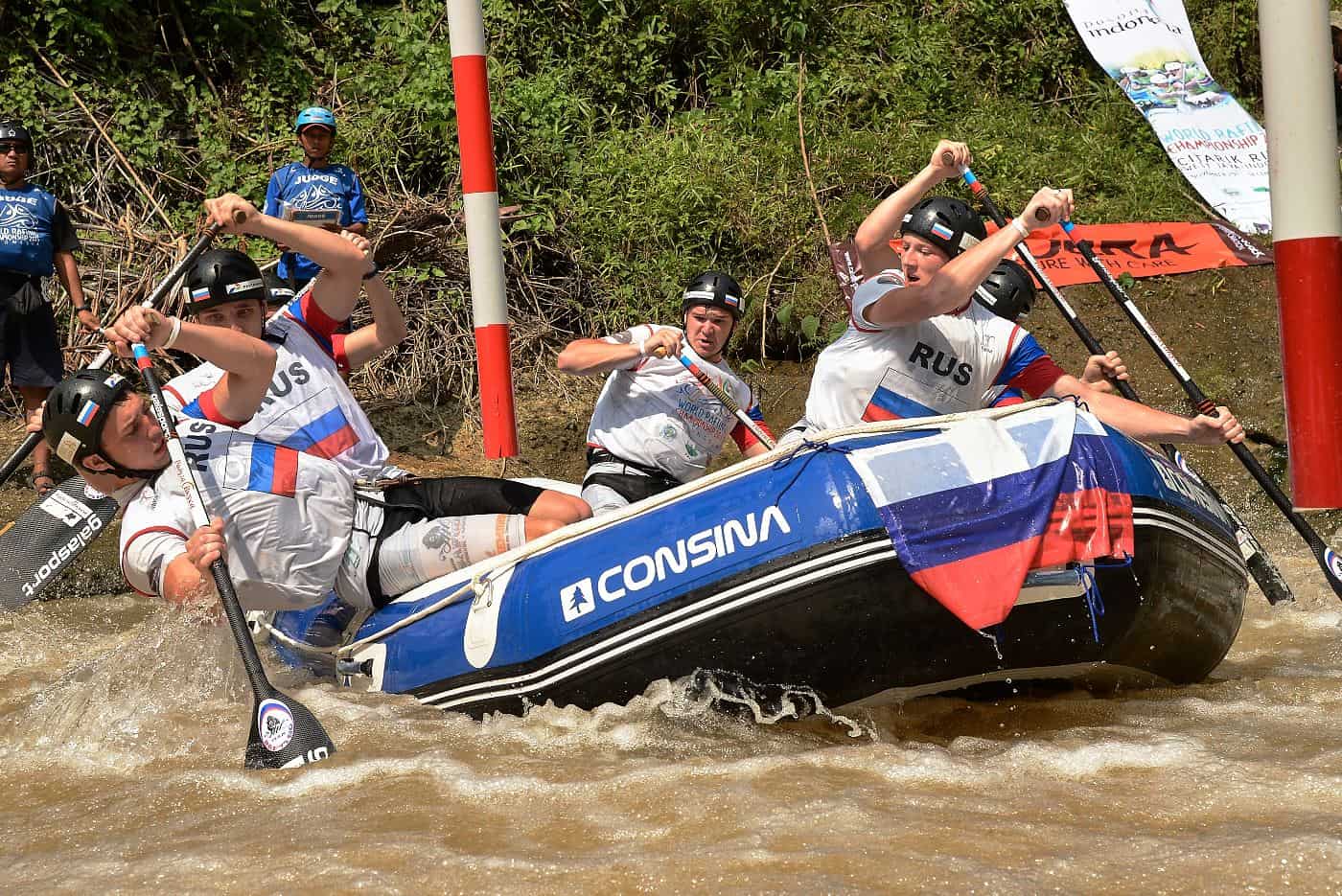 Slalom is, in many ways, the most challenging discipline in rafting. Not only do you need to be able to read the river, but you also need strength, stamina and most importantly of all, team work! Getting 6 of you working together to manoeuvre the raft along the exact path you want to take it is extremely challenging, but it is probably because of this forced unity between the paddlers that this is, for many teams, their favourite discipline. 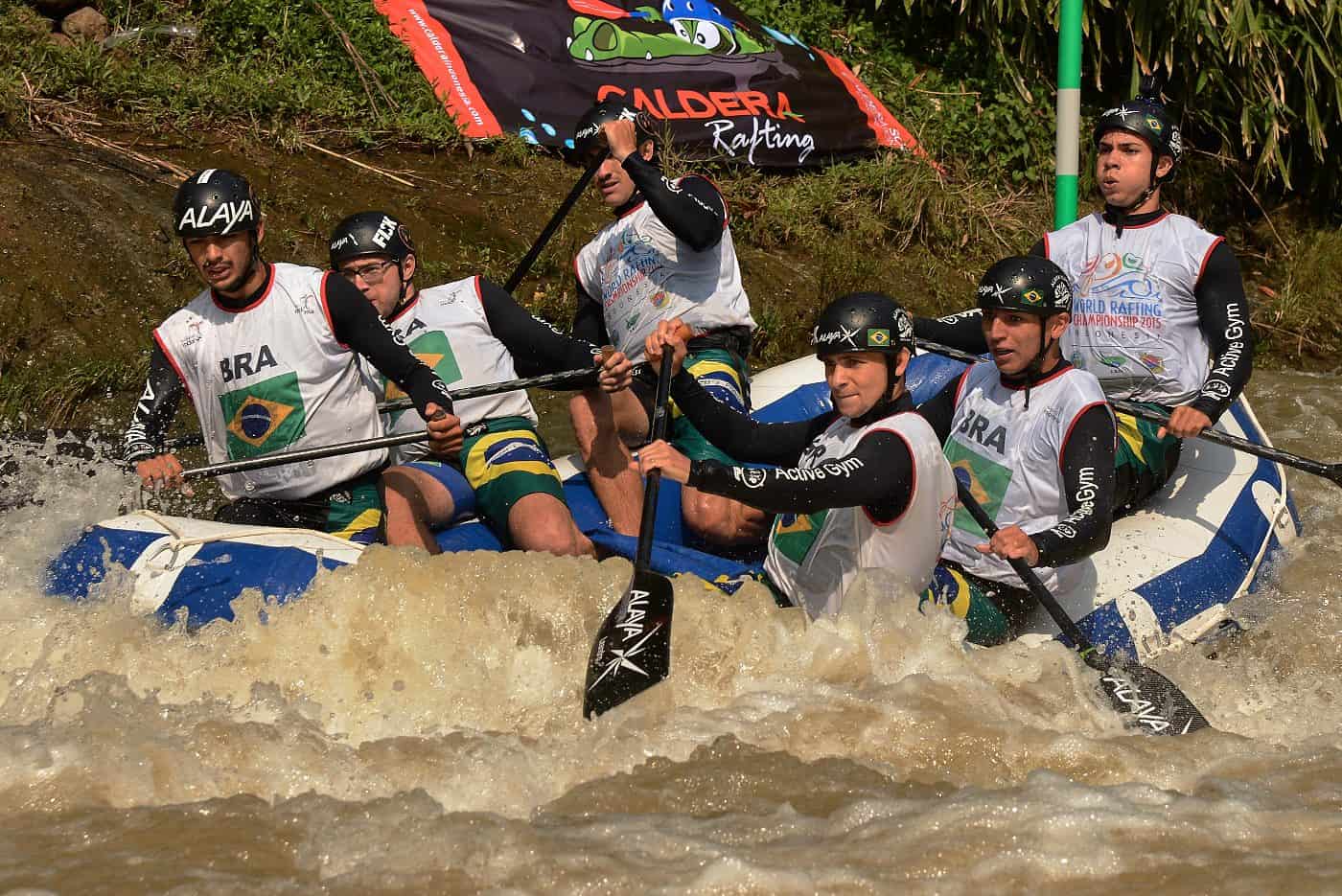 The course setters always need to make it as challenging as possible for the best teams racing on the day. To do this there are always one or two gates that are the most challenging. Today it was Gates 10 and 14, both upstream and in positions where you had to really fight against the downstream current to get through the gate itself. For the less powerful teams this is always very hard and only Russia U19 Women did a clear run through this gate. Gate 14 it was only the Australian women that had a clear run amongst the women. 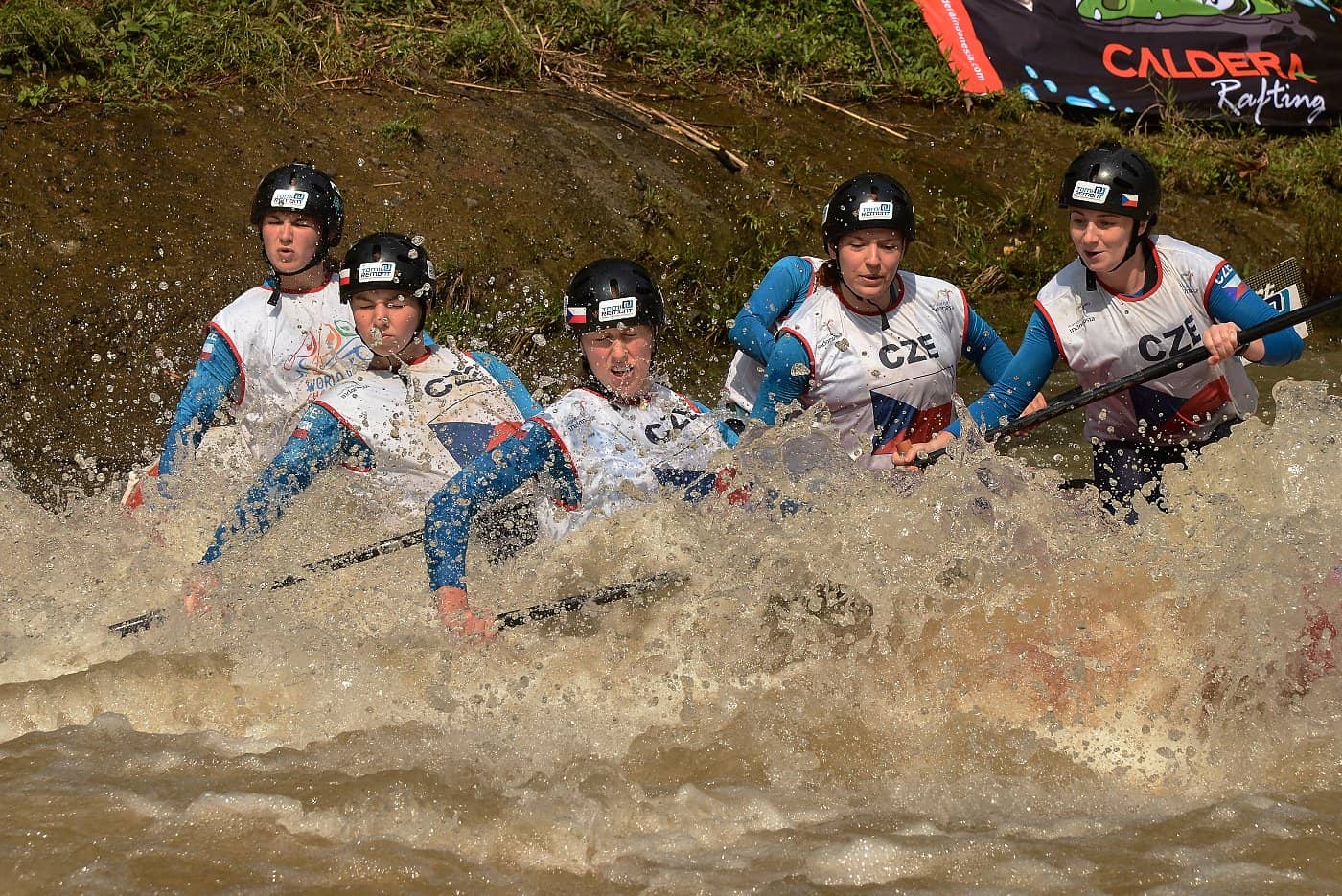 Only three teams managed clear runs from beginning to end – Brazil and Japan in U23 Men and Russia in U19 Men. They had fast runs too and so that put them at the top of their fields.

Sprint for Open and Masters

Twenty Open Men’s teams started today. It was Japan’s day in the Open Sprints as they scooped up Gold in both women’s and men’s divisions. Brazil was less than a second behind each time. Argentina was a surprise Bronze in the Open Men, making it known that they are a team to watch. Hosts, Indonesia, placed fourth just outside of the medals. And in the women, Great Britain took the Bronze out of the 16 teams that started. 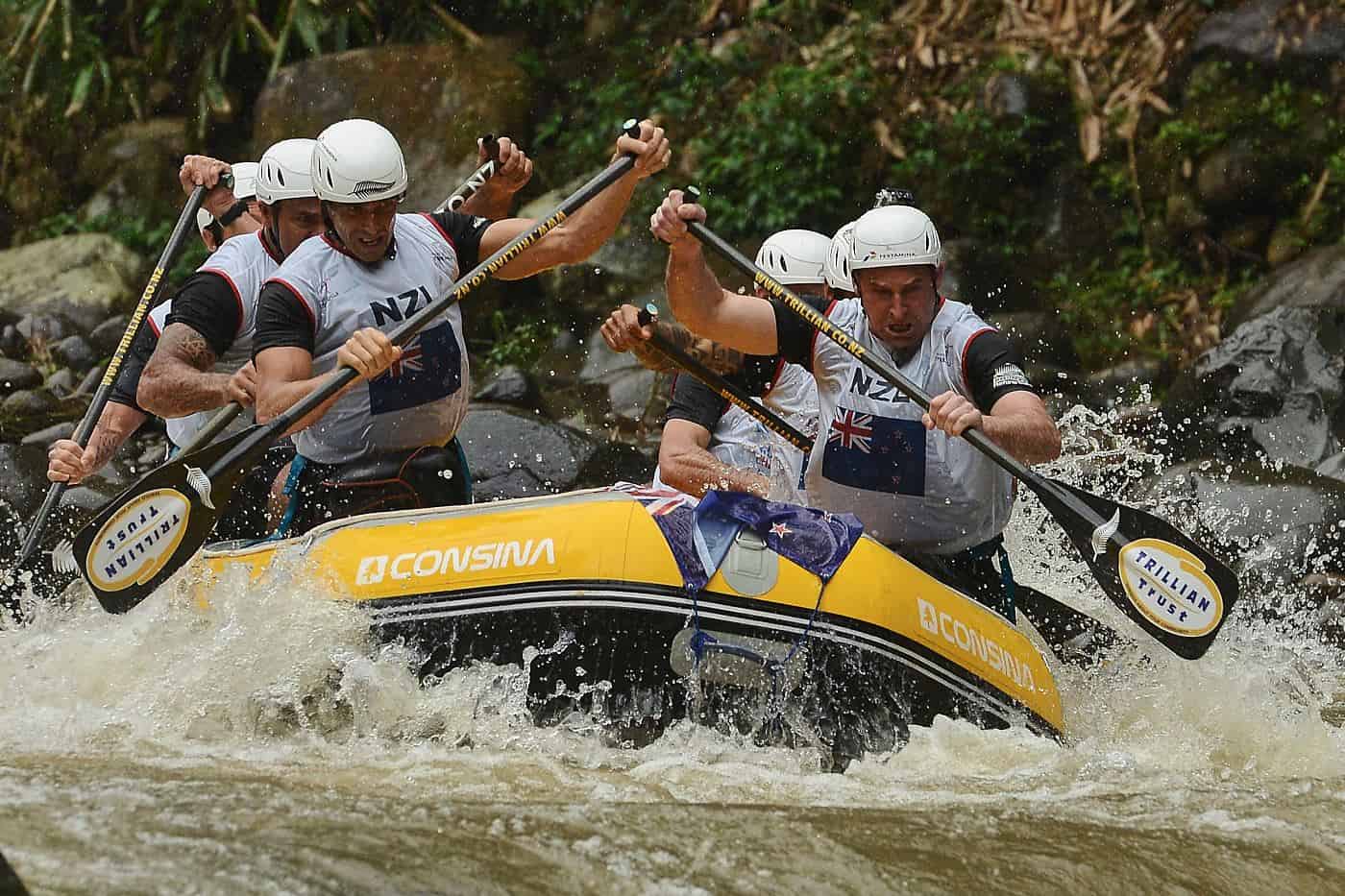 By the time the Masters got on the water the afternoon rains had started in a big way. At one stage it was so dark it felt like dusk already!

The Masters division has 9 Men’s teams and 4 Women’s teams – many of whom were top competitors not so long ago. New Zealand Men, defending champions, took the day again followed by Japan, with whom they have a great friendship. Third was the Czech team. In the Masters Women’s category defending champions, New Zealand, lost out to the Czech team, with Norway third and Russia fourth.