The New Zealand Master Men’s Rafting Team were the world champions in 2013 when the competition was held in New Zealand. 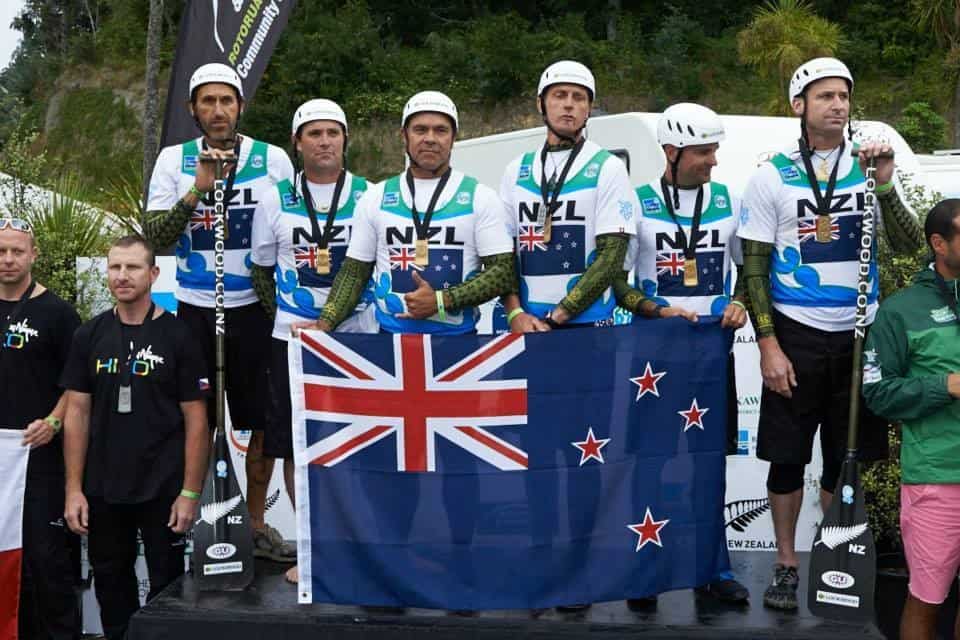 Although none of the team have been to Indonesia before, they’re a strong and solid team who make no apologies about aiming for top place again.

The team have been together and training for the past two years. They each have individual strengths and when combined they are strong and confident. 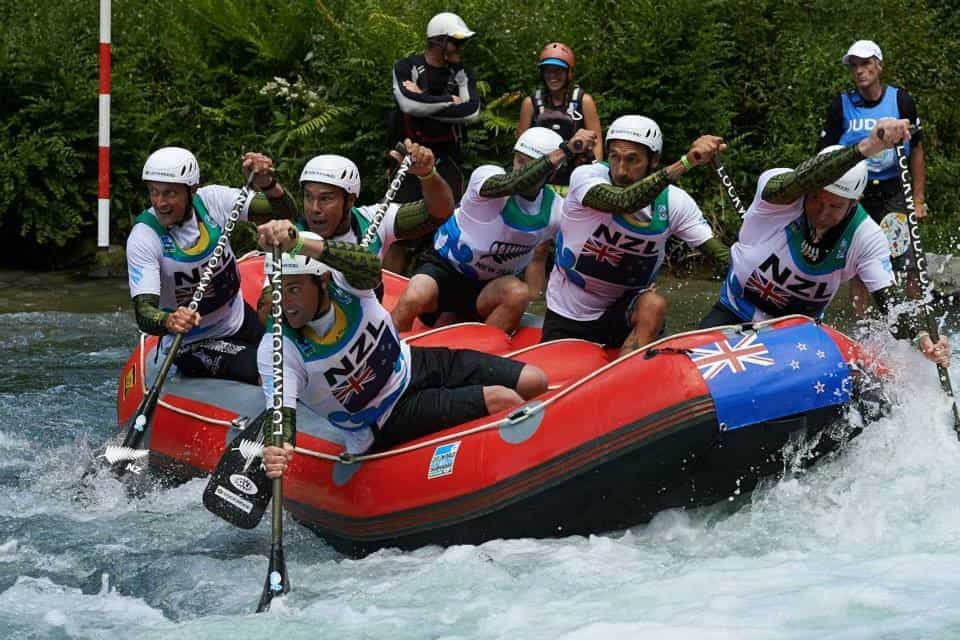 Paul, otherwise known as Paule, is based in Mangaweka where he and his family run a rafting. Paule paddled at Whitewater rodeo events both at a national and international level from 1996 to 2001, paddling in C1 and OC1. He paddled at the World Freestyle Champs in Canada in 1997, New Zealand in 1999 (bronze OC1) and Spain in 2001 and represented New Zealand in the Whitewater Rafting Oceania Champs in Japan (open men 1st) and the Camel World Champs on the Zambezi River where the team placed third overall.

Marty is the team’s secret weapon. Quiet and introspective, Marty is a powerhouse. He’s quiet and not too keen to share his achievements, but he has many. He’s heavily involved in sports and runs a business involved in youth development.

Troy is based near Te Puke with his wife Kelly and four children. He’s a fairly quiet guy but he’s got a great moustache. His sporting successes include:

Nick is based at Okere Falls, Rotorua and is team captain and the instigator in pulling this team together. He and his wife Kimi Chater (NZ Masters Women Rafting Team) and daughters Tenaya (NZ Under 19 Womens Rafting Team) and Ani and all in Indonesia to enjoy being a part of the adventure. Nick has 25 years’ experience in the adventure/education sector with a large number spent teaching. He was a rafting national body executive, assessor and senior assessor mentor for the New Zealand rafting team. Previously, Owner operator Multi Day Adventures a high end, exclusive adventure company based around adventure activity, good food/wine and Maori culture. In his spare time you can find Nick either SUPing, Mountain Biking, Kayaking, Climbing, Snowboarding, racing Waka Ama (outrigger canoe) and rafting at a National and international level and Mountain Biking and adventure racing.

John is based at Okere Falls, Rotorua and is here with his partner and team manager Leanne. John runs his own company and spends a big part of his time travelling around the country. When he’s travelling you’ll find him on the Kaituna river paddling (canoe slalom or creek boating) with his son George. John represented New Zealand in canoe slalom for many years and was New Zealand’s No1.  John established the National White Water Park in New Zealand and is still heavily involved canoe slalom in New Zealand, from representing Olympian Mike Dawson to running the local kayak club to encourage kids to try the sport and become more confident around the water.

Mike is based in Napier and is here with his wife Roni who is in the New Zealand Master Women’s team. Mike’s sporting successes include:

Dai is based in Rotorua and is the trend setter of the team. Dai involvement in canoe slalom and working as a raft guide for many years have set him up to be a valuable member of the New Zealand team.