Indonesia comes shining through on day one

The first day of racing for the U19 and U23 rafting teams saw Indonesia winning medals in every category, a very impressive achievement.

The first discipline, Sprint, which is a hard race for the teams against the clock, brought in Gold medals for Brazil in the U23 Men’s and Women’s category. Indonesia took the Gold in the U19 Men’s category with delighted support from the locals who had turned out to see the world’s top teams competing in their own back yard. Russia took the U19 Women’s Gold. 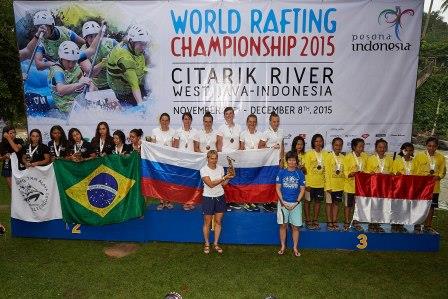 Based on their Sprint times the teams were then placed in their Head to Head order. The H2H is always a very exciting event to watch as the teams do all they can to be the first over the finish line. Many of the races showed that the Youth teams are unafraid to use clever tactics to gain an advantage in this hard fought discipline. Some teams gave the biggest burst of energy they could muster to be ahead by the first narrowing, crucial in this race. Other teams immediately aimed to push their competitors off the racing line and gain any small advantage that would put them ahead. 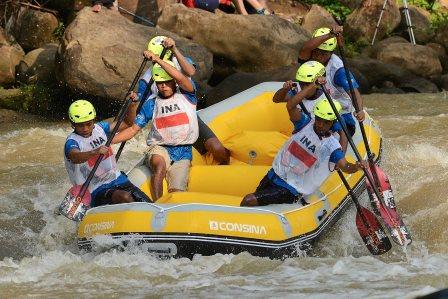 Once again Brazil showed their dominance in the U23 category. In the men’s they knocked Russia into second place with Indonesia taking third against Japan. The women’s section saw Czech knocking Indonesia into third place and so they took second. 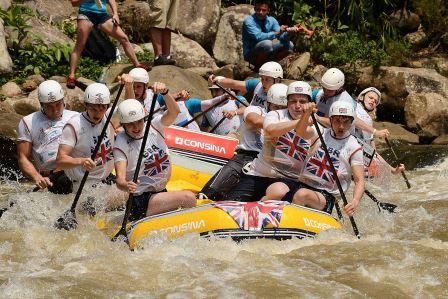 The Indonesian U19 Men, already sitting with Gold from the Sprint, had a hard time against the tactically more experienced teams but still managed to beat Slovakia to the Bronze. An excellent race saw a delighted Great Britain taking the Gold against Russia bringing tears of joy to their manager. Brazil U19 girls were on their way to a Bronze medal when they were held up on a rock, allowing the Indonesian team an opportunity to over take 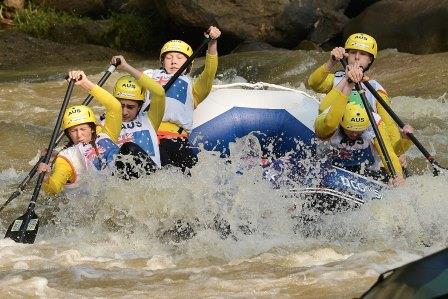 generating huge excitement amongst the spectators. Sympathy poured out for the New Zealand girls who could be seen to be suffering as a number of them have a tummy bug. The Australian U19 girls were super delighted to take the Gold with Russia and Indonesia following.

The first morning of racing was over and the teams could relax and recover. In the mean time the Open and Masters teams now had a chance to familiarise themselves with the Sprint and H2H course. Later in the afternoon the prize giving was held on the banks of the river.

Every evening there are Captain’s meetings where the captains, organisers and race officials all ensure that they are ready for the next day. And then it is time for all to relax.

Although we know these rafters can paddle – we don’t often find out about their other talents. Last night some of the paddlers displayed they can be pretty good with guitars and singing as well!