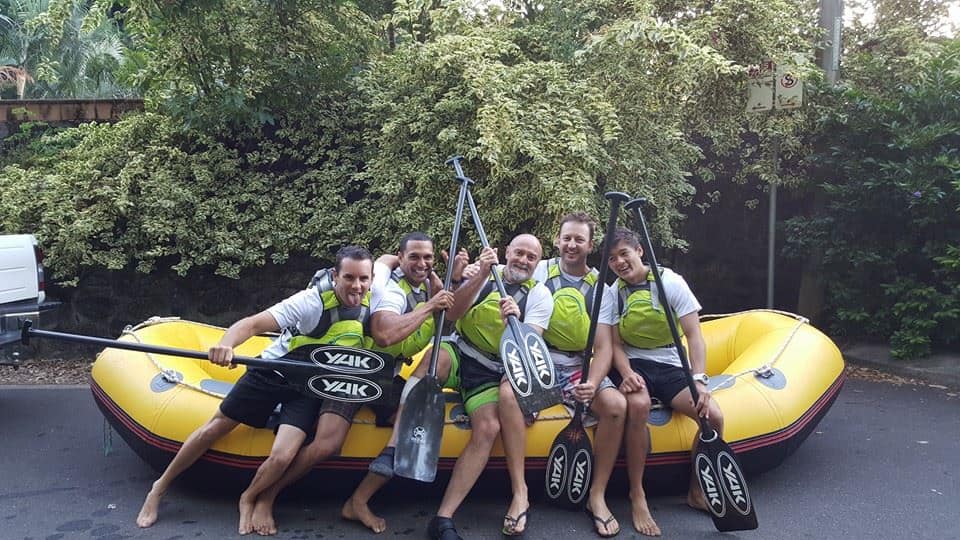 With the aim to make you better acquainted with the teams that are coming to the WRC R6 2015 we contacted Kris Kingston, captain and the coach of the team, to present the Australian Open Men’s team to us and answer some of our questions.

“Team Yak Rafting Australia was formed mid 2014 before the Australian national titles.” – explains Kris – “We fortunately won the titles and have been training on the Barron and Tully rivers in Cairns in preparation for the world champs. We have brought together a team that has a good balance of experience and fresh blood to hopefully bring Australia back to the top of world rafting.”

Kris, do any of you have previous experience at a WRC? – “For me this will be my 3rd  world champs. I competed in Bosnia 09, New Zealand 13 and soon Indonesia. Dave Berry and Wagner Torress also competed in New Zealand. For the other team members it will be their first WRC.

The team is excited about competing in Indonesia as it is somewhere different and none of the team members have been there before and the countryside looks amazing.” 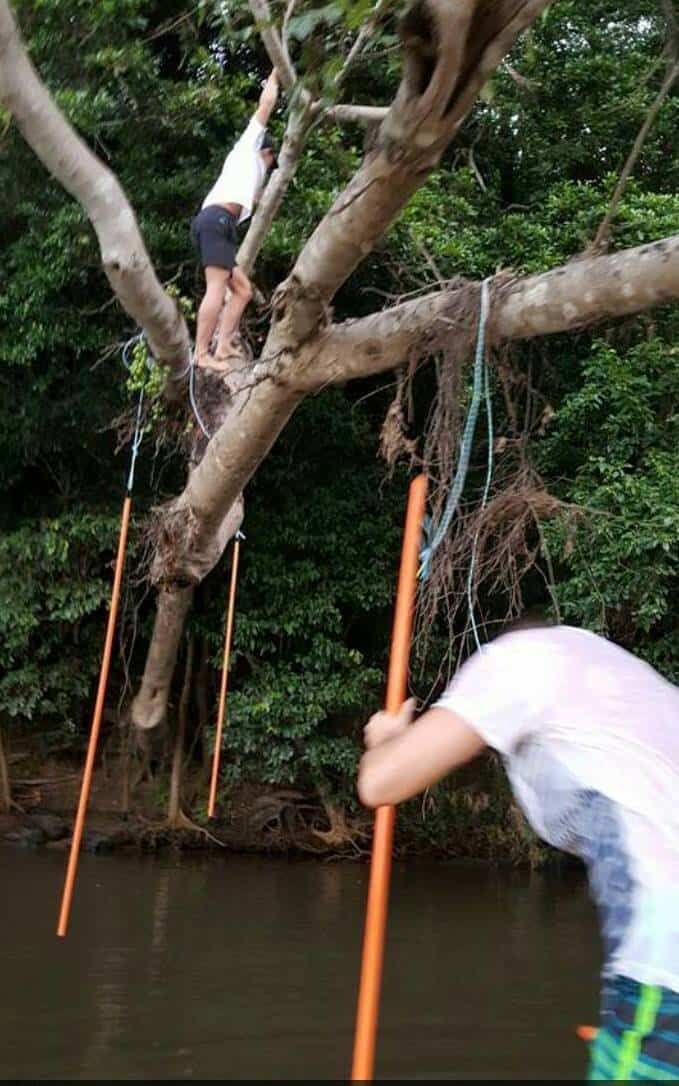 To get to know a team better, I always ask what you do beside rafting? – “The team live an active lifestyle away from the rigours of training with members being involved in kayaking, mountain biking, motor bikes and triathlons.

This year the team sent 2 members to the China R2 race where they came a very creditable 3rd.” – I know the river where they took part and it is a fantastic success. Congratulations! –  ” The only other competition this year will be the WRC.” – That’s not so bad :D And is the case for many teams, especially those far from Europe where the great Euro Cup race series is held every year.

How is your team preparing for the WRC 2015 competition? – “The team is currently spending 4 days a week training on the Barron river which is a grade 3 river very close to Cairns. We also have the odd day training on the Tully river which is class 4 but this is a couple of hours drive away. The Barron has a lake at the end so a lot of the time we are paddling on flat water. This gives us a range of training opportunities to help with all 4 disciplines. We are also spending time in the gym and out riding bikes and running for cardio fitness.” – Sounds great!

Do you have any expectations related to the result? – “Like every team we are going to Indonesia to win. As a team we would be happy with a top 5 finish though as we don’t have any other comps to attend except the national champs so it is a bit hard to gauge how well we are preparing.”

From my observation the teams who do not have the opportunity to compare themselves with others push their training harder due to a little fear that they are not doing enough, and often this provides great results.  There is no doubt that you will give your best. 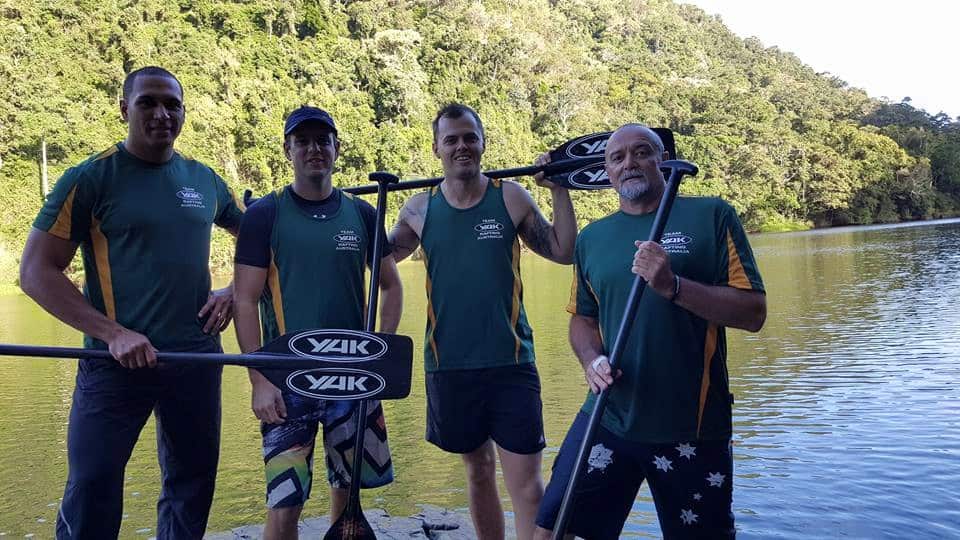 Do you follow developments at other competitions, the success of individual teams, videos from those competitions, etc? – “ We follow other teams and comps from around the world through social media. We like to see how teams are performing to give us an indication as to what to expect at the WRC.

I have also made a lot of good friends through the rafting world and it is great to see how they are doing in their local and national champs.

We also like to see how other countries hold their events as hopefully one day soon Australia will be in a position to hold an international event.”

Which discipline does your team like the most? “The team feels that our Sprint and Head to Head will be our stronger disciplines and this will hopefully set us up for a good result overall. We are also trying to concentrate on Slalom as this is probably our weaker event.

The team has not had a lot of experience in this event, so we have set up some practice gates on the river to try and hone our skills.”

How does you team relax after training? – “We are a pretty relaxed group of guys and try not to take life too seriously, so relaxing after training is not hard. Half the team has young families so spending time with the kids helps take your mind off things. We also like getting out and enjoying the beautiful outdoors that Cairns offers. Enjoying the rain forest by mountain bike or spending a day on the great barrier reef.”

“We would also like to make a big thank you to our major sponsor, Yak Australia, for all their help towards the team. As well as Adventure Equipment Australia, NSE Solar and Paddle Sports.

With this commitment to training and preparation for the WRC, Australia can be proud of its Open Men’s team. The competition is always very tough amongst the Open Men’s teams and certainly will not be easy. When the best of the best come together in one place, we can only enjoy their performance, but being among them is an honour in itself, and the opportunity to defend the colours of your country – priceless.

Kris, thank you for taking your time to answer the questions and introducing your team. We wish you a good stroke and the realization of your plans.

You can find out more about them and follow them on:  www.facebook.com/yakraftingteam

WRC 2016 draws to a close with the Downriver races