Before the start of WRC R6 New Zealand 2013 we introduced you to the BIH Open Men’s team. This year the boys have qualified to go to WRC R6 Indonesia 2015 and we will have a quick word with them again to see what’s new and what has happened in the meantime, as well as their expectations of this WRC event.

In the interview with us this time is Dragan Babic.

Hi Dragan, any change in the composition of the team compared to two years ago? 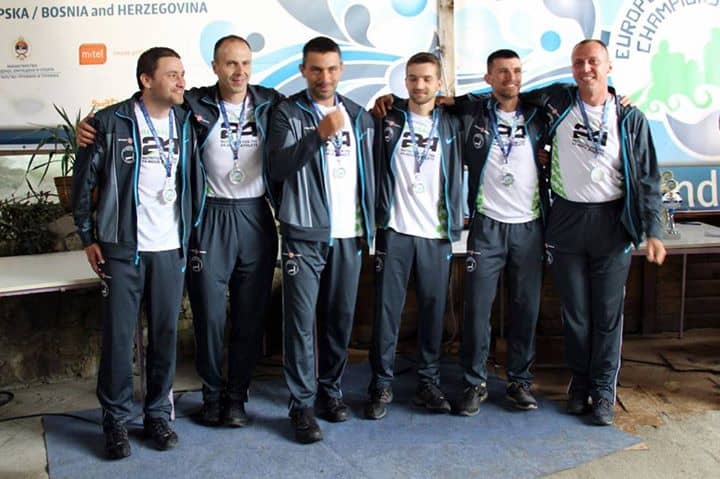 “Since the founding of the Club 5 years ago there have been no changes and the team consists of: Dragan Babic (right behind), Igor Kuzmanovic (left behind), Andrej Zamolo ( middle right) Nebojsa Tadic ( middle left), Drasko Ubiparip (front right ) and Dejan Markovic (front left). Unfortunately we do not have a substitute for our team, and sometimes we have a real problem in training, because it is very difficult to organize six people at the same time to be in the same place ☺.”

How will you approach the WRC competition this time after the experience with WRC NZ 2013? 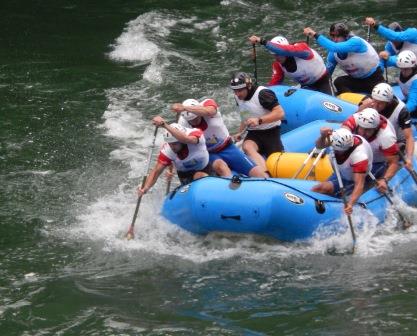 “Every competition we approach very seriously, because only then is it possible to achieve a good result, and as far as these two Championships I think we’re far more experienced as a team and after five years of paddling together we are mature enough to get a good result. Before the competition in NZ  we did a lot of training, but we were under great stress (problems with a plane ticket at the last minute – we did not know whether we all had tickets, problems with visas and immigration services in NZ, not to mention the time difference or jet lag that  killed us, as well as an insufficient number of training sessions on the hard rivers in NZ). But we have learnt from that experience and this WRC we are approaching it in a far more organized manner and we have been able to secure a sufficient number of training and acclimatization periods in Indonesia for the best performance of the BiH national team in the WRC, and secretly we hope for some medals.”

Euro Rafting Champs is always a great opportunity for the teams from Europe to measure themselves before the WRC competition, You achieved an excellent result there which was on your home river of Vrbas (third in the sprint, second in Downriver), and you were great in Turkey on the river Firtina at the Euro Cup. So what are your expectations and plans for Indonesia? 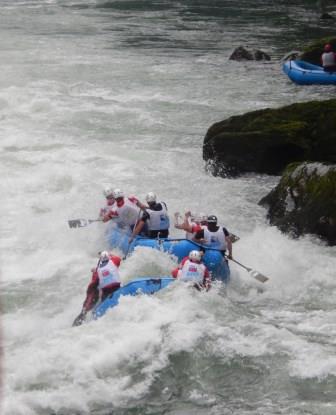 “We were very well prepared for the European Championship and so at the home track we managed to win two historic medals for BiH in rafting. Also we were very disappointed because we did not win another medal in the H2H, which is our best discipline. A small error in the ¼ finals lost us a better position in the semi-finals and so we lost a safe entry into the finals and medals.

As for the performance in Turkey – due to the fact that our country does not support our successes and that we do not get financial support from the Kayak and Raftng federation of  BiH to attend international competitions we are forced to use our own funds, so we went to Turkey, to the beautiful Firtina River to try win the prize money, which we succeeded against very strong competition. We were 2nd and earned almost half the travel expenses for the trip to Indonesia. Also we performed at several rowing races where we won some prize money and raised money to go to Indonesia.” – A fantastic example for other teams. – “With the support of the Ministry of Sports of the Republic of Srpska and the City of Banja Luka, we managed to raise the money for other expenses and so can go to the WRC. We are using this opportunity to thank our other sponsors for their great support: 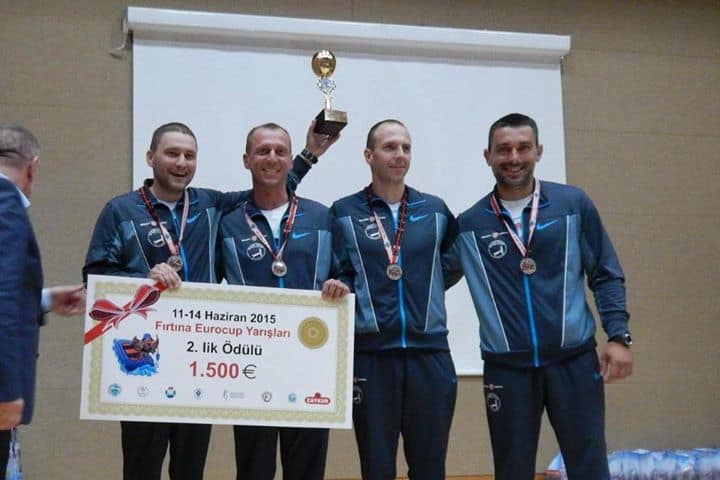 Our expectations at the forthcoming WRC are that we are all alive and well, because we have limited number of people and do not have a replacement for any of the competitors. As for the results – we expect to win one of the medals and in the overall to be in the first third of all teams, that will be for us a great result.”

These realistic expectations from this team are based on what they learnt from experience from WRC NZ and the new approach may provide a great results. The big problem is not having a substitute, but we hope that they will not need it.

The way they got money is certainly fascinating and an excellent example to others who are in a situation like that, but in order to achieve good results in a difficult competition like this they definitely need a lot of material assistance. They gave their best, so we urge you to give them your support by contacting them via their Facebook page (Dajak-klub-Banja-Luka) and make a donation towards their preparation for Indonesia.

Thanks Dragan, it was a pleasure to talk with you again. We wish you a good stroke and for your plans to be realised.