They radiate such positive energy that it is simply addictive. Their love of singing and dancing is infectious. Their T-shirts are the most sort after. And as we lead up to the 2015 WRC, they are once again in the top three as favourites. Certainly everyone’s eyes are on them wherever they are and they are definitely the most popular team. But, we love them because they are such nice guys.

Here is the interview with them. 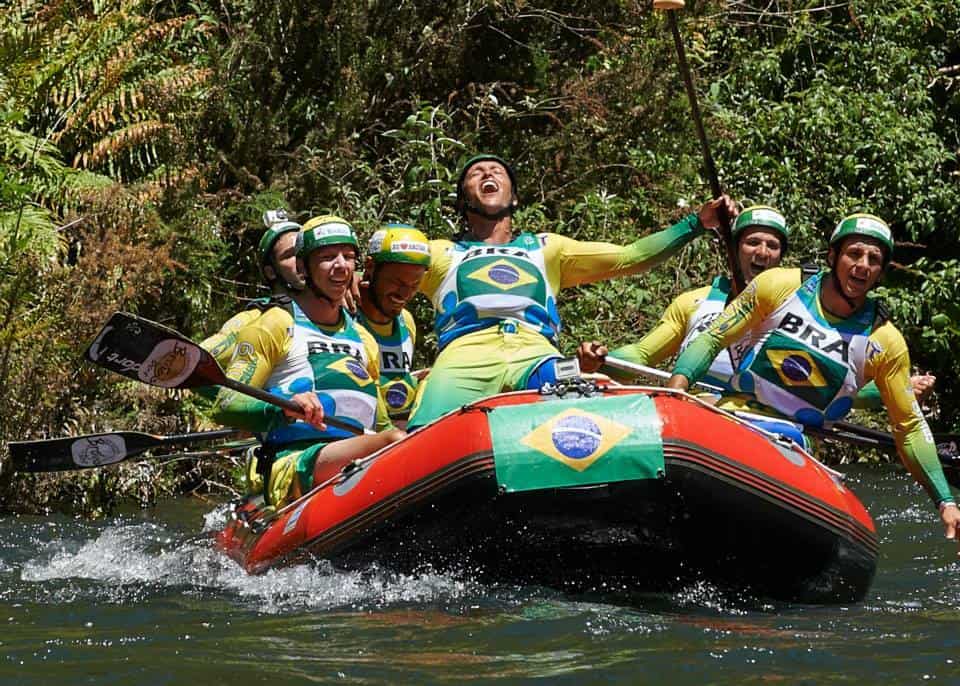 A brief history of the team? 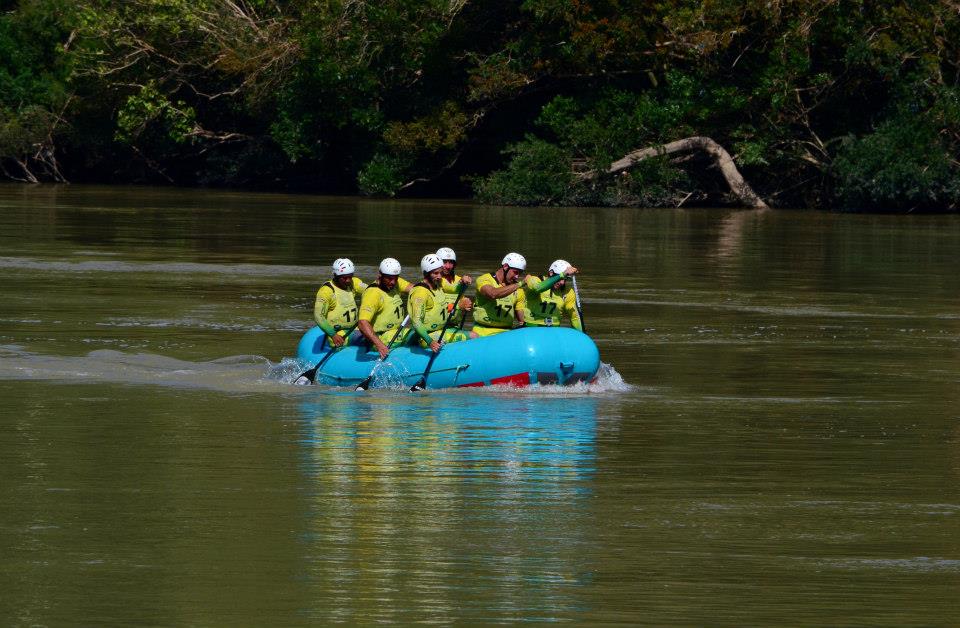 What do the team do? 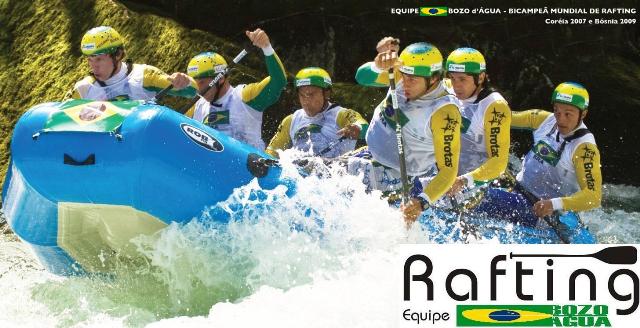 “We all work as rafting guides. I also paddle slalom kayaks, and Genildo paddles a kayak for paracanoe. All of us do functional training in a nearby town (San Carlos) with Valeria in the treatment and rehabilitation centre and follow up with her and her husband Marcos, in the Dominato clinic (specialized physiotherapy). We also do workouts at the gym, Active Gym. ”

How long have your team members done rafting?

How does your team prepare for the competition?

“We are training in our local town, Brotas, on the river Jacaré Pepira, where the level of water is very low at the moment due to the lack of rain, it’s only Class II and III.  For more training we paddle in the flat water stretch within the city. This year we participated and won a national championship in the city of Apiuna (Santa Catarina) where the level of the river was III and IV. ” 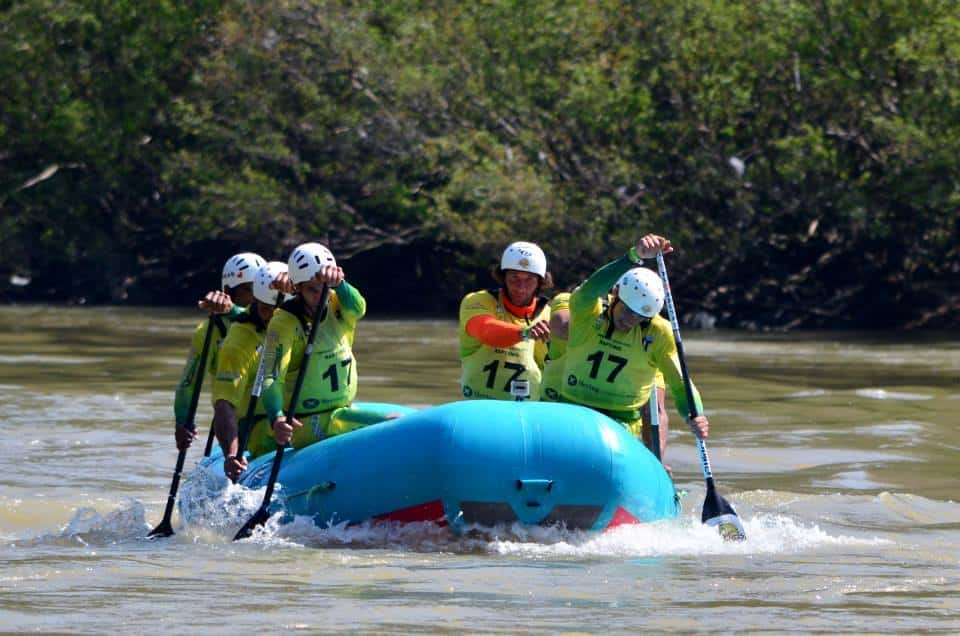 You will be defending your R6 title gained in New Zealand in 2013 – what do you expect the outcome will be …. and what are your expectations in general?
“We always train to achieve the best result. I believe the competition will be fierce, the teams will be training hard for the WRC, and we are also training hard to achieve our goal which is the title.”

“We enjoy the Sprint, and the Slalom as it has the opportunity to do it twice, but we also train hard for H2H and DR for a good placement.” 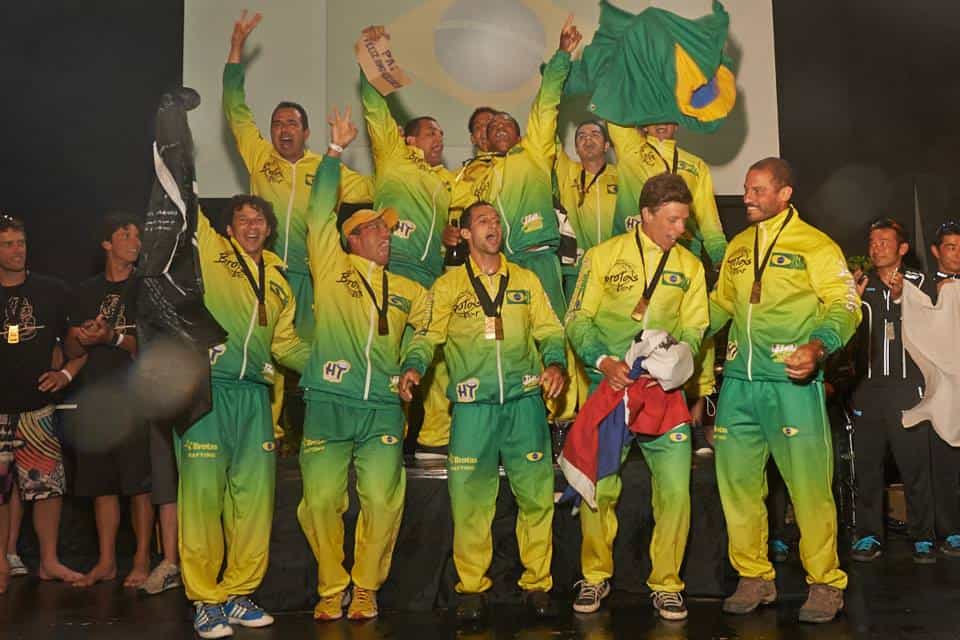 (Thanks to Renata Grandi and Sebastien Denervaud for help with the Portuguese.)

And even when there have been changes in the composition of the team over the years, they have maintained the same level of high quality, which is very ​rare. If you follow ​them ​through their Facebook page, you will see that ​they have been seriously preparing for Indonesia for a long time already. We can not wait to see them in action again. ​We also want to congratulation these great guys for all they have achieved so far. Pushing their own limits, they have also pushed the limits of  this sport internationally. The standards are getting higher and tougher,​ and​ without serious work, commitment, dedication and perseverance there can be no success.

We wish them good stroke, and continue in this vein for a long long time.

What would YOU do if severe floods hit your region?