SKR Bosna will have the honour of representing Bosnia y Herzegovina in the up coming R6 Euro Rafting Champs which are being held on the Vrbas River near Banja Luka. This Open Men’s team is made up of: Dajan Vinovcic -Captain, Sanjin Smriko, Mustafa Bisic, Jasmin Dizdarevic, Armin Kasapovic, Haris Pehadzic and Coach: Ekrem Tuka. 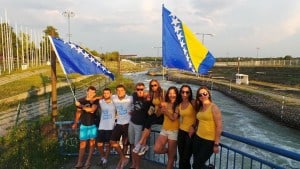 The club was founded in 2008. by two nature enthusiasts, Ekrem Tuka and Dajan Vinovcic. We chatted with Mustafa Bisic about the rest of the history of the club, their beginnings and about their plans for this competition and the near future​.​ 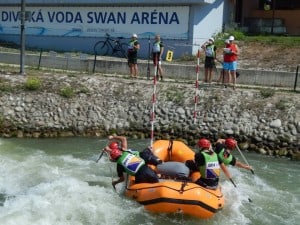 “We started really small with competitions and in the first two years competed only in the BiH league.” explains Mustafa, and adds, “In 2011 we were champions of the BiH league so we decided to compete in regional or international competitions. We took part in the new Euro Cup events in Banja Luka and in Slunj. Last year we competed at R4 Euro Champs in Slovakia in the U23 group and gained massive experience. We will participate at this Euro Champs in Banja Luka with both men’s and women’s teams from our club.”​ 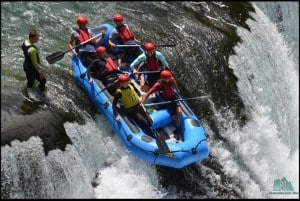 As the home team, do you feel some pressure leading up to this competition?

“The only pressure we recognize is the internal pressure of our big goals and our determination to make them real. We firmly believe that we will succeed in our mission and in our purpose. No external factor is bigger than this pressure, but the thing is – the big part of our determination is to represent our country well. Our national heritage and pride is enormous and people from Bosnia are generally the most welcoming and the warmest people in Europe, but you don’t want to be on the opposite side of a Bosnian in anything.” ​Meaning the H2H discipline will be most interesting to watch! ;) ​​

What are your expectations for this competition?

“Our expectations aren’t big. Two basic ones are to gain experience for the future and to give our best for the country we represent.”

Which discipline do you enjoy the most?

“Our favourite discipline in Banja Luka is H2H. The races are always tight and exciting there. And generally there is something about us people from the Balkan region that likes to go head to head.” 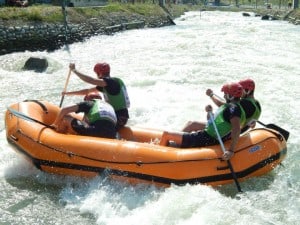 Are you familiar with the other teams in the Open category?

“We know for a fact that the Bosnia and Herzegovina’s Open 1 team ​(Dajak) is very strong and we expect that they will perform very well. Other than them the Czech Republic and Great Britain are always good.​”​

How would you describe the course on which the European Championship will be held? 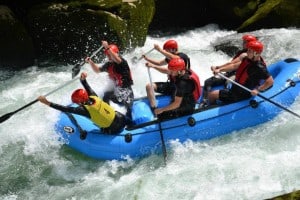 “The course is simply the best natural course in the world. Night slalom is awesome.” – Truth!

B​ecause the competition is held in your country you are a great one to ask – tell me what kind of national food should the participants try when they come to BiH?​

“You have to try “ćevapi”, they are great in Banja Luka. It’s a kind of fried meat with an interesting flavour and shape. And there is off course Bosnian pie (pita), there is all kinds of them but the best of them is the meat pie – Burek.” – I have had the opportunity to taste these specialties and join you on this recommendation.

In addition to this championship​, which ​other competitions ​we will be able to see​ you at this year?

“All of the National competitions of the BiH league, plus Euro Cup Nis.”​ – Yes, EC R6 Nis is excellent for warming up before Euro Champs.

We all know about the floods that hit this country last year and how many of the rafters from Bosnia helped the victims. On that occasion, much of the rafters’ equipment was destroyed and they have no ability to pay to replace it, so an appeal to all participants coming to the Euro Champs – if you can help, bring equipment that you can give to them – see video

Some training and preparation videos:

Home ground always provides a small advantage, I hope these guys can make the most of it. There is no doubt that they will have huge support from the stands. Being a part of the Euro Champ is no small thing, and the opportunity to socialize with other contestants from all over Europe is priceless. So as well as wishing them luck in the competition we also hope they enjoy this opportunity.

​There will be many teams at the Euro Champs who have already tried out this river, but definitely for those that haven’t been back since WRC 2009 it is a great opportunity to remember wonderful memories from last time and to add new ones. 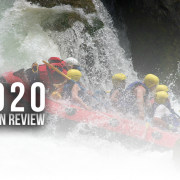 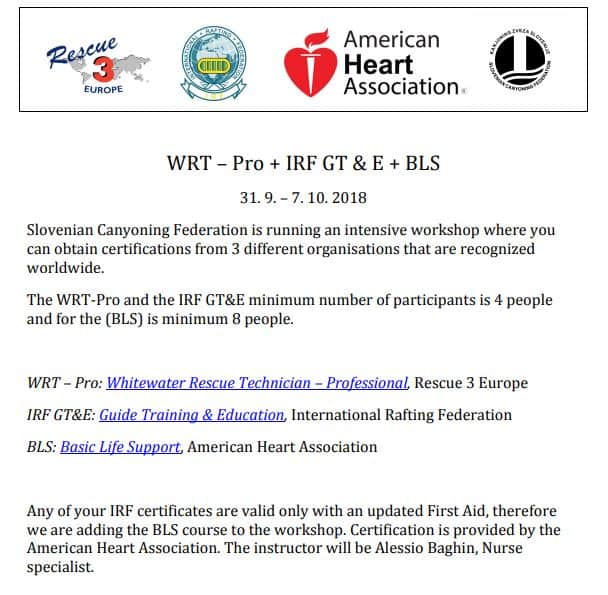