Red Ladies Raft Racing, Colorado, are well known to us (Red Ladies of the USA looking at rafting development long term), but it’s a long time since we last chatted to them. So to find out what has has happened in the meantime we chat to Julie Sutton. 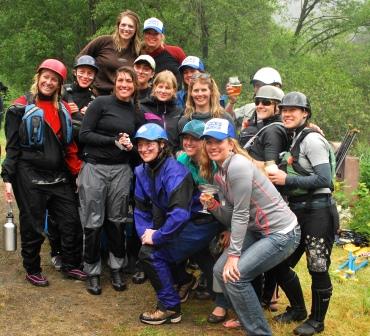 Hello Julie, it’s been a long time since our last chat. Have there been any changes in the composition of your team? What are the plans for this year and what are the successes achieved in the previous period?

​​“The team has changed since New Zealand, many times over. Being on a raft racing team is not the most tangibly lucrative endeavour. Staying with the team is not only about passion for the sport, but also really looking at where people want to put their energy in their lives. Training and competing takes a lot of time, energy, and finances. As we each grow older, we start to weigh the benefits vs the amount of time, energy and money we put into the sport- as well as trying to figure out how the sport can be fit into our busy lives as we mature.”​ 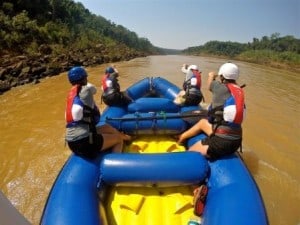 ​”It’s not easy and sometimes moving on with our lives or finding ladies who can fit our individual schedules begins to prevail. The women that were on the 2013 team were second to none in terms of their dedication, passion, and athleticism and it was a privilege to race with them. ​“

We last chatted quite awhile before your departure to New Zealand, where you achieved great success – tell us something about that experience?

“In New Zealand, we achieved unexpected results, but had trained for success. We had trained hard as a team not only to go to worlds, but just to become the National Champions in the USA. We weren’t quite sure what to expect. We were humbled. We were in awe at all of the women’s teams (we’re used to, at most, competing against 2 other teams.) We were so grateful to have our coach, Todd Toledo there to calm us, motivate us, and keep us focused. His presence, support and guidance was integral to the successes we experienced. We knew we had trained hard and had the ability to be successful and to excel. In some ways, we didn’t achieve what we had hoped for because we didn’t know what to expect; in some ways, we achieved more than we thought we could. The dedication and commitment that some of the teams possessed was inspiring and motivating. The experience was as the cliché goes, “a once in a lifetime experience”. We all came back thrilled and incredibly proud of our 3rd place medal in head to head. It was like first place to us after seeing the competition there. In fact, winning our first head to head race vs Japan might have been the largest personal team victory we had. Those girls are mindful, talented, strategic, tough mentally and physically, and well trained athletes. To come out winning was, for us, simply mind-blowing. It gave us more confidence during the competition.”​

Yes, the Japanese women’s team is everything you say they are and so defeating them is certainly an excellent motivation. Congratulations on  your success achieved in New Zealand.​

In 2014 you qualified for R4 WRC Brazil, was it really that hot there? 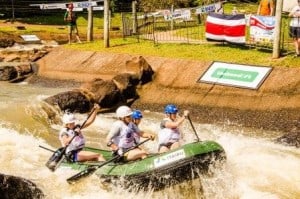 “Hah! Brazil was not just HOT, it was blazing hot. Basically, you woke up sweating, went to bed sweating, paddled sweating, and were sweating while in the water. We spent a lot of time in the air conditioning, drinking water, drinking cold coca colas, and having an ice cold Caprihina was like heaven. That time of year, for us, is deep into autumn- temperatures are cooling. It was definitely a shock to our systems. We weren’t quite prepared for the unseasonably warm temperatures, we had to go shopping for shorts because even our uniforms were too hot to compete in.”

Yeah, I think it was the warmest WRC so far.

What were your impressions of the competition?

​“There was a lot of miscommunication, lack of communication and miss understanding while in Brazil, not just because of the language barrier. The communications problems and misunderstandings lead to an impression of lack of organization. Although, we are certain that everyone was doing their best they could under the conditions. In terms of the water running out, we experience that sometimes in Colorado. For us, we went with the flow of things and did our best competing.

There were half as many women’s teams as compared to New Zealand. The one thing that we had to get used to was the man-made canal as well as going from the “low water” feeling of the canal to the VERY large volume water of the Parana River for the downriver.

Overall, though, the experience was again, once in a lifetime. As a team, we were able to meet more competitors, maybe due to the smaller number of competitors. That was a highlight of our trip, getting to know more and talk to more of the racers and organizers (and of course seeing the waterfalls!) We weren’t allowed to train like we were in New Zealand, I think that all of us would have liked to go experience the Parana River and the canal more. At the same time, on the shuttle to the competition locations, we definitely felt as much like tourists as athletes-taking photos and sightseeing.”​ 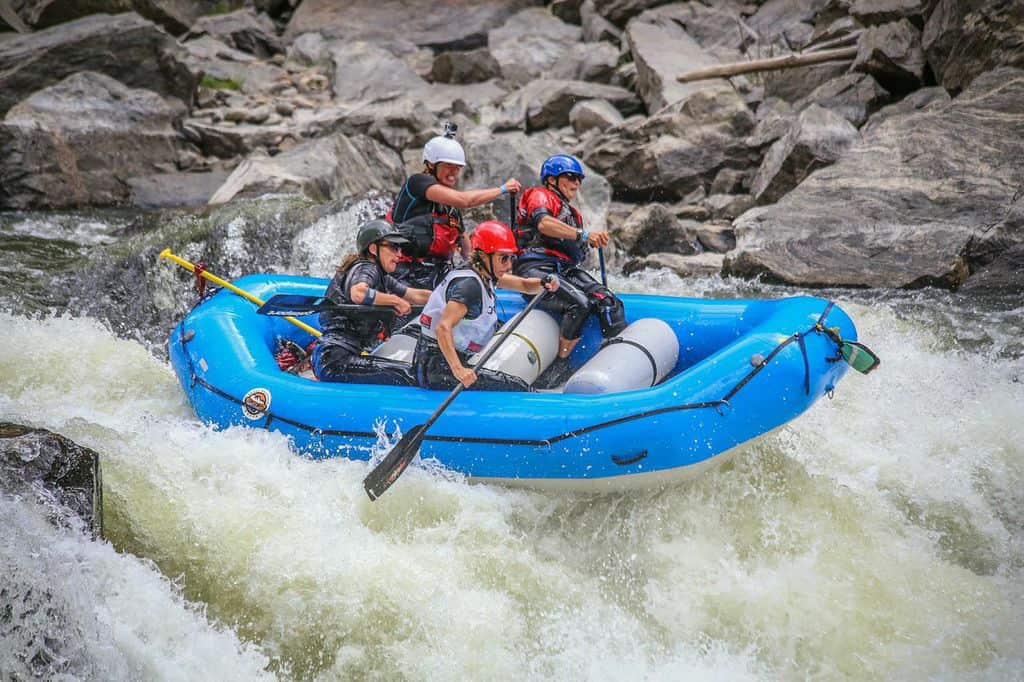 This year’s WRC R6 is in Indonesia, have you qualified for this or is that still coming up?

“Our national competition is going to take place in June this year to determine who will win the option to go to Indonesia. We are training hard and I believe there are quite a few other teams out there training hard as well for the US Nationals.​“

​Until then, we will certainly continue to monitor your work.

​Behind such a good team are often good sponsors – who are your sponsors?​

So here we leave these girls to their training and preparations for their US Nationals. Thank you Julie for chatting to us and we wish you great success at your National Champs. 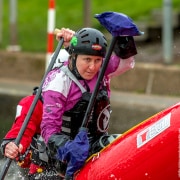