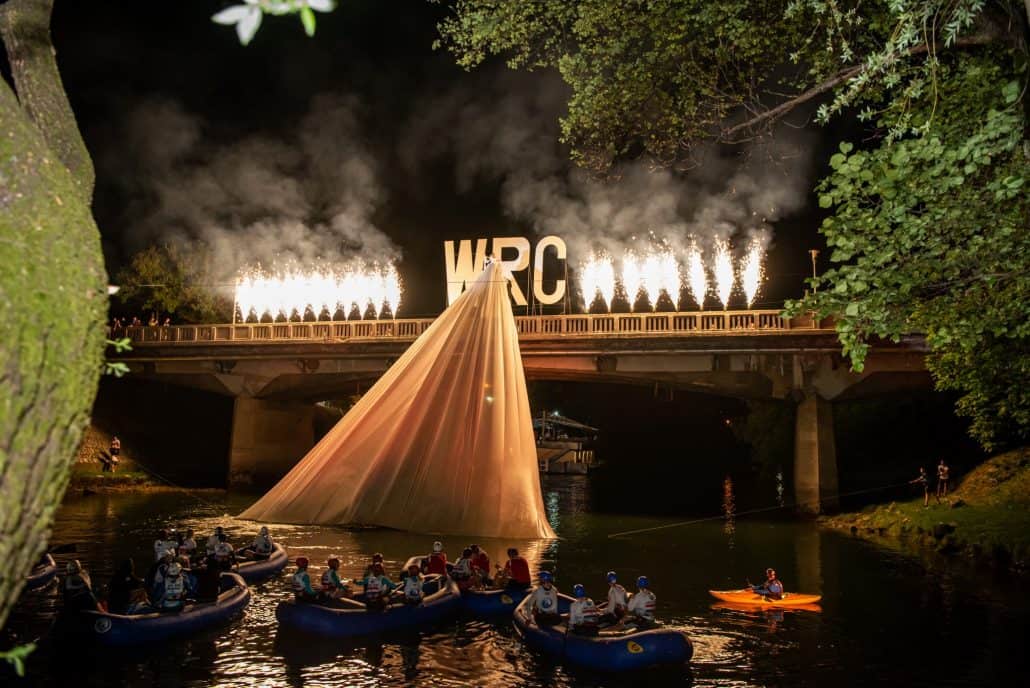 As we are all used to, when Rafting Club Kanjon is the organizer of any rafting competition, it will be nothing less than amazing.

That was the case this time as well – WRC2022 in Bosnia and Herzegovina will be remembered for its great organization, unreal nature, incredible hosts and wonderful emotions.

From 22 countries, 61 teams came to test their skills and strength on two rivers – Vrbas and Tara.

The opening ceremony was spectacular, as always in Banja Luka, and we had the opportunity to see the closing of the competition in Foča. 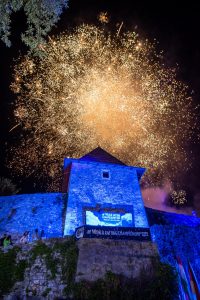 As for the biggest challenge as the head judge and head of S n C , was to prepare it all in only 6 months or so…
As for the best memories it is easy….the Tara river valley…so beautiful!

Biggest challenge was moving everyone and everything from Banja Luka over to the Tara River.

Best memory is the slalom under the night lights. Something special about that!

It has been amazing to see how the sport of whitewater rafting was shining during World Rafting
Championship 2022 on river Vrbas and Tara. Banja Luka (and Foča) have set an example for the
organization of big and logistically demanding sporting event during these challenging times. Also, maintaining high-quality level in terms of logistics, safety and media during the whole event in such extremely difficult circumstances is big achievement for WRC2022 organizing team and for City of Banja Luka. We´ve all witnessed a brilliant World championship starting with opening ceremony that was really breath taking and later throughout all disciplines, where competitors pulled everything they had, mentally and physically, in order to display such high-level performance despite technically demanded courses of Bijeli Buk, where sprint and H2H were held and slalom that was held in Kanjon Tijesno, which is undoubtedly most spectacular and attractive slalom race in whitewater rafting. The last, but not the least, downriver race on emerald Tara River in magnificent Tara River Canyon, will remain deep inside the memory of every competitor, for sure.

Biggest challenge was fulfill IRF high demands and expectations in terms of providing a stable and secure computer network on which several different categories of users depended (referees, results, Livestream, TV graphics, etc.). When you’re in an urban environment it’s not much of a challenge nowadays, but in the conditions in which IRF competitions are usually held (on rivers, far from any reliable telecommunications infrastructure and with fairly long routes) setting up a network that will work reliably can be quite a challenging. Fortunately for us, I think we did it successfully in Banja Luka.
The biggest impression from WRC2022
The nature, the river, the people around you, the food and the unreal atmosphere that surrounded the whole event. 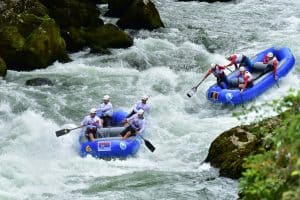 Till some next competition – keep on Rafting!