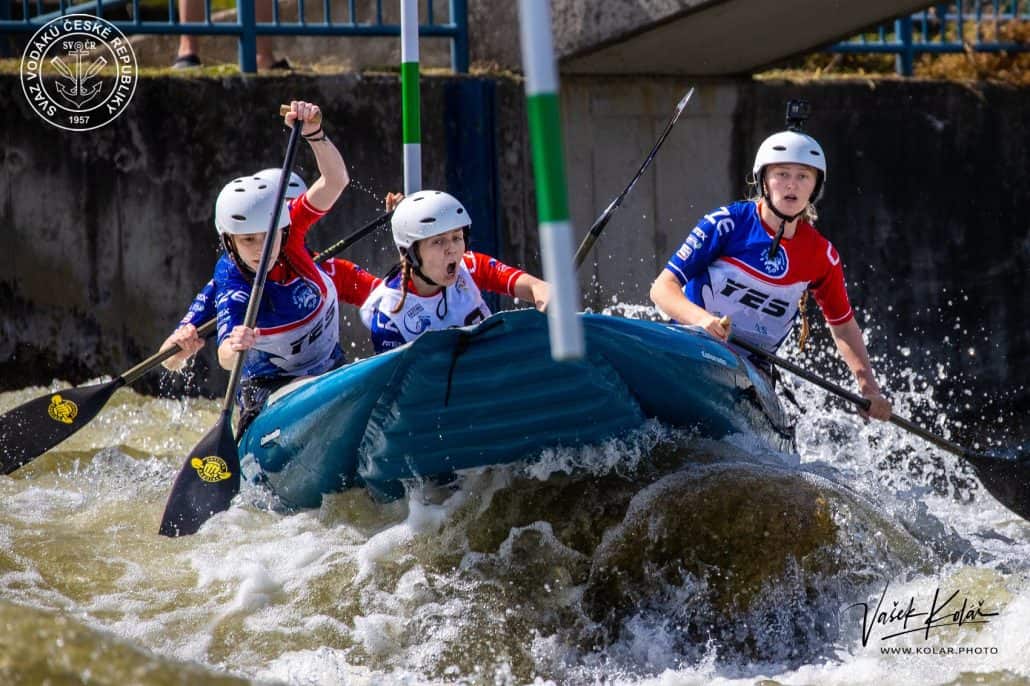 On May 21 and 22, Euro Cup Čunovo was the first race of the 2022 series. The event took place on the artificial canal in Čunovo near Bratislava. The race was part of the Slovakia National Championships, the Czech National Cup and the Euro Cup Series, so rafting teams from Slovakia, Czech Republic and Germany met together. National teams of all 3 countries took it as a good training possibility for the World Rafting Championship which was happening a week later in Bosnia and Herzegovina. The race itself was spread over two days, and each day took place on a different artificial channel. The water sports area in Čunovo offers such possibility, so Saturday took place on the right artificial channel and Sunday on the modernized left artificial channel. Both days there was a two-round Sprint and Slalom. This year, the race took place for the first time in Gumotex Colorado boats. 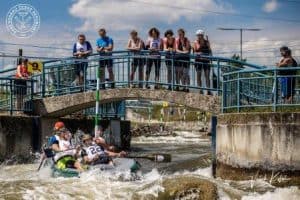 On Saturday, the races were held according to the Czech Federation rules, as the Czech National Cup was held. Rafting teams were split into its categories (U19, U23, Open, Masters) and negotiated the canal. All crews managed the Sprint track without any serious problems. This couldn’t be said about the Slalom track, which was scheduled in the afternoon. Some gates made the crews so busy, that the spectators were witnesses of several involuntary swimming. This was later on recognised by the organizers with a special prize for the best swimming performance. Nevertheless, the track was praised by all participants. 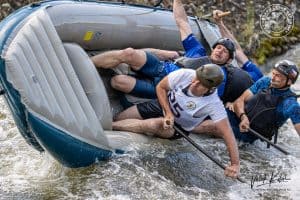 The same scenario was on the agenda on Sunday. The change was only in the categories, which were reduced only to the Open. This was due to the fact that the race was held according to the rules of the Euro Cup Series. The new modernized left artificial channel was a challenge for the rafting crews not only during the Slalom discipline, but also for the Sprint. So we again witnessed frequent flipping of the rafts. The track was very challenging, but most of the crews managed it without missing any gates, so the results in the slalom were decided by clean crossings and speed.

At the end of each race day, the organizers offered the crews that were preparing for the World Rafting Championships one extra Slalom run in the Gumotex Pulsar boats, which most teams took advantage of. 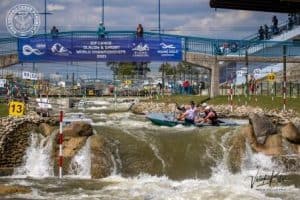 The whole event was held in a friendly atmosphere and in nice weather. Not only the athletes but also the judges praised the race itself. The quality of the event was also confirmed by the online results on the website and the large results board, which is part of the complex. The friendly atmosphere was complemented by a quality joint lunch of the judges and on Saturday evening also a modest joint dinner of the competitors in a pleasant environment in the nearby restaurant “Modra cajka” (Blue Seagull) which is located directly on the Danube River. 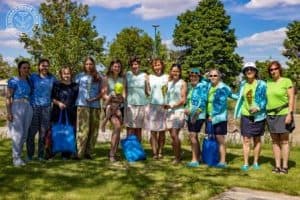 All participants expressed a huge tribute to the organizer, who prepared a high-quality international event, which was so lacking due to Covid times. The water sport area in Čunovo near Bratislava offers these possibilities, so they were fully utilized.