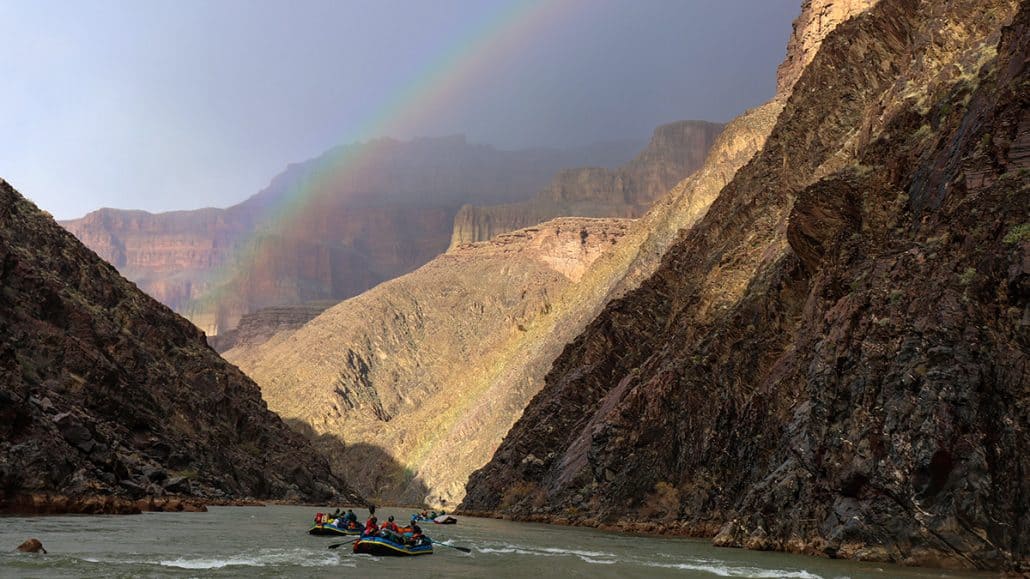 IRF media contributor Annalee Decker took the plunge at the end of last year and shares with us her 2021 Grand Canyon Coming of Age story – a Rafting Rhapsody.

The angle was wrong. I knew it and he knew it.

Hunched down in the front of an oar frame raft, clutching cam straps for any semblance of stability, I stared down the only feature we were instructed to avoid; the cliff face.

Releasing the straps, I turned to my boat partner and readied myself to grab the oars and row-assist our way out of this situation. It was too late.

“Watch your oar” I shouted over the thunderous swirling water. My warning came too late.

The oar’s blade caught the rockwall and spearheaded my direction. The grip hit my ribs perfectly where my PFD did not cover. An instant later, I felt pain everywhere.

Luckily, I am a small person. The shear force of the flying oar managed to shove my small frame towards the raft’s front and I avoided breaking my ribs. If the scream that followed was any indication, however, I did not avoid injury altogether.

I answered with strange gasping sounds. I wanted to cry. I did not want to look at my companion. I was going to cry if I did. He could not see me cry. He still had a rapid to row.

It is the 11th day of a 28 day private rafting trip on the Colorado River through the Grand Canyon, and we had just scraped through a precursor of the “Gems” rapid series: Granite Falls. This feature has lateral haystack waves that should be avoided to ensure your raft does not bounce through cumbersome boils and into sharp rock walls.

Sitting in the 16-foot raft with me is my boyfriend of eight months, Tristan, a matter-of-fact adrenaline junkie who craves the biggest lines and splashiest holes. Right now, though, I hear the anxiety in his voice. Still asking me to look at him, I finally turned around.

“Are you okay?” he asked again. “Yes,” I responded back quickly. “Are you sure?”

No going back now. I didn’t know it, but I still had my biggest test in becoming a true ‘oarswoman’ just downstream. 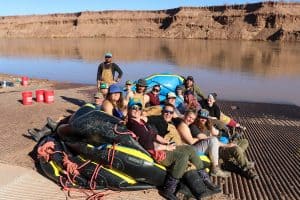 Four miles later, Tristan and I parked the raft along with five other boats belonging to our trip. Dispersed among these crafts were fourteen highly experienced guides, ready and willing to come to anyone’s aid if and when trouble started.

After tying off to a sand stake, Tristan and I rock scrambled to join our group.

I barely spoke as I stared down at the churning water below me. One of the most anticipated and carnage-filled rapids in the Grand Canyon, Crystal Rapid was roaring for its next challengers.

Crystal Rapid was formed in 1966 in the aftermath of a historic storm. The excess water flooded Crystal Creek, the rapid’s namesake, and pushed debris in the river. Among this debris, the creek pushed a colossal boulder perfectly in the middle of the channel. This rock now forms the rapid’s most formidable feature: Crystal Hole.

Continuing to stare, I picked out my line. As a result of increasingly concerning low levels at Lake Powell, the Colorado’s headwaters, our expedition ran consistently at low flows. This meant that the only path available for the crew and I was to run left.

Going left is dynamic and offers multiple opportunities for disastrous error. Your goal is to split a smaller hole on river right and the hole in the center. It is possible for the rower to aim to hit the right corner of the left hydraulic to ensure they are nowhere near the middle feature.

Past the entrance exam, the oarsman then needs to turn their boat and pull from the towering Canyon walls notorious for flipping premature celebrators. The individual can then turn the raft downstream and push through the remaining wave train, once confident they are in the clear.

I decided to go for the corner of the left hole.

Armed with my decision, I found Tristan and we returned to the boat. He silently united and I got into position.

I stretched my side and felt the muscles resisting extra movement. It would be difficult to throw my left oar if things got interesting. No time to think about that, we were in the current.

Slowly pushing the several thousand pound boat, I inched the raft into position. I began to panic as the raft picked up speed. I was too far right. Turning the boat to nearly a full left hand angle, I began pushing as hard as I could towards the left bank while simultaneously arguing with Tristan about our impending disaster.

Disaster never came. We were, in fact, perfectly lined up to run the dry line and split the holes. This move set me up nicely to easily pull away from the feared walls and ride the wave train out. It felt anticlimactic to be perfectly honest.

Privately brushing my success as luck under the rug, Tristan and I finished the day with my solo rowing the raft, and him paddling an inflatable kayak – kindly sent to us by Sotar Whitewater.

It was a rad day; a top favorite in my four year career. It was not until the evening, however, that I felt I had done something worthy of mention.

Fueled by the day’s excitement, my group threw a large campsite party to celebrate our survival. As the night continued, a strange thing happened: the other girls began to shout. They were chanting my name. 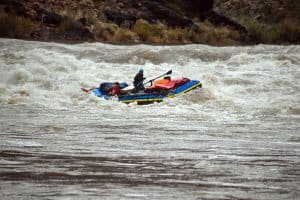 Despite potential appearances, these acts were not an attempt at showing off; rather, they were desperate moves of trying to prove to myself that I belonged on the trip and, more broadly, I belong in any facet of the whitewater community that I have the privilege to come across.

They were not meant to be viewed as oddly heroic acts of gender equality.

“You’re a badass Annalee!” they repeated into the desert stillness. “Annalee!”

Their voices made me uncomfortable. I am not used to cheering crowds. The experience also touched my heart in ways I have only begun to understand myself.

Their kindness marked when I became an oarswoman. Their praise and kindness marked the moment when I finally felt like I had a place in the community of which I had been so desperately chasing. 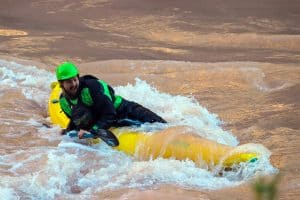 Whitewater changed nearly every detail of my life. A bored eighteen-year-old sitting in her college dorm, having no idea that she would soon embark on multiple adventures of a lifetime. Not knowing that the adventures would just keep coming.

During those adventures, albeit grand or day-to-day, whitewater has provided me with some of the greatest people of which I hold the most dear. People I am proud to say will come to my aid, and I to theirs, no matter the situation.

Whitewater is every adrenaline junkie’s dream. The whitewater community is any person’s honor.

Every boater is on the water to high five downstream. There is no telling what impact that highfive will have on your peer. I dare you to try it sometime. 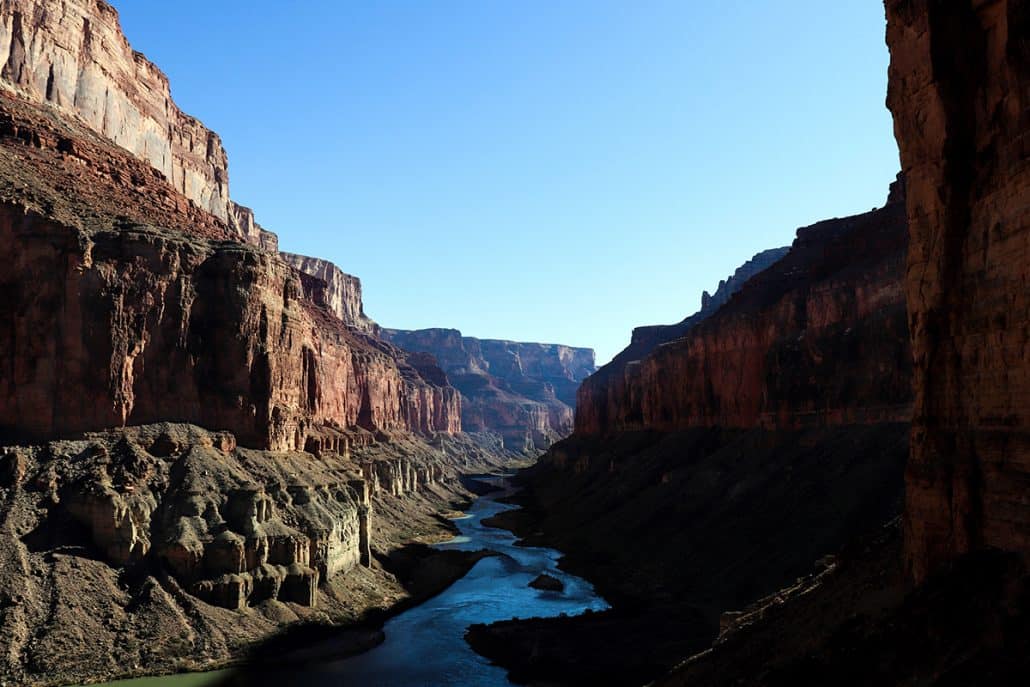 Rafting Rhapsody: A 2021 Grand Canyon Coming of Age is an article by Annalee Decker, a regular contributor for the IRF. You can find her articles and photos by searching our site for Annalee Decker. 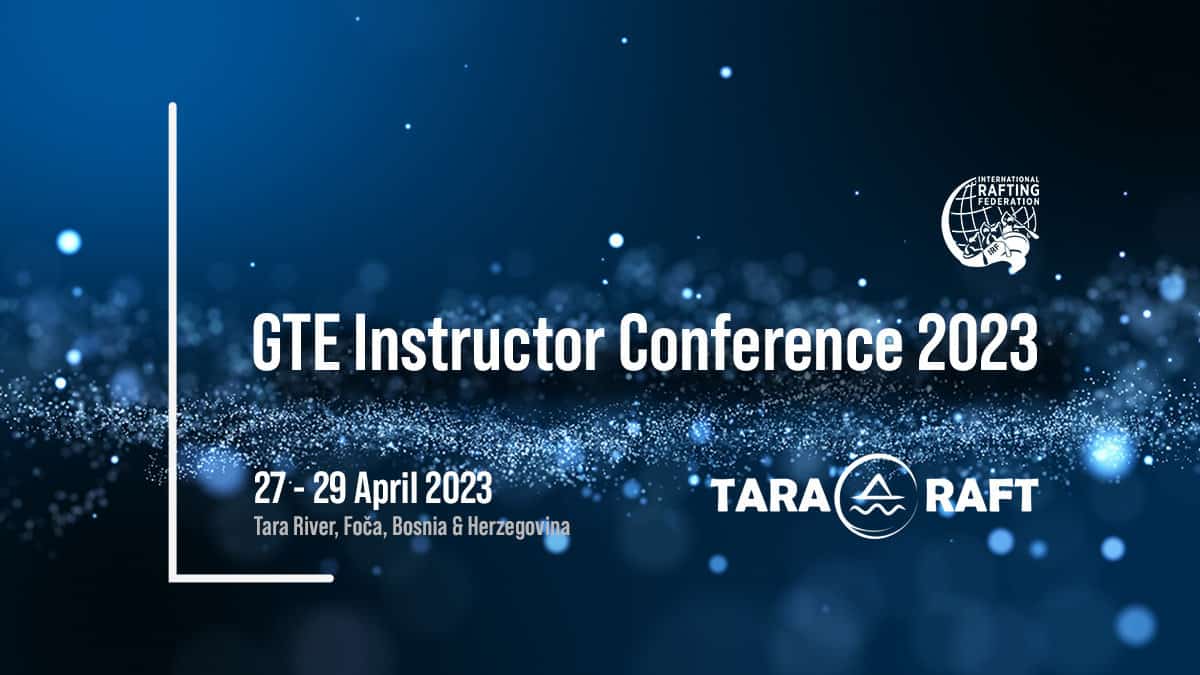 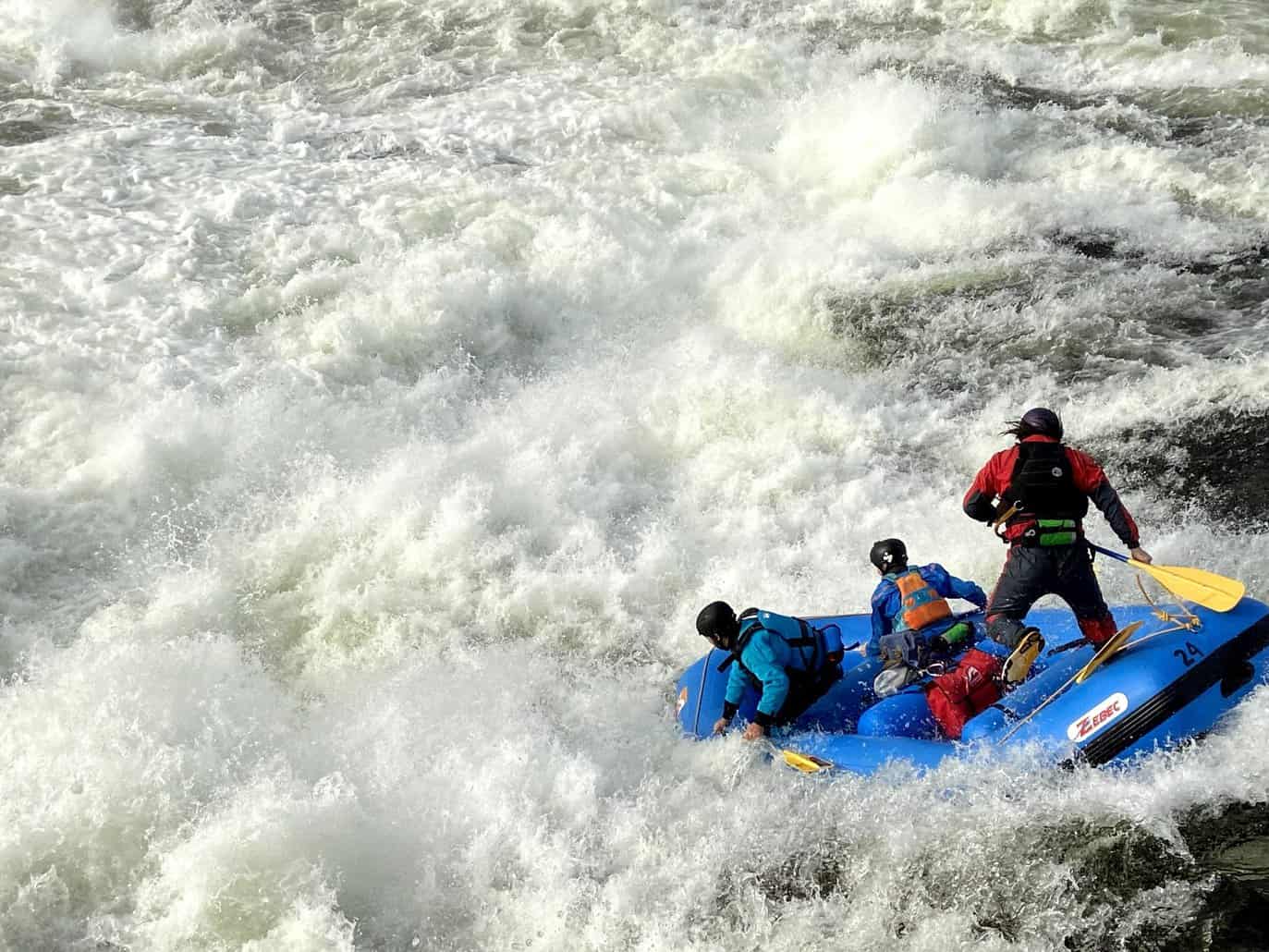 Certified and trainee raft guides in southern Norway for 2023. Any candidate? 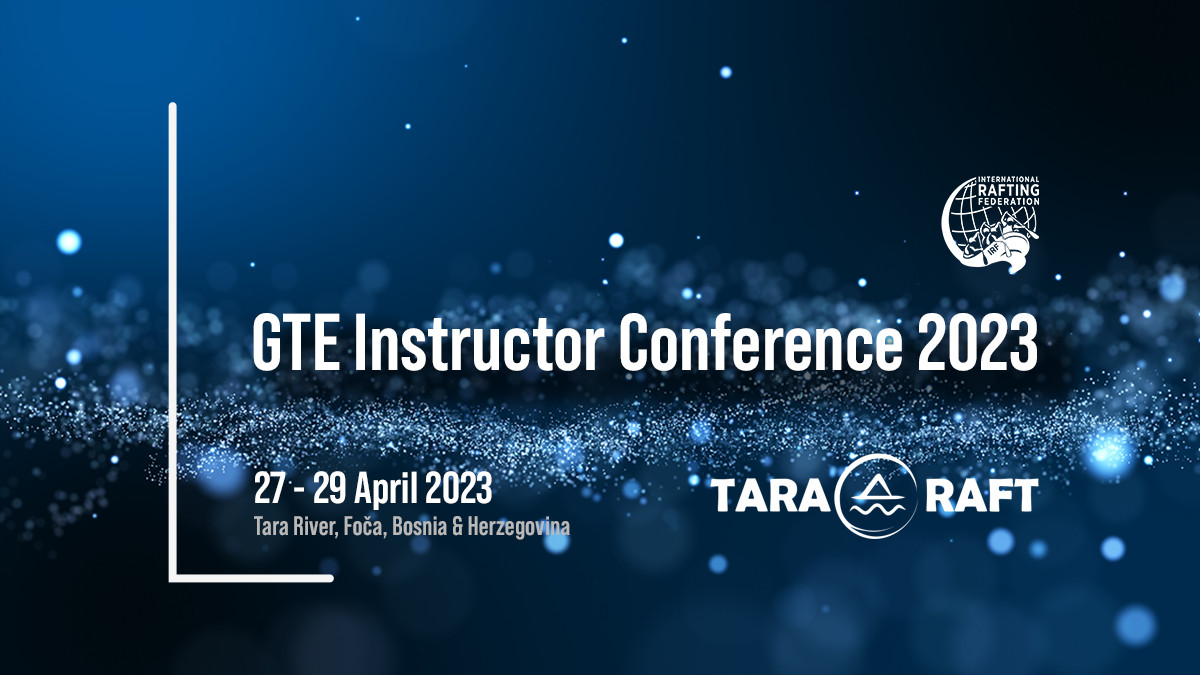 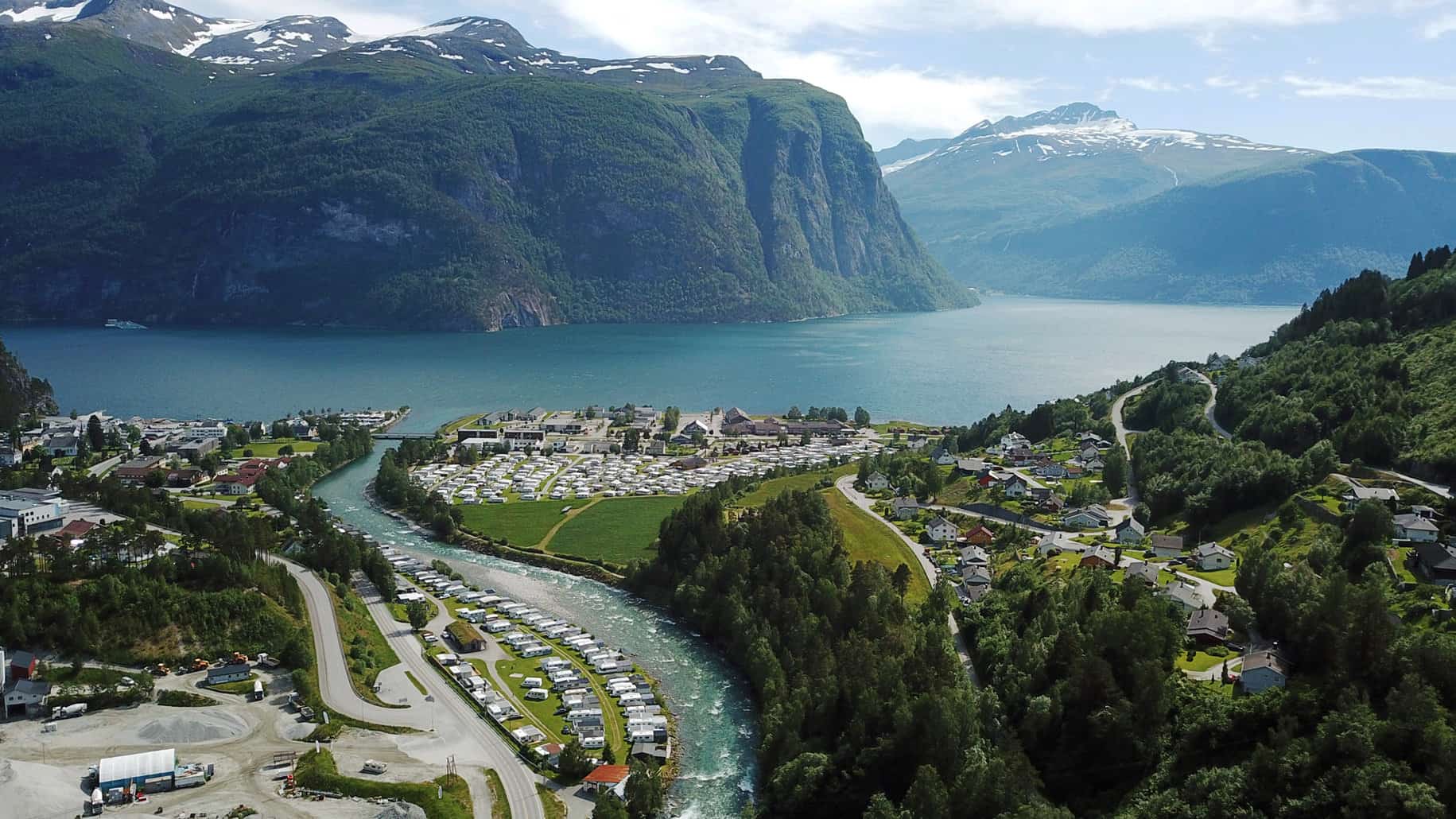 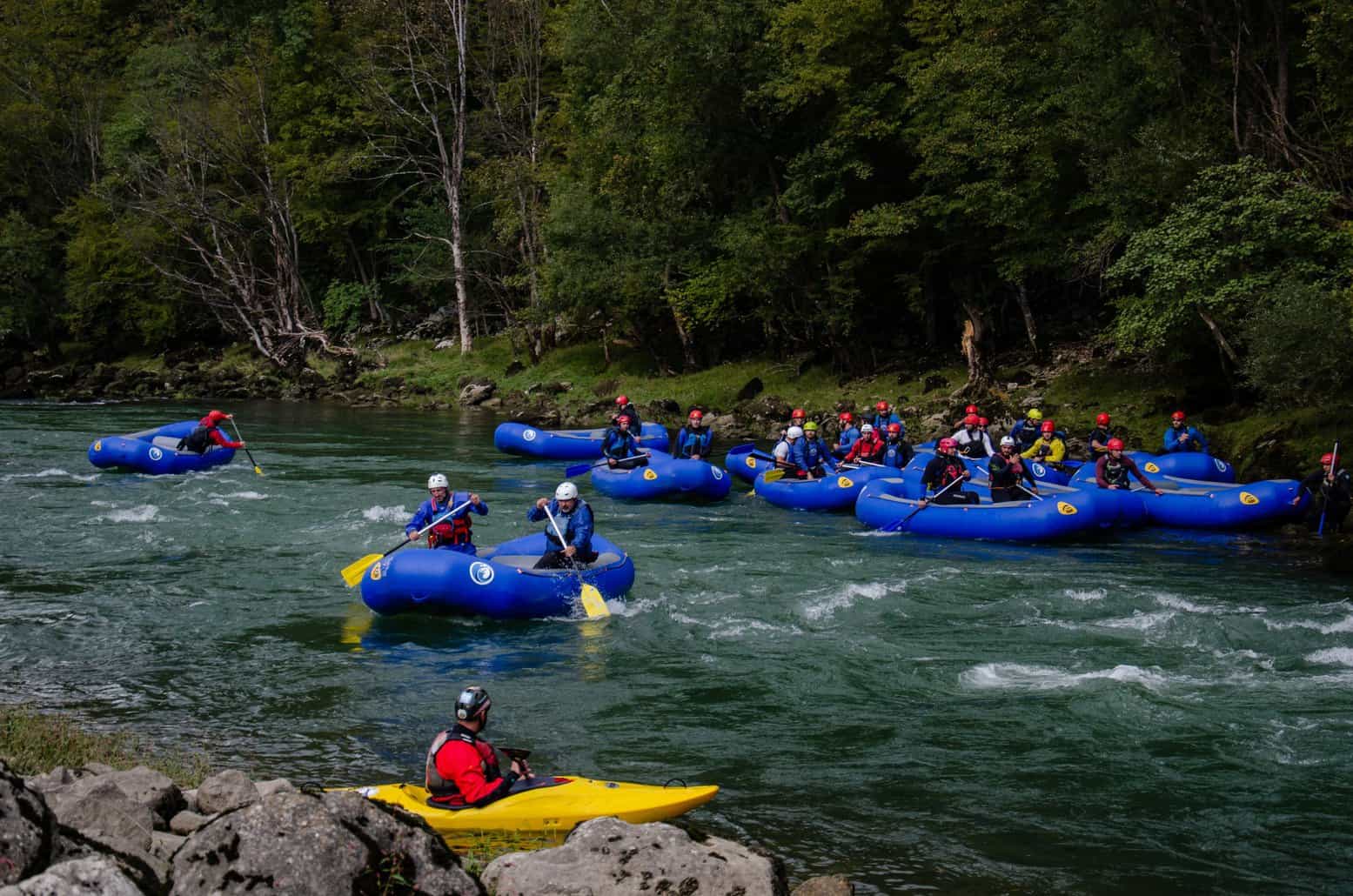