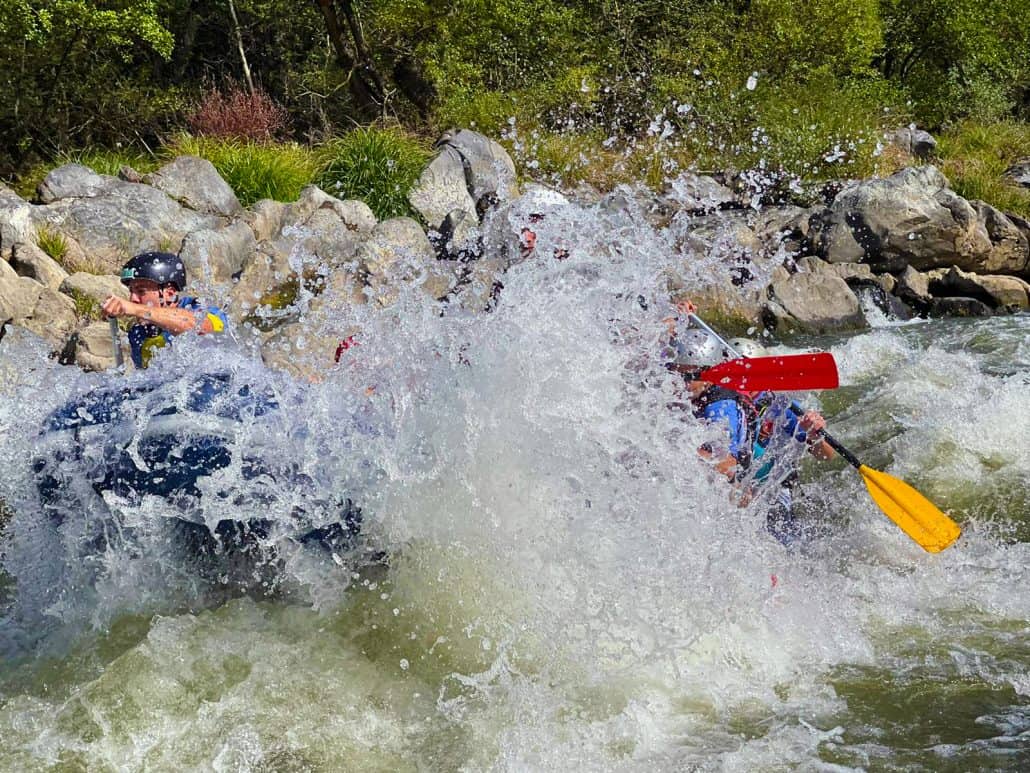 Ibar 2021 was the final R6 Euro Cup of 2021! It was held in Ušće on the Ibar river in Serbia last Sunday. Ibar is fast becoming a raft racing destination as this was the second Euro Cup (last year was the first) but also the third competition held here and organised by Rafting Asocijacija Srbije (Rafting Association of Serbia).

The race was in question due to the difficult pandemic situation in Serbia, as well as complicated procedures for entering Serbia, which made it difficult and impossible for some teams from abroad to come and participate. 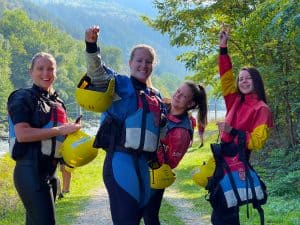 Despite all the problems, a total of 10 teams participated in the Euro Cup, 8 in the men’s and 2 in the women’s competition.

Last year’s winners of the Euro Cup RK Dajak from Banja Luka, national champions RK Eko Lim from Priboj, excellent team SKES Vir from Pancevo were the main favorites to win the first three places, and experienced competitors from KES Pustolov from Banovac, RK Lim were looking for their chance. Lučice from Prijepolje, the rejuvenated team of RK MRI from Lajkovac, the team of students of the Military Academy in Belgrade and the home team of RK Kebona from Polumir, composed mainly of young kayakers. Teams of local girls from the kayak clubs Studenica and Ibar and the women’s team KES Pustolov from Banovac competed in the women’s competition.

Slavko Trifunović from the Studenica Kayak Club was responsible for the flawless design and preparation of the course, help with the gates and accompanying equipment and timekeeping. Cadets of the Military Academy led by Lieutenant Colonel Negovan Ivanković and old members of the Tifran clubs also helped with the installation of the gates. 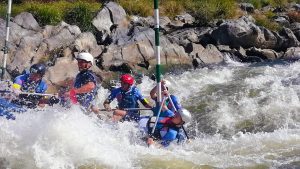 This year, the teams competed in Advance R425 boats, and we owe our gratitude for the transfer of boats to the rafting clubs MRI, Tifran, Eko-Lim and Lim Lučice, as well as the Faculty of Sports and Physical Education at the University of Belgrade and the Military Academy in Belgrade.

After the first slalom, RK Eko Lim was the most successful, with almost flawless passage, perhaps unnecessary touching of gate 3, but without touching the last gate number 8, which was located in the middle of the noise Grmčić and which caused the most problems to all teams, the second was Dayak, and the third Vir. In the second pass, Eko Lim had a better time by only 16 hundredths than Dajak, but due to touching the gate 4 and an additional 5 penalty points for Eko Lim, in the end Dajak still had a better result (121.01) and won first place in the slalom discipline. In the second slalom, Vir also had a great time (124.93), which brought Eko Lima (124.26) closer to a better time by only 67 hundredths. A good result in the first slalom was made by the Military Academy (184.28) which secured them 4th place, the Adventurers had 201.08 from the first, and Lim Lučice (219.14), MRI had better first times, 219, 26) and Kebone (221.28).

The Kebona women’s team had a great second time (178.34) and they showed that they can be a serious rafting team, ahead of the Adventurers who had a better time in the first slalom (274.18).

Due to the tight schedule because the entire competition was organised in one day, it was agreed with the team captains to hold two sprints instead of a sprint and a head-to-head.

In the first sprint, Dajak (83.27) was better than Eko Lim (83.80) by 53 hundredths, and in the second Eko Lim by only 13 hundredths (83.76 vs. 83.89). Vir achieved great times (85.25 and 84.09) and was close to the first and second place, especially in the second sprint. Pustolov and the Military Academy won 4th and 6th place each in separate sprints, Kebone was 5th both times, MRI 7th, and Lim Lučice 8. In the women’s competition, the Kebone team was more successful in both sprints than Pustolovki.

In the last discipline, seven teams started the descent, Dajak confirmed the deserved victory and was more successful than the second-placed Eko Lima in three minutes (41: 18.21 vs. 44: 21.18). These two teams confirmed the first two places in the final ranking in the downhill. KES Pustolov took the third place in the final placement with an excellent time in the downhill (48: 14.27) and after SKES Vir gave up the last discipline. RK Lim Lučice were fourth in the descent (51: 00.79) ahead of the Military Academy (51: 35.57), but in the final placement due to better results in the first two disciplines, the Military Academy was fourth, and Lim Lučice fifth. The teams that gave up the descent (Vir, Kebone and MRI) took 6.7 and 8th place in the final ranking.

The adventurers were more successful in the downhill than the domestic competitors, but in the final ranking, due to better results in the slalom and sprint, Kebone was first, and Pustolov was second.

Having in mind the above-mentioned pandemic circumstances, but also the difficult financial situation in which the Rafting Association of Serbia and its clubs find themselves, the Ibar 2021 race completely exceeded expectations in terms of quality and number. This competition is scored in the system of club Euro Cup competitions of the International Rafting Federation, the official world international organisation responsible for rafting, of which they are a valued member. 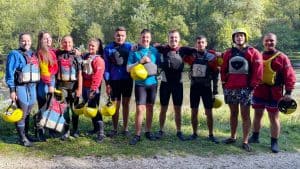