The IRF’s calendar for raft guide workshops in 2021 is building up pleasingly fast now, and there are some great locations on offer for potential raft guides, trip leaders and instructors to choose from. See the full, and ever growing list, here, or read a quick summary below to peak your interest.

Despite lockdowns in many countries in January and February we’ve already had raft guide workshops run on the Fuy River and another on the Trancura River in Chile, one on the Paiva River in Portugal, Tampaon River in Mexico, and the Sella River in Spain!

The 1st of March already sees Guide and Trip Leader courses and assessments on the Río Jerte and Río Tormes in Spain and another on the Río Liucura and Río Trancura, Chile. For English speakers there are a few workshops on offer throughout March at the Cardiff International White Water Centre in Wales, UK; or another option is one on the Findhorn River up in Scotland. Late March there is a Guide Assessment, Level 2/3 on the Rio Tormes in Spain.

How about Morocco for somewhere different?! There’s a Guide workshop for Level 2/3 on the Rio Ahansanl and Melloul starting on the last day of March.

If you missed out in March, then once again you have options on offer at the Cardiff International White Water in Wales, plus on the Rio Ahansanl and Melloul in Morocco. Over in the Americas we have a Guide, Trip Leader and Instructor Workshop on the Hood River, Oregon, USA; or Guide and Trip Leader Workshop down in Brazil in Brotas, São Paulo, the home of the team who have won the most World Rafting Championships.

If you are Euro based those locations may be too far, so how about on the Dranse and Arve River near Geneva City, Switzerland, or on the Rio Ulla in Spain? If the Balkan region attracts you then get to one of the best rivers in the world, the Tara River, BiH, where there is a Guide, Trip Leader, Safety Kayak and In-line Raft Guide Workshop (Level 2 – 3) on offer. 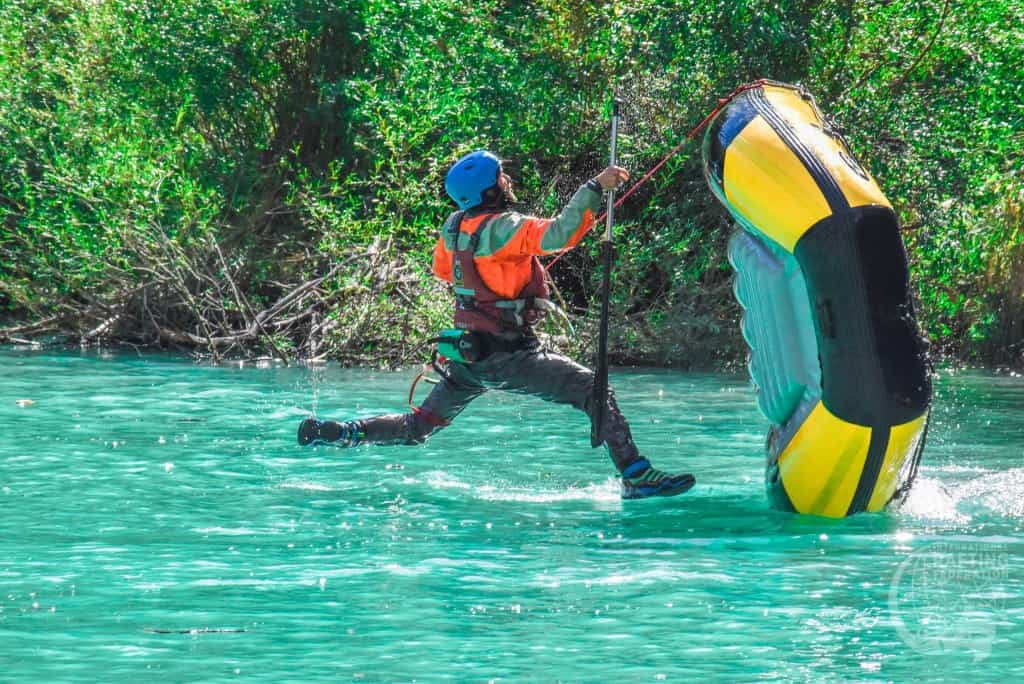 As the Northern Hemisphere summer picks up so do the number of workshops on offer in Europe. Head to the Inn River in Tirol, Austria, or various rivers in the Berner Oberland, Switzerland. Or over to Savoie in Northern Alps, France, for Guide, Trip Leader and Safety Kayaker assessments. Cardiff International White Water in Wales, UK once again offer a raft guide workshop.

Another great chance for potential Instructors is on the beautiful Soca River in Slovenia where they are offering Guide, Trip Leader, Safety Kayak and Instructor assessments. May also sees the Dranse River, Switzerland and Thonon River, France, have two assessments scheduled.

Another chance for those wanting to become Instructors – early June there is a workshop for Guides, Trip Leaders, Safety Kayak, Instructors, Safety Kayak Instructors and Inline Raft Instructor, Level 3-4. This will be held on the Simme, Black and White Lutschine Rivers in Berner Oberland, Switzerland, and a Guide workshop Level 3 offered there shortly afterwards.

Mid June on the Durance/Guil in France, there is a Guide workshop, Level 2, on offer. Straight after, in the same places but also including the Ubaya, France, there is a workshop for Guide and Trip Leader, Levels 2 to 4, plus Instructor Level 3.

Staying in the same region, this time on the Durance and Ubaye, France, the workshop in early July is for Guide, Trip Leader and Inline Raft Guide,  Levels 2 – 3.  Not far away in mid July is a Level 4 Guide workshop on the rivers of Western Austria/ Eastern Switzerland.

In September, October and November their are 7 workshops to choose from already at the Cardiff International White Water, Wales, UK.

Get out, get certified, get rafting!

Rafting on the roof of the world. An IRF Instructor workshop at 3500m in the Indian Himalayas

Argentina – what to eat, see and do in Neuquen

GTE FAQs? Learn the IRF GTE system in a nutshell
Scroll to top