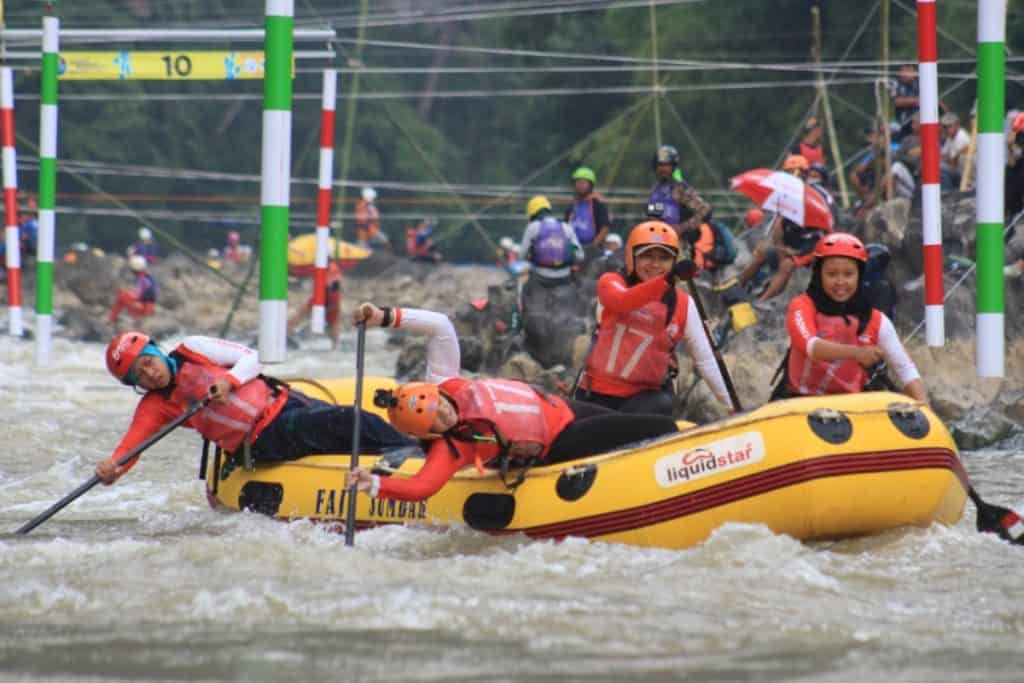 The 2019 World Cup Series saw only 2 events this year due to unforeseen circumstances causing the World Cup in Georgia to be cancelled. The first was in China at the Pre-Worlds, and the second was in Indonesia on the Silokek River recently. 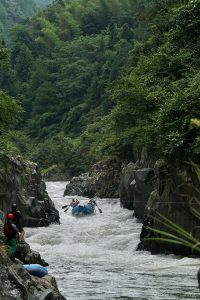 The World Cup Series is aimed at teams at a club level, particularly at teams that don’t qualify for the annual World Rafting Champs or just enjoy having fun in rafting competitions. Teams do not have to qualify, they can just enter and get out there and enjoy the challenge of new rivers, in different countries, meet new paddlers and gain essential experience to improve their chances for future selections.

The Pre-Worlds/World Cup Series event was held on the Wu Pai River, Ziyuan, Guilin, Guangxi Province, China from the 21 to 27 August. There was a total of 30 teams racing at the Pre-Worlds, 15 in the Open Men category and 15 in the Open Women. Teams came from far and wide as China extended their usually hospitality, with 17 countries being represented. Read the full summary of the event: Wupai 2019 – ready for WRC 2020 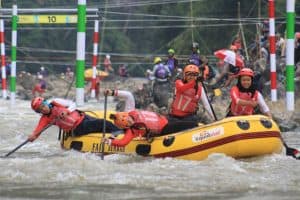 Indonesia has a very large raft racing population and this event had a total of 45 teams racing, spread out through most of the categories.

Three countries were in attendance, the visiting nations being Malaysia and Czech Republic. The Czech Masters won their category, but in the Open Men the usually dominant Czechs didn’t have it their own way, being beaten to 4th place by local Indonesian teams, and closely followed by relatively recent new-comers, Malaysia who are training up Judges and making a big effort to join the international raft racing world. 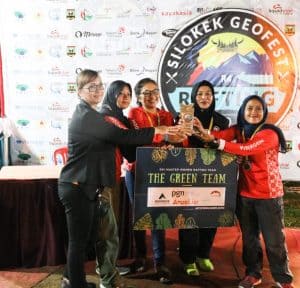 In the Open Women category it is the Open Women Indonesia team that have won the series with a total of 992 points, having won H2H, Slalom and Downriver, and a 3rd in Sprint at the Silolek World Cup event.

Second was Czech 1 with a total of 964 points made up from winning the H2H and Downriver, and a 2nd in Slalom and Sprint at the Pre-Worlds WC event.

Third in the series was Russia 1 who won the Sprint and Slalom at the Pre-Worlds and took 2nd there in the H2H and Downriver, with 956 points. 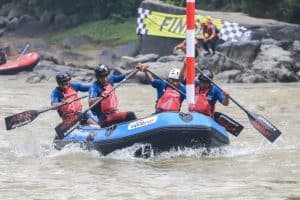 Third in the Series in the Open Men category was Team RGS with 917 points, gaining that with a win in the Slalom, 2nd in H2H and 3rds in Sprint and Downriver.

Congratulations to all the teams that took part! Enjoy your end of year and hope see you all at the 2020 World Cup Series!