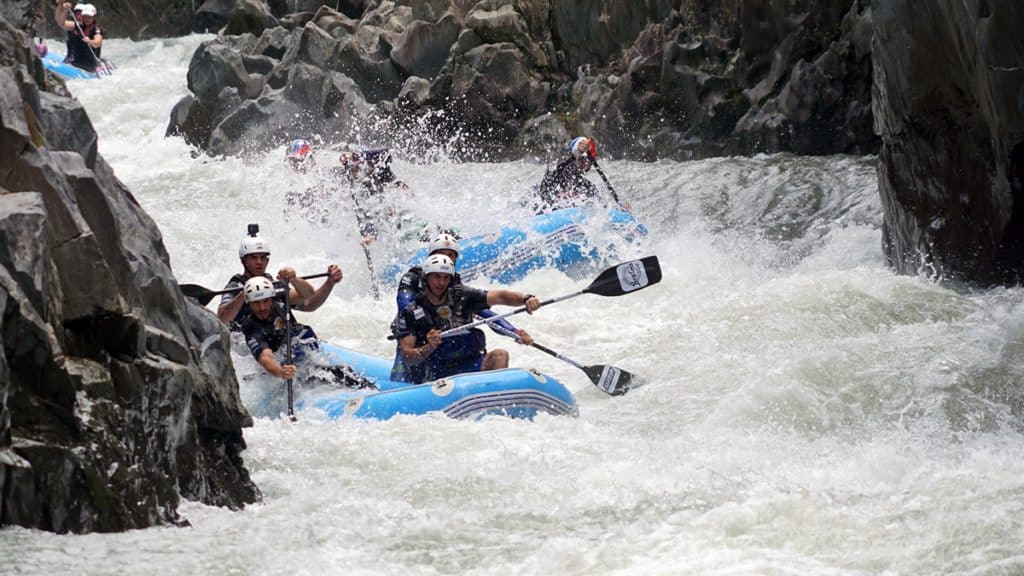 The very successful and historic IRF Pre-Worlds 2019 have drawn to a successful close with 31 teams from 16 nations competing on the majestic Wu Pai River in Ziyuan County in southern China.

Teams from across the globe came together to test the waters, the systems and the race officials in preparation for next year’s IRF World Rafting Championship. Some testing moments with waters too high to paddle the downriver on the first training day meant some last minute changes to the schedule but everyone remained in high spirits and reflected the true spirit of IRF competition with camaraderie and support first and foremost.

In addition to the local hospitality and customs, a welcoming lantern festival on the Zi Jiang River just outside the hotel welcomed competitors and officials before racing started.

Late July ended up being very hot but with monsoons hitting the southern coasts of China, it meant heavy rains and thunderstorms to entertain the afternoons. The rains came and went in only a few short hours but each day racing remained dry with the white water of the Wu Pai testing all teams.

Sprint saw unexpected Silver medals for Great Britain (Men) and Netherlands (Women) with podium regulars Brazil and Japan in the Open Men and Russia and Czech Republic in the Open Women.

Head-to-Head buoy navigation saw fierce competition at the top left and right buoys with most teams opting to navigate these two. However, tactics were definitely in play with several teams able to push their opponents out of the eddies and preventing them from using the top two buoys.

You can watch the head-to-head semis and finals here.
View some of the racing action from slalom and head-to-head here.

Downriver saw teams take on the 7.5km stretch of the WuPai that starts with a weir drop into Grade 2 that builds into the series of Grade 3 rapids that culminate in the Grade 4 gorge before taking it’s time to meander into the finish line.

Hot and humid weather throughout the week finishing with a tourist outing to the Bajiaozhai Scenic Area saw teams finish their week in wonder at the natural beauty of the region. We look forward to welcoming all teams from across the globe next year to the IRF’s 19th World Rafting Championship on the enticing white water of the Wu Pai River!