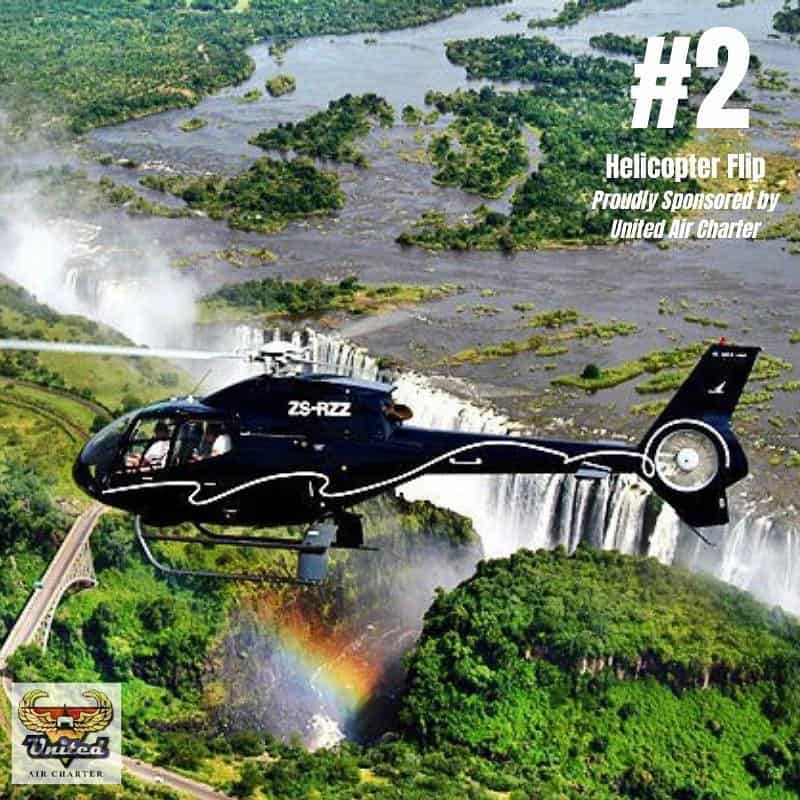 There are a LOT of reasons why this event should be on your bucket list!

Just look at the prizes – a bungi jump off the bridge for first place, a helicopter ride over the falls for second place, a bush drive for third place and a breakfast amongst the elephants for the best flip in Oblivion! And what do you have to do to earn those? Go rafting on the Zambezi!

There are 4 Events with the first 3 earning points for the Overall win, and the 4th having a separate prize.

Event 1 – ZAMBEZI TEST OF THE BEST

Timed race from the Boiling Pot below Victoria Falls to the eddy below rapid #4 “Morning Glory”. Rafts set off at one minute intervals, times are converted into points. Race water distance: 2300m.

Mass start from the pool below Rapid # 5 to the pool above rapid #7. One team member to touch attainment point on river bank at finish. There is a strong element of moving on the rocks here to reach attainment point. Team finishing positions and times accrue points. Race water distance: 700m

The Overall winners were Team “Gravity” who defended their title in fine form jumped off the bridge. It was Team “Belgian Chips” who took second and enjoyed that helicopter flip!

Best surf in the iconic rapid #18. To be judged in the Waterfront Bar by the festival goers. Not scored in the overall event. And the winners were “Refugees of Trump”- take a look at their winning flip ….