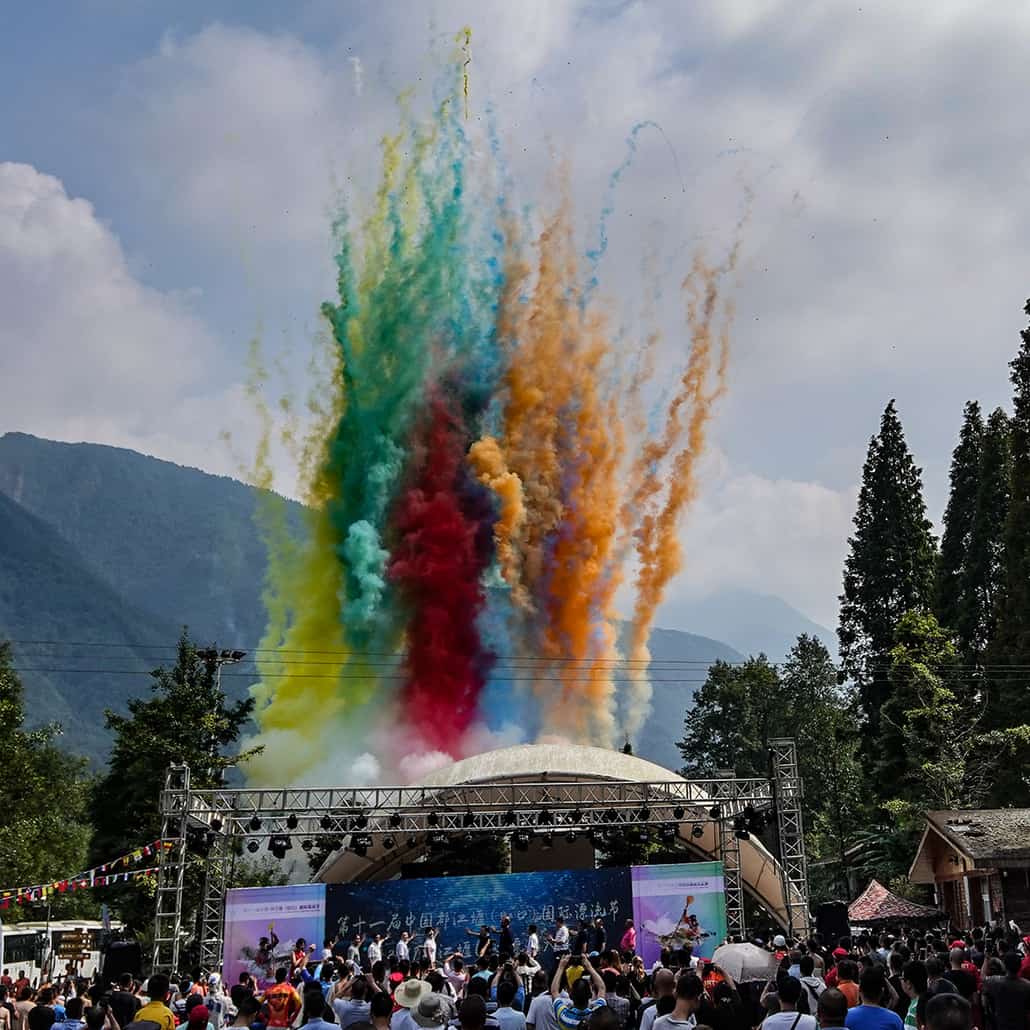 Immediately following the IRF 2019 Ziyuan (Pre-Worlds) World Cup, 20 competitors from Russia, Chile, Germany, Netherlands and Great Britain headed over to HongKou in Sichuan province, China. These competitors were in for a treat like no other… paddling, pomp and pandas!

Organisers left nothing to spare at this event with 31 teams competing in the IRF 11th International HongKou (Dujiangyan) Rafting Grand Prix. The area was badly hit by a major earthquake in 2008 and despite the tragedy has rebuilt and is now a famous tourist destination located within the Longxi-Hongkou National Natural Reserve, home to protected nature reserves for some of China’s biggest panda populations. And for a weekend in July, home to hundreds of rafters and supporters!

Hongkou is a bustling tourist town in the heart of Dujiangyan’s natural reserves with many tributaries of the MinJiang forming within it’s majestic mountains. The natural reserves and panda populations have led to the closest major city (Chengdu) being home to the world’s largest dedicated panda sanctuary and research centre.

The hot and humid weather set amongst the valleys means that Hongkou is the perfect spot for playing mahjong on tables where minor diversions of the river run under foot. So the perfect setting for racing in a unique and historic environment.

The Saturday saw all 31 teams enjoy a traditional Sichuan lunch together before heading up river to the put in and kitting up for the 6 kilometre downriver. The downriver is a continuous twisting and turning river that runs through several restaurants and family rest areas where well wishers fire water pistols at competitors and cheer on all racers loudly.

The finish line ends at the hotel in a welcoming small lake where each of the international teams provided much entertainment for spectators with training and fun and games including the “no flip line raft flip”. The opening ceremony saw a warm welcome with traditional dance, welcoming speeches and culminated in a spectacular daytime-firework display. After an afternoon of sightseeing in Dujiangyan, teams settled in for learning new card games by the river or catching up on well deserved sleep.

Race day saw some welcome light cloud cover making racing in more favourable conditions. With teams starting at one minute intervals, teams were able to see who was ahead and who was behind when the river opened up enough. The speed of the water meant some teams were able to utilise the twists and turns to their advantage and overtake teams ahead of them. With large prize monies up for grabs, teams fought their way to the finish. 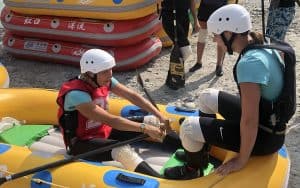 Two of the three podium places were taken by Team Equipo Cascada. The top 15 saw awesome display of international and local excellence with a range of teams from each country marking their way. Following racing it was time for more sightseeing. This time the heavens opened and it was a wet visit to one of the main panda sanctuaries where abandoned or displaced pandas are rehoused for reintegration. The rains finally ceased for a spectacular closing ceremony with more dancing and a big bonfire.

We thank again the China Water Sports Administration and the people and hosts of HongKou for a great weekend of racing with some excellent international competition and welcoming local hospitality. Until next year!

IRF 2019 Congress to be held in Tully, Australia

IRF gets a great GTE workshop done in Oregon, USA!

What is the ATTA and why should we know more?
Scroll to top