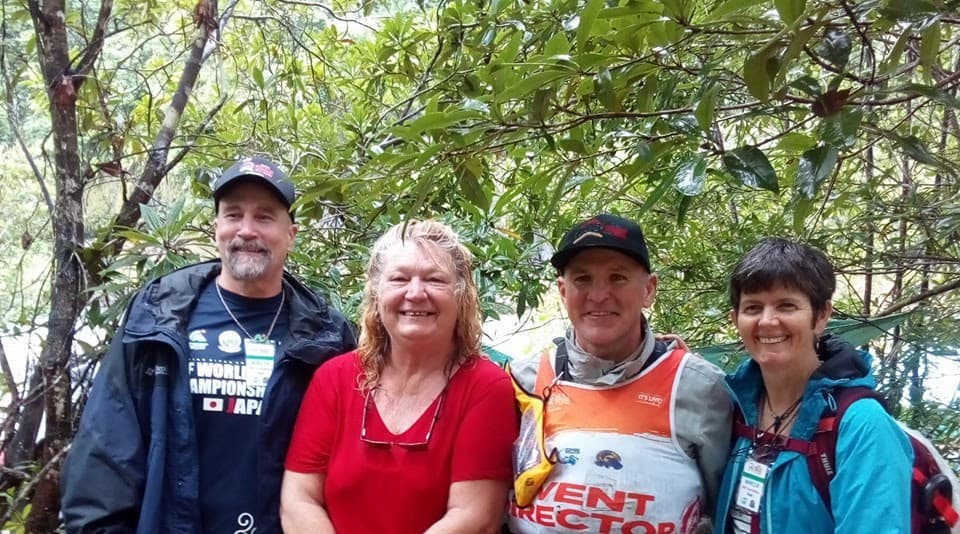 The 2019 World Rafting Champs on the Tully River in Australia finished more than a month ago. Looking back at the event there are some lovely stories that have come to light.

Teams often say the best thing about rafting is the camaraderie between the teams despite competing against each other. The U23 Women’s Downriver race was a very close race, right to the finish line. New Zealand were out front a mere boat length ahead of Australia, who were half a boat length ahead of Indonesia! As they crossed the line, exhausted but elated, the New Zealand team celebrated. Then turning back they saw things were not right with the Australian so they quickly paddled over and discovered that one of their paddlers was suffering an asthma attack. Suzy, recently qualified as a nurse, quickly jumped into their raft and started helping her, while a men’s team on the shore assisted by pulling the raft into the shore. They got her sorted out and the real celebrations could begin!

This area of Australia usually gets about 4 metres of rain per year, mostly during the rainy season which is in January, February and March. But Cyclone Ana just sat off the coast of Queensland and sent in endless lashings of rain, so that they reached that 4m by mid May already! This made it very challenging for everyone on the slippery rocks and mud on the banks of the river, and VERY challenging for those camping in the Athlete’s Village! But out of this adversity came some great positives – locals were asked to help out and they responded eagerly by taking teams’ bedding and clothes back home to wash and dry, some even took teams home so they could be away from the damp for a few hours. A devoted supporter made some cookies for the NZL U23 Men’s team. Other locals found other ways to help teams out. The teams were very thankful to the locals for the support and help they showed them all.

Hats off to Volunteers! The safety team probably had the the oldest average age of any safety team at an IRF event! Quite a few of them came all the way from New Zealand to help out and one guy came from Canberra just for the day. Many of them had competed at previous World Champs and some even competed at Project Raft. For them it was very fitting to have this competition in their own back yard and they really did themselves proud in the amount of hard work they put in to make the event happen.

Another face from the past was Lee Porter, one of the key driving forces in the setting up of the IRF, and first ever Secretary General. Lee lives further south in Queensland and is now a successful painter. It was great to see her enjoying a long held dream of a WRC on the Tully.

And everyone was very delighted with the sustainable cutlery and crockery used at the event! Well done Aussie, a standard we expect for all future events!

The story of the event though was definitely the Colombian Peace Team (ex-FARC guerrillas turned river guides). Not only was the team itself inspiring but the support they received throughout Australia was amazing! The team flew through Brisbane and when the ex-pat Colombians there heard they were coming they organised a great picnic in a park there, apparently with a few 100 supporters! The news spread and despite the rain Colombians based nearby to the Tully River, some a few hours drive away, came through to wave their flag and support the team. One man flew all the way from Brisbane to watch them – what support!

And what a river! The Tully certainly challenged the teams and put itself not only into the WRC history books, but also into the minds of many more rafters who are looking for great rivers to paddle.