News
You are here: Home1 / News2 / Racing3 / Skills, spills and thrills – Slalom on the Ruca Choroi 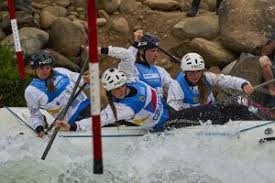 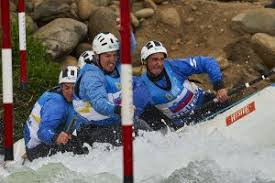 The teams gathered along the banks of the River Ruca Choroi, to test their skills against the hard slalom course set for them. The river is an innocuous, narrow, Class 2 with 1 Class 3 rapid on it, normally simple to negotiate. But today the course was set to challenge the best rafters in the world – and so it did.

The fastest run of the day was Czech Open Men. They also achieved the lowest number of penalties – 5 seconds in each run. Argentina U19 Men won their category with an incredible run with only 10 seconds in penalties in their fastest run and a time that would have placed them in 7th in the Open Men’scategory! The Czech U23 Men’s best time, which won them their category, would have placed them 6th in the Open Category showing the huge talent of these two young teams.

Taking strategic decisions to completely skip some gates in their second run made a big difference for some of the teams struggling with certain gates. These were most notably Gate 4 and 7, both of which, if you tried but missed them, could cause you to be lined up wrong for the next few gates.

By far the most complex part of the course was Gates 3 to 7. Gates 3 and 4 were upstream and on opposite sides of the river to each other, but with a hole right there that surged or surfed if not dealt with exactly correctly, something the Argentina Masters Men suffered in their first run. Messing it up there could mean missing gates 4 to 7! Gates 5 to 7 were all downstream and set in quick succession but in a zig-zag format. Getting any of the precise movements wrong made it nearly impossible clear all three gates. 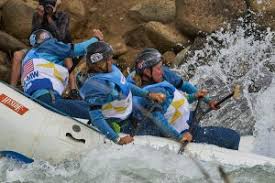 It was at gate 3, in the hole, where Argentina U19 Women suddenly found themselves dumped in the river! Although this ruined their second run, their first run was a Gold medal run!

Mexico Open Men all dived through gate 7 low-siding the raft and causing the only flip of the day. The course was very tough on the women’s teams who didn’t have the brute strength to gain the right lines for some of the gates.

There was a great display of skills, particularly amongst some of the up and coming teams. 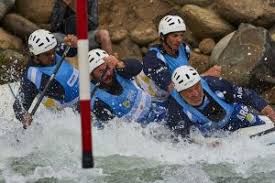 Czechia have a golden day on the Alumine
Scroll to top