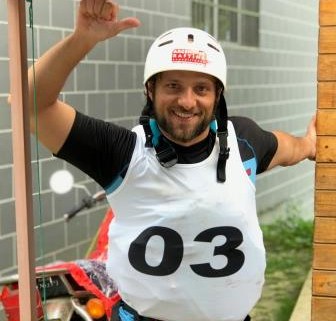 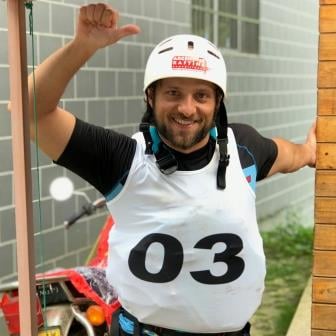 Starting his paddling career in competitive rowing, Gunther Atem has since become a face synonymous with South American rafting – if you’ve been to an IRF World Rafting Championship in the last few years, you’ve definitely met him. You will certainly meet him in November this year as he has been key in the IRF 2018 World Rafting Championship being held in Aluminé, Argentina. Gunther started rafting in 2009 after eight years of competitive rowing. Rowing was a very exciting sport, but he really did not get the adrenaline rush. A friend invited him to go rafting and from the first day he felt the connection with the water in movement. It was really spectacular. 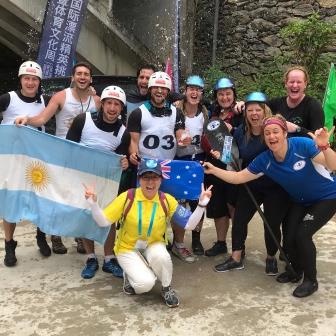 Most memorable experience on the river?
Undoubtedly the WRC Indonesia in 2015. Although we had started with some podiums in the WRC Brazil in 2014, I think that Indonesia was where Argentina was consolidated as a sporting power. In addition, there began our dream of being able to carry out the WRC in Argentina. We started the conversations with Rafa Gallo and Joe, and they encouraged us to continue with this dream.

Worst moment on a river?
I was a tourist on the river that we currently train on! We had gone with a guide friend to see the World Cup that took place in 2009 in Mendoza, right on the Mendoza River. My competitive rafter stage had not started yet. We fell into a hole and flipped. I was recycled, it must have been about 15 seconds, but it seemed like an eternity. At the time, I thought I died haha and a few months after that tragic day I started practicing this sport. 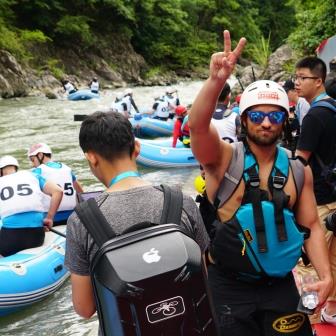 Life outside of rafting?
I have received my degree two years ago as an Industrial Engineer and I have also worked in a family company dedicated to construction my whole life. It was really challenging to be able to do everything at once, but I wanted to show that it was possible. Today I divide my time between work and rafting. Obviously I have an incredible family, that have supported me from the first moment and for me the priority has always been the rafting haha. I was late for all the classes in university or I fell asleep after having trained. This year I started to see a psychologist to look for balance, but he threw me out! He did not let me continue with the treatment, he told me I was wasting his time hahaha.

Words of wisdom to those new to rafting?
Rafting is a really amazing sport for its people, its competitions, its landscapes, its parties and everything that surrounds it. You can compete, work or enjoy it. You have to know how to take advantage of it. But mainly we should not stop being grateful. You have to give back everything it gives you. Working for a better rafting, so that more people join and care for nature. But do not expect money in return. It is not a business. It is to be grateful. 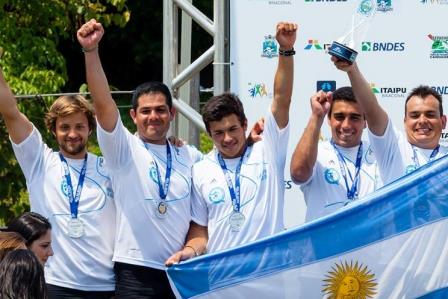 What do you think is the key strength of the IRF?
We are the most experienced institution in the world of rafting. We were the pioneers in terms of security and skills. I think we should all work and support to be an Olympic sport. That depends on us, on the rafters. Disseminate, promote, and work hard to achieve that goal.

When will we see you next (any big trips planned / competitions / events)?
We now have the Argentine Rafting Championship which is the qualifier for the WRC in Australia. We have 3 competitions. In September in San Rafael, in October in Aluminé and in December in Potrerillos. Obviously I hope to see the most friends during the WRC in November in Aluminé, although if they invite me to a trip or competition before I will have no problems in accompanying them =). I am addicted to travel, especially if they are rafting.

What’s coming up on the IRF events calendar?

We are river family – meet The River Face