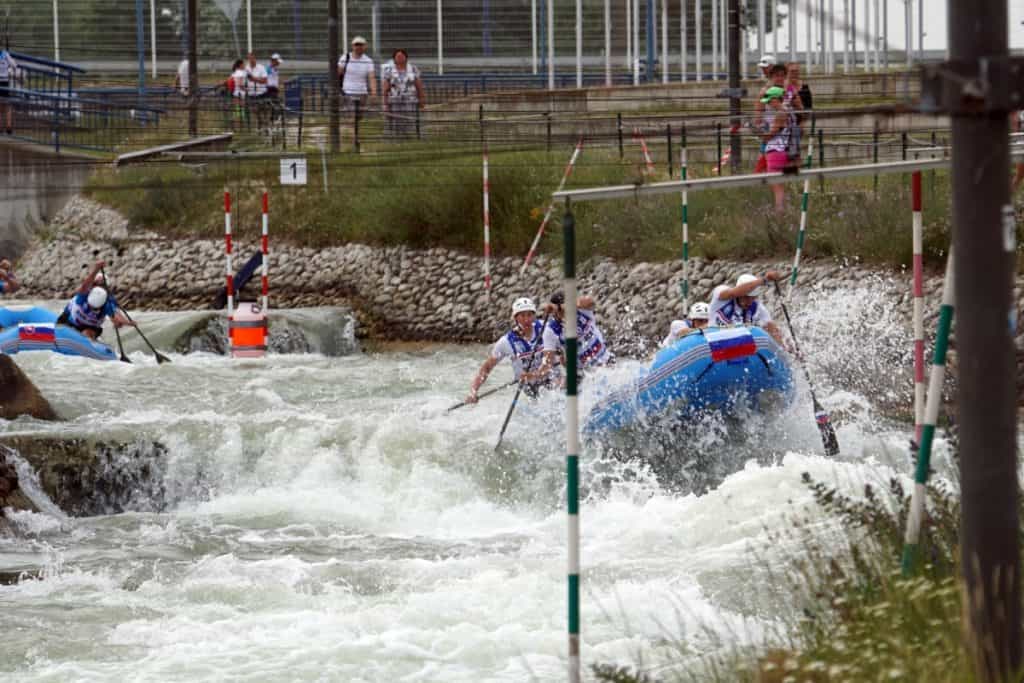 The IRF introduced their Junior divisions in 2010 and this year is the 9th year there will be an Euro and a World Championship for them. The Euro Rafting Championship kicked off yesterday in Slovakia on the Cunovo course near Bratislava. 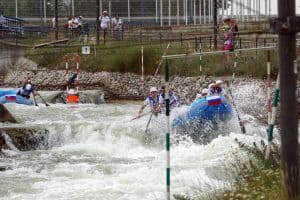 The Sprint, a straight race against the clock, saw the RUS1 (Russia) teams taking Gold in the U23 Women and Men’s categories.  In the U19 Women it was CZE (Czech) who took Gold with home favourite, SVK (Slovakia), taking it in the U19 Men. Russia medalled in each category.

In the afternoon it was the Head-to-Head, always a popular event for spectators as 2 teams fight to get to the finish line first. With the new format of including buoys to be negotiated, the entertainment was even higher. Tactics came into play much more and teams that paddled cleverly won out over teams that paddled stronger.

Today it is the turn of the Open and Masters’ divisions. Fans can follow their team on the live streaming:
https://youtube.com/watch?v=vdlqtvPB5x0

Once again Sprint was the first discipline and NED has taken the Gold in Open Women, CZE1 in Open Men, SVK in Masters Women, and CZE1 in Masters Men. Russia and Great Britain medalled both in all categories except Masters Men, which was dominated by Czech and Slovakia who took the top 4 places.

This afternoon sees the start of the H2H for the Open and Masters Divisions. Tactics are sure to play a bigger part than with the younger teams. This will be well worth watching on the live streaming!

Full Results and links to photos, videos and other information