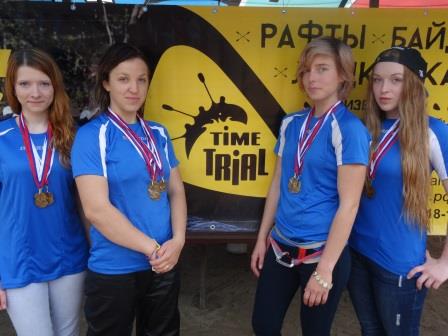 When I attended the Russian national competition on the Katun River at the end of August, I had the opportunity to see how hard the competition is that these young girls race in, and how strong the competition is against which they have to fight to represent Russia. But Fomina Polina – front
right, her partner  on the left – Beliankina Natalia, Gubanenkova Ananstasia – back right, Naumova Anna – back left, and there is Kislukhina Ekaterina in reserve, overcame the big waves of Ilgumensky rapids and now are coming to the IRF WRC 2016 to weigh their forces against Brazil, Czech Republic, Britain, Indonesia and Japan.

Let’s get to know them better before this competition starts.

Annastasia, tell me some history about you team? 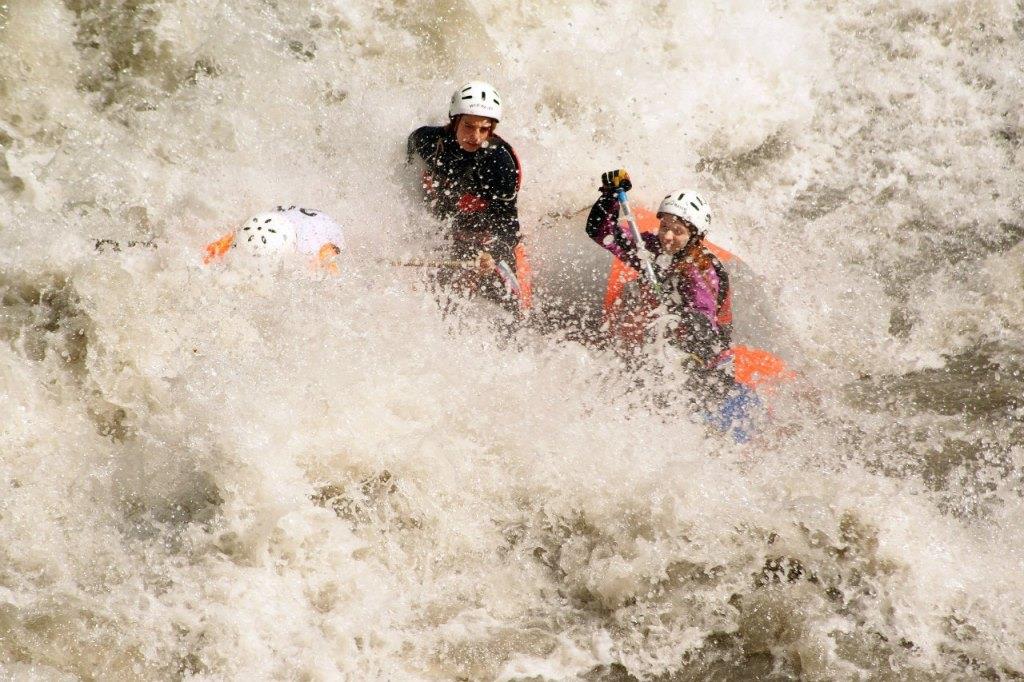 “Most of us have been doing this sport since 2011 (Katya since 2013) and during our long history there have been many wins and fails, like in other teams. When we started to compete there were two women’s teams in our club and we were one of the first girls who started rafting in Saint-Petersburg. So earlier this year the U19 team from our sports-school took part in the Euro Championship in Slovenia and that was the first time in the history of Saint-Petersburg rafting, all of us were very proud of them, and now we are going to be the first women’s team from Saint-Petersburg at the WRC! It’s unbelievable. None of us have ever been to the UAE or at such a high level of competition.”

It is a great honour to compete in the WR Championship, what will your tactics be to achieve good results in this competition? 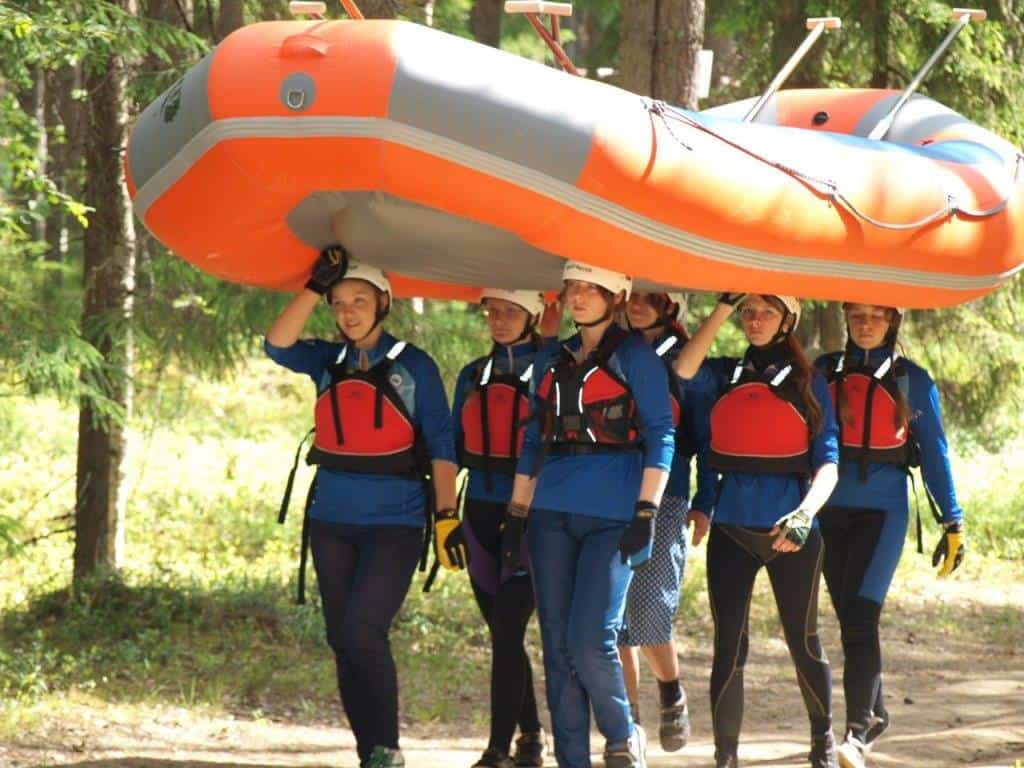 “Yes, it’s really great honour. So now as I’ve said we are training as hard and as often as we can. And that is our tactic – we’ll just do all of our best.”

Who do you see as your biggest opponents?

“It would be very interesting, because we haven’t met with these teams before. It’s hard to make any conclusion, but we can predict that the biggest opponent will be the team from Great Britain.”

Do you have any expectations as far as results? 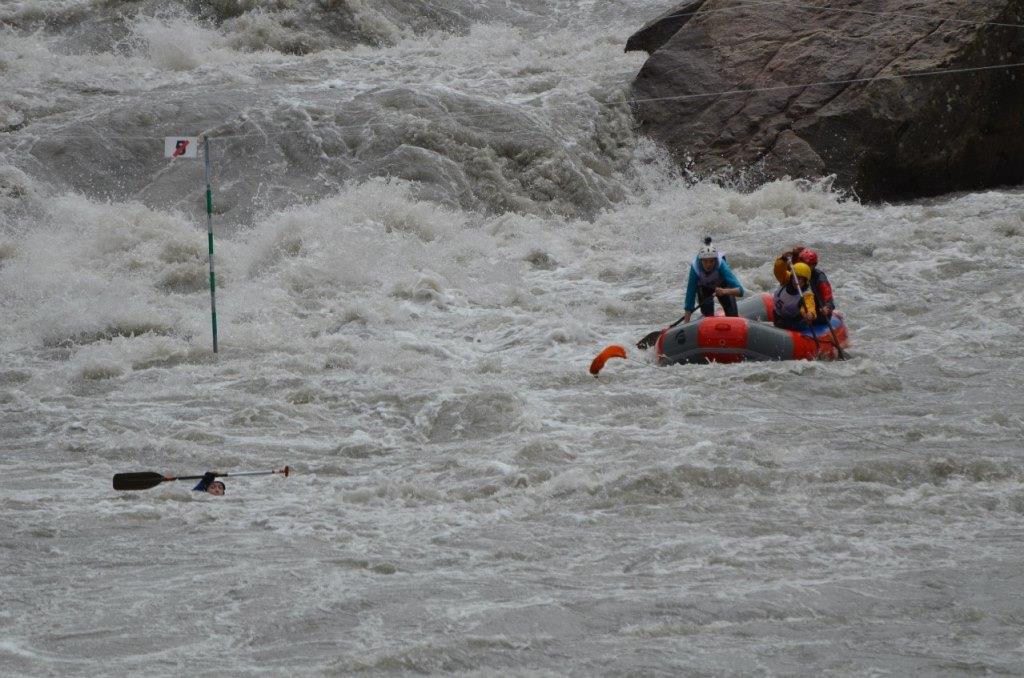 “Actually we don’t have any expectations, we just want to do the best paddling we can.”

How does your team prepare for the competition?

“We train regularly at the gym and paddle on the Neva river. Sometimes we go to the Losevo, Vuoksa (class II-III) for a few days to train on white water. Mostly we are paddling on rafts, but sometimes we practice on kayaks and catamarans.”

Are you going early to the competition to prepare?

“All of us are students, so we can’t leave our universities for such a long time. But the main problem is that we haven’t got enough money for this.” 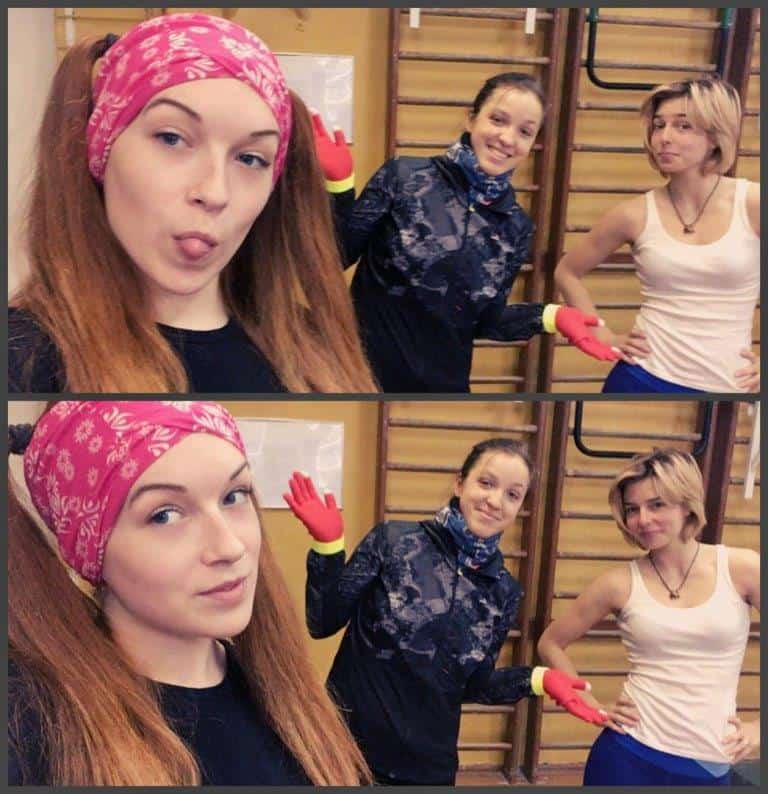 Which is your teams favourite discipline?

“Oh, we like Slalom, because often we do best in this discipline. We think that’s the most interesting and technical discipline.”

How does your team relax after a hard training session?

“After hard training we walk somewhere together, talking about news, have a coffee break if it happens in the city. During the competition or after training sessions we play guitar, board games or sleep. We are so funny, aren’t we?” 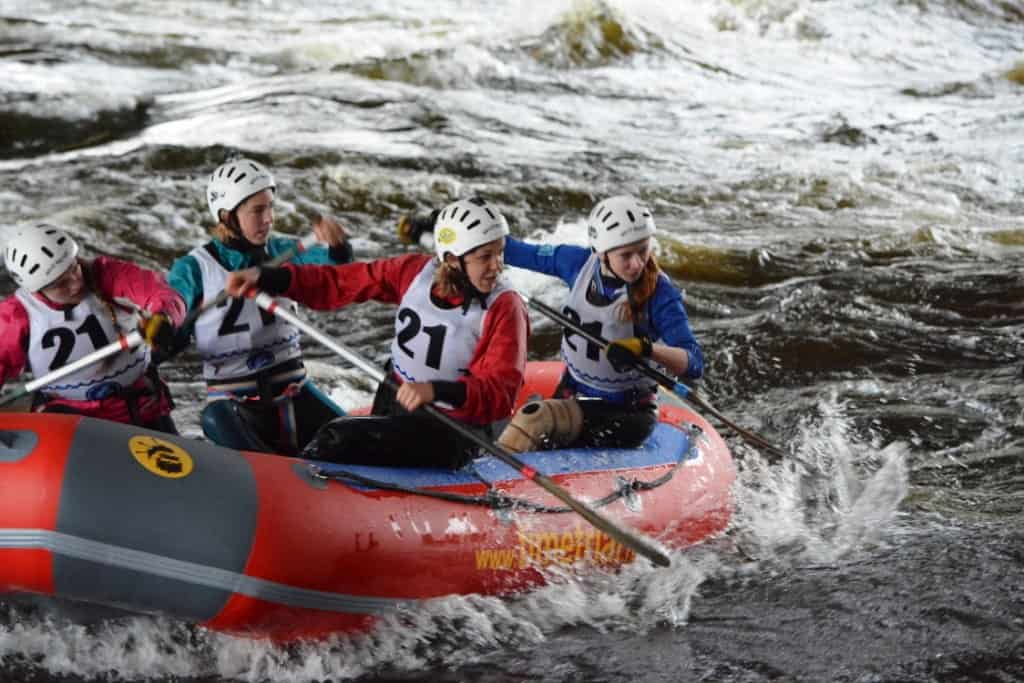 Is there something particular you want to see and experience in the UAE?

“We are planning to visit the highest building in the world, meet with new interesting people. It would be our first time paddling on a channel, so we hope to get great experience.”

Do you have anyone you want to thank?

“We want to thank: 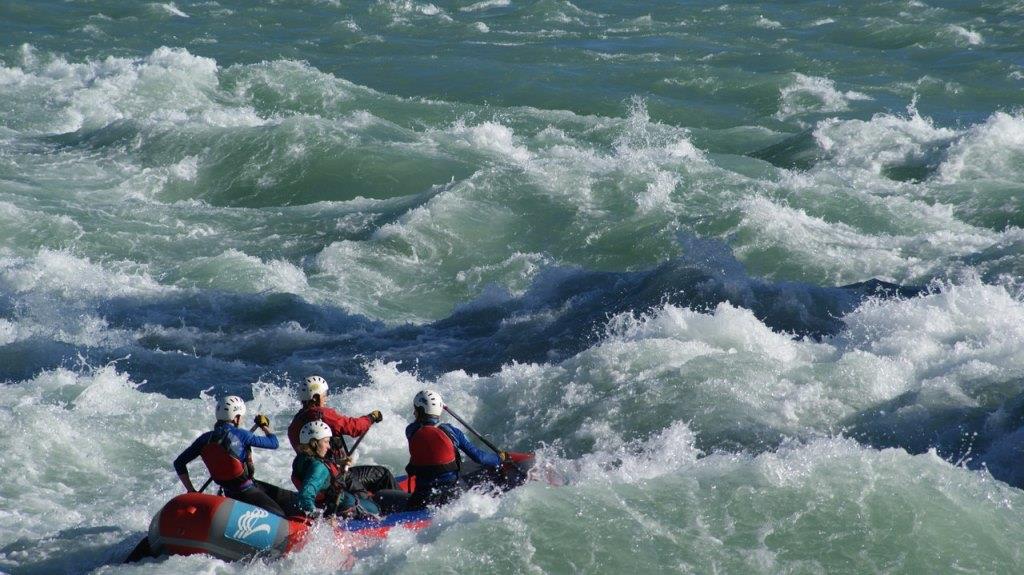 Those organisations help us during our training and competition season, but if somewhere exists someone who wants to help our team with the World Rafting Championship trip , it will be great.”

It was nice to talk with you Anastasia, thank you for your answers, and it is a such a pleasure to meet your Saint Petersburg team.

These girls definitely deserve help, so we invite all those who can help them to come forward.

The person who these girls really love, and who helped them on the way to the WRC competition is coach Anan’eva Margarita. For a few days we will meet in the desert of the Middle East, and they will replace the snow with UAE sun. We hope that this big change will not affect their performance and they will quickly acclimatise. We wish them an unforgettable WRC competition. See you soon, girls!!