As we draw closer to World Rafting Champs 2016, we talked with the well known IRF Assessor Judge, Goran Lolić – Lola, who will be the Head Judge at this event.

Lola passed the Judge exam run by Robert Kazik in 2006 in Banja Luka. Since then he has judged at 9 WRC, 7 ERC, 35 Euro Cup competitions and more than 40 National competitions. In addition, he has run 12 Judge workshops around the world, certainly making him the most experienced IRF Race Judge. 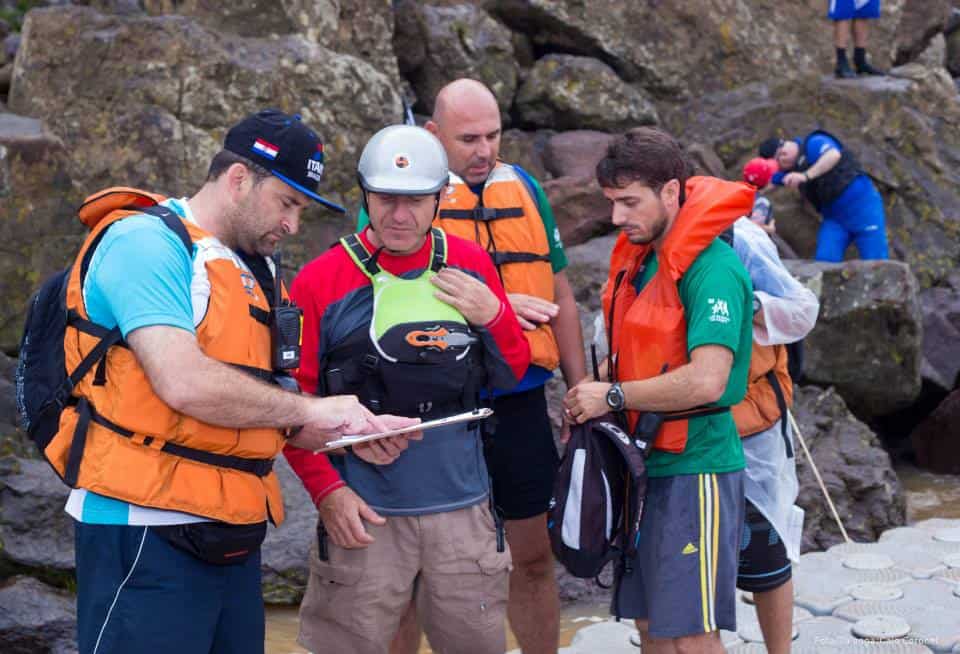 As he is the Head Judge for this up coming WRC we wanted to find out what kind of mistakes competitors usually make and try to give them some advice before the competition. And during such a rich career, he has faced a large number of protests, so let’s listen to what he has to say about it.

Lola, what are the protests that you face often, and where do competitors usually make mistakes?

“When we talk about the mistakes that competitors make, we don’t find it is the same ones all the time, and usually all the mistakes are made in competitions. So we should talk more about their knowledge of the rules and what I have noticed in my experience so far is that many teams do not know the rules to the extent that they should. For this reason, I recommend to all teams to carefully study the rules (IRF Race Rules with March 2016 track changes), especially the changes that we make almost every year around February/March.

The better you know the rules, the less you’ll make mistakes.

It is the same with protesting, there are no rules nor is there anything that is common each time. My recommendation to the teams is that first they must be convinced that they have good evidence (video material), that they are right, and then to lodge the protest.

if their protest is not accepted. The money always ends up with a charitable organisation – local schools or orphanages in needs, special programs to help disadvantaged kids, etc. So they are helping to uplift the local area they have just competed in.”

Therefore folks, listen to this advice and check out the Race Rules. For teams who come to the WRC it is expected that they know them well.

From the IRF Race Rules – Purpose of Rules:

Race Rules are created to ensure fair play – a universally understood concept which underpins all of sport. Without fairness, sport is devoid of any meaning or purpose. Race Rules are also created to encourage good sportsmanship concepts such as respect, equality, integrity, tolerance and excellence.

So, when you master them – play honourably and fairly, and do not try to trick the judges, they are watching you. ;)