We all gathered for the beginning of the ten-day WWOTS Forum adventure in the city of Tomsk, Russia. The participants came from far and wide. On the first day we settled into the hotel and then had introductions with the organisers and sponsors of the Forum, as well as the presentation of each participant individually so that we could all get to know one another. 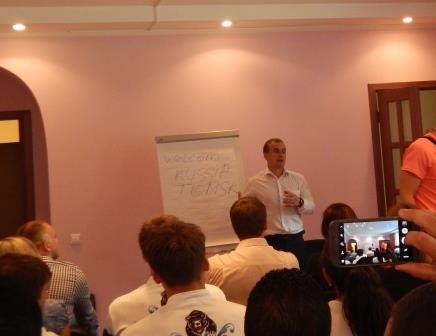 In the days that followed we participated in many activities and I will try to mention them all. We had the opening ceremony, in the village of Kopilovo, during which a team “Odissei”, who are from this village, had an exhibition H2H race to present to the audience. After that we took the opportunity to participate in traditional Russian games, to dance with folk groups, try a traditional dish, and more. 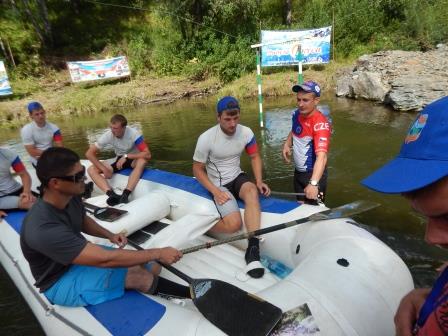 The discussions centred around introducing rafting to beginners and other rafting topics. One exchange was the different starts techniques in Sprint and H2H, which was more suited to the participants that have already experienced the sport of rafting, while the other participants were taught how to paddle raft. A common thread of all this was that all participants agreed that it would be good if there were more gatherings of this nature on these and similar topics. The differences in techniques were so big that the 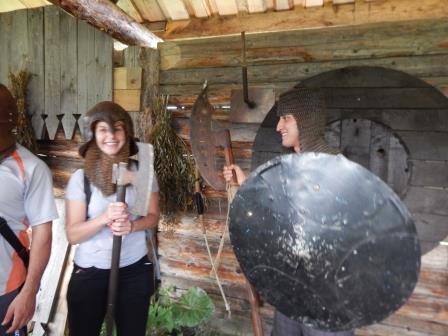 discussion itself was fantastic. It can be concluded that a universal solution is impossible, but that everyone was “stealing” ideas and techniques from each other during the debate.

After that we had a chance to get acquainted with the traditional Russian fortifications, where our dear hosts greeted us with bread and salt and we could try forging iron, shooting a bow and arrow, using an ax, putting on ancient Russian uniforms, pulling the ropes … even shooting out of a cannon!

Participation in the International Festival “Axe 2016” was one of my best experiences. So many traditional Russian foods, clothing, songs …. such a pleasure and finally the real connection with the Russian culture and people. After that we had a chance to see the Russian schooling system in a beautiful school where their basic principle in education is on teaching children about the importance of preserving the environment. We were welcomed by our hosts who prepared a delicious dinner in the cafeteria of the school. 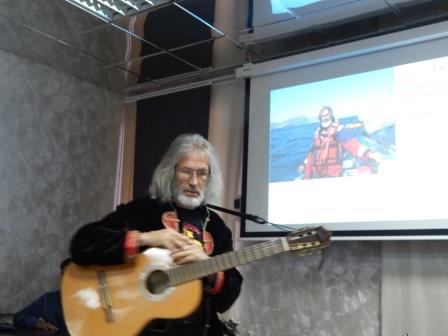 Next day we went back to Kopilovo to form groups/teams to paddle on the Katun River. The paddling took place on the sixth day of our stay in Russia, in the heart of the Altai region. But before that, in the gym of Rafting Club “Odissei”, we discussed the topic of physical training and ways of exercising in the gym. Again many different approaches to this stage of preparation came from the competitors, and another excellent discussion on this topic. At the end of our stay in Tomsk we had an excursion into the city and after that a lecture from Evgeny Kovalevskiy, also one of the best moments for me. We will do a special interview with him soon to introduce to you the works of this great Russian adventurer and creator of “Double Donuts”. 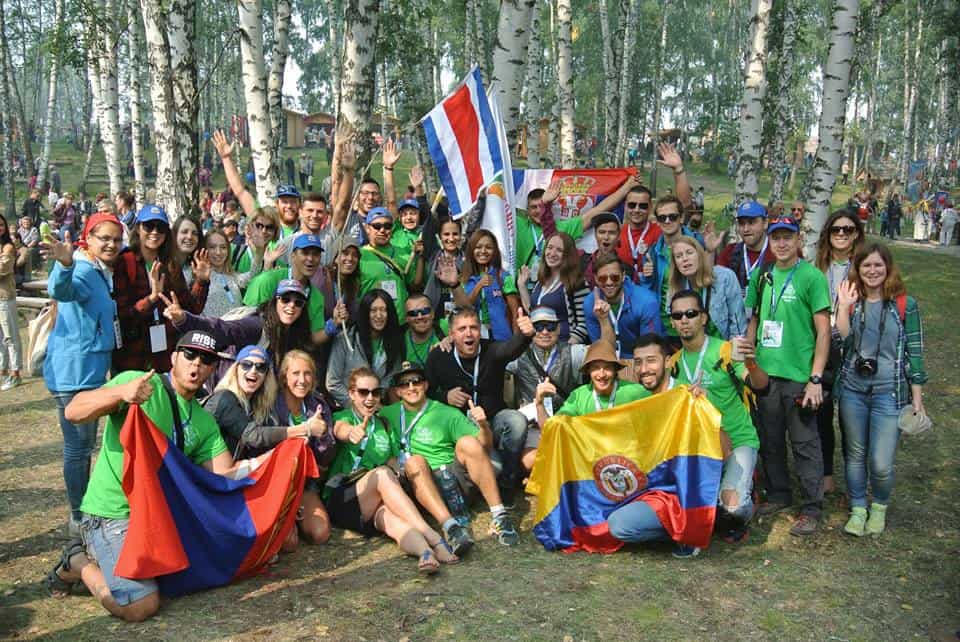 We moved from Tomsk to camp “Heart of Altai” on the banks of the Katun River and so our activities were related to paddling on the Katun and preparations for its upper part, that is much more extreme. We had the opportunity to ride in a motorboat and visit a Komishlinsky waterfall, hike on a nearby mountain and look down on the beautiful Katun River that flows through the valley – I loved it a lot – visit caves and ride the cable car to the lookout.

But here our adventure did not end. This place was a base point for further travel. O yeah! Our biggest adventure waiting for us was on the real white waters of the Katun, and going to the upper part of the river and boating down the “Ilgumen” rapid and other rapids in this downriver section (where some participants spent more than 3 hours on the river and paddled nearly 50 km). 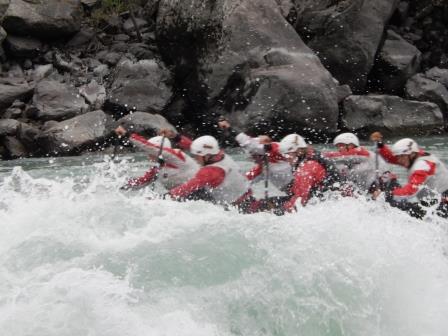 After a magical night spent under the stars, lying on the ground with other participants of the Forum and watching the Milky Way and shooting stars, for all that is left of the forum is to see through a competition in practice, observing the Russian National championship. This was the icing on the cake, I professionally had waited for so long.

So, it is not easy to present such a large and beautiful country like Russia, and combine with itthe white waters of Siberia. But since this is the first time for such a gathering, there is no doubt that the experience gained this year will be used for the next Forum.

I want to thank Alexei Shirokov and to his rafting team “Odissei” who gave us an unforgettable time on the Katun River, the translators and all the sponsors. It was a pleasure to meet the participants in this forum and all the friendships that we made during this adventure are a real treasure.

Here are some quotes from some of the participants:

Ruaridh Stevenson, Scotland, UK – “Not knowing what to expect I headed out to Siberia with and open mind and I left with a heart filled by the warmth of the local people and the richness of its culture. 19 nationalities celebrated that which unites us in the vibrant and youthful city of Tomsk and the stunning natural surroundings of the Altai. I travel onwards fuelled by an incredible positive energy from a special group of people and I hope we can all meet again on the white water of Siberia and around the world.”

Erdenee Tsogtsaikhan, Mongolia – “It was for me a big experience to participate in this event. I enjoyed meeting so many experienced rafters and practising with them on one of the beautiful rivers of the world, the Khatun. Also it was very nice to touch at least parts of Russian and Altaic culture.

By my opinion this event paid  a bit more attention to the cultural sides. It would good if sport and tourist programs included more of this to exchanges experiences between each other.

Generally I was happy to have been a part of this nice event. I believe that this event will be organised every year!

Thanks to our Russian friends again.” 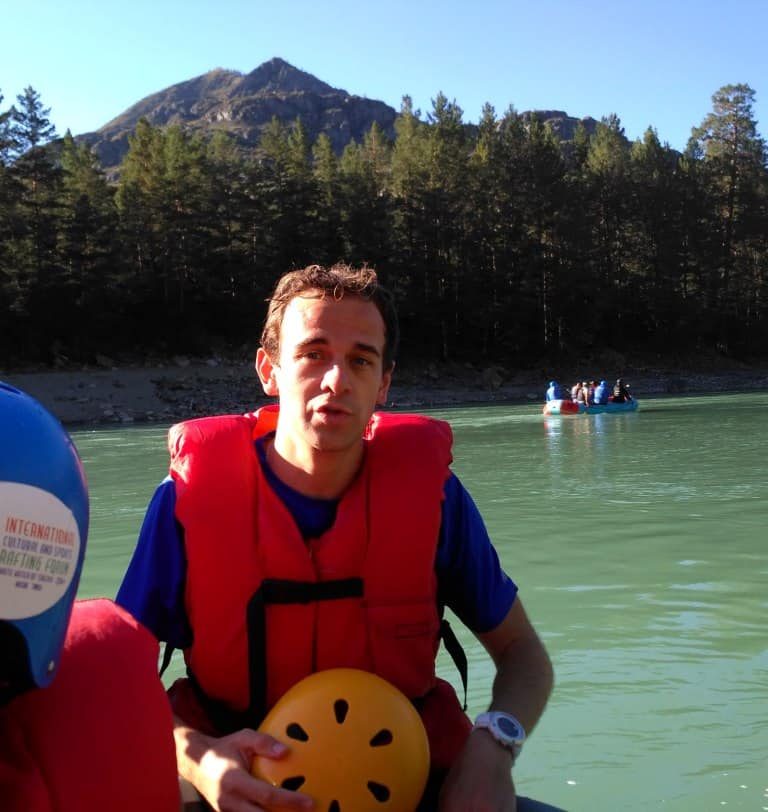 Oleg Rog, Ukraina – “It was my first rafting experience in International Rafting Forum at Siberia and I really like it.

I was excited about Altai nature and especially impressed by the Katun River. I think each rafter should visit this amazing river.

There was a multinational team on my raft from different counties like Serbia, Russia, Kazakhstan and Ukraine, despite this fact we communicated clearly and acted as an experienced team.

I would like to say one more thanks for the organisers of this rafting forum, it was really a great event!

I wish good luck to all the athletes in the World Rafting Championship 2016 in UAE. See you on the waves!” 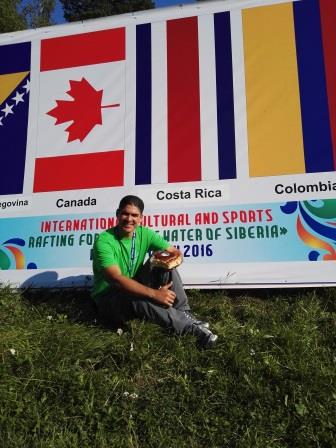 Walter Centeno, Costa Rica – “It is difficult to explain every single valued moment I had, so I’m going to do my top 5:

Training Time, working with worlds champs, listening/seating/paddling/eating next to them made me grow professionally, I got different perspectives of our sport.

Team Building, experienced sportsmen and guides, next to non-experienced paddlers was great! Teaming up, learning how to build a team and most importantly how to go down river as a team!

Proud of taking Costa Rica flag all around and sharing my culture and my experiences. My new friends “Mi casa es su casa”, and thanks to every single person who was involved in planning this forum. 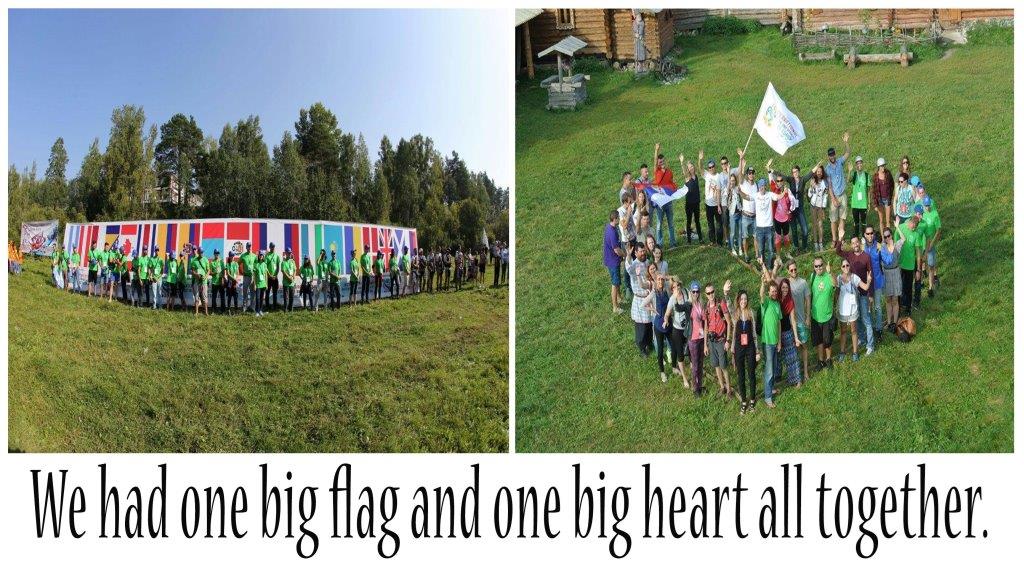 Andjela Lazarevic, Serbia – “This trip was truly one of the most unique experiences of my life. I shared excitement and positive energy with people from 3 different continents,  padling together in the rafts on the magnificent white water of Siberian rivers and spent unforgettable moments among amazing landscapes of Altai region thanks to the Russian hospitality and spirit.” – with her message through photography