Bella Italia, belle ragazze – Caroline Goodall, Marianna Tedeschi, Alessandra Massimino, Clara Ganora, Jasmine Zurlini Frugis, Elena Bragastini and Francesca Leonardi  are coming to Indonesia for the World Rafting Championship to cross their paddles with the 15 other women’s teams. They will represent Italy in the Open division. 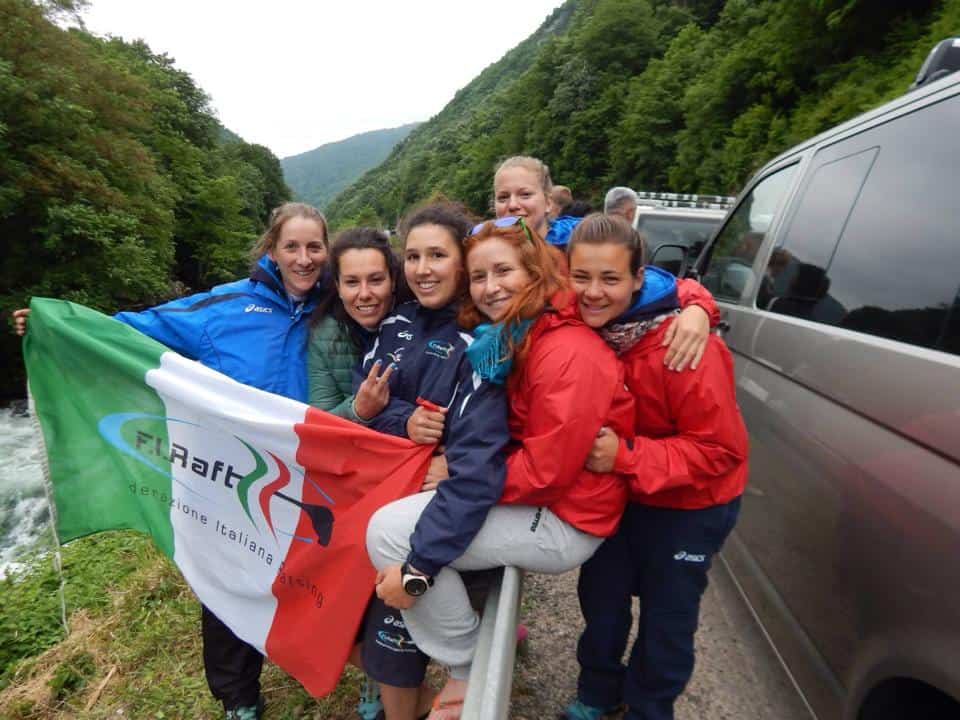 We are used to seeing a team from one club representing their country, but this time it is not the case, the girls come from different clubs and they are selected for the top team.

– Marianna Tedeschi from Carrara, part of the Sesia Rafting Team

– Clara Ganora from Torino, part of the Sesia Rafting Team

– Elena Bragastini from Totino, part of the Sesia Rafting Team 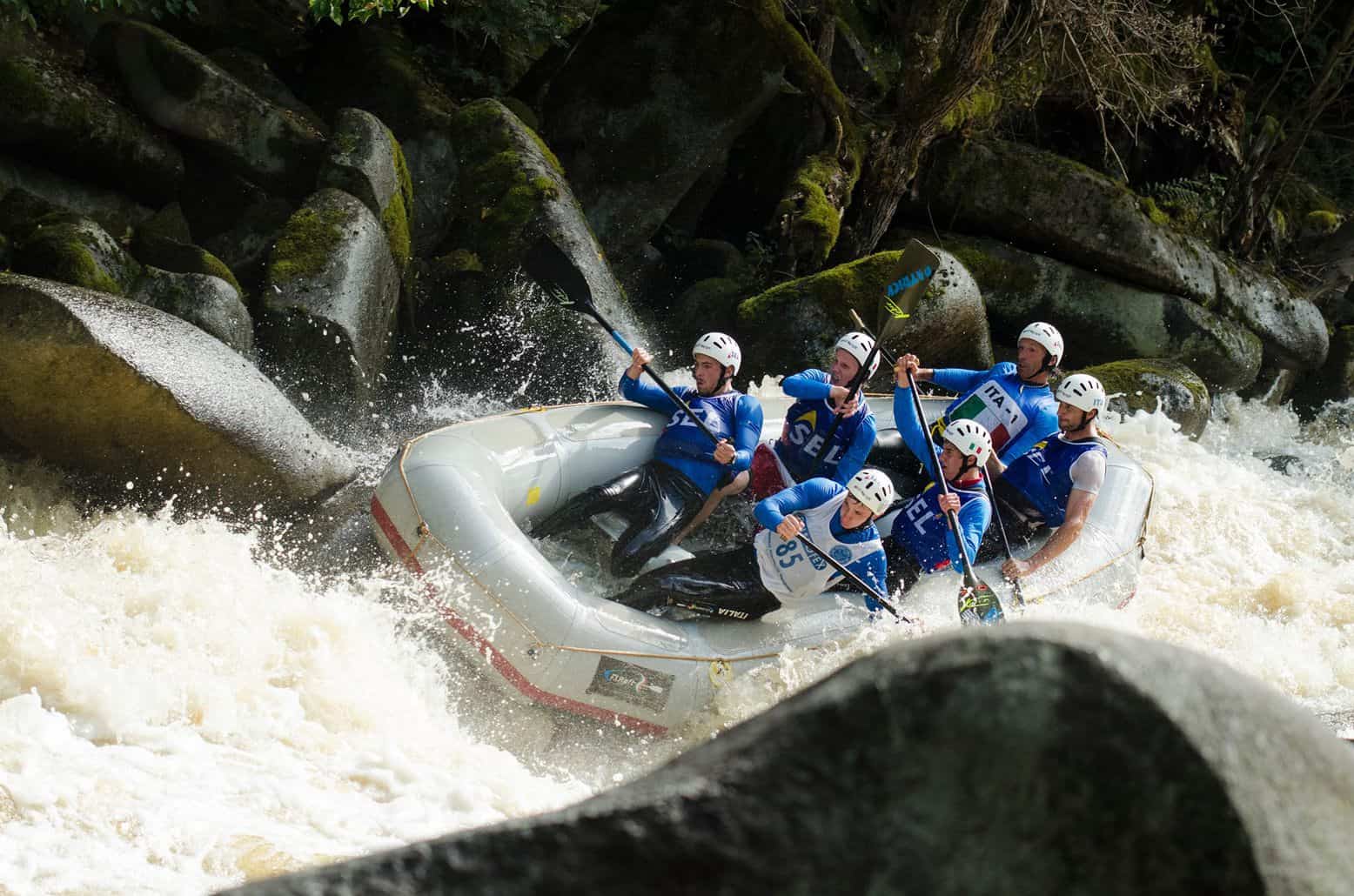 That is why we contacted Jasmine to talk to us about it, about their success this year at the European Championship (ERC) and their departure to Indonesia.

Before we move on to your plans for Indonesia, Jasmine, let’s look at the fantastic success that you have achieved at the ERC this year. Gold in the Slalom, bronze in the Sprint, silver in H2H, third in the Overall, medals from the EC series are too many to count, what are the changes in this team that led to this success?

“We are all together from the European Rafting Championship that took place this spring in Bosnia. 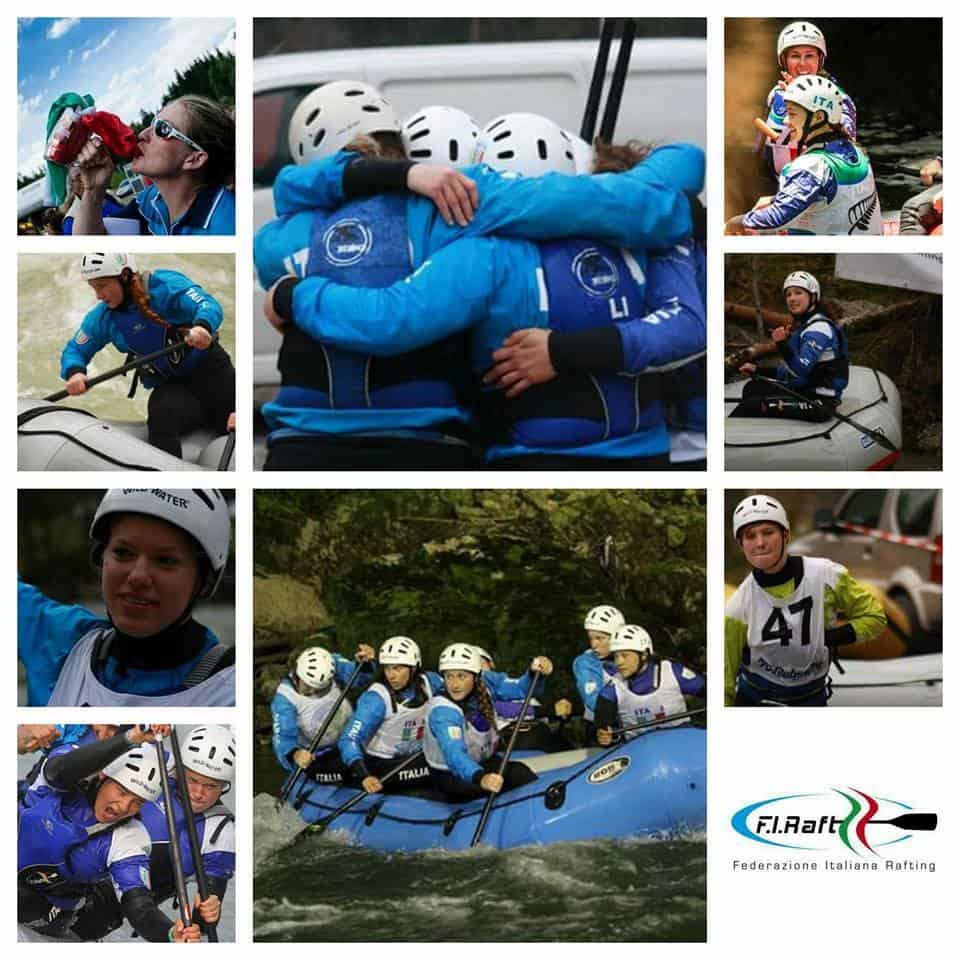 From the WRC 2013 in New Zealand to the ERC in Bosnia this year the team has changed a lot. We have new/old members. The captain Caroline is an important figure thanks to her experience. She took part at the WRC in Costa Rica but she wasn’t in New Zealand because she was busy being a mom. The Italian team is a very young team: 3 of the members are in the U23 category but the federation decided to compete only in the Open categories.

This year we took part in the European Cup series a lot more than other years and it was a great opportunity to get to know the other teams that will probably compete at the WRC.

We also participated at the ERC 2015 in Banja Luka and we are still very happy with that result and so we go to Indonesia with even more expectations.

In addition to the European teams, at the WRC there will be other countries like Argentina, Australia, Brazil, Canada, Costa Rica, Indonesia, Japan, New Zealand and USA. The competition promises to be very hard with 16 teams registered.” – You’re right, the number must not trick us, because they are all very strong teams that will be competing for the WRC medals. 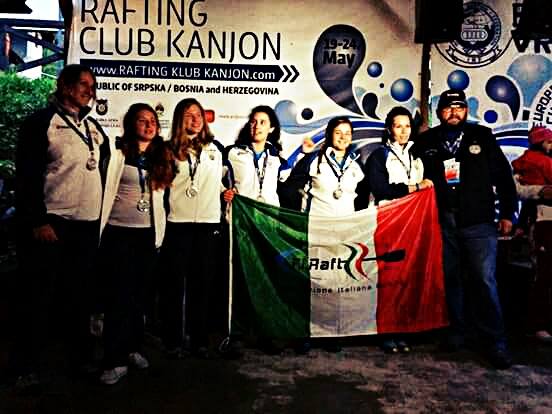 Since the WRC is the toughest competition of the year, how do you prepare for it specifically?

“We train as much as possible. Training for our team is a little bit tricky because we are quite distant from each other and scattered around the Italian territory, but every weekend we meet to train and during the week each of us trains individually.”

Who has helped you to get to Indonesia and made it all possible?

“To make this possible we have the Italian Rafting Federation (FIRaft) who have supported our training. Our coach is Stefano Pellin who always trains us with great enthusiasm.

When will you arrive in Indonesia?

“We arrive in Indonesia on the 28th of November a few days before the competition. We will have the time to relax and to watch the U19 and U23 races, and to train hard of course.”

Thank you Jasmine for your time, we wish you girls good stroke and a nice time in Indonesia.

I’ve had the opportunity to follow the development and progression of this team this year, to be at more than one “EC” together, and in addition to that, they are great girls. I sense the strength and potential that these girls have in them. The WRC is the toughest competition, but I have no doubt that these girls will give of their best. As I do for all the teams who are at their “beginning” I wish them to persevere. The Italian expert team is definitely doing its job.

In a raft, actions speak louder than words