The EC R4 contest in Turkey took place on the Firtina River and “firtina” in Turkish means storm. Yes, the river justifies its name.

Surrounded by mountains, where tea is grown (harvested three times a year), this area is known for the cultivation of sweet corn and kiwis. The area along the river is inhabited by the “Laz” people who only live in this part of the Black Sea and their language is different from Turkish. The area around the river is protected by UNESCO due to the many endemic species of plants and animals. The mountains from which the river descends reach a height of 3960m.

In this region you find a delicacy called “Muhlama” which was made by the mothers of this region who were left without their husbands due to wars, and with many children but a small selection of groceries. It is made from butter, cornmeal and hard cheese and is a speciality that must be tried when you are here. There is also “Laz burek”, a sweet dessert that is only prepared in this part of Turkey. 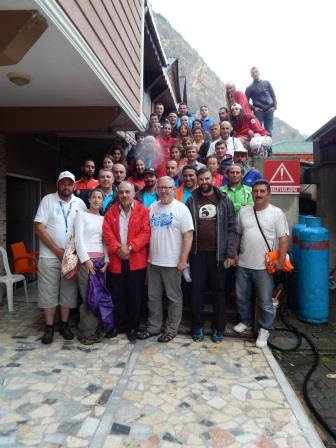 We were all accommodated in the same hotel which was great. All transportation plus three meals a day as well as prize money for winning one of three places in the overall ranking was provided – a great amount on offer for a first event!

The River Firtina flows into the Black Sea, and we were based in Rize City which is on the Black Sea coast. The rivers descent from the high mountains is quite fast. So during the training we have had an opportunity to test its strength. 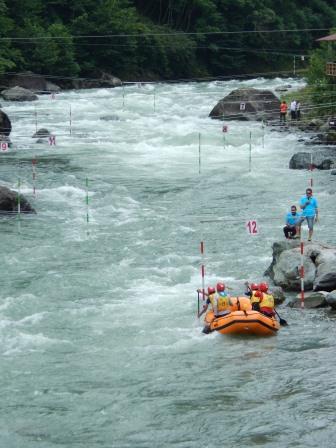 There was plenty of flipping and serious swimming down the part of the river after the finish line for Sprint, H2H and Slalom (hereinafter SHS). The river itself switches left and right during the long course of the SHS section. It was technically quite demanding to ensure that the current does not push you to the left side of the river where flips and swims were caused, or not to hook in stoppers, or that you do not get dragged by the current to the end of the course. It is a great river for the competition! 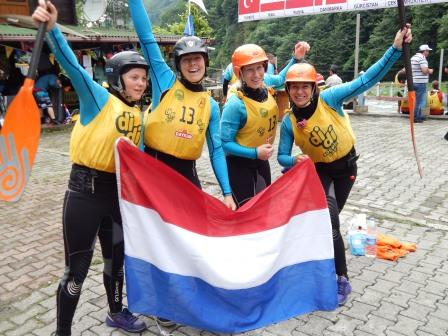 Bad luck during training had shaken the Danish women’s team, so they missed the SHS, and only joined the Downriver. It was not an easy decision, but certainly wise.

The fastest in the sprint were “Dutch Ladies”, “Vopickz” (SVK) second and third the Russian team. The same order was for the H2H discipline and during this part of the competition there was some flipping.

In the Open men’s teams, Hiko justified their role as favourites, and the results of these two events was identical: 1. Hiko (CZE), 2. Dajak (BiH), 3. Morava. RT “Dajak” were in great form and, although the WRC is far away, I sincerely hope they will keep this form until Indonesia.

After these two events was the Opening Ceremony in the city centre, with a stroll through the city , and then training for Slalom.

During the same day, with the special permission of the organizer, RT Hiko and I paddled the upper part of the Firtina River. Due to it’s technical complexity this section was not raced in the competition. And believe me it is a technically demanding track, you will read an interview with the Hiko team about this part of the river soon on the IRF website and their opinion on it being an option for a future ERC or WRC.