I was in Morocco to run my first IRF workshop of the season for Berber Rafting Adventures in the Atlas Mountains. Stepping out at Marrakesh airport I was hit by the warm air. A pleasant change to the blast, chilled air of my Arctic winter residence. 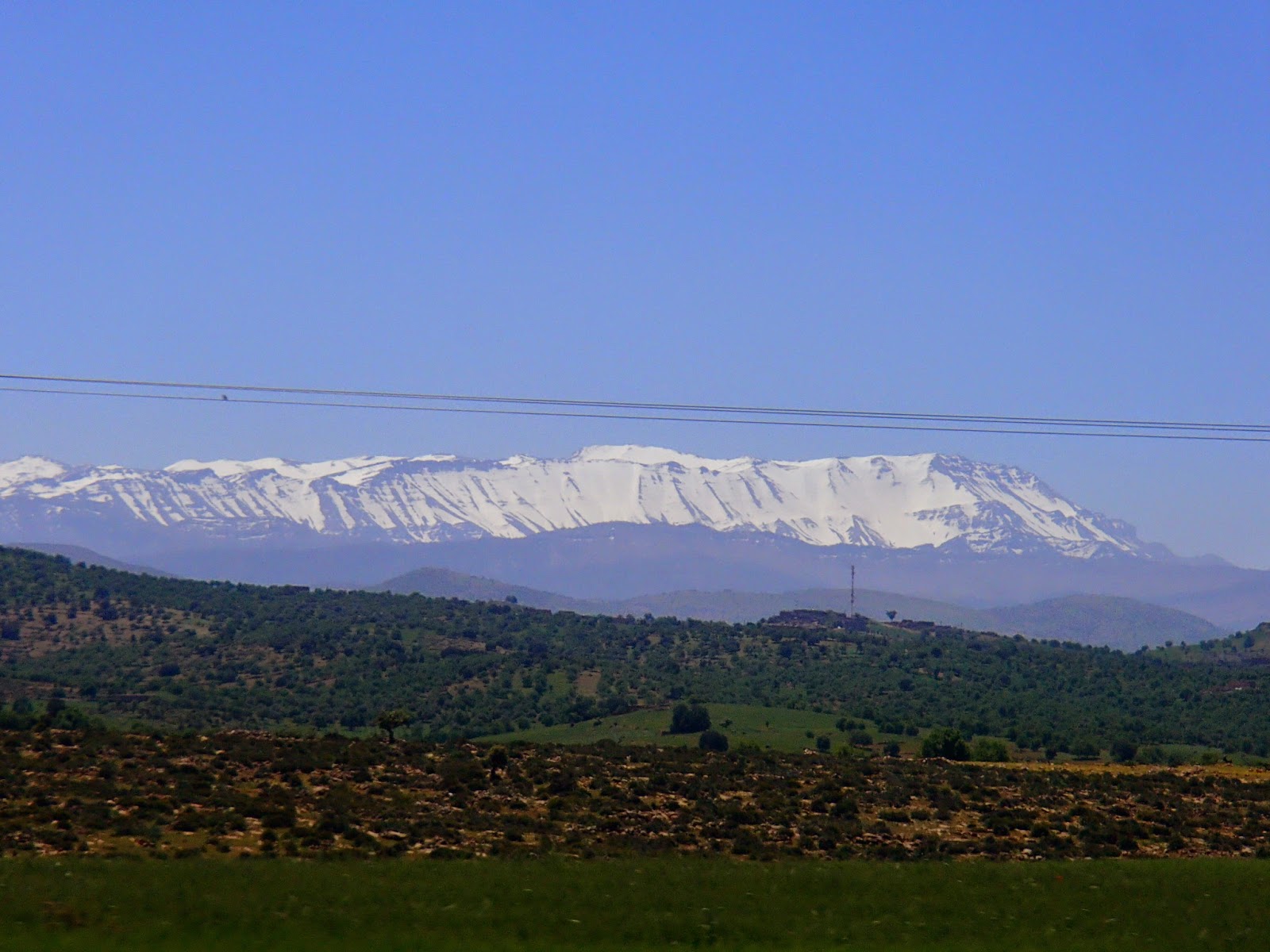 After a short taxi transfer to our hotel the group met for the first time. We consisted of 9 raft guides from the UK , France & the Netherlands. Over dinner we discussed the groups expectations for the coming week.

This workshop was going to be a residential workshop, we were going to be together non stop for the next week. The perfect ice breaking exercise for a group of raft guides was to have a few beers and chill out.

We all awoke the next morning and boarded Yann’s van for the 6 hr drive to the Atlas mountains. We were all instantly taken aback with how beautiful Morocco was, most of all it was good to feel the sun on our skin. 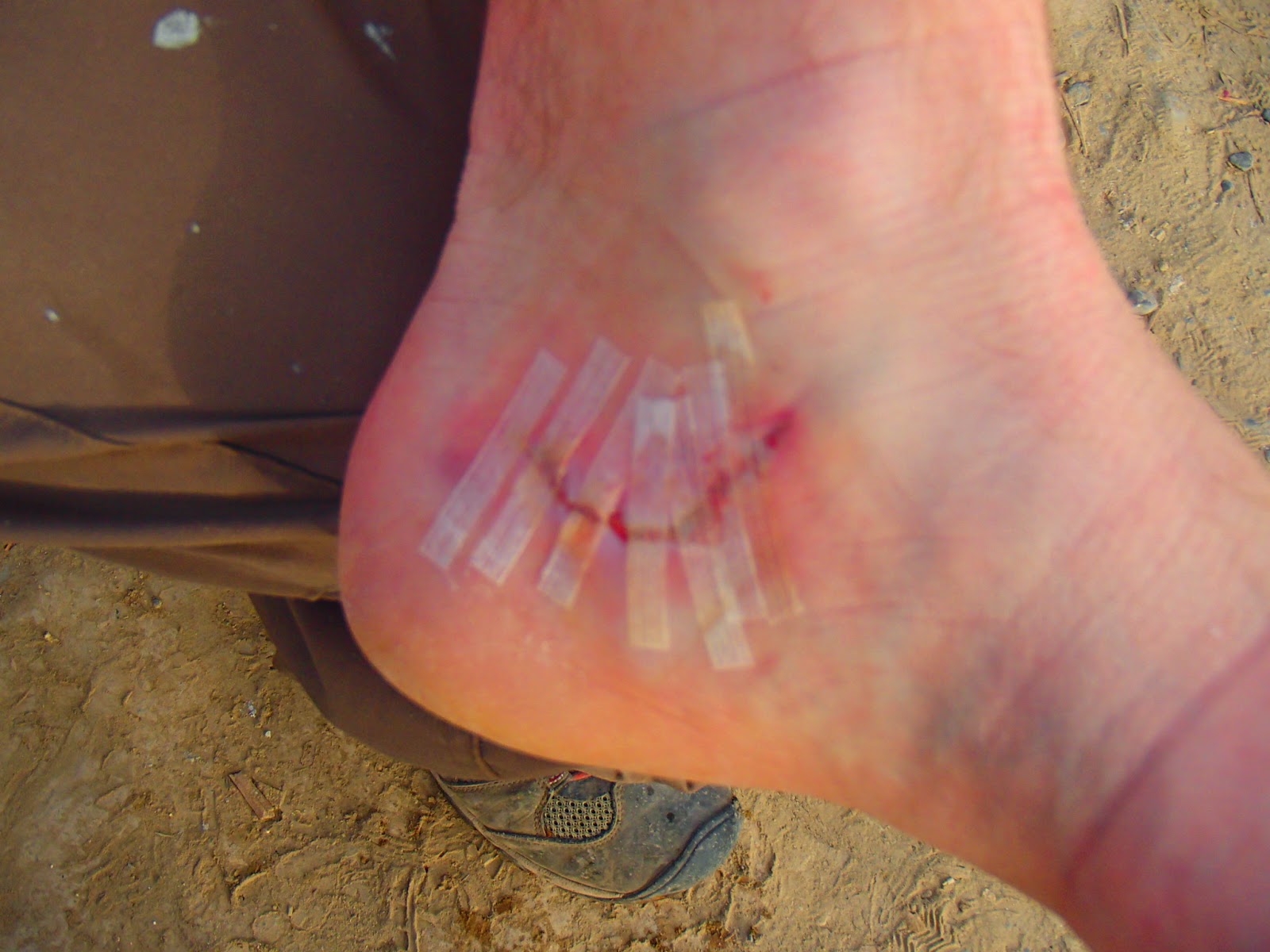 Our arrival to the camp after a long hot dusty day on the road was an eventful one. Ed, one of the guides slipped climbing down from the roof of the van. The first real life scenario of the course had begun. I now had to clean and stitch his foot up. With some help from James and Nell we manged to get away without using sutures by using lots of steri strips.

After an amazing dinner of Lamb tangine I retired to bed for the night in preparation of our first day on the water in the morning. 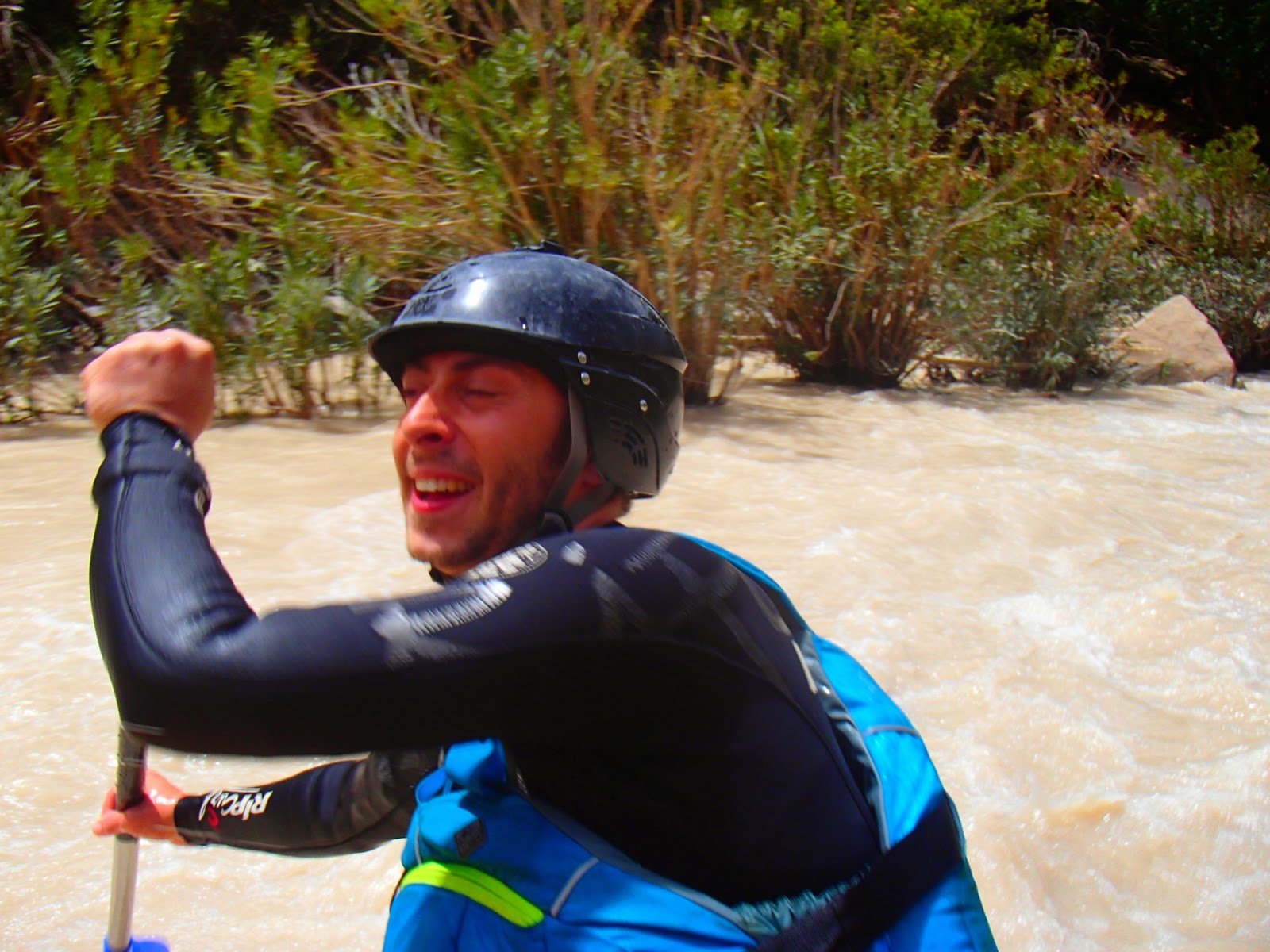 After a light breakfast we packed up and drove up the valley to the commercial rafting start point for the Melloul river. Yann our host had informed me that due to a late spring  the rivers were still really high due to the snow still melting. The effect this had on the Melloul was great!  The river was flowing really fast with no eddys and lots and lots of trees on the river making this a great test piece for the guides to prove themselves on. 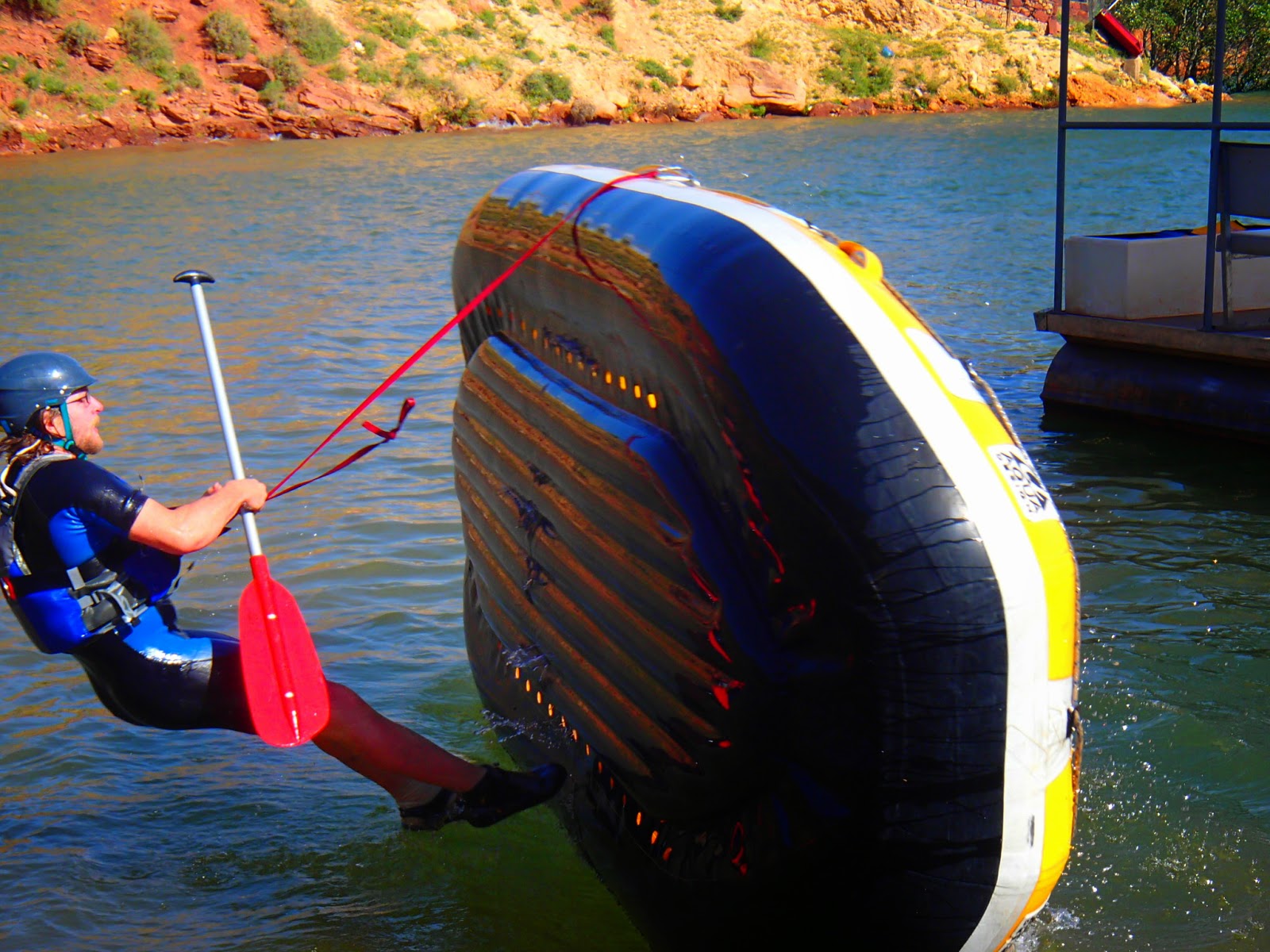 We kicked the day off with safety talks. Many of the guides started off a little nervous but soon managed to relax. Our french contingent were a little skeptical about having to give a safety talk in English but they all managed to get through with no problems.
The British based guides on the course all gave really good informative safety talks in the searing 30 C degree heat with all of their kit on.
My main observation from all of the safety talk was  recurring, the guides needed to “KEEP IT SIMPLE”.
Our rafting guests do not need to be blinded by technical jargon. Later that evening we did a “safety talk in silence” workshop where each of the guides had to give sections of the safety talk with out talking and by using actions only; a great learning tool.

We cooled off by putting onto the Melloul. The Melloul is a short intense trip with plenty of things for the guides to concentrate on – narrow canyons separated by tree infested flat sections. I needed to spend 30mins with each guide taking control of the raft. It took each of the guides a few minutes to adjust to the speed of the water and the trees but after this they were all fine. I got to see some really good examples of client care and good raft handling techniques.

We stopped at the confluence with the Ahansal river where our camp was conveniently situated. 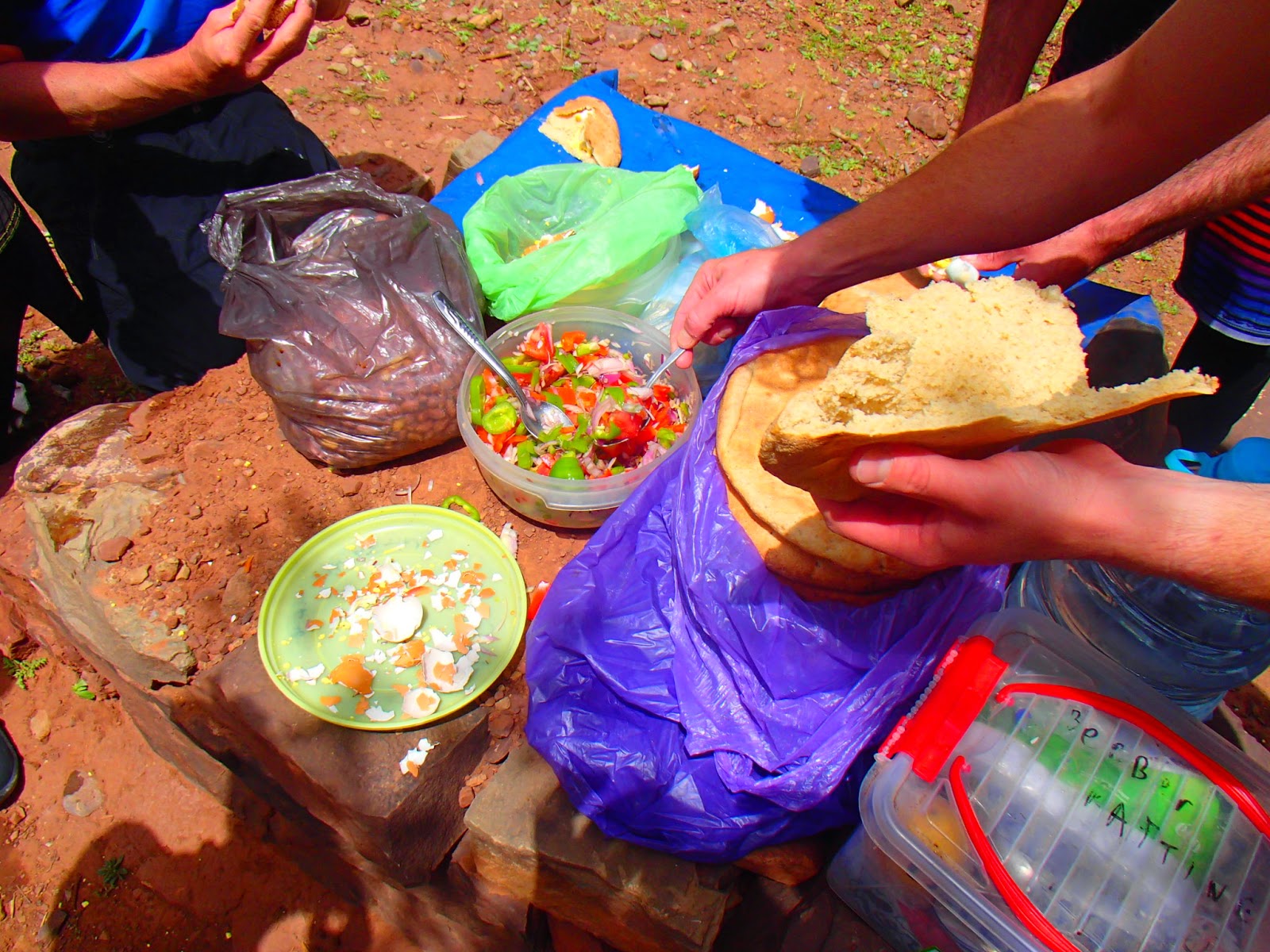 A quick lunch stop and 5 minutes warming up in the sun before we headed back up for the 2nd run in the afternoon. All of the guides now noticed that they really had to keep on top of there water intake so we stocked up for the afternoon run. The afternoon run went really well, the guides were starting to settle into there new surroundings. We ended the practical side of the day at the take out looking at how to get a line across the river. I could see that the boys really wanted to get stuck into the rescue & rope work aspects of the course.

Our evening session consisted of a short anchor and knot tying session which was to come in handy for the days to come.

Day 2 started with 2 more runs of the Melloul. During these runs we started to explore the role of the safety kayaker on a raft trip. The kayakers practiced exiting their kayaks into the raft and taking command of the raft mid rapid which was something they had never done before. We practiced towing the rafts along with multiple techniques of taking charge a guide-less raft from the position of a safety kayaker.

We ended the 2nd day with the practical rope work assessment. Each of the guides needed to set up a functional 3;1 mechanical advantage system inside 5 minutes. This was a great example of how we need to spend some time investing in the correct rescue equipment. We discussed the benefits of a 5m length of tubular webbing along with good carabineers & pulleys. My advice to any guides is to practice practice when it comes to rope work. All of the guides passed and I wanted to give out bonus points as they were all rigging their systems in the dark!
Day 3 kicked off with a short session on packing for a multiday trip. For the next 2 days we were going to operate the workshop on a multiday trip down the Ahansal river. 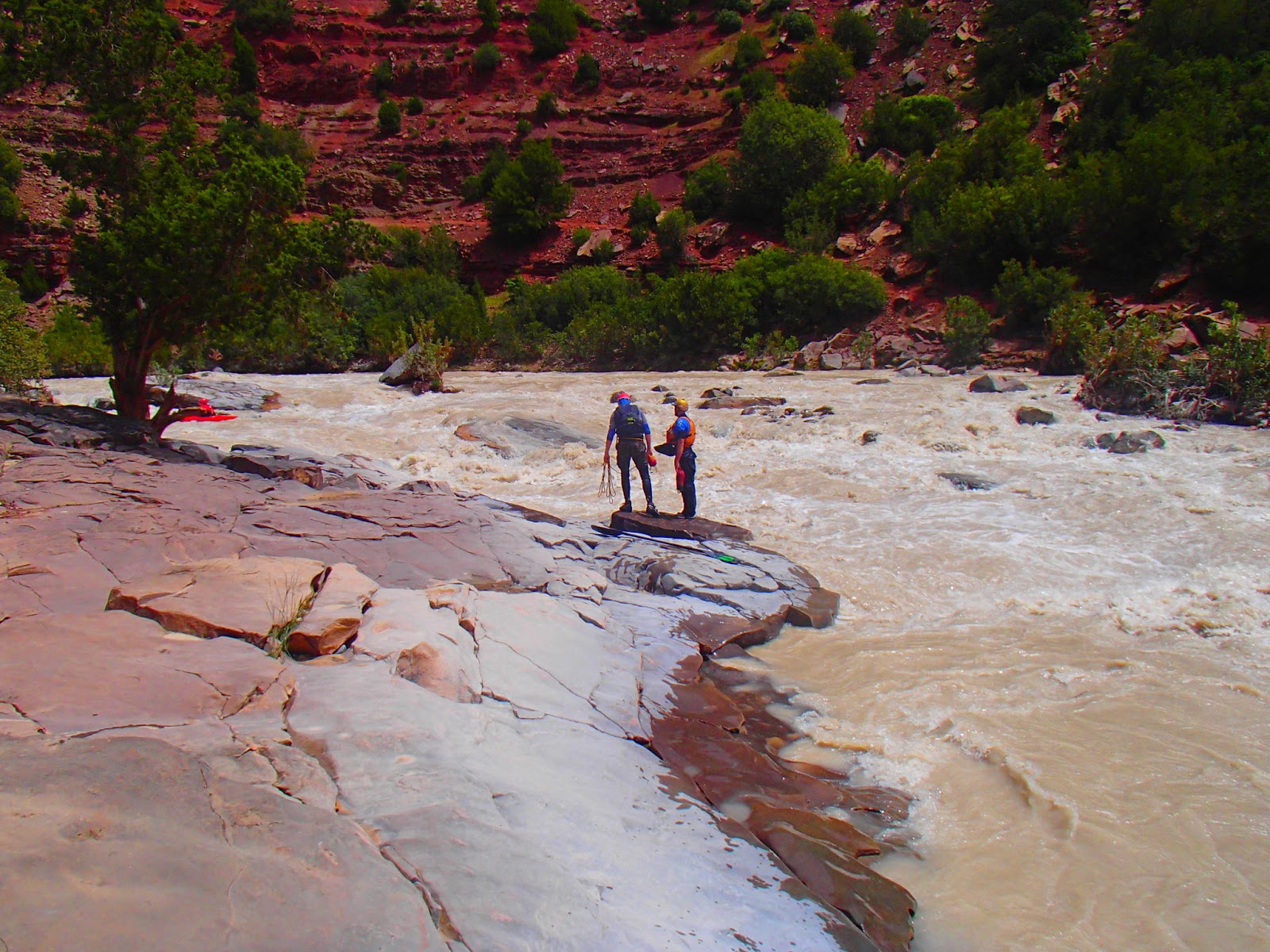 We eventually set off down the river. The high water levels gave us continuous rapids with lots of  testing technical rapids. This really allowed the guides to sit back and enjoy their surroundings. Without knowing they started to relax and just guide naturally which was a pleasure to watch. Our lunch stop was set at the bottom of a class 4 rapid. 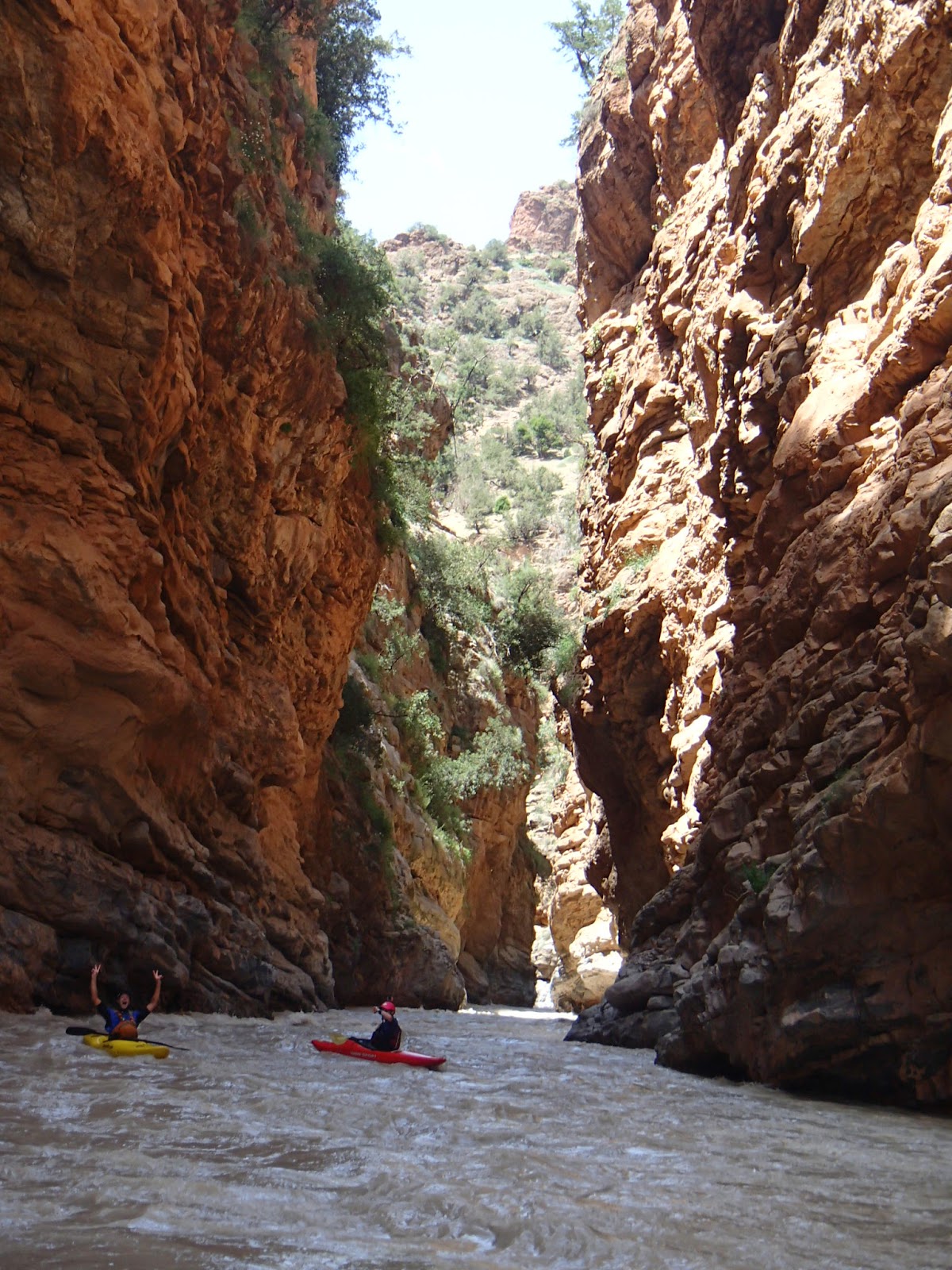 We continued rafting after lunch and entered a spectacular canyon just before we hit our camp for the night. Once at out camp we decided to finish off the day with the throw bag & swim  test. Each guide had to make 2 throws inside 20 seconds, one of the throws had to be a recoil throw. After a few practice throws the boys were on fire. The swim has to be a challenging swim which all of the team agreed it was as the water was snow melt water and freezing cold. 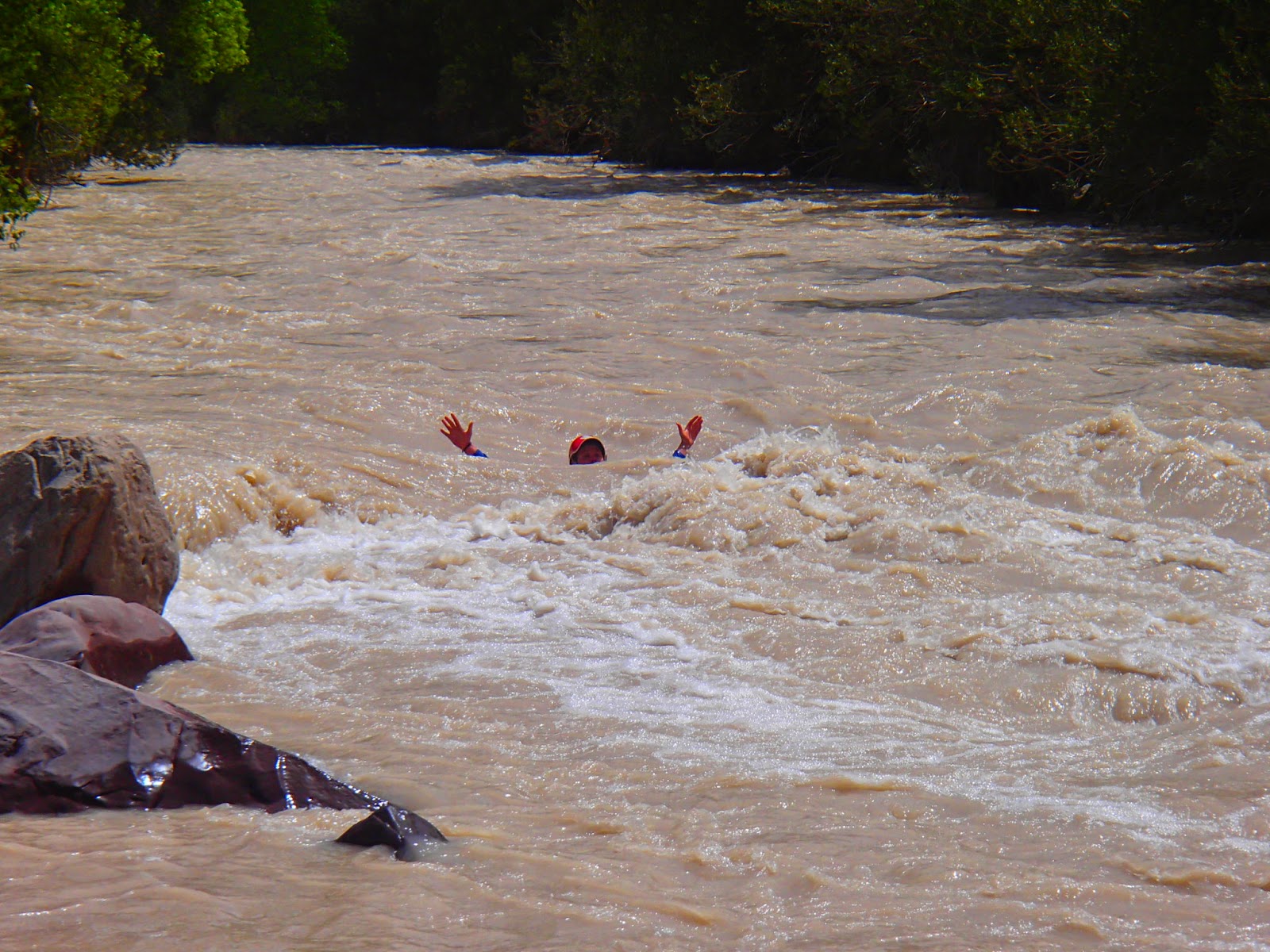 After the guides had all completed their swim and throw bag test it was time to set up camp for the night. Make a fire, sit back and enjoy our surroundings.
During dinner we discussed the role of a trip leader on a commercial river trip. The next day was to be the trip leader assessments. Each of the trip leader candidates were to be given 1 hour to take control of a scenario on the river. 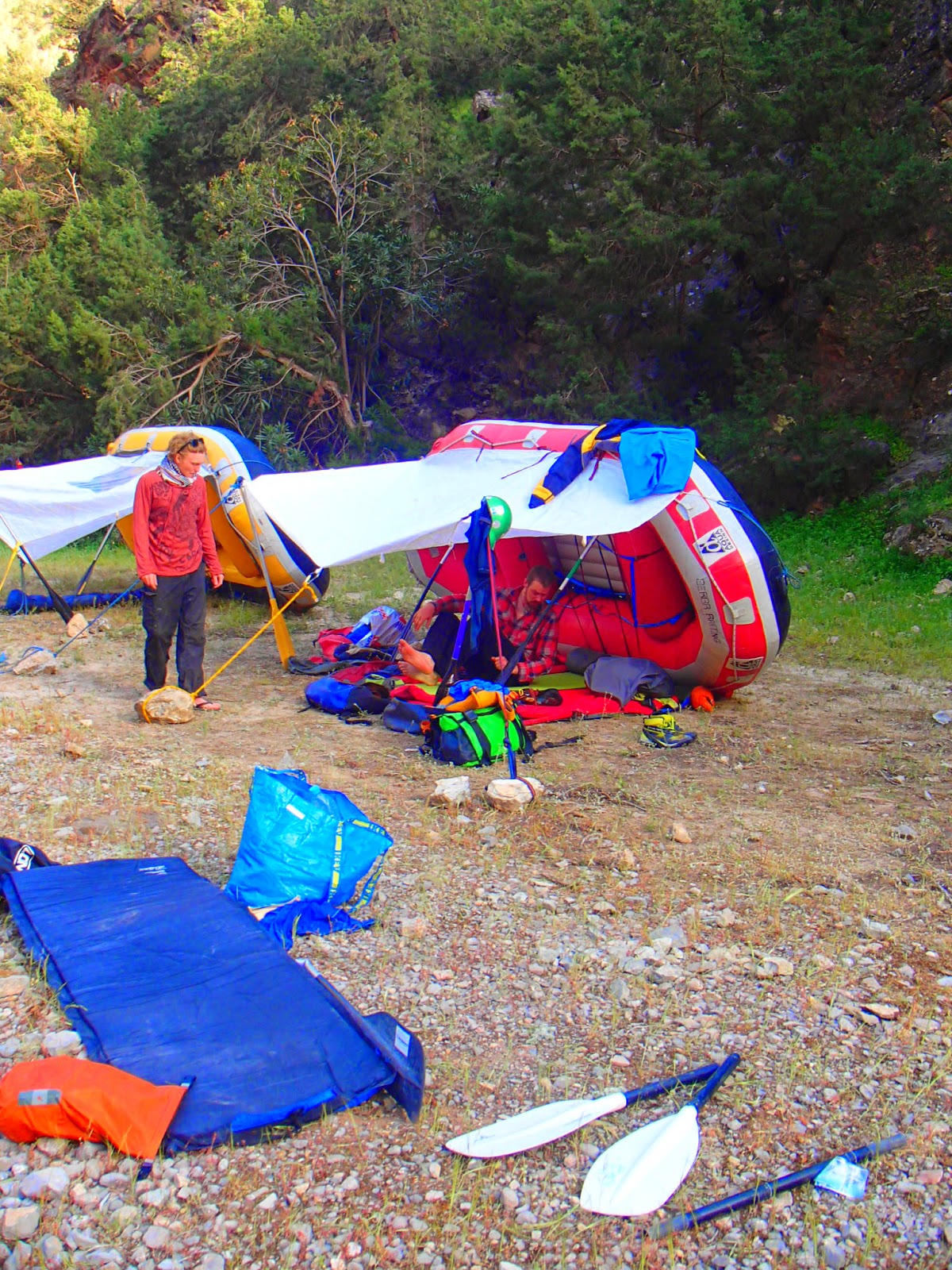 It was up to me to create a true to life scenario that could happen on a commercial trip. This could include panicked midstream stranded swimmers, multiple swimmers from a flipped rafts, entrapment and treatment of unconscious casualties. The list could go on and on.
Each of the trip leaders were really put to the test with some life like scenarios. The guides all loved the chance at a bit of play acting and we got to see some true Oscar award winning performances. 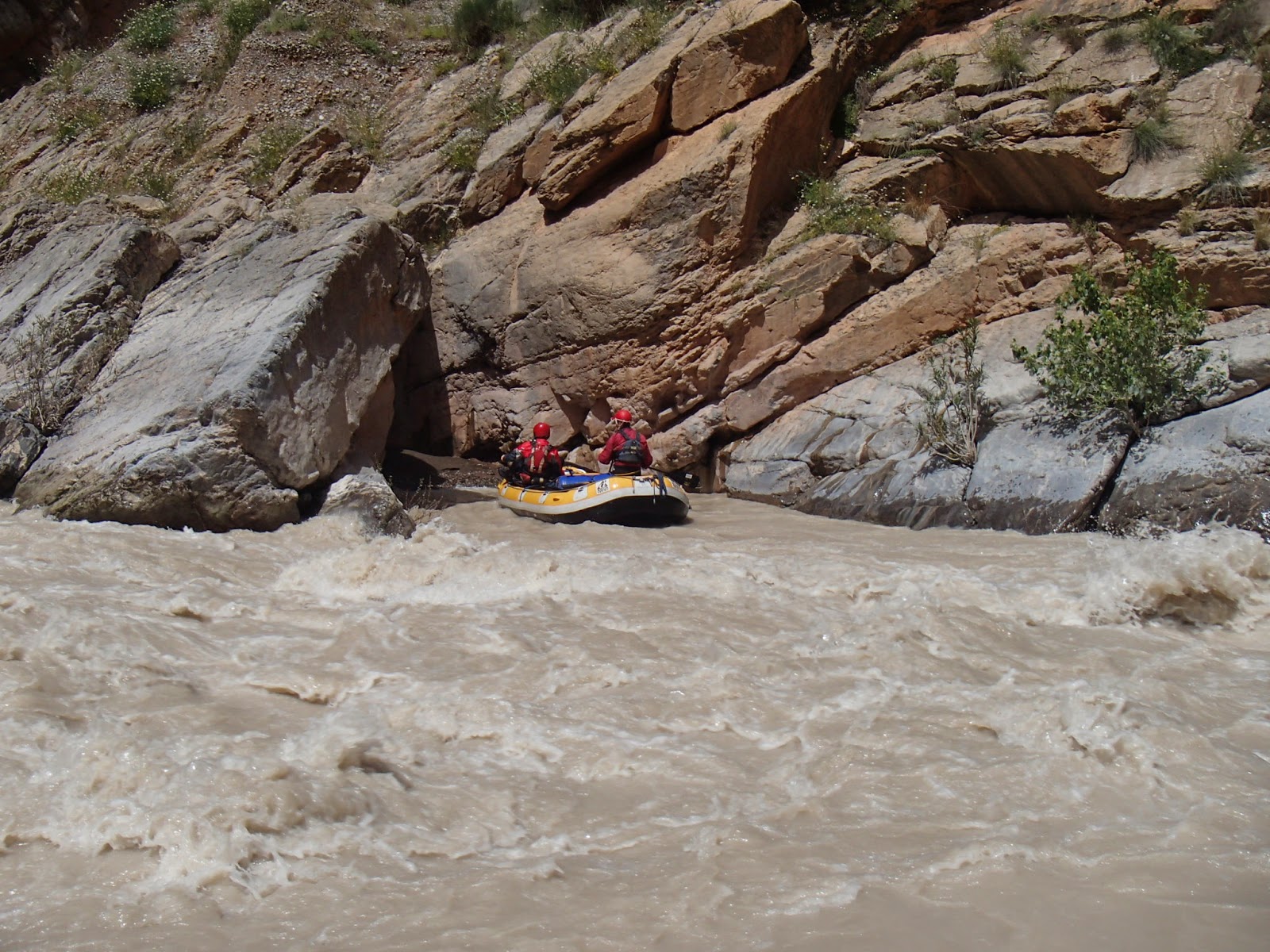 The trip leaders coped very well with the demanding scenarios put down in front of them. The relentless sun and hot weather made life a little more interesting.
We paddled down the last sections of the Ahansal through the spectacular canyon relaxing in the shade.

The Ahansal flows in to a dammed lake. We paddled the flat water out into the lake where the water went from a muddy brown color to a deep turquoise. We boarded the ferry with the rafts for the 10km journey across the lake to our waiting vehicle. We had to take advantage of this turquoise water at the takeout by finishing the day off with the flip drill test. Despite having 4 action packed days the guides were still managing to make their flip drills inside 1 minute which was great. 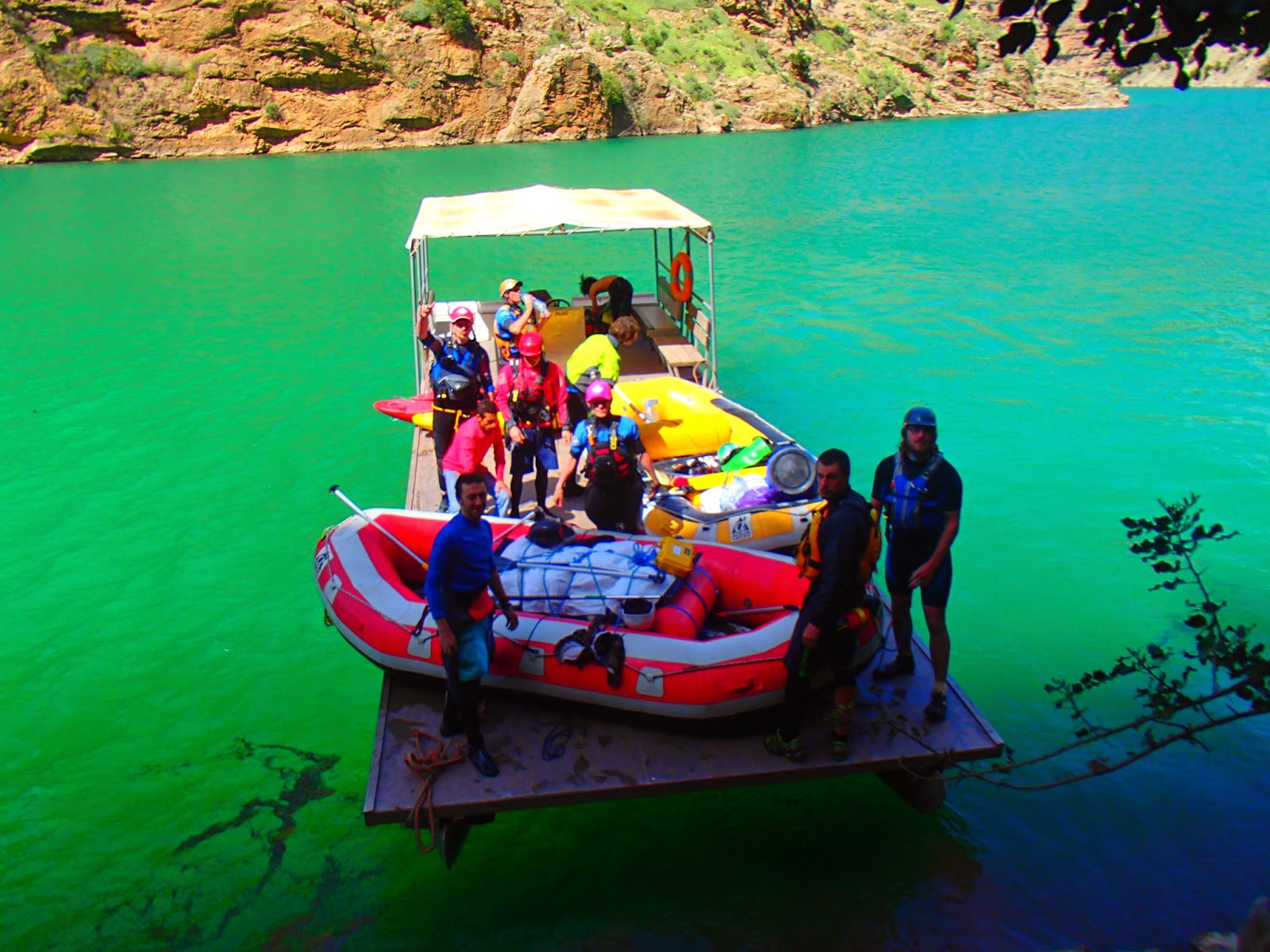 The final day of the course allowed us to complete the last remaining aspects of the safety kayak session and also this involved dealing with multiple swimmers, panicked swimmers, & unconscious swimmers. We also looked at some live bait rescues. After lunch we decided to have an open session where the guides could take a more in depth look  at any subjects they still wanted explore. Being typical guides they wanted to geek out on rope work especially mechanical advantage. We had a short session on the land before finishing the session off with building a high line across the river. The local took the chance to get a cheeky ride across the river. Our high-line now became known as the Berber ferry!

Over the week a few consistent themes came out of the course and they were. 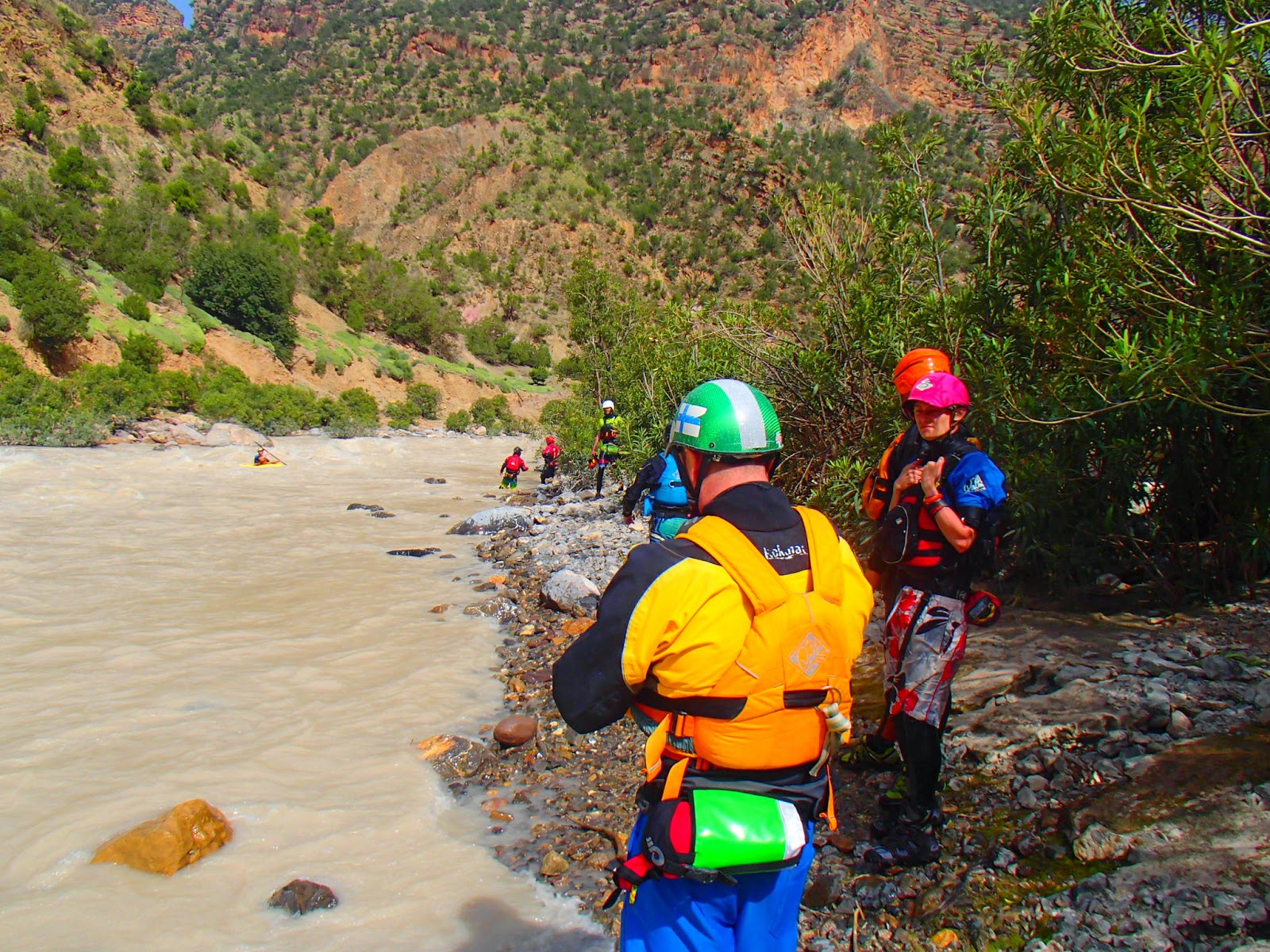 Overall it was a great week and we look forward to hopefully running another course in Morocco next year. 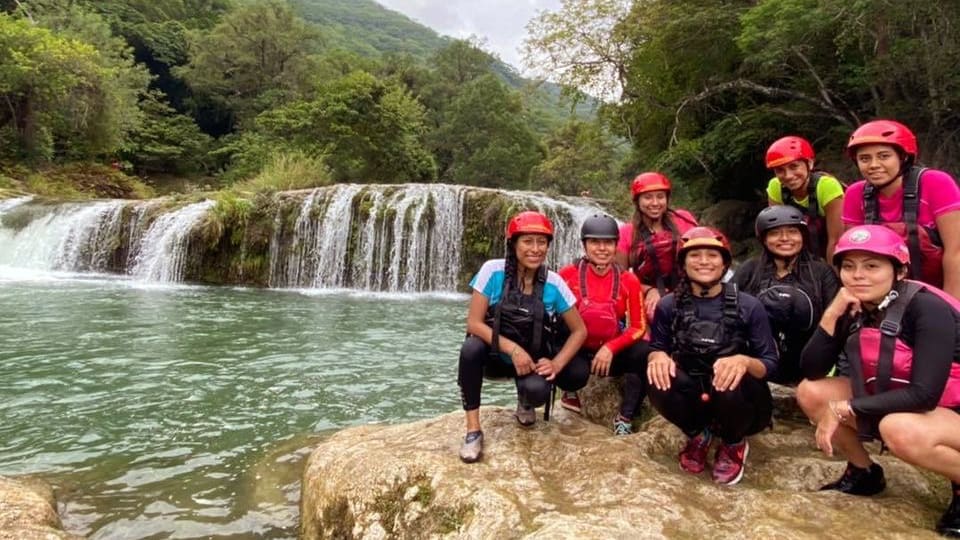 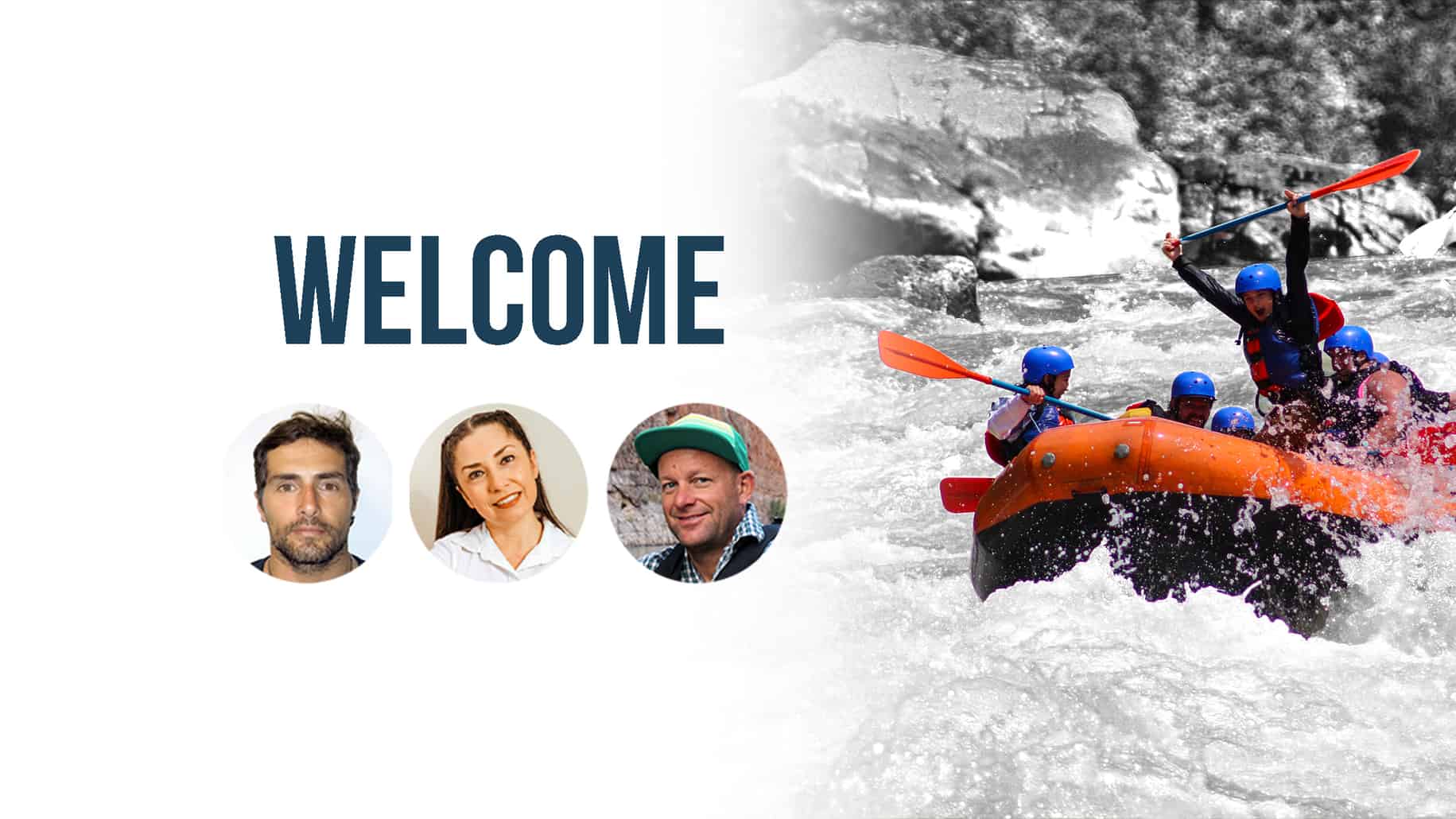 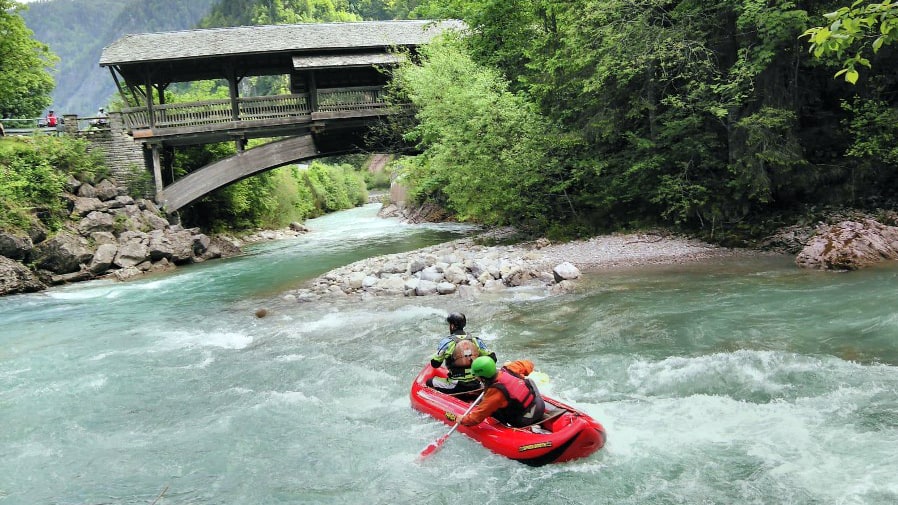 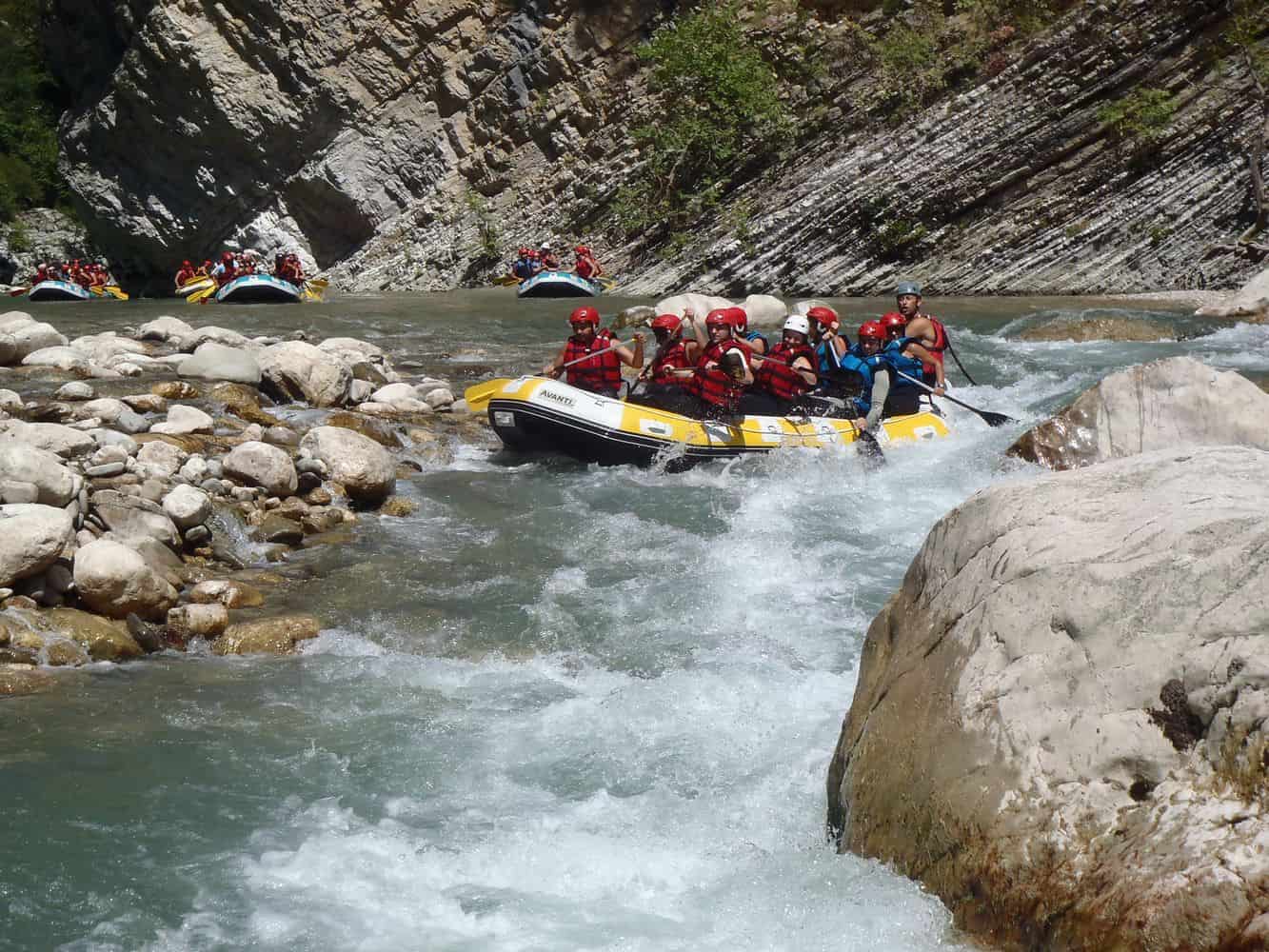 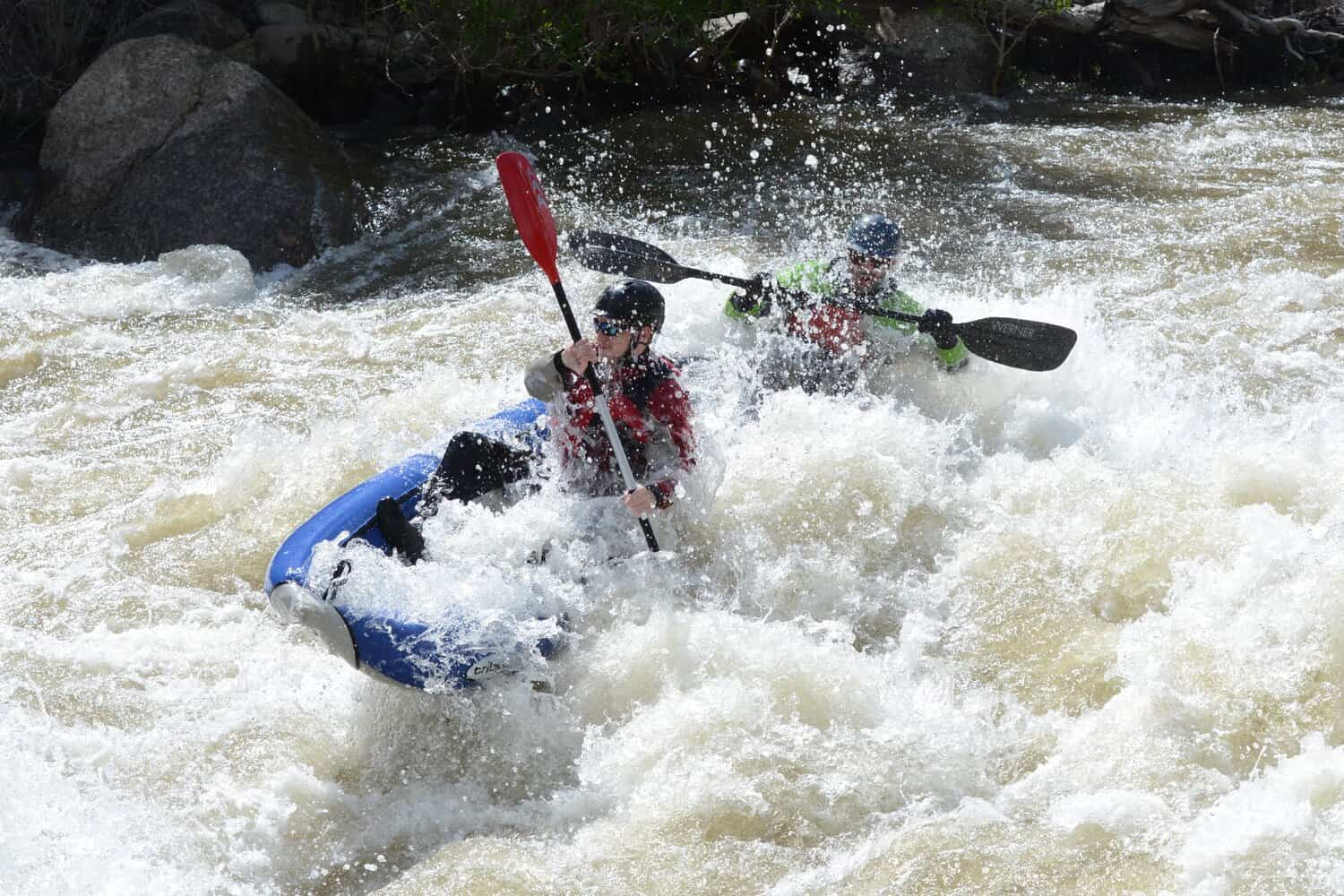 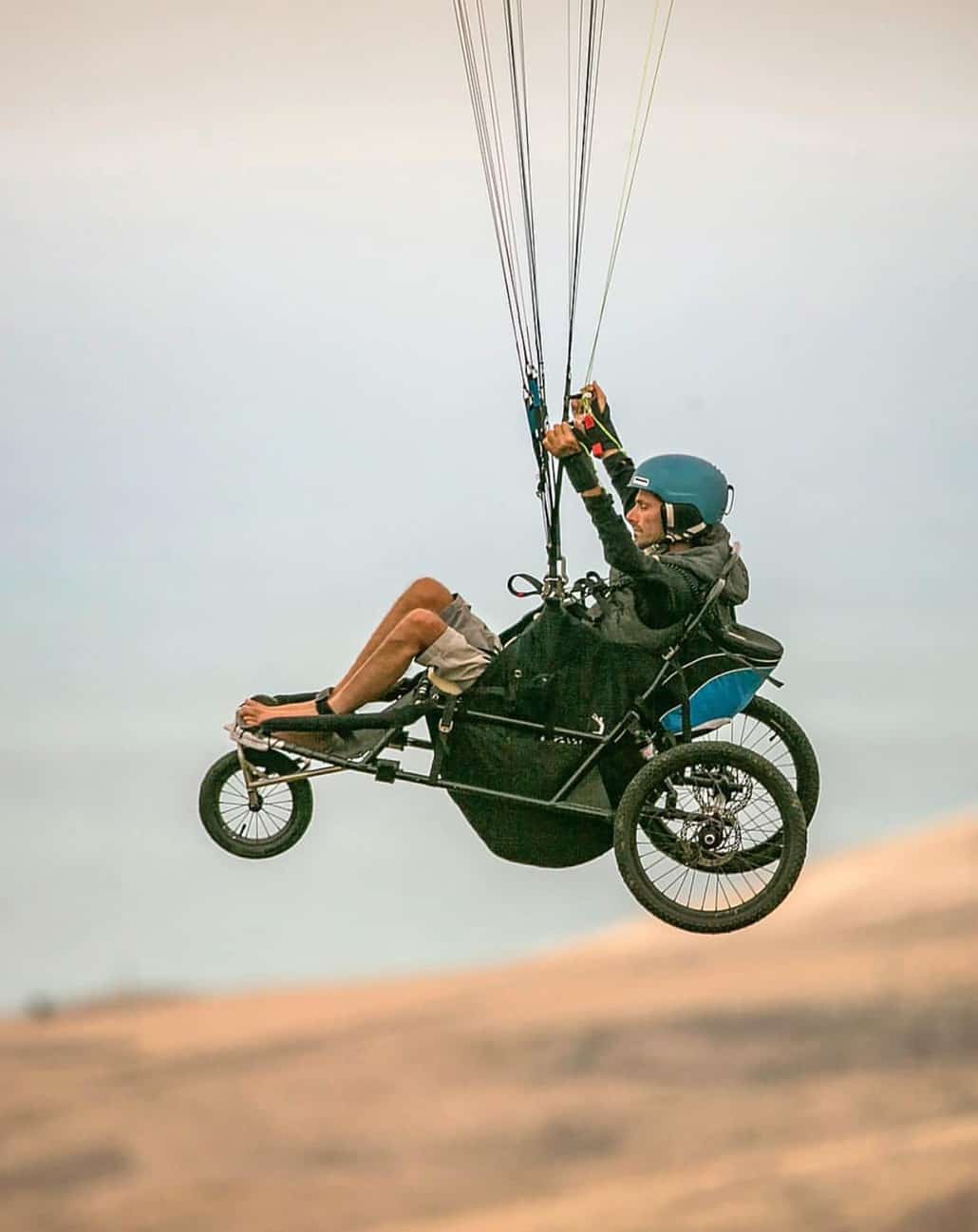 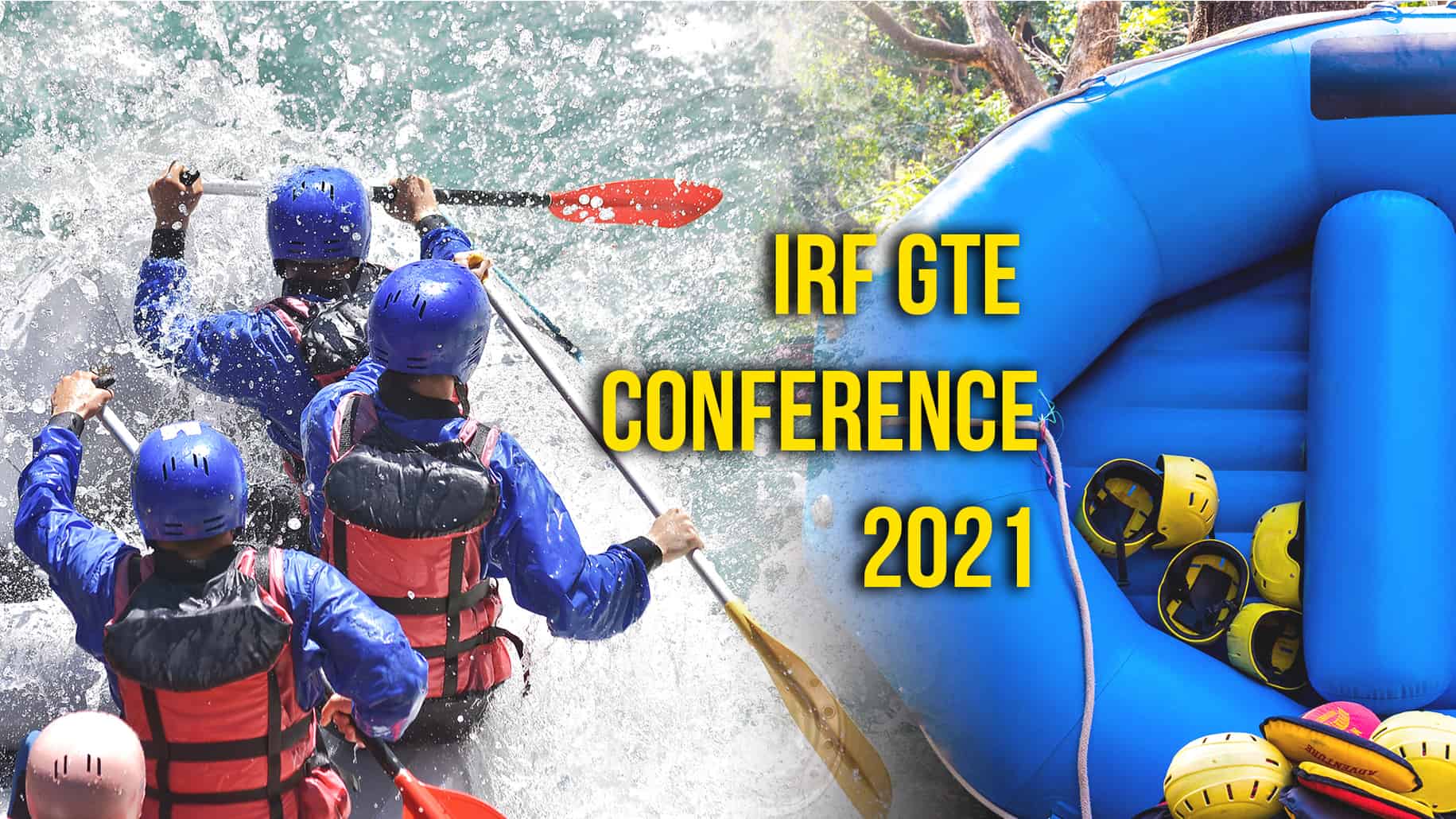