ERC R6 2015 is behind us. It was a fantastic week dotted with sun, rain, joy, disappointment, successes, training, surprises, competitions, parties and more. 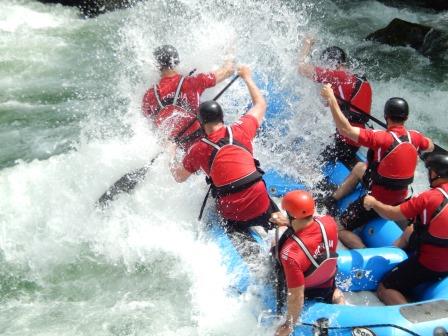 16 countries and 51 teams competed in the U19, U23, Masters and Open divisions. Slightly disappointing was the decrease in the number of women’s teams this year.

Some of the Russian teams travelled seven thousand kilometres and yet they were the most well represented at the event followed closely by the Czechs. The British teams had some new faces in their Open teams. Participation from Finland, Georgia, and Romania was refreshing.

Teams had been kindly allowed to train and use rafts long before the official beginning of the competition and I was lucky enough to join them in that relaxed and sun-drenched atmosphere. 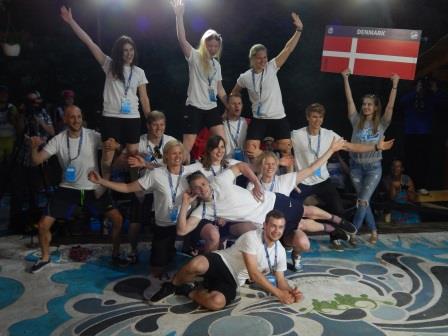 The Opening Ceremony was beautiful and a great party was held afterwards where teams celebrated reunions and the beginning of the most important competition in Europe. The large European rafting families were back together again, this time in the for the R6 ERC on the Vrbas River, City of Banja Luka, region of Karanovac and Krupa in Bosnia and Herzegovina.

It was beautiful to see that amongst the supporters were many families – grandparents, fathers, mothers and children. The Slovenians had two bus loads of fans, all in uniform, equipped with trumpets and rattles, they looked great.

The course for the Sprint and H2H was superb. They all tried to catch the fickle, best line, but many did not succeed. So it was the last rapid which either slowed them down or threw them left or right. And so started the surprises. First, the bronze medal for BiH1 Open Men’s team, and gold for the RUS1 Open Women’s team, bronze for ITA Open Women; the high 4th place for HUN1 Open Men team, but they’re good on short tracks and had a great start. Also there was the 6th place for SRB2 Open Men’s team. Gold went to TUR in U19, SLO in U23, CZE2 in Masters and Open Men.

​The atmosphere amongst the competitors was particularly heated in the H2H with passions having to be calmed by whistles of judges and some races ending with punched boats and penalties. For observers it was fun, but for the judges it was a headache. It seemed that all rules were forgotten as soon as the start whistle was blown. The Russians proved to be great in this discipline and won a total of six medals. ITA and HUN women’s teams won their first medals at a ERC.​

To make an event of this nature happen takes a very dedicated team led by a very organised chief. Aleksandar Pastir has done this before, having organised the 2009 World Rafting Champs, and he once again proved that Banja Luka has the know-how and man power to put on an event of this calibre. So many people from so many

organisations all pulled together to make everything run smoothly and to the high standard expected of the rafting community. But what seems to always stand out at these rafting events in Banja Luka is the welcoming hospitality and generous atmosphere of the locals. All teams, where ever they stayed and whoever they met, had endless praise towards all those that they encountered. So a huge thank you from all the rafters and their supporters must go to Alex Pastir and his team, from Kanyon Rafting Klub to the girls in the press center, the security guys at the river, TV crews, photographers, chefs, waiters, truck drivers transporting rafts, security guards on the road, army, sponsors, municipal representatives …. a heartfelt thanks.

Thus ended the first two days of competition at the ERC. Excellent start and warm-up for the third day of competition and Slalom. What they all wanted at the end of the Sprint and H2H competition was for the rain to stop!