Today in Foz do Iguaçu, the Open and Masters competition started at the R4 Rafting World Championship 2014 with the Sprint. 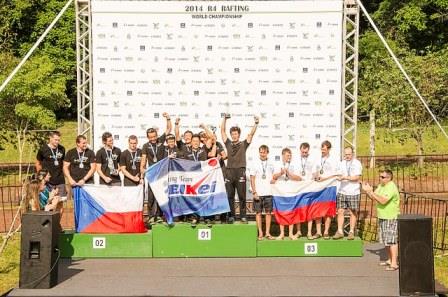 In the Open Men, Japan, the defending world champions, showed that they arrived well prepared in Foz do Iguaçu and won the Sprint with a time of 1:17:26. In second place were the Czechs with a time of 1:17:46 and the Russians were third with 1:18.84. The Brazilians finished in fourth place out of a total of 12 teams in this category.

According to the Japanese rafter, Yuko Kobayashi, the team was not that good at first, but after that the team improved. “Starting with a win is the best we can do”. 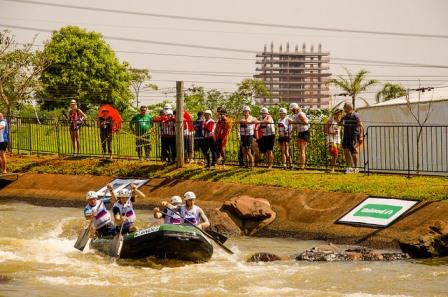 Among the female team, the Slovakian made ​​the best time of category 1:24.55, and ensured the gold in the Open Female. The Brazilian won the silver with a mark of 1:26.76 and Japanese the bronze with 1:27.08. The category is disputed between nine countries.

The Master’s Men’s category was played out and the Czechs went down the channel with a time of 1:22.45. In second place was Brazil with 1:24.10 and third was Russia with 1:30.54. The Master team of Argentina finished in fourth with a time of 1:32.77. “This is only the first step, but it already leaves us happy and confident for the upcoming days” said Yuri Wergba, athlete from the Czech Republic.

Japanese, Slovak and Czechs went ahead of the competition leading the Open Male, Open Female and Masters Male categories. Friday sees the H2H competition taking place. It will start at 9.30 and will be on live streaming as well as a live broadcast on the SPORTV channel in Brazil from 11:30 to 12:30.