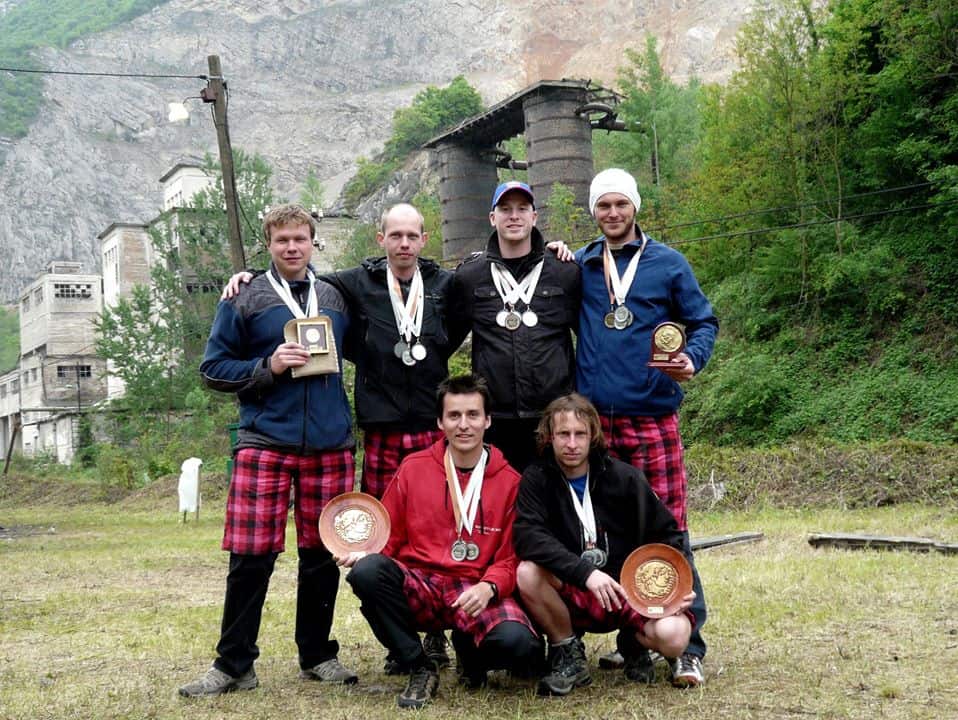 Every year they participate in at least three national and three international competitions. The highlights for this year are both Euro Champs, BiH and Slovakia. This is also a special year for them as the R4 Euro Champs, Čunovo, Slovakia, will be held in their country on the artificial course where they know every stone.

This team have existed for ten years, and was created by four classmates with a great passion for water sports. But only Tomas Scepka (right front) is still form the original group, the rest are new since then and are Michal Rechtorovic (right middle), Karol Marton (right back), Lukas Balaj (left back), Vladimir Krcha (left middle), Michal Stohl (left front). They don’t have any coach so both water sessions and winter trainings they do all the training programs themselves.

Last year they travelled to India to compete on the Chenab River in Jammu and Kashmir region and they emerged as the overall winners, so it was an experience that proved to be not only victorious, but quite spicy.We watched them in Wildalpen 2008, Val di Sole 2010 and Lipno in 2012, on the rivers in the Czech Republic, Austria, Slovenia, Serbia, Italy, Netherlands, Monte Negro and India.

Tomas Scepka – tell me something more about this contest and India? Why spicy?

“Last year our team participated in the Jammu and Kashmir International Rafting Championship on the River Chinab. This event was organised by Jammu & Kashmir Tourist Department and even though some details were very unclear before our arrival there, they were very respectful and helpful. No need to mention the poverty present in the northern part of India as we felt that every day. Every team received their own jeep with a driver and just the journey alone from our hotel to the competition spot proved to be an adventure. The organizers in cooperation with the judges chose a nice rapid section where even large boats looked miniscule, and where there were many huge waves to be enjoyed. With this sport you learn to love splashing water but when temperatures are around 4 degrees Celsius, you tend to reconsider that fondness, although it does tend to quench that fiery palate provided by the local cuisine.

However, when all this results in us having won the entire competition, we would gladly do it all again.”

You pointed out to me that your team is familiar with every stone on Čunovo. All host teams play the card of having a good knowledge of the track to their advantage, but beside that who do you see as your biggest rivals in this competition?

” Yes, we are locals, but Čunovo is quite famous in central Europe so teams from Czech Republic, Slovenia, Italy, Germany come every year and that is also nice because we can learn something new from them. Brazilian and Japanese guys are familiar with that track as well.”

Watching your ride from Austria last year and knowing the results achieved by the Slovaks in the slalom world who train on the Čunovo, is the track technically good for training?

“Because we don’t have any appropriate rivers for white water rafting in Slovakia we train at the artificial course in Čunovo very often. By practising on that track it is possible to achieve very good technical skills, on the other hand however, our results for downriver are not brilliant. We like waves in Čunovo and due to our familiarity with it, we are happy that the R4 European Championship will take place there.”

What are your expectations for the upcoming two European Championships? Do you have high expectations?

“Yes we do and I think every team should have, because it is a result of a certain process. Of course, it depends if all members of our crew are gonna be fit and ready. In addition, there are always some new teams at every Euro Champs and so that means we do not know all our rivals right know, but generally we would be happy and satisfied to hit the top ten overall. As we know that we are not able to improve on the Downriver specifically we are focusing on Slalom and Sprint these days.” 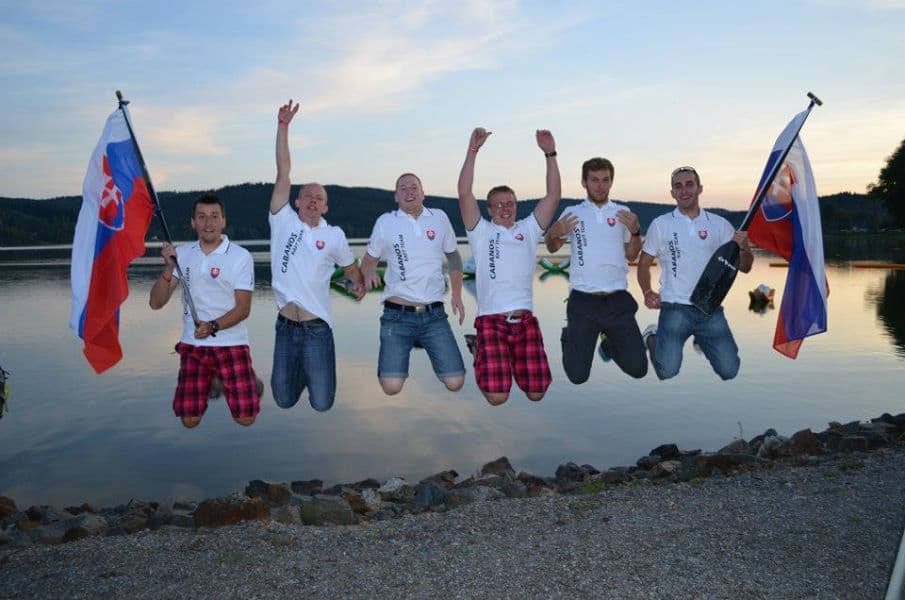 What is the funniest and the most difficult situation in which you found yourselves in the past years of paddling?

“We are quite lucky because during the past decade we haven’t had any serious injuries caused by paddling, just some scratches on the arms and lots of holes in the wetsuits. There were some tough times in India where we couldn’t train, as a few members of our team were suffering from food poisoning and found out what it is to be totally empty!

A very funny moment was when we competed in Čunovo many years ago and near the end of the track there was a big jump called “Niagara” where we got stuck and started surfing, after a few moments one side of our boat burst, then after a couple of guys fell out of the boat and at the end we also found that one of our paddles had broken. It was maybe one minute, but it was complete madness, like trying to ride a herd of wild horses.

We reminisce on that moment often, even though it was not so funny at the time.”

This determination to go to so many competitions from the team that does not have sponsors one does not see often. Come on sponsors​, make it easy for them to participate in the competitions! 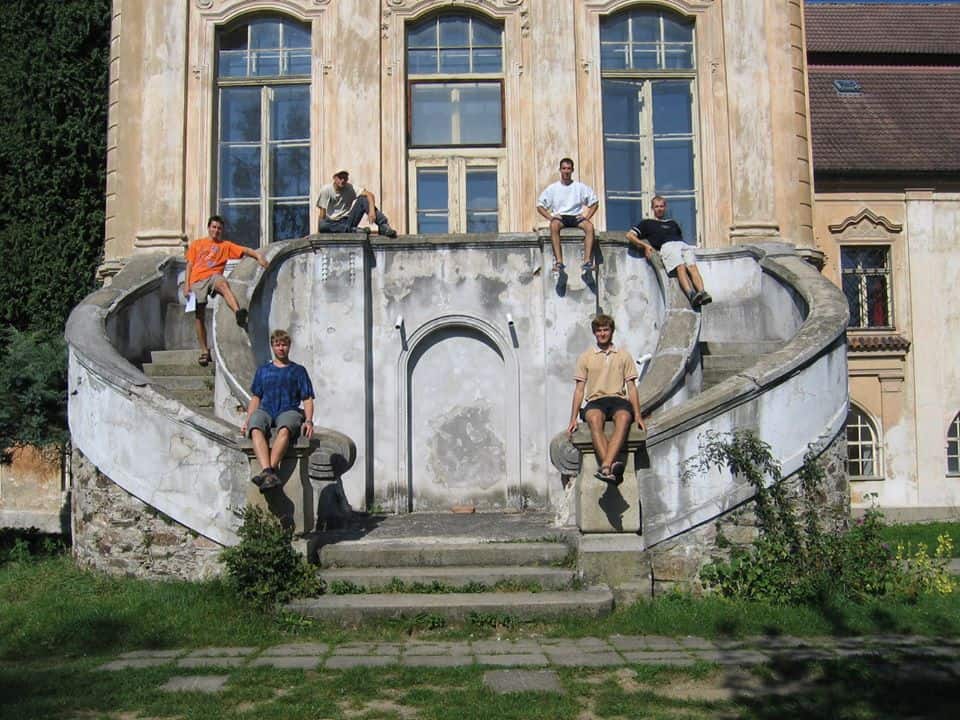 Some of their adventures can be seen on these videos:

At the European Championship we’ll see their strongest squad so pay attention to how these guys paddle, especially on the slalom. We wish you all the best and we’ll first follow your paddling on the River Vrbas, and after we will see you at home on Čunovo!