Promoting rafting over 504km of rivers in 14 days

504 km is a very long rafting regatta!!! The two rivers of Vrbas and Sava linked the two cities of Banja Luka, BiH and Belgrade, Serbia through this amazing regatta which lasted from the 23rd September to the 6th October. 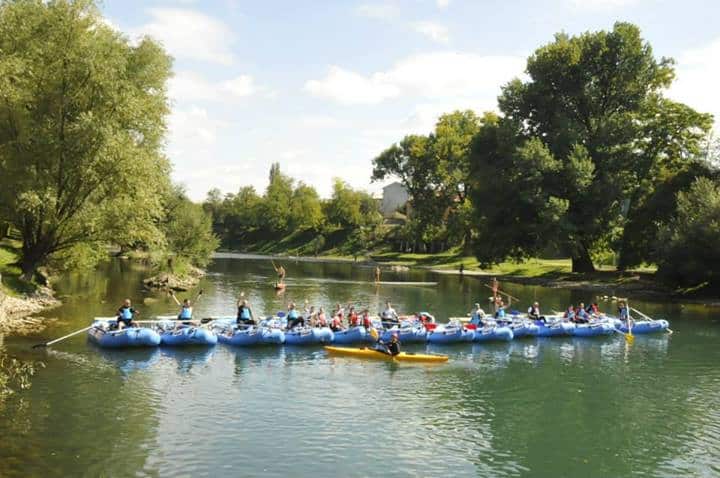 The technical organizers of the regatta were Rafting Klub “Kanjon” from Banja Luka and Nauticki Klub “Liman” from Belgrade; supported  by the Rafting Federation of Serbia and Canoe-Kayak and Rafting Federation of Republica Srpska; and the tourism organisations of Belgrade and Banja Luka. The project was supported by the Office of the Republic Srpska in Serbia and the General Consulate of Serbia in Banja Luka, BiH. 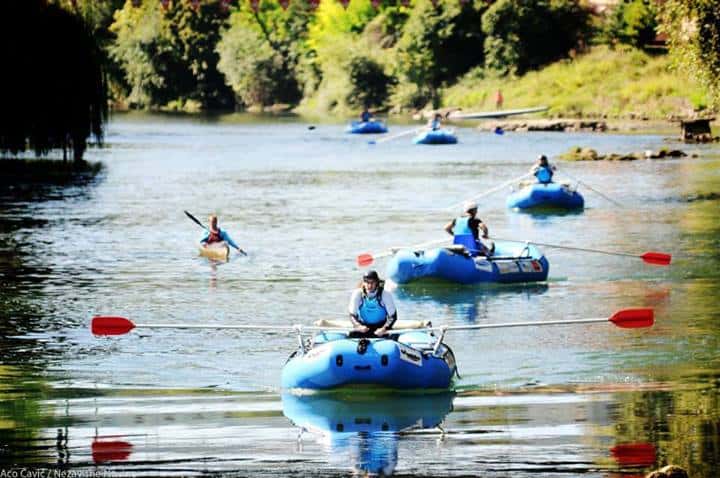 The aim of this first regattas, which next year will become an international tradition, was the establishment of new rafting clubs and the promotion of river tourism in all the municipalities along the route of the regatta. It was also to raise awareness of the importance of preserving the ecology of the river, to work on the promotion of other nautical disputes and to connect the people living along these rivers. During the race all the local communities that gravitated towards the River Vrbas and Sava were actively involved in the event, which contributed to the popularization of the sport of rafting.

To be able to show people what rivers can provide, for these rafters it was not a problem to paddle 504km over 14 days! They were led by Aleksandar Pastir, well known to many of us, organizer of Euro Champs 2005, World Rafting Champs 2009 and the R6 Euro Champs 2014! That’s why we talked to him to get a better understanding of this venture aimed at the development of rafting and more. 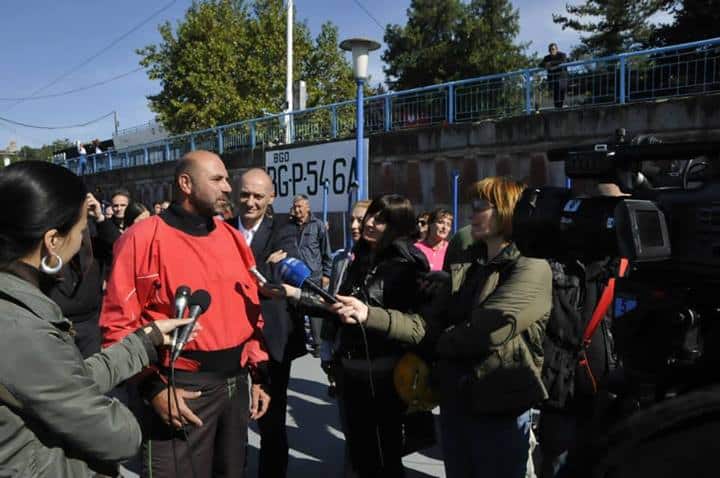 This is an amazing thing that you have done over these past 14 days – what was the response like and were new clubs formed that will take part in this regatta next year? 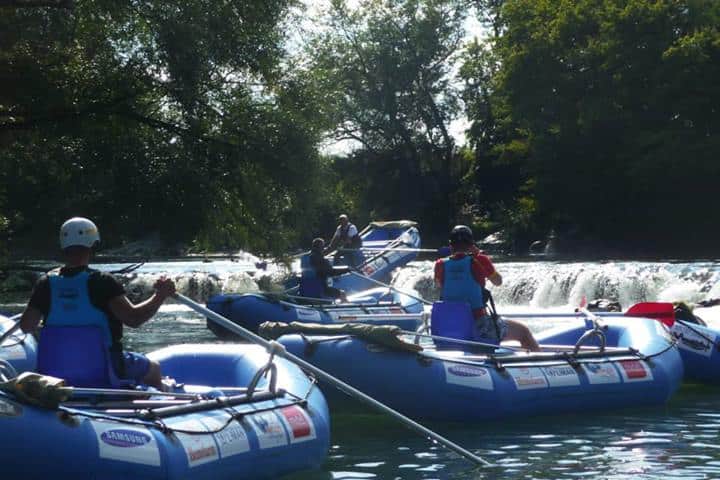 He also added that next year the regatta will start from Slovenia and Croatia as well as Bosnia and Serbia. To understand this we have to explain that the river Sava flows in Slovenia and then through Croatia into BiH and on into Serbia. Midway the Vrbas River, which starts in BiH, flows into the Sava River.  So the regatta next year will, remarkably, be an even bigger undertaking. Everyone will start from their countries and promote rafting to all the places where the Sava River flows past and all the way to where it flows into the Danube in Belgrade. There is no doubt that this promotion of rafting along these two rivers will not be hard for these lovers of rafting.

Aleksandar Pastir pointed out that this is a great and unusual sporting venture, as they daily paddled stages of 30 to 60 kilometers! I must mention that it was all on flat water which makes this project even more amazing, and that in this race were two brave rafting girls who participated: Milena Kolobaric and Irene Karlas. 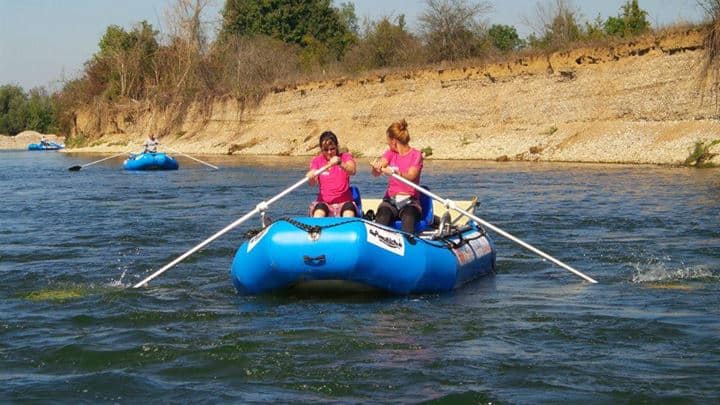 Milena – when you two started on this venture, I’m sure that you were not aware of what it really meant to paddle 500km, but what did you think would be the most difficult moments, and what were they actually? What are your overall impressions?

“No, we were not aware of how much we would be paddling. Uh, we were faced with various challenges: rain, head winds, low temperatures; 4-5 days in a row paddling 56, 52, 49, 53 km; 14 days on the water and away from civilization is an invaluable experience. At the end you realize how mentally strong you actually are when you are focused on a great goal. You appreciate yourself more and reach for greater challenges.The crowning moment was when we paddled in the dark with the sky full of stars and the moon leading our way. There is also the bonus of making new friends and the creation of new clubs … invaluable…”

Of course all this would not be possible without sponsors. Aleksandar, who are the sponsors you’d like to thank? 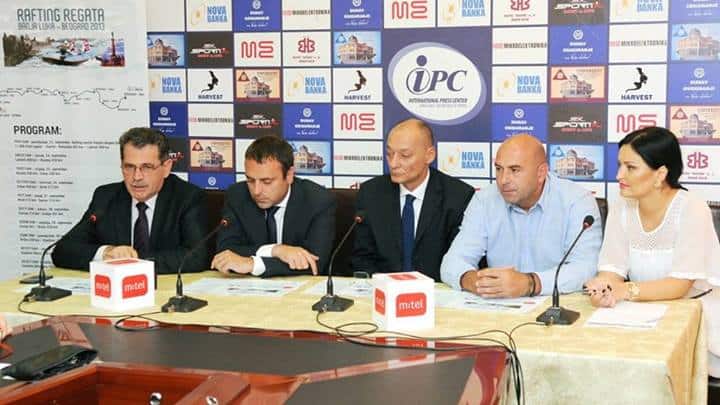 We know that many towns that lie on the flat water do not see the potential of rafting, which is a big mistake. This is definitely one of the ways that this concept can be changed. Many of the top teams do training work on the flat water. Teams from Holland, Hungary, Denmark – countries with flat water – bring medals back from international rafting competitions and promote the places from which they come, and their countries. It will be very nice to see all these new clubs participating in the European and World rafting scenes. We welcome them warmly and congratulate the organizers and participants of this great regatta.