In every sport there are some people, countries or clubs who are synonymous with the sport, and for those who recognize these names you can be said to be connoisseurs of the same. And so it is in the rafting. When you say “Hazard” – for connoisseurs of the sport of rafting this embodies everything from where they are, their success, persistence, quality of the team…

We already wrote about this very successful Slovakian team last year – Team Hazard (Aug 2012) and Catchup with BVS rafting team Hazard (Sept 2012). One thing that I did not do in those two interviews is mention their personal names :) So –  Ján Suchal, Tomáš Suchal, Peter Kmeťko, Martin Sobota, Jozef Kytka, Marek Dinka, Daniel Biksadský and coach: Štefan Lukačovič are the Slovakian “BVS – Hazard” rafting team that will participate in the WRC 13 Open Men’s category

This time we will speak with them about the honour in representing Slovakia at WRC 13 NZ, and Jano Suchal will again answer some of our questions.

You can see the river now in video footage, I know you want gold in the slalom, how will you prepare for this competition? And the Sprint is over 2 min… ? 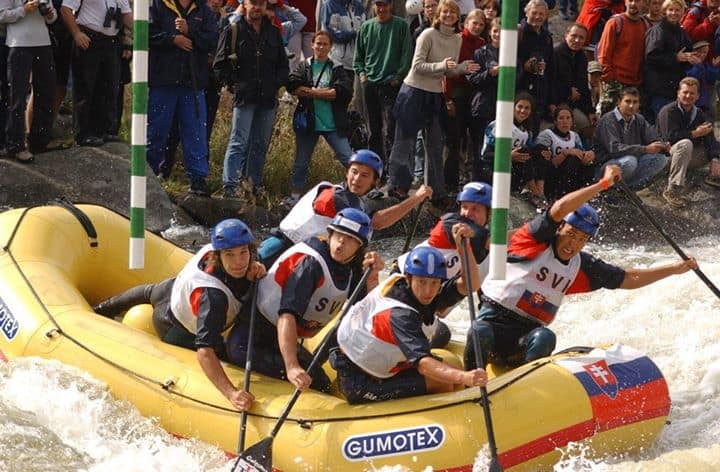 “We really hoped that the slalom course would be more challenging. Maybe the gates will make it more challenging, we’ll see. We aren’t the strongest team physically and thus non-technical slalom races are a drawback for us.

As for the Sprint/H2H length –  the official IRF rules deal with preferred run times for each discipline. I think they are pretty reasonable and organizers should adhere to these rules if its possible. Sprint around 3 minutes is a bit long, but not impossible. However a H2H race where you have 4-5 rounds and each run takes around 3 minutes, that’s going to be really painful. ;)”

Ten years ago in the slalom at WRC 2003 this team took home the bronze medal. A fantastic result for a team that was at the beginning of its career. It will be interesting to see them again at the WRC 10 years later because this is a team that has had only 1 member of the team replaced during this period.

Will you be able to come before to train? “Unfortunately no.” It is a pity. 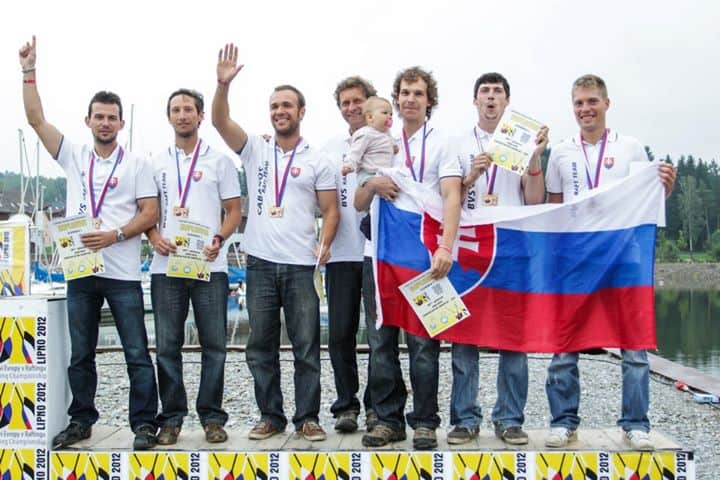 We are familiar with the fact that you have had a lot of traveling around the world thanks to your success in this sport. You now have the opportunity to go to another phenomenal destination, Your wish came true. Last year we talked about what is your next goal and you said New Zealand. Do you have a new goal?

Is there anything in particular you want to see or experience in New Zealand? 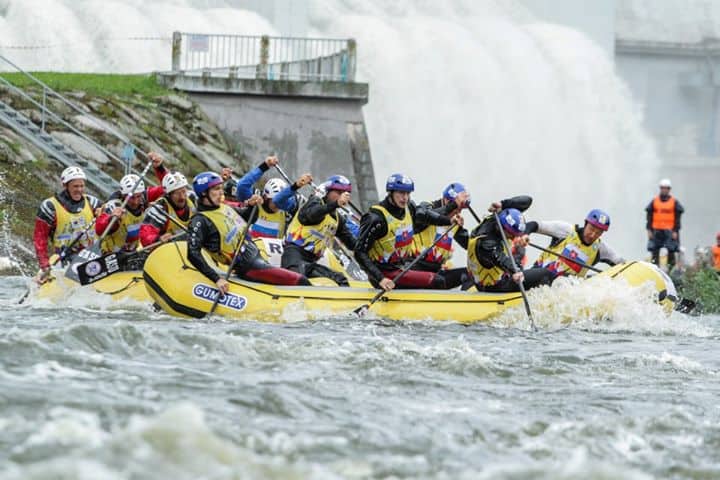 “We are really looking forward to trying out the big waterfall drop. A part of our team is staying after the competition to enjoy the nature and to travel around.”

Any sponsors you want to say thank you?

“We would like to thank our main sponsor BVS and the Slovak Whitewater Rafting Association for the support.”

Last year at the Euro Champs in the Czech Republic they placed 4th overall despite a few medals in disciplines, so we wish them luck in the forthcoming WRC 13 NZ.