Team “Cia Adventure – Crazy Cup” come from Brazil, and are Ana Clara Forlin (Team Captain), Angela de Moraes, Iasmin Carossi, Fernanda Cardias, Darlene Propodoski and Rayssa Paola Ferreira (with the average age of only 17!). They will be representing their country in the U19 category in New Zealand. The coach of the team – Julio Cesar de Borba, introduces us to this young team. 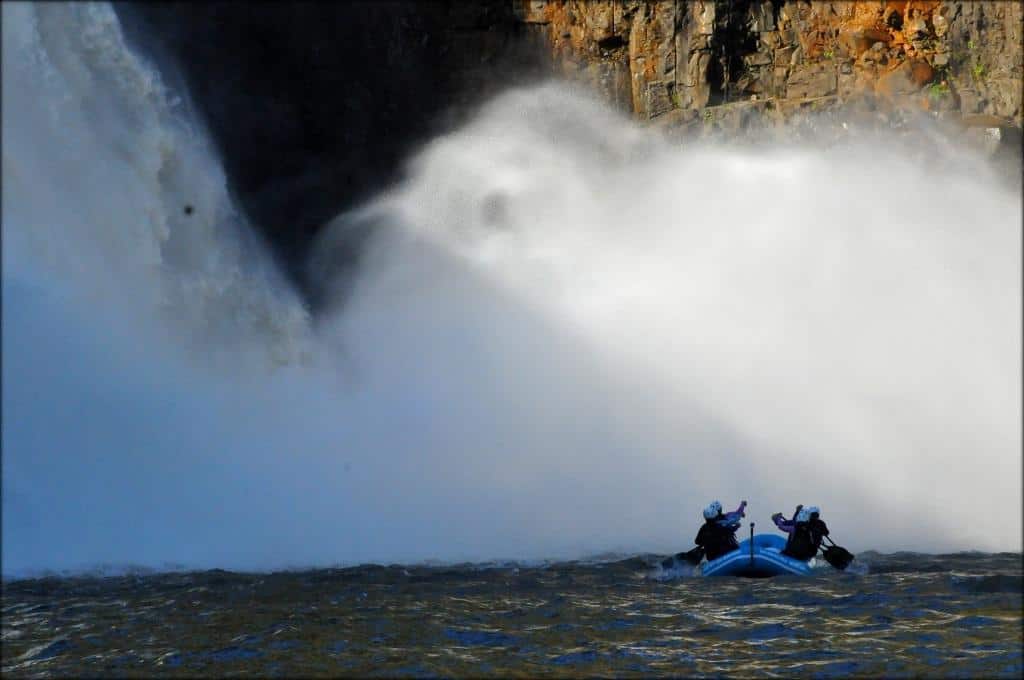 Where does the name “Crazy Cup” come from, it’s so strange? -“The origin of the name “Cup Crazy” is because the team at the beginning of each training descends the rapids with the boat turning around like a spinning cup like in the crazy movie of Alice in Wonderland! – interesting inspiration.

So Julio, can you tell us something about the history of the team? -“The team started to practice in June 2011 with 6 girls in our small town in New South Rome, a city of just over 2,700 inhabitants.  Nossa City has much in the way of Adventure Sports and one of them is Rafting on the Rio das Antas and Rio Plate.

After months of training we had our first participation in the Brazilian Rafting Championship 2011 in Foz do Iguaçu and won the Junior title. 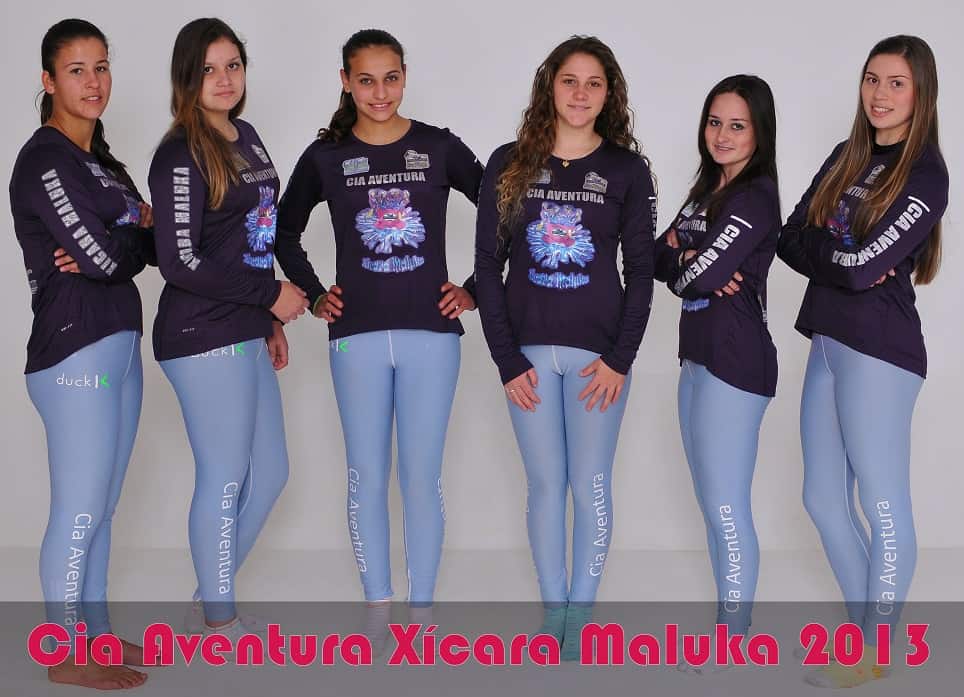 Training was intensified and the team renewed. Today athletes receive assistance from the Federal Government of Brazil with the program called “Bolsa Athlete”, which helps athletes who are winners of national and international championships.” – An excellent program!

How does your team prepare for the competitions? What type of training and on which rivers are your preparing? – “The team trains Monday through Friday, in the afternoon, on the Rio das Antas, ergometer, Fitness and TRX. All athletes study at night and work in the morning.

We train all disciplines of the competition, but the team really likes to train slalom, and Brazilian championships is always the proof that we have the best performance. We trained a lot in that discipline and the results are the proof that we are devoting ourselves quite well.”– Routine and commitment are very important. Youth is definitely there on their side. 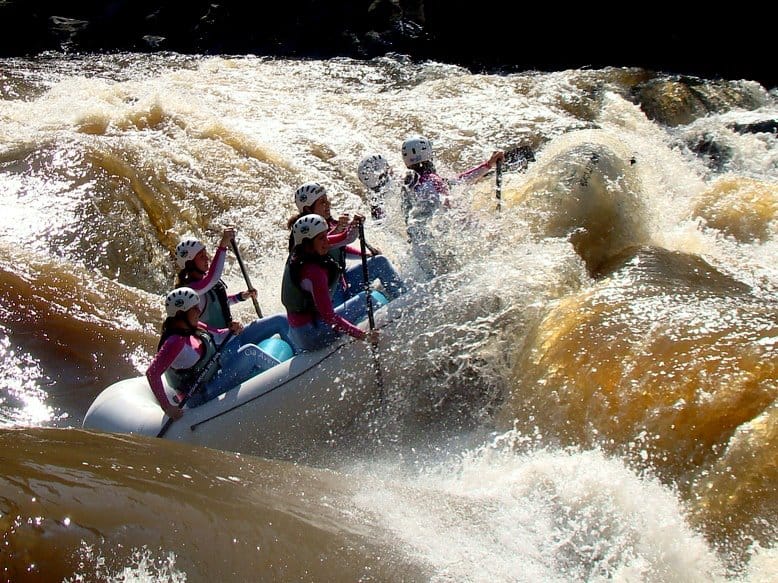 Can you tell me the name of the river in this picture, if you were training or is it a competition? And how did the girls feel after such a wave? This is a very difficult river for such young girls.-“The name of the river is the Rio das Antas, this is a rapid called “S” and is a sequence of very large waves. That photo is in training before a state championship. Training takes place on the Rio das Antas but its not always at the level shown in this photo.

The girls are well prepared and our team does good safety so that they feel safe and become accustomed to big waves which I believe is the difference in winning championships.”- Lucky they have had the opportunity to try these waves.

Do you have any expectations related to the result on WRC 13, and what are your expectations generally? -“Our expectation is to win a medal again and to perform well in these tests. We want so much to meet and see this wonderful country that we only see in movies and documentaries.”- It is certainly a dream of many…

Who is the sponsor of your team that helps you achieve your successes? – “We do want to thank the sponsors and supporters Minicipal City New Rome South Fundergs and all the companies who helped us and will help us to the Championship.” 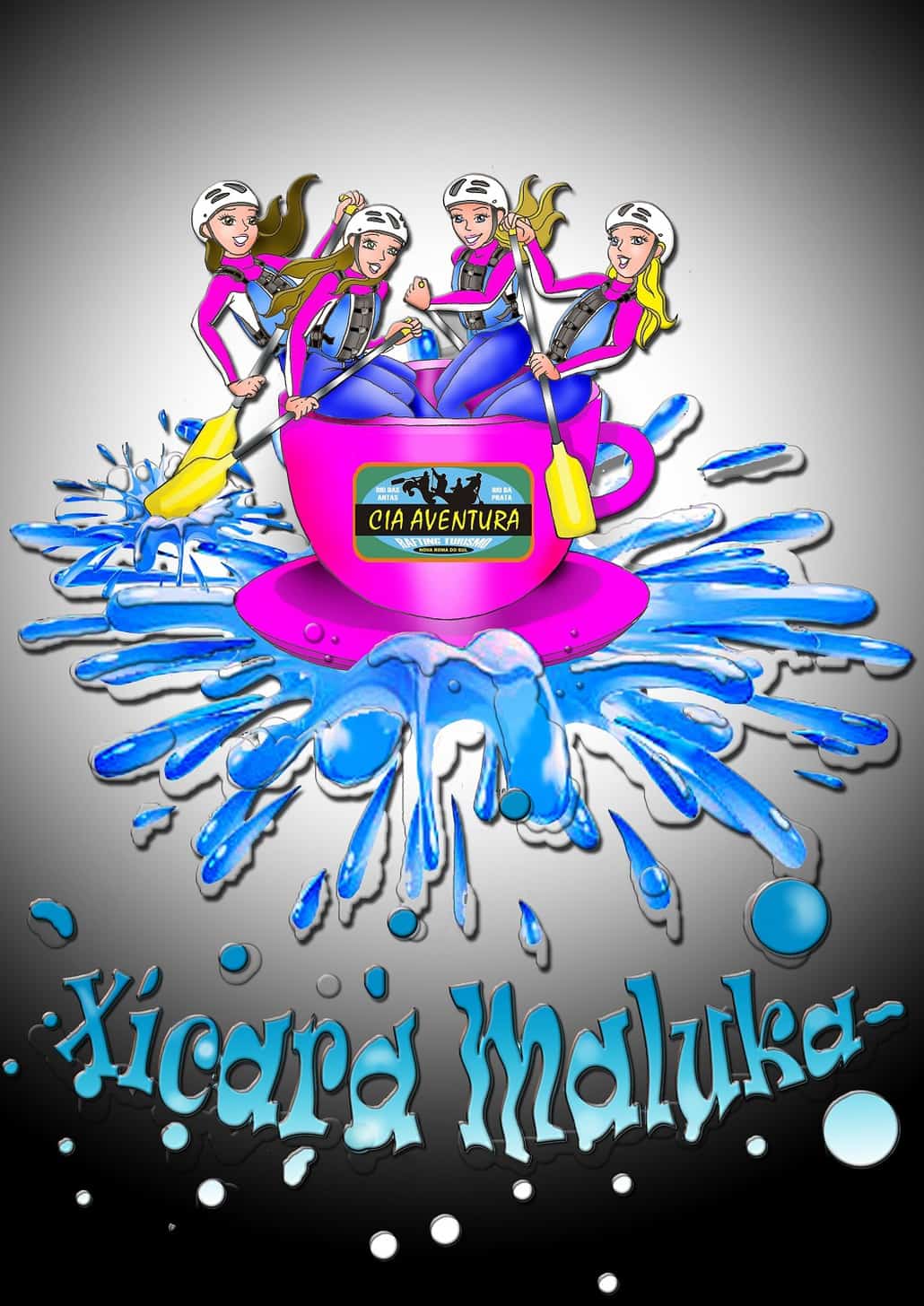 There is a hydroelectric dam on the Rio das Antas, local teams train there. How does it affect rafting and what is your collaboration with a hydroelectric company? – “Our women’s team came when the dam already existed, so we adapted to the river and the conditions that have been created. On weekends operators of rafting services schedule the release of water and the river level rises so as to have stronger waves. During the week, we train a stretch just below the Hydroelectric Dam where the flow is less and it is always the same level of water, so we can always go and compare the times in each discipline to see if we are improving, because as I said the river is the same level except when it rains such a lot that the water goes over the dam wall.

Hydroelectric “CERAN” plays an important role by supporting team rafting, because last year the dam “CERAN“, through a bill to encourage the Federal Ministry of Sports, was the company that sponsored the team that attended the World Rafting Championship in the Czech Republic.

The fact that 6 girls from a small town in the interior of Brazil, can travel the world through sport is our greatest achievement, many people never believe that the lack of patronage is our greatest difficulty.”

It was a great decision of the company to support the team. The girls have justified their departure. Their success took home the bronze medal from the U23 division of the World Championships 2012 in Czech Rep. A great achievement for such a young team, which shows how big their potential is.

– “For this year we expect to again have the support of the Hydro-power to compete in the World Rafting Championship in New Zealand. It was very difficult to get the support of own parents of athletes, but if we can go to New Zealand many things will improve! We’re sure!”- No doubts in that.

Opportunities for young people to develop through the sport, their successes affecting other young people, to promote their country in the best possible way, and to bringing home medals, is only part of what these suchh young girls are doing. So, support from “CERAN” for the team that went to the World Championships is significant on so many levels and we hope they will help them again.

This is a History Titles:

So young and already so much success behind them – highly commendable. They will surely expand on this collection of titles in New Zealand.

Certainly its an advantage to start so early. I have to admit that I’m jealous. With the youth division starting only recently, it will only be in ten years time that we will have a real insight into how important this decision was for the IRF and rafting world over all.