The 2nd race in the Argentina National Rafting Championship was successfully held on the Atuel River on the 25 and 26 September. There were 23 teams competing with paddlers coming from Buenos Aires, Bariloche (Río Negro), Alumine and Villa Peuhenia de Neuquén, Potrerillos and Mendoza capital and the hosts of San Rafael. The two divisions where men and women, with categories in U19, U23, Open and Masters. 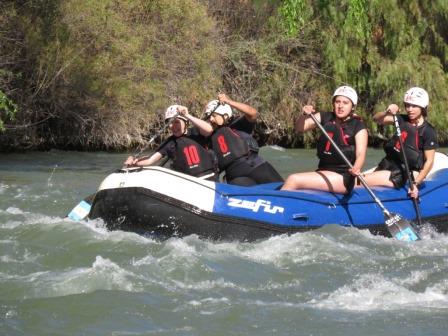 The first three disciplines (Sprint, Head to Head and Slalom) were competed on the charming track that is in front of the Radio Club Camping. The Down River discipline started from the small lake that is at the wall of the Valle Grande dam.

There were two days of intense activity with ideal weather for doing outdoor sports.

The team Mendoza Pala Ancha won the Overall with 972 points which they gained from winning the Sprint, Head to Head and Down River. They were followed by team Cactus de San Rafael which was made up of the following paddlers: Facundo Santomartino, Tomás Mesa, Francisco Méndez and León Lima, and who took the victory in the Slalom, finishing with 948 units.

There was a very impressive turn out amongst the Open Women – 11 teams in total! And it looks like it is going to be a close battle to see who will represent Argentina next year at the World Rafting Championships being held by the IRF. The victories in the different disciplines were distributed through the teams. The Cobras from Aluminé, Neuquén, won the Sprint, the Cauquenes from Villa Peuhenia, Neuquén prevailed in the Head to Head and Down River, and the San Rafael of Ohana took victory in the Slalom. 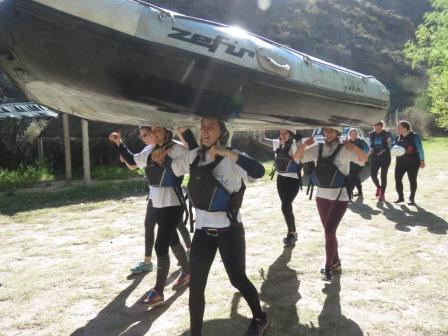 The San Rafael team of Cactus who were the World Rafting Champions in 2018, which were held in Argentina, were the decisive winners in the U23 division by taking a clean sweep win of all four disciplines and totaling 1,000 points., The paddlers were Facundo Santomartino, Tomás Mesa, Francisco Méndez (Captain), and newcomer Maximiliano Ruíz. Second was the Watusi team from Villa Pehuenia, Neuquén with 920 points and third San Rafael Jarilleros with 860 units. 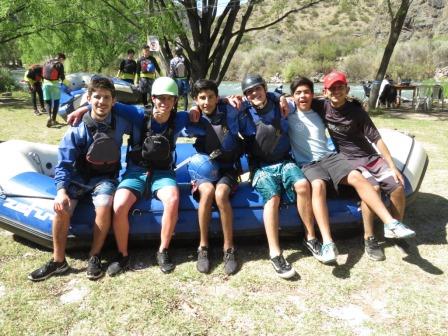 The Diamanteam from San Rafael, made up of paddlers Marcos Radys, Juancho Martínez, Lucio, Juampi Pietrelli and José Tonidandel took the clean sweep in all 4 disciplines and were followed by Waikiki from Villa Pehuenia, Neuquén, world runners-up in 2018 with Leo Laterza, Walter Pino, Fernando Fiad and Martín Arreseigor with 908 points. Urban Rafting of Buenos Aires with Cristian and Gustavo Peralta, Pablo Aperio and Marcelo “Chino” Ruíz took third with 872 points.

Cauquenes from Aluminé Neuquén were the Overall  winners with a clean sweep of disciplines, totaling 1,000 points, followed by Pancoras from Villa Pehuenia, Neuquén with 920 points. 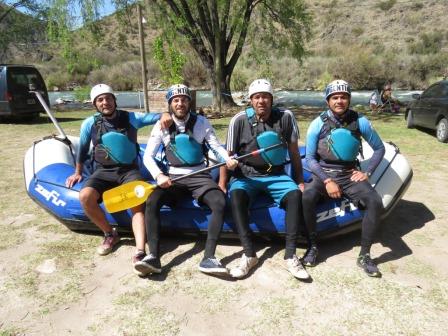 Pala Ancha is comfortably ahead in the Men’s Open, but the Open Women is a very close contest with Mandala only 3 points ahead of Cauquenes, and Ohana just over 100 points back from them.

Cactus have a fairly comfortable lead in the U23 Men, and Sinergia should take the final win in the U23 Women if they compete at even just one more event.

River Experience 1 is dominating the U19 Men and should comfortably win that category, and Leuvu should take the U19 Women.

Diamanteam has the upper hand right now in the Masters Men, and Cauquenes are totally dominating the Masters Women so far.

Link to series standings after 2 out of 4 events

An excellent sports festival of Argentine rafting that had an impeccable organization where paddlers from different parts of the country enjoyed a great weekend in San Rafael, Mendoza.

The third date of the Argentine Rafting Championship (R4), will be held on November 6 and 7 in the Aluminé river of Villa Pehuenia in the province of Neuquén.