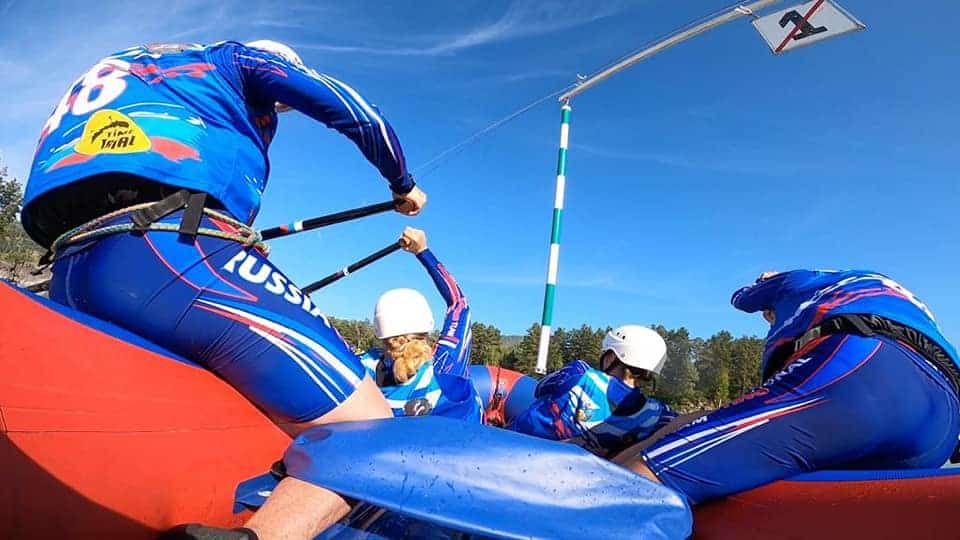 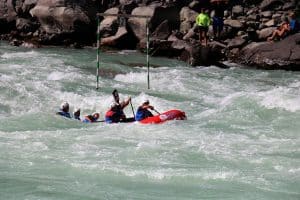 The first event to delight on the Katun River was the Russian Rafting Cup which was held from the 26 to the 31 August. The Katun River lies in the Alta region of Russia and the section of the Katun River that was raced upon was from the village of Maly Yaloman to the mouth of the Ursul River. For four days lovers of tough white water battled it out while Altai pampered the participants and spectators with sunny and hot weather. There were five disciplines in the competition and the competition was as hot as the weather. The low water level in Katun only adorned the threshold at the mouth of the Bolshoi Ilgumen River.

It was an exciting spectacle right up to the last meters of distance, where risk resulted in justification or disappointment. The consequences of mistakes, emotions, excitement, delight and tears, joy from overcoming oneself – all this was felt on the Katun River during these four days. As a result, the goals were achieved – the winners and prize-winners were identified:

The overall winners of the Russian Cup were:

Juniors Championship on the Katun River 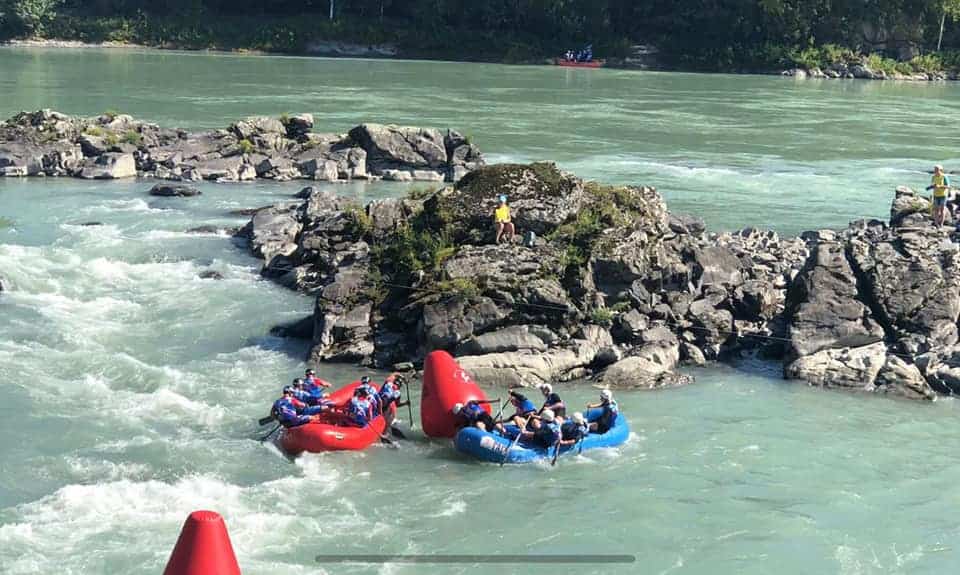 The second event to delight on the Katun River was the championships for the Junior’s (under 24 years) which was held from the 2 to the 5 September. 22 men’s crews and 10 women’s from 6 regions of Russia took part in the sports competitions: Altai and Krasnoyarsk Territories, Belgorod and Tomsk Regions, Altai Republic and Saint Petersburg. During three sunny days, athletes showed their skills, worked to the maximum, and fought with their emotions on the rough water.

Slalom had ten gates and the track turned out to be difficult, but interesting. The competition was very intriguing and after the first attempt the 6 boys from St. Petersburg were leading. But in the end, the victory in R6 and R4 for Men went to team ′′ Tomsk-Odyssey ′′. For the Women it was “Altai-Raft-GAGU” in R6 and ′′ Yeniseyushka ” in R4.

The winners and prize-winners of the Russian championship will be included in the list of candidates for the Russian sports team and will represent the country at international events.

Read about these two events in Russian on the Russian Rafting Federation website.

See some photos and videos on the Russian Rafting Federation Facebook page.

We hope to bring you news soon of the Championship Of Russia event which was recently held in R4 and R6 in the Losevo Village in the Leningrad region. This event was for the Youth and for Open Men and Women. The last event on the Russian calendar is back in the Altai Republic on the Katun River and is for the Juniors.