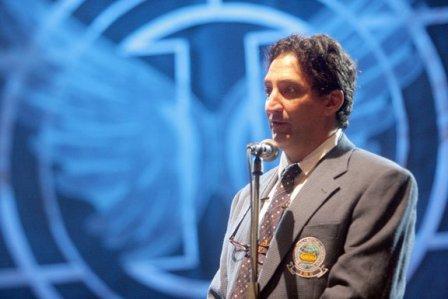 Last year at the IRF 2019 Congress held in Tully, Australia, the IRF voted to bestow the title of Honorary President on Rafael (Rafa) Gallo to honour his long and unrelenting support of rafting and in particular, the IRF.  The IRF would like to give back its unrelenting support to Rafa in this, the hour of his need, as he finds himself paddling through a life threatening Class 6  – a rapid on the river of life called Pancreatic Cancer during the time of the COVID-19 pandemic.

Rafa is a long time legend in the rafting and conservation world, and one of the founders of the IRF.  Together with Lee Porter, he motivated the key people in the raft racing world at the time to join together to create a formal organisation that would create, maintain and officiate universal race rules and world championships, as well as set standards for rafting guides and raft tour operators. And so the IRF was born.

But before even that, Rafa was captain of the rafting team that represented Costa Rica at the first international rafting competition event held in Siberia, Russia in 1989, and the second event held in Nantahala, North Carolina, USA in 1990, and served as the principle host for the 1991 event held in Costa Rica.  These early events organised by Project RAFT set the stage for the creation of the Camel White Water Challenges, which lead to the first official World Rafting Championships and the birth of the IRF in 1997.

As President and co-founder of Rios Tropicales, Costa Rica’s leading rafting tour company, Rafa has been a leading conservationist, visionary, entrepreneur, and change maker in Costa Rican adventure tourism for over 35 years. Rafa helped to lead the fight to save Costa Rica’s iconic Pacuare River from being dammed,  and sits on a number of boards where he continues to lead efforts to protect and preserve Costa Rica’s rainforests, rivers, and local communities.  A few of these boards include organisations like Fundación Ríos Tropicales, Reservas de Costarricenses, America Outdoors, Explorer’s Club, and various Costa Rican Tourism organisations.

Rafa has additionally been honored internationally and in Costa Rica with recognition and awards like the Pioneers for Prosperity, International Whitewater Hall of Fame, National Geographic Ashoka’s Changemakers Geotourism Award, TIES Innovation Leadership in Sustainable Tourism Award, and more.

Since the formation of the IRF, Rafa has served various roles on the IRF Board of Directors (BOD) for most of its existence, including IRF President, Vice President, and Chair of the Conservation Committee. He has also served as an IRF Chief Judge, and Assessor with the IRF GTE system. One of his proudest achievements was to host the first-ever carbon neutral sports world championship, the 2011 IRF World Rafting Championship, an amazing achievement.  After retiring from the IRF BOD, his new position of Honorary President has allowed Rafa to continue his ambassadorship for the IRF, his most recent work being that of working as the IRF representative with the United Nations to help train former FARC combatants in Columbia as rafting guides, and again stepping up to create and host the highly successful IRF World White Water Rafting Summit.

Over these past few months, Rafa has been going through cancer treatments in the United States and has responded positively to it. However, with the added challenge of COVID-19 threatening everything, including the health of his rafting company, it has been a hard and daunting path. But what is incredible is that none of this has slowed him down or reduced his amazingly indomitable spirit and initiative.  We salute him as we admire his strength, positive outlook and fierce determination – traits that helped the IRF grow and develop during its formative years, and are sure to help him during his current challenges.  You can hear Rafa speak about these challenges during a recent interview here with #TourismStrong.

The IRF and the world of rafting is eternally grateful for all Rafa has done and continues to do.  For those wanting to send Rafa a message of support, please feel free to do so on projectrafa100@gmail.com